TEACHERS in hard-hit Texas, Arizona and Florida may go on strike as a result of "unsafe" working conditions during coronavirus.

All three states have experienced soaring COVID-19 rates over the past few weeks, while Ohio, Tennessee, Indiana and Kentucky are also seeing a worrying uptick. 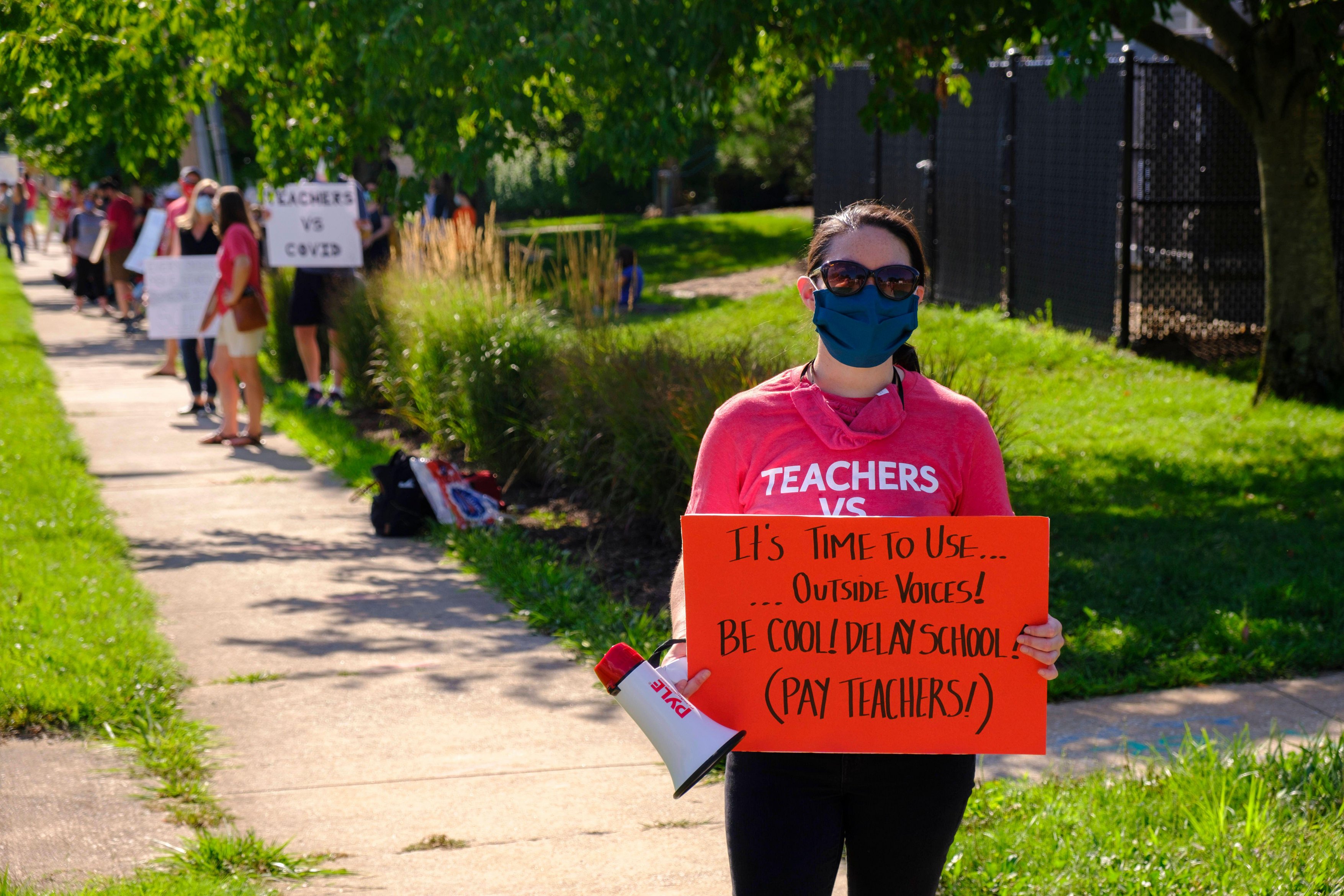 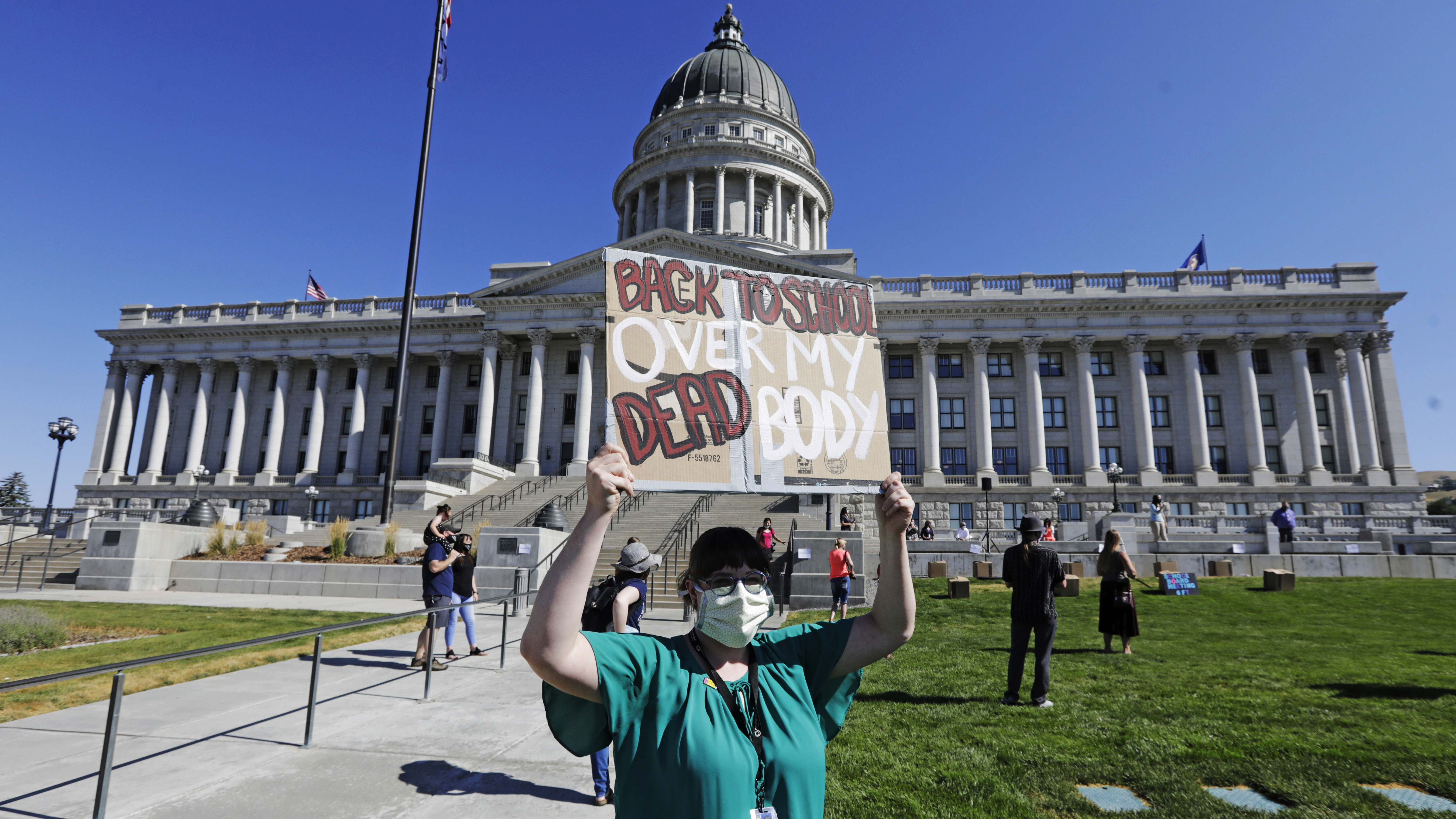 This protester's sign reads: 'Back to school over my dead body' in Utah 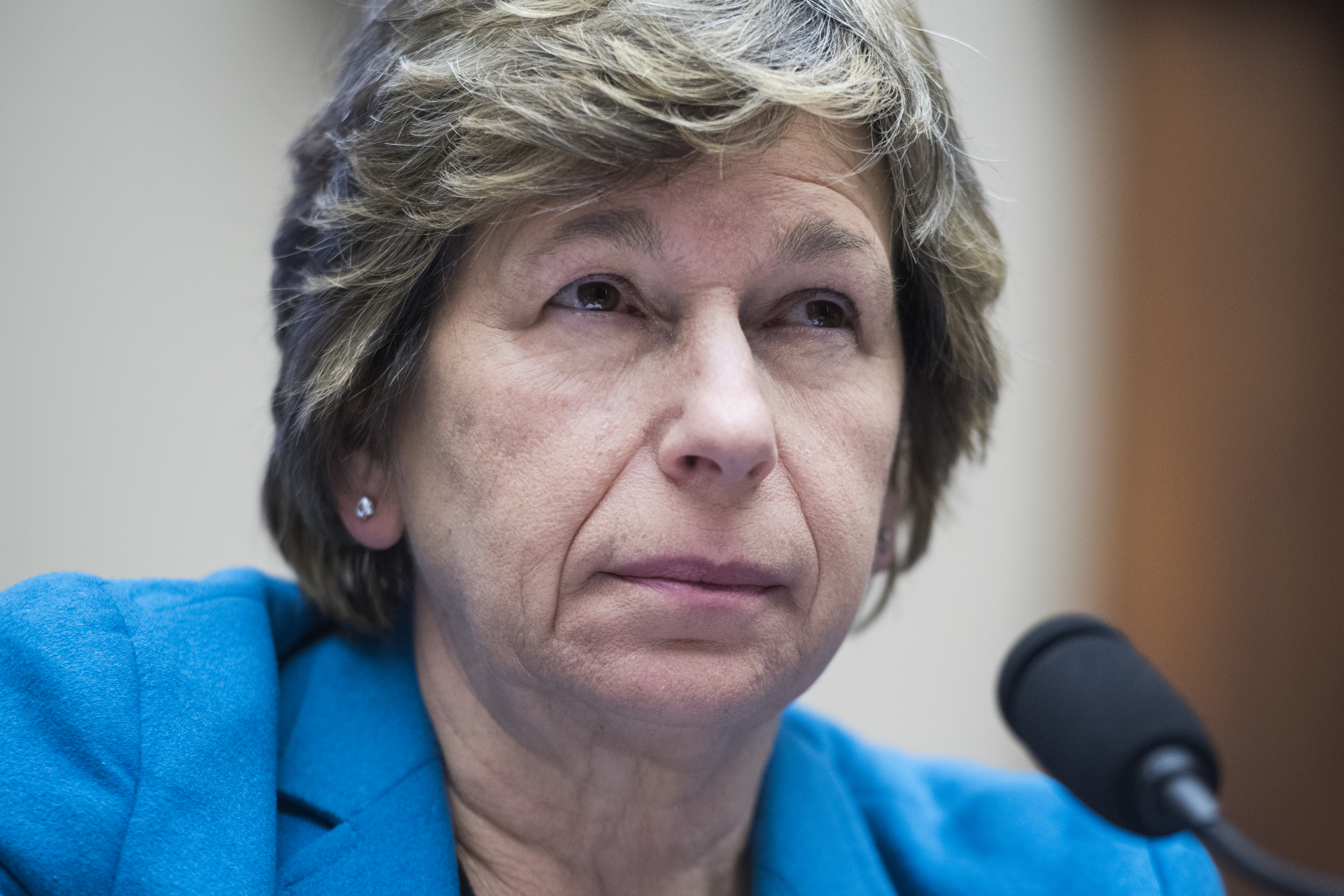 “If people die while they are educating kids, you eviscerate any credibility that you would have going forward about whether or not a school is safe,” President of the American Federation of Teachers (AFT) Randi Weingarten told POLITICO.

The organization, which represents over 1.7 million educators, has demanded that schools should only reopen for in-person instruction if the contagion rate is below 5 percent.

The AFT said facilities should only reopen its doors if high-risk educators have access to special accommodations.

The group also wants school authorities agree to shut down if there's an uptick of cases in the classroom.

The AFT want social distancing, gloves, an updated ventilation system and face coverings to be in reopened schools. 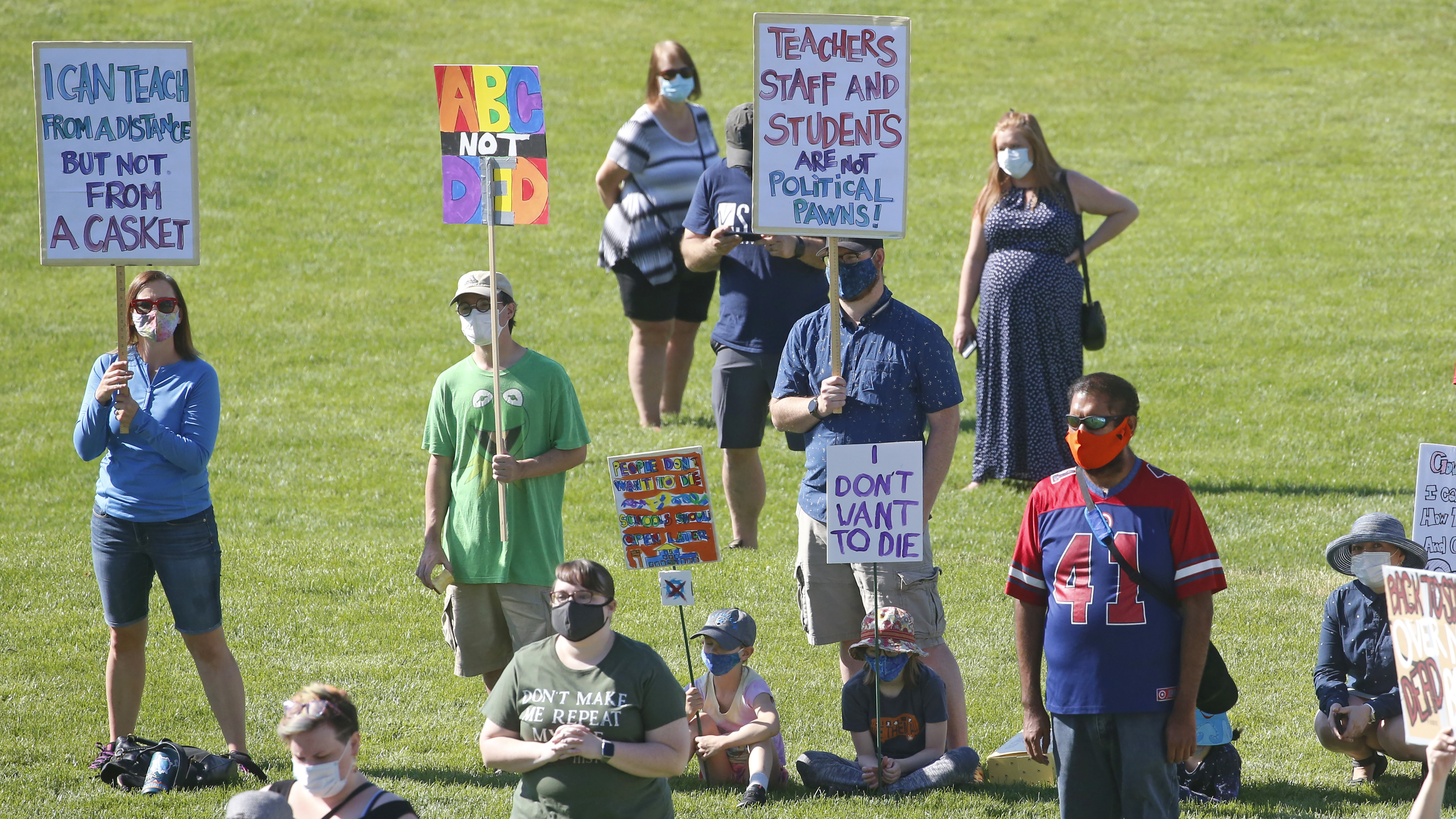 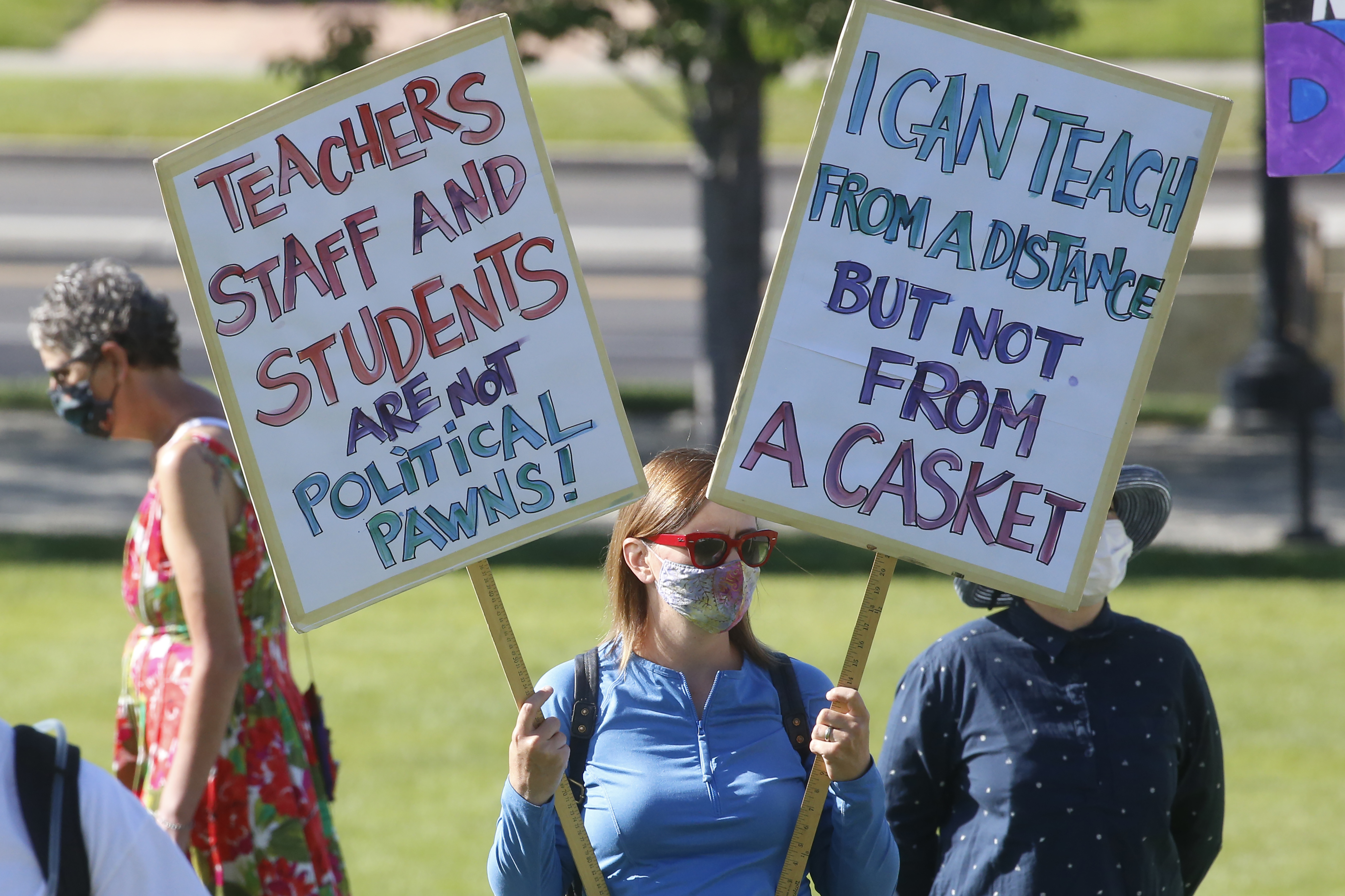 “You can’t say, at the end, ‘Okay, I just give up,'" Weingarten said. "You have to actually be true to your convictions … And if that means a safety strike as a last resort, that’s what it means.

"If you believe that the safety and health of people are really sacrosanct, then you’ve got to be able to sacrifice for it,”

As cases continue to surge in states like California, Florida, and Arizona, the debate over schools reopening has raged on.

The Trump administration is strongly in favor of getting kids back to the classroom – prompting lawmakers to ask the US Education Secretary and CDC head Robert Redfield if political pressure had anything to do with this.

“The challenging decision of whether and how to reopen schools safely for in-person instruction should be based on the best available public health information and guidance, without regard to politics,” Sen Elizabeth Warren and Rep Andy Levin asked them in a letter. 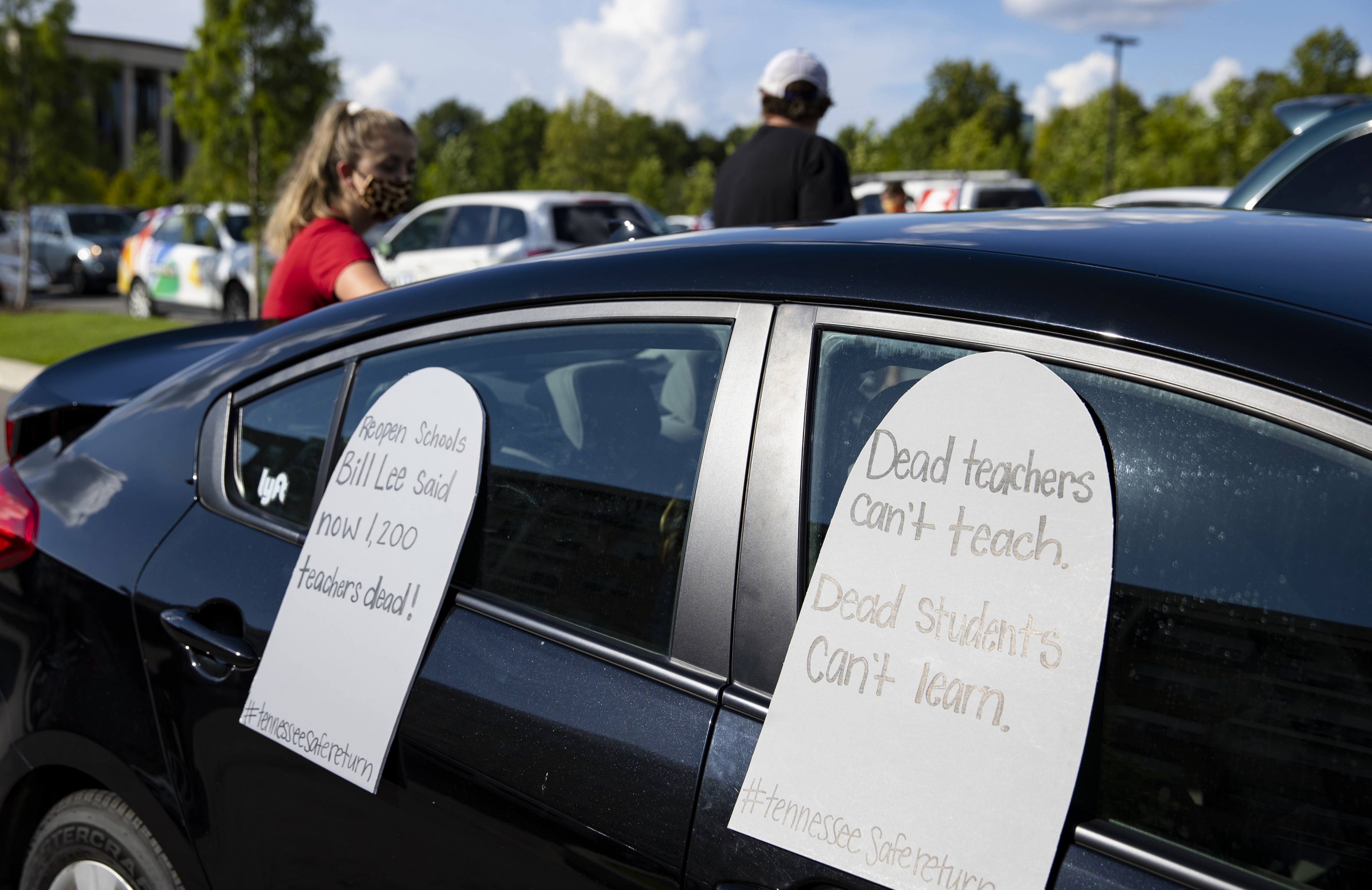 A car is plastered with signs before a protest against the reopening of schools on July 27, 2020 in Nashville, Tennessee 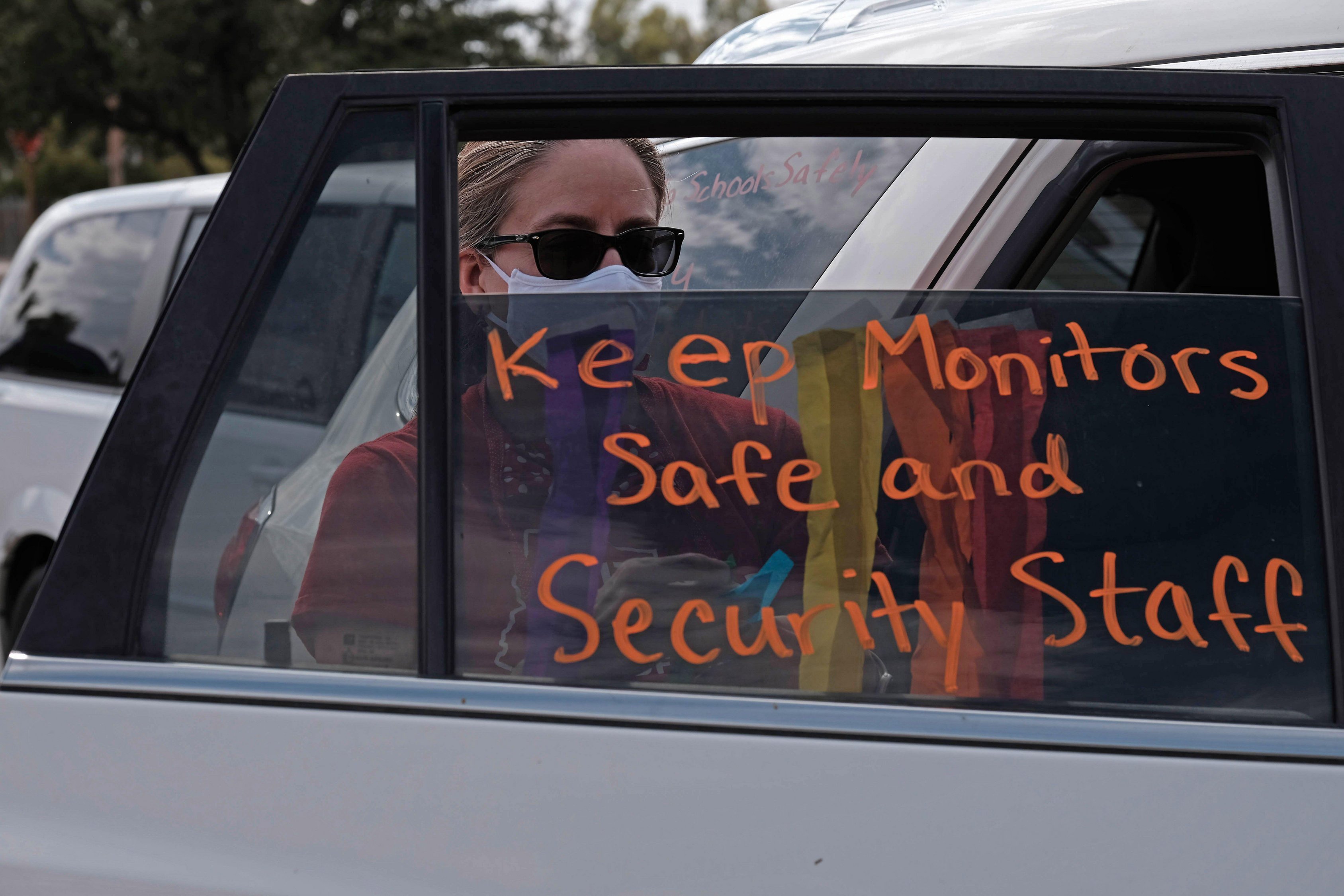