Sweden has equaled its record for the number of coronavirus deaths in a day with 114 new deaths bringing the total to over 1,000, as a group of experts attacked the authorities’ approach to the crisis.

The country has also recorded a spike of 497 new cases in 24 hours.

Sweden’s Public Health Agency said on Tuesday it had recorded a total of 11,445 confirmed cases of Covid-19 and 1,033 deaths.

It cautioned that the true number of deaths might be higher as not all deaths had yet been reported over the four-day Easter weekend. 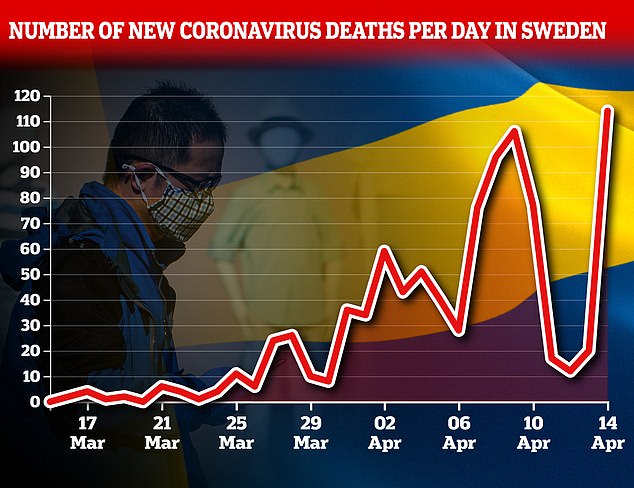 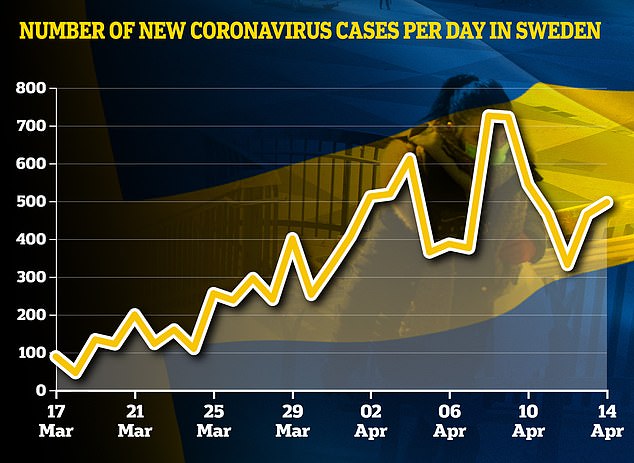 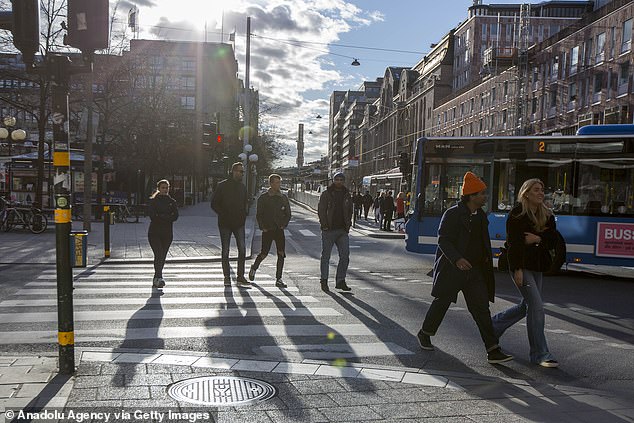 People hang out in the street in central Stockholm amid the new coronavirus pandemic in Stockholm, Sweden

‘Deceased per day is probably the figure we can trust the least today, because there is normally a lot of trailing when it comes to weekends,’ state epidemiologist Anders Tegnell told journalists.

The figures are a slight increase from Monday, when Sweden reported 919 deaths and 10,948 confirmed cases of the virus.

Sweden has not imposed the extraordinary lockdown orders implemented elsewhere in Europe to stem the spread of the virus, instead calling for citizens to take responsibility to follow social distancing guidelines.

The country is pursuing relatively liberal policies to fight the coronavirus pandemic, even though there has been a sharp spike in deaths.

The Nordic country’s softer approach has still drawn criticism abroad and the been the subject of fierce debate at home.

A group of 22 doctors, virologists and researchers criticised the Public Health Agency in an op-ed published by Dagens Nyheter newspaper on Tuesday.

They accused it of having failed to draw up a proper strategy, pointing out that the mortality rate in Sweden was now way above that of its Nordic neighbours. 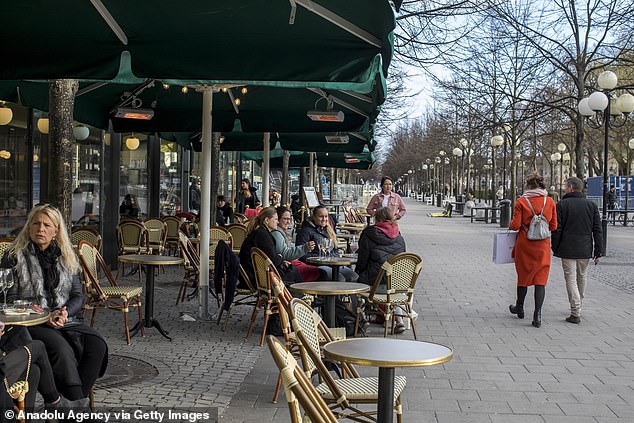 People hang out in a coffee shop in central Stockholm amid the pandemic. In an opt-ed Tuesday, some 22 public health experts called on politicians to take control, saying Sweden’s Public Health Agency had failed

“So in Sweden more than 10 times as many people are dying than in our neighbouring country Finland,” they wrote while stressing a number of more aggressive measures taken in Finland.

Finland, which has about half the population of Sweden, had as of Thursday reported 42 deaths, and has closed down restaurants and schools.

During the press conference Anders Tegnell however strongly rejected the accusations and disputed the figures they had advanced.

Tegnell has previously stated that Finland appears to be in a different phase of the epidemic, which partly explains the lower mortality.

Sweden’s Foreign Minister Ann Linde has already pushed back at criticism from US President Donald Trump last week who said the country was not doing enough to combat the virus.

Tegnell brushed off the criticism, saying the figures used by the experts were ‘erroneous.’

So far, the Scandinavian country has banned gatherings larger than 50 people, closed high schools and universities, and urged those over 70 or otherwise at greater risk from the virus to self-isolate.

The softer approach means that schools for younger children, restaurants and most businesses are still open, creating the impression that Swedes are living their lives as usual.

While most businesses in Sweden are still operating, the economic cost of the pandemic is already being felt. Last week, 25,350 Swedes registered as unemployed, according to the Stockholm Chamber of Commerce – a larger increase than during the 2008 financial crisis.

After a sharp spike in deaths in Sweden, Prime Minister Stefan Lofven proposed an emergency law allowing the quick closure of public venues and transportation if needed. Lofven also warned citizens to prepare for possibly up to thousands of deaths. 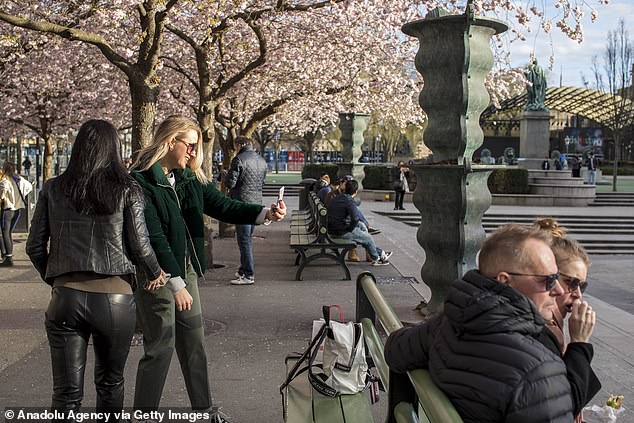 People hang out in Kungstradgarden park in central Stockholm amid the new coronavirus (COVID-19) pandemic in Stockholm. Over 1,000 people have died from coronavirus in Sweden and the number of confirmed cases has passed 11,000 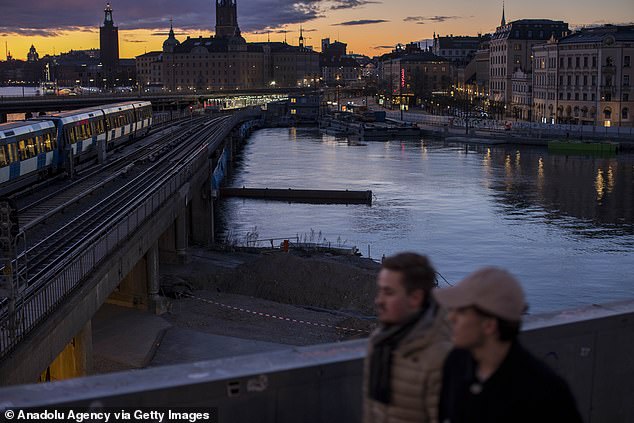 People pictured out in central Stockholm amid the coronavirus pandemic. After a sharp spike in deaths in Sweden, Prime Minister Stefan Lofven proposed an emergency law allowing the quick closure of public venues and transportation if needed

Nevertheless, Tegnell, the chief epidemiologist, insists that Sweden’s approach still seems to make sense, though he also acknowledges that the world is in uncharted territory with the virus.

He argued that while Sweden might have more infections in the short term, it will not face the risk of a huge infection spike that Denmark might face once its lockdown is lifted.

‘I think both Norway and Denmark are now very concerned about how you stop this complete lockdown in a way so you don’t cause this wave to come immediately when you start loosening up,’ he said.

He said authorities know that the physical distancing Swedes are engaging in works, because officials have recorded a sudden end to the flu season and to a winter vomiting illness.