A SUSPECT accused of shooting two cops and stabbing a third in Brooklyn screamed “Allahu akbar!” three times during the unprovoked attack.

Dzenan Camovic, 20, allegedly ambushed a group of cops on an anti-looting patrol in Brooklyn before plunging a knife into one of the officer's necks. 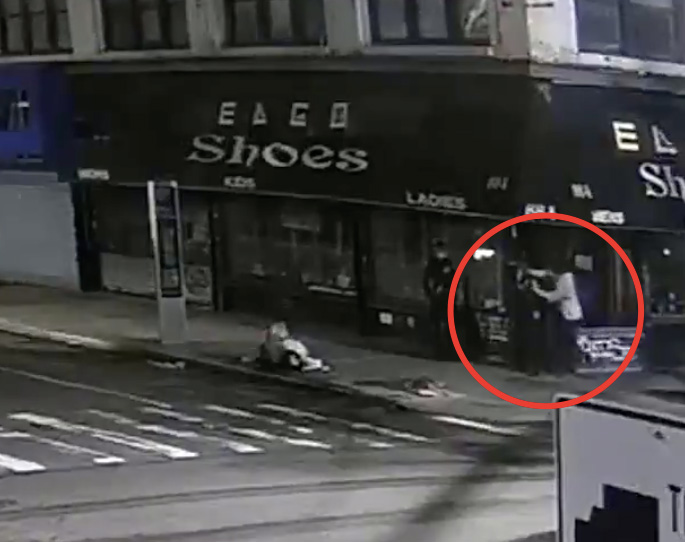 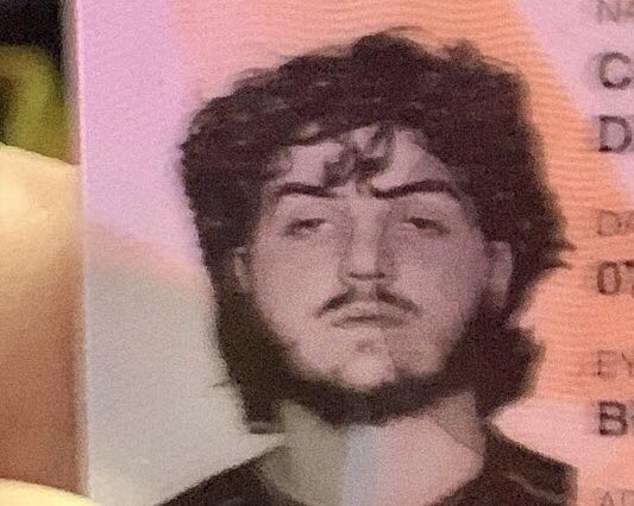 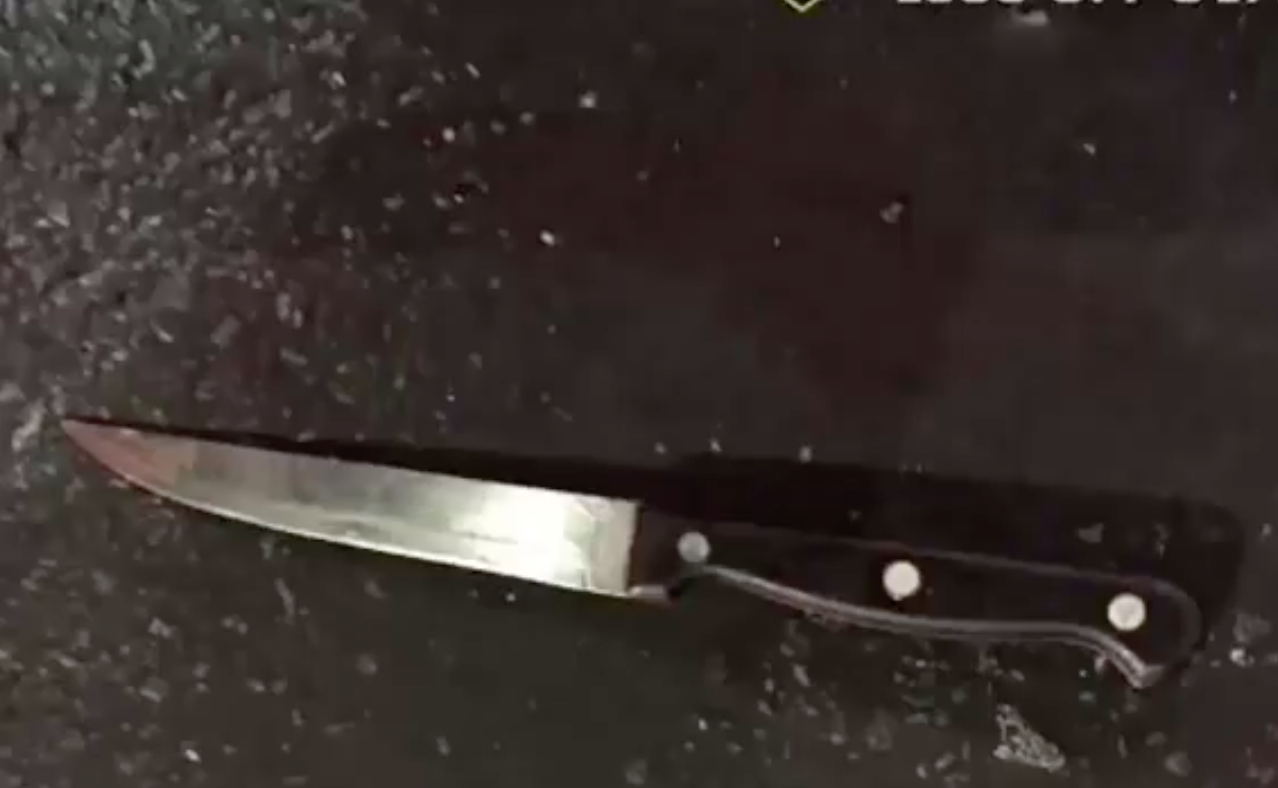 Police said he then took control of that policeman's gun and shot the other two deputies in the hands.

Camovic is then accused of screaming “Allahu Akbar” three times.

He was then himself shot and injured by another police officer who quickly responded to the scene in Flatbush.

Camovic, who along with his family immigrated from Bosnia, is currently in a critical condition in hospital and police have yet to interview him as he is intubated in hospital.

The New York Post reports he is expected to be charged with three counts of attempted murder.

'ALL THE HALMARKS OF A TERRORIST PLAYBOOK'

Meanwhile the FBI is also said to be reviewing the case to see if federal charges should be filed.

Camovic's family members told the Post that he was a practicing Muslim, but was "absolutely not a terrorist".

Officers so far say they have not linked him to any specific terrorist groups.

But the NYPD's deputy commissioner of counter terrorism, John Miller, said the attack had "all the hallmarks that would be out of the terrorist playbook".

The department, which has released both surveillance and bodycam footage from the attack, say the episode was both unprovoked and pre-planned. 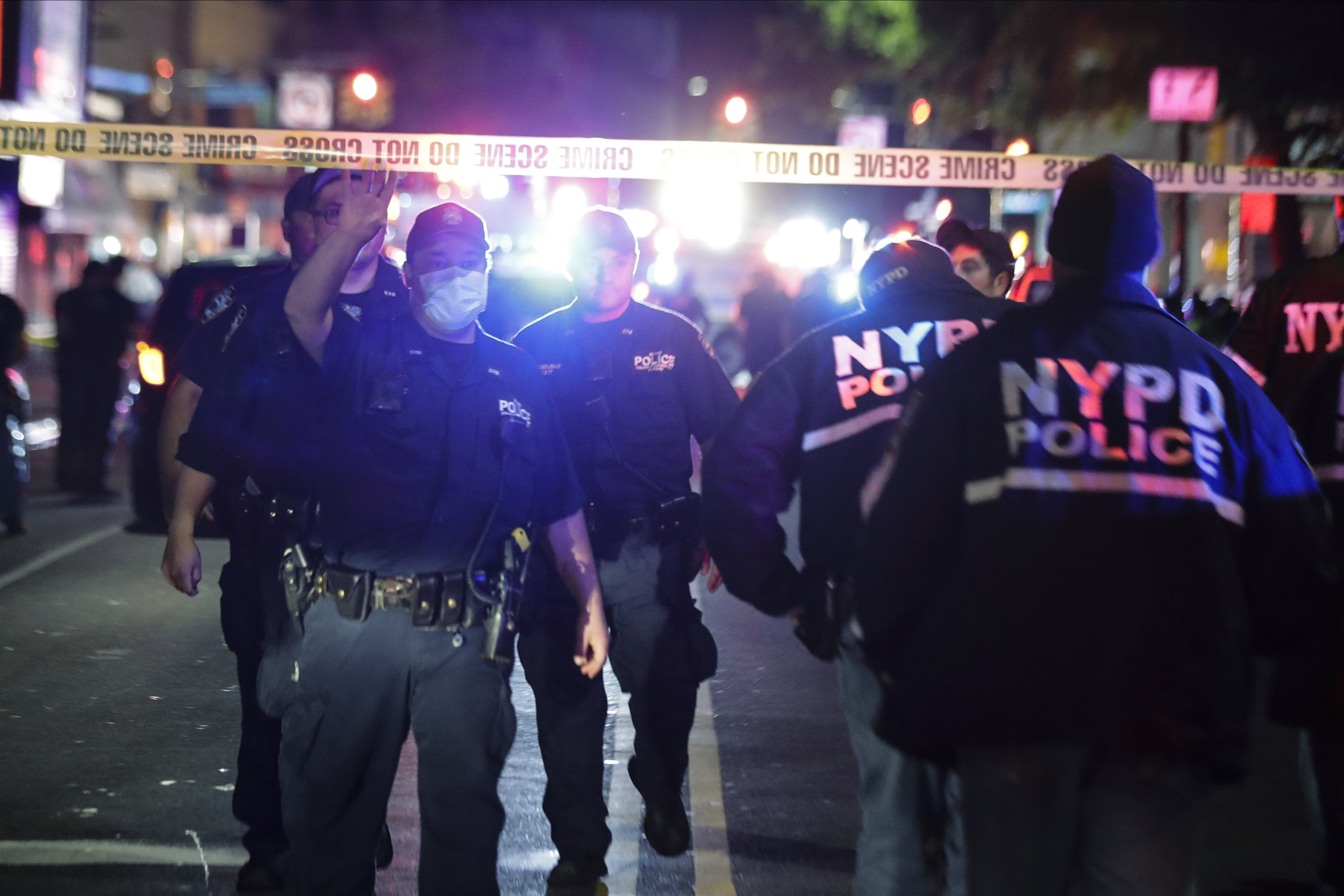 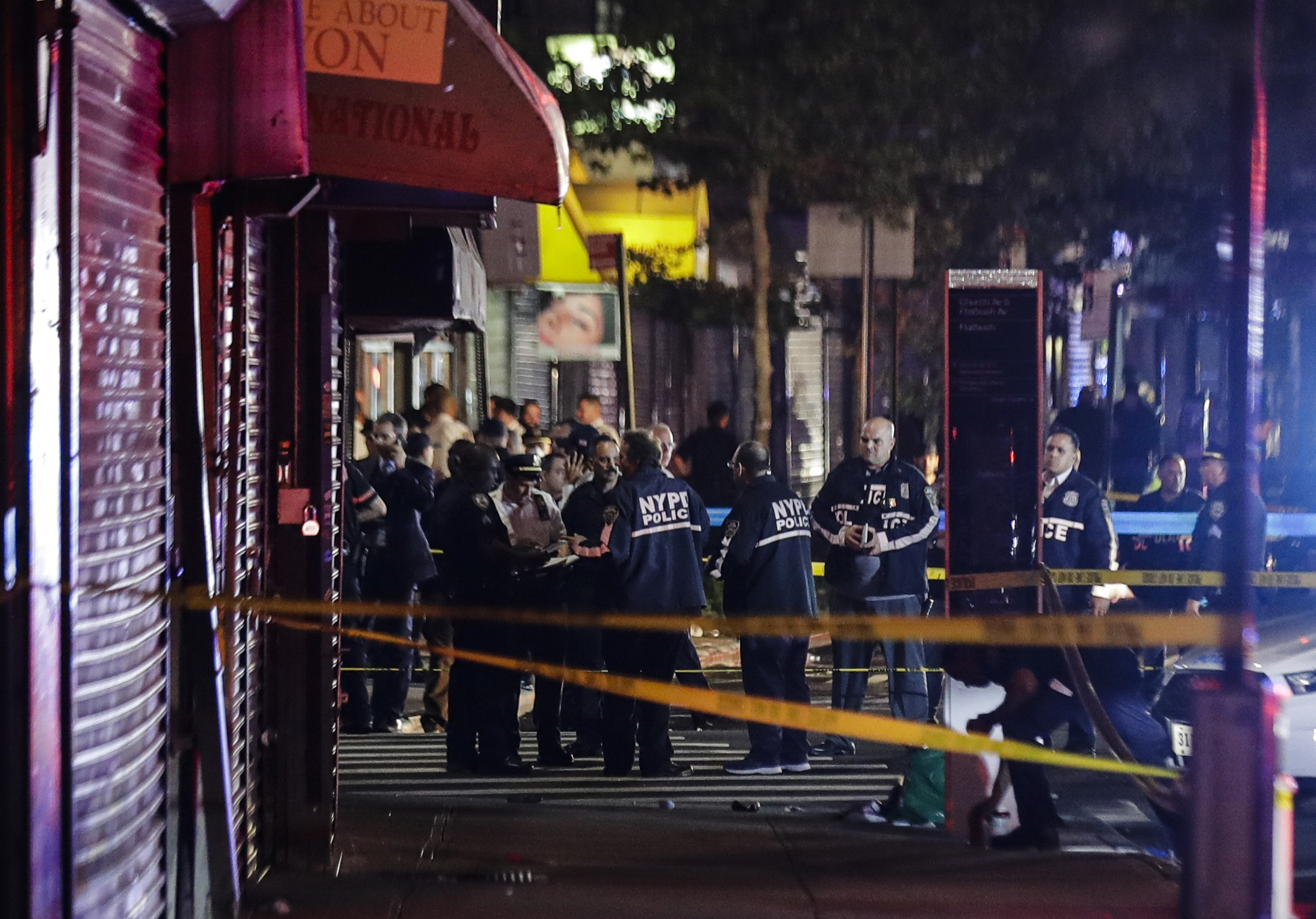 Two other cops heard shots fired from two blocks away and ran over and saw that the suspect had the wounded police officer's gun, he said.

The two officers were shot in their hands in the struggle, and the suspect was also shot.

Shea said: “It appears to be a completely cowardly, despicable, senseless attack on a defenseless police officer."

The police commissioner noted that the incident was one of several attacks on police officers in recent days, including one in which a driver plowed into a police sergeant who was trying to stop looting in the Bronx and a lieutenant who was struck in the helmet by a brick during a brawl with protesters in Manhattan. 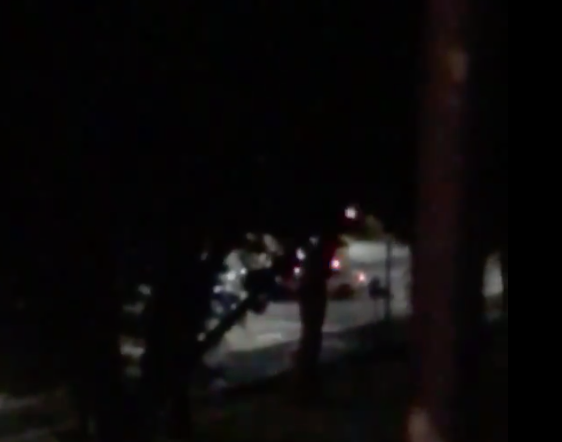 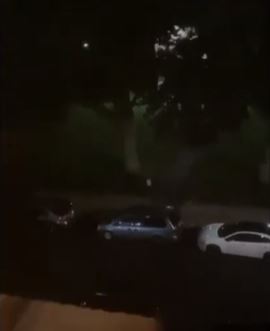 All four were taken to Kings County Hospital where the three officers were in stable condition and were expected to recover.

The suspect was shot multiple times and was in critical condition, Shea said.

At the scene, police were said to have taken photos of “ACAB” graffiti — an acronym meaning “All Cops Are B**tards."

A source told the Post the graffiti might be related to an anti-police demonstration that took place over the weekend in the same area.

The attack in Brooklyn came amid mass protests and some rioting in New York following the death of George Floyd, an unarmed black man, in Minneapolis last week.

It was not immediately clear if the attack was related to the protests, but Shea said the officers were on duty to stop looting.

Eyewitnesses tweeted from the scene, where multiple shots rang out and a person could be seen on the ground in the distance.

Social media users shared dramatic footage on Twitter, which showed a helicopter circling above as more cop cars and an armored vehicle arrived.

The shooting occurred early on Wednesday morning, four hours after an 8pm curfew went into effect intended to quell unrest over the death of Floyd in Minnesota.

Police in Brooklyn charged into a crowd of about 1,000 protesters defying the go-home order, and clubbed demonstrators and journalists as they scurried for cover in a downpour of heavy rain.

The confrontation in Brooklyn seemed to be the biggest exception to a calmer night, hours it was announced that new charges had been brought against all of the sacked police officers present at the time of Floyd's death in Minneapolis. 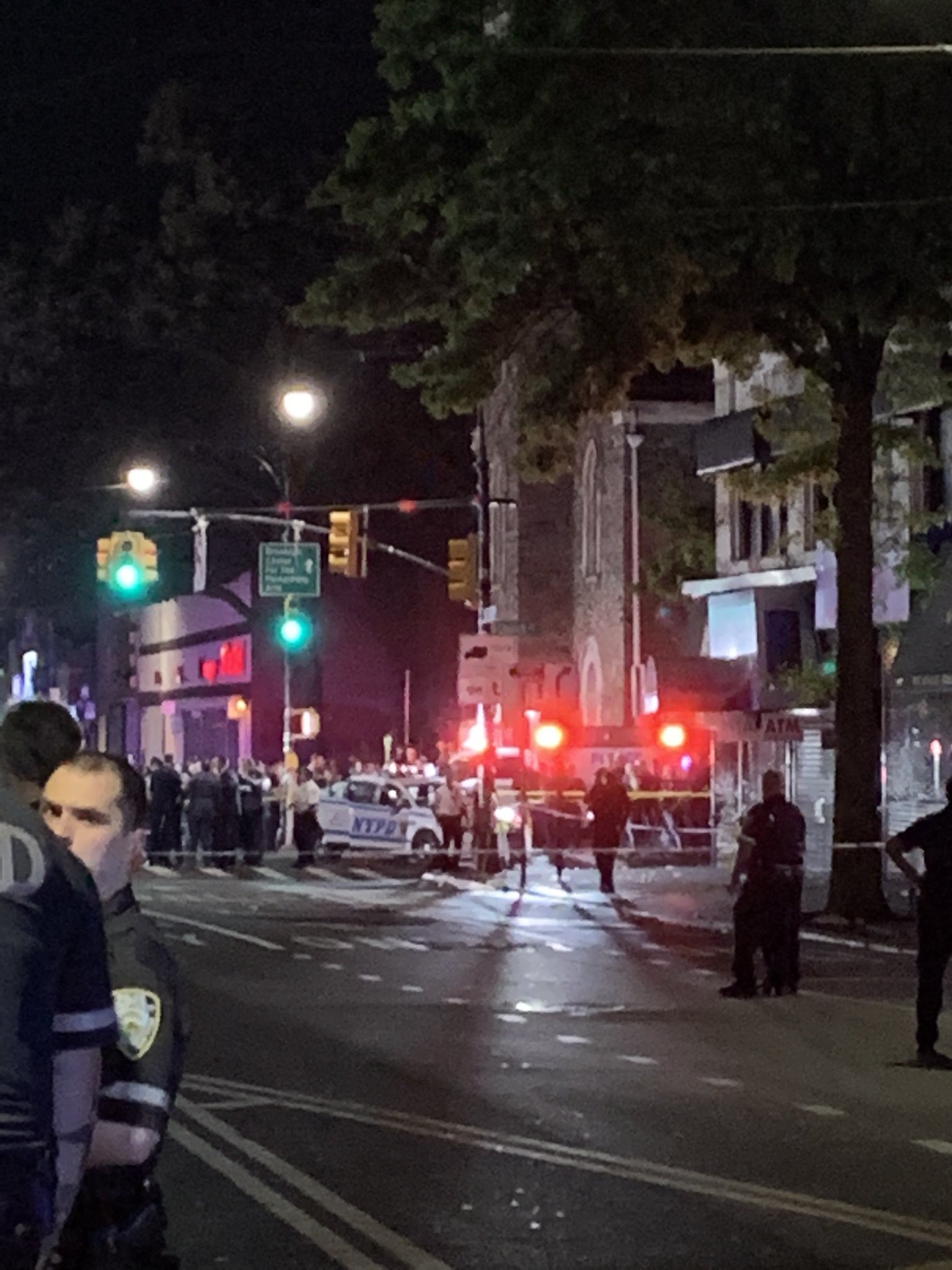 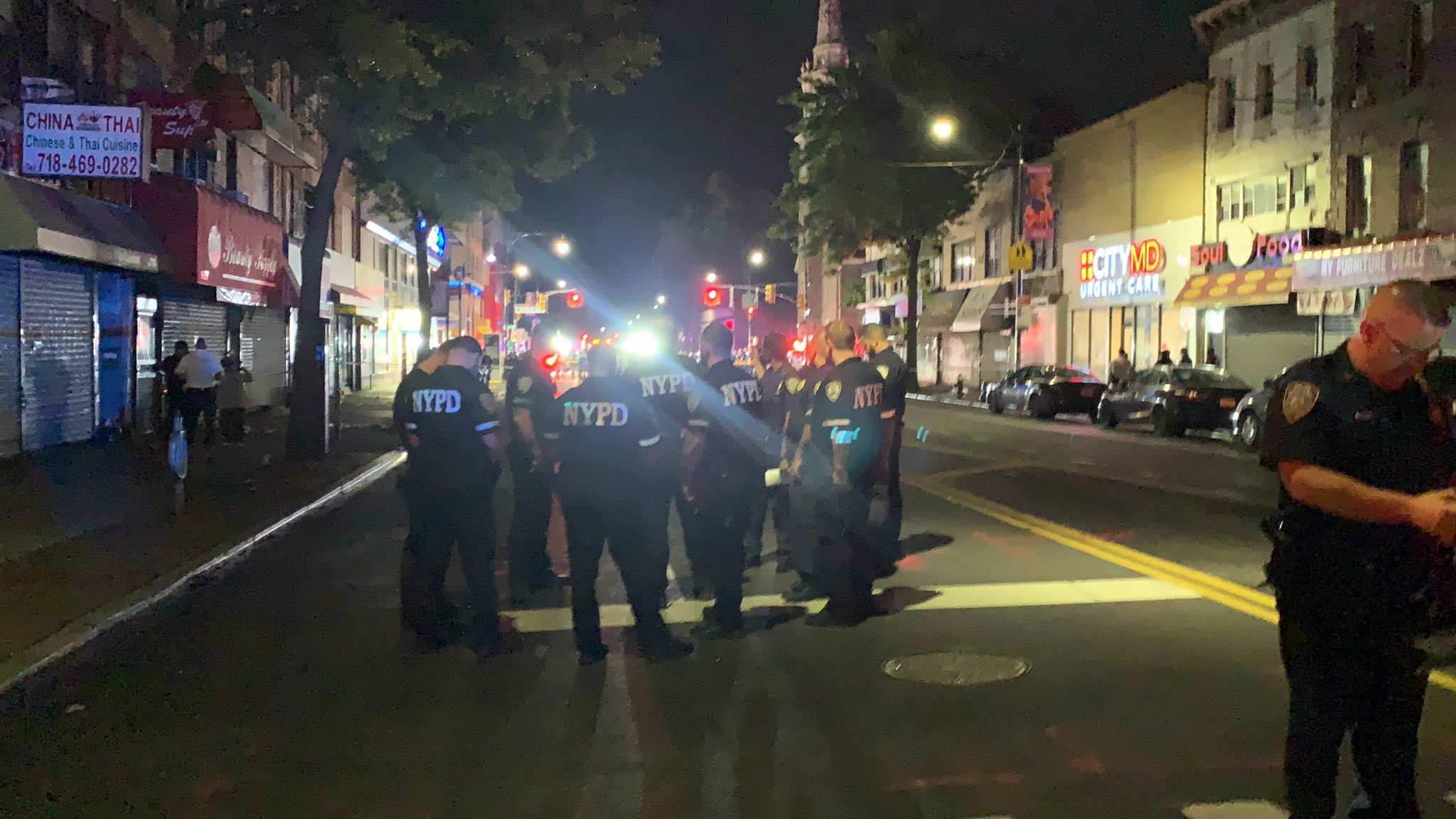 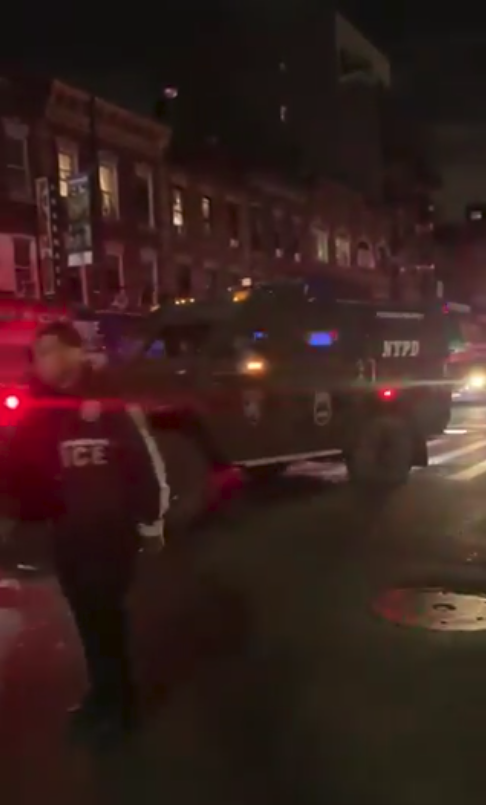 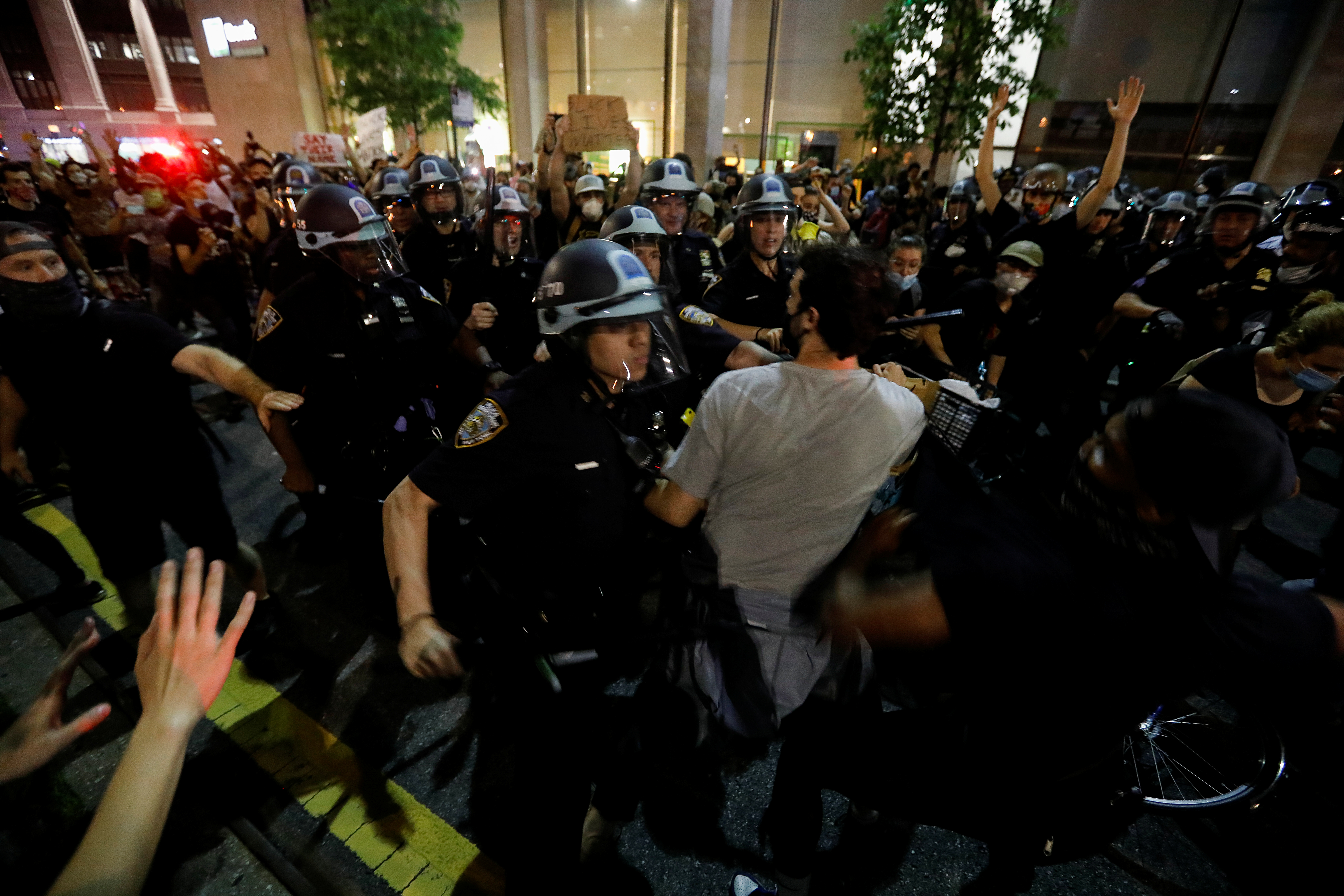 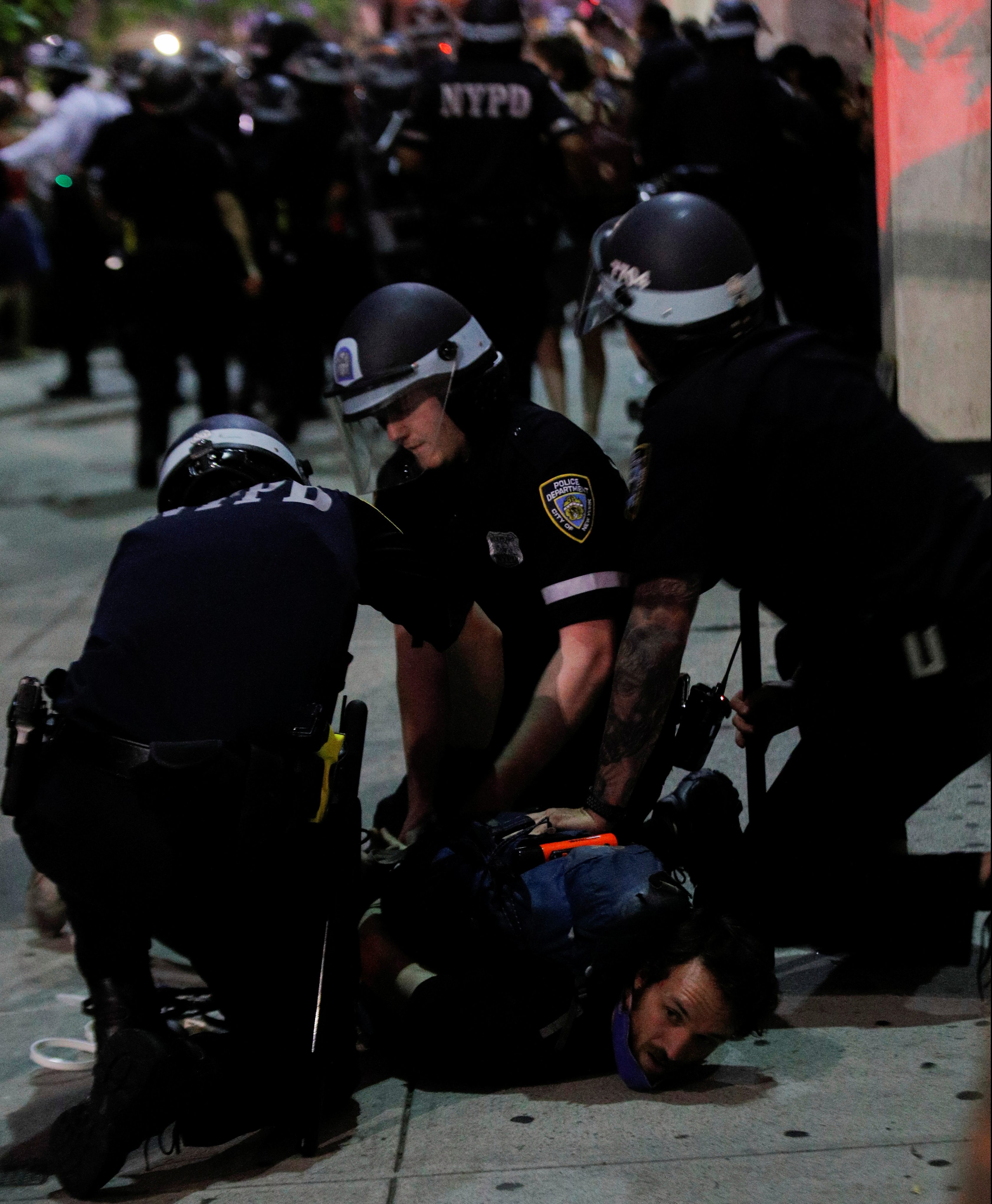