TURFED-out residents have been told not to return to their million pound homes for a second day after a huge wildfire erupted in Surrey.

Around 100 people were evacuated from the lavish street in Ascot last night as thick smoke filled the air. 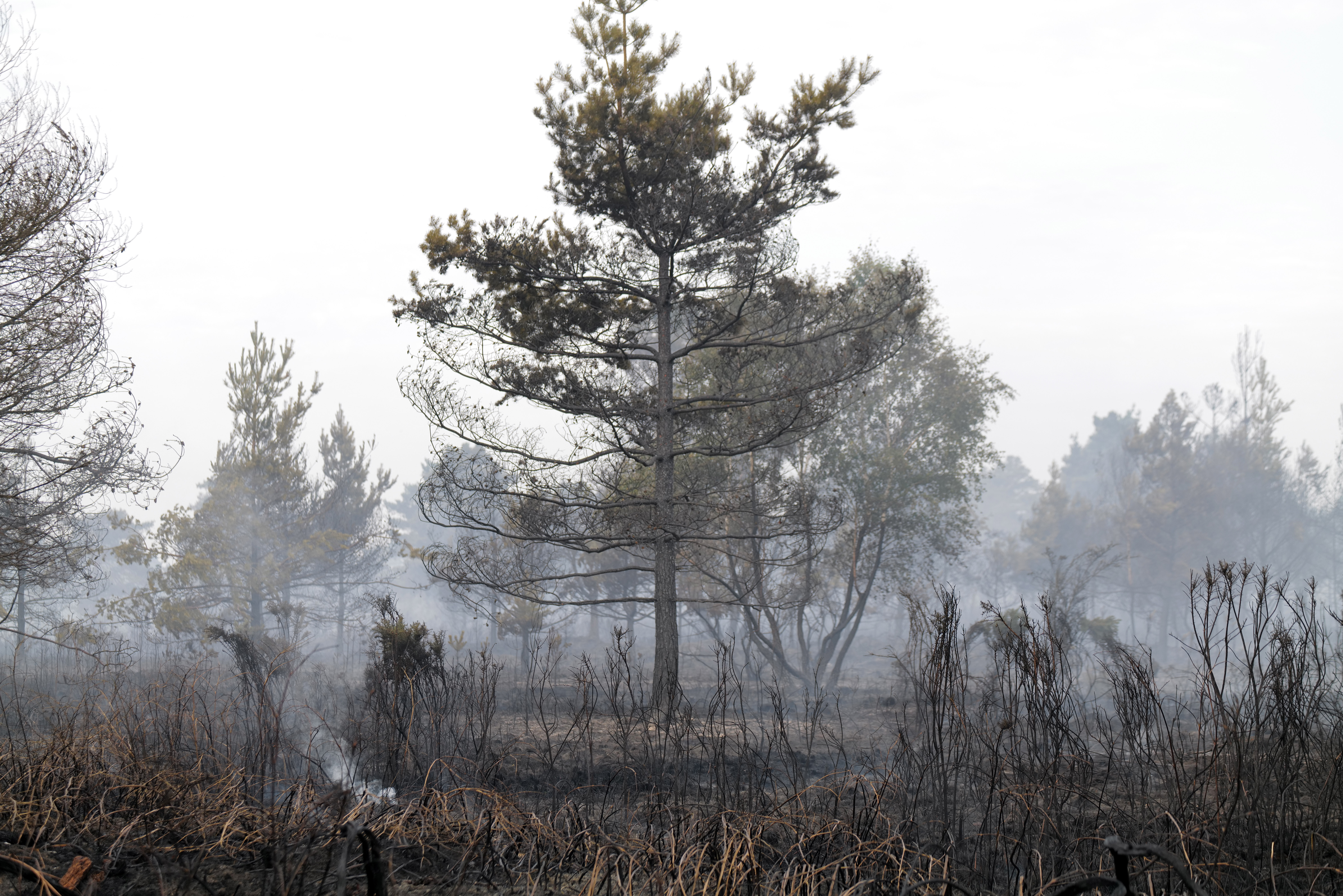 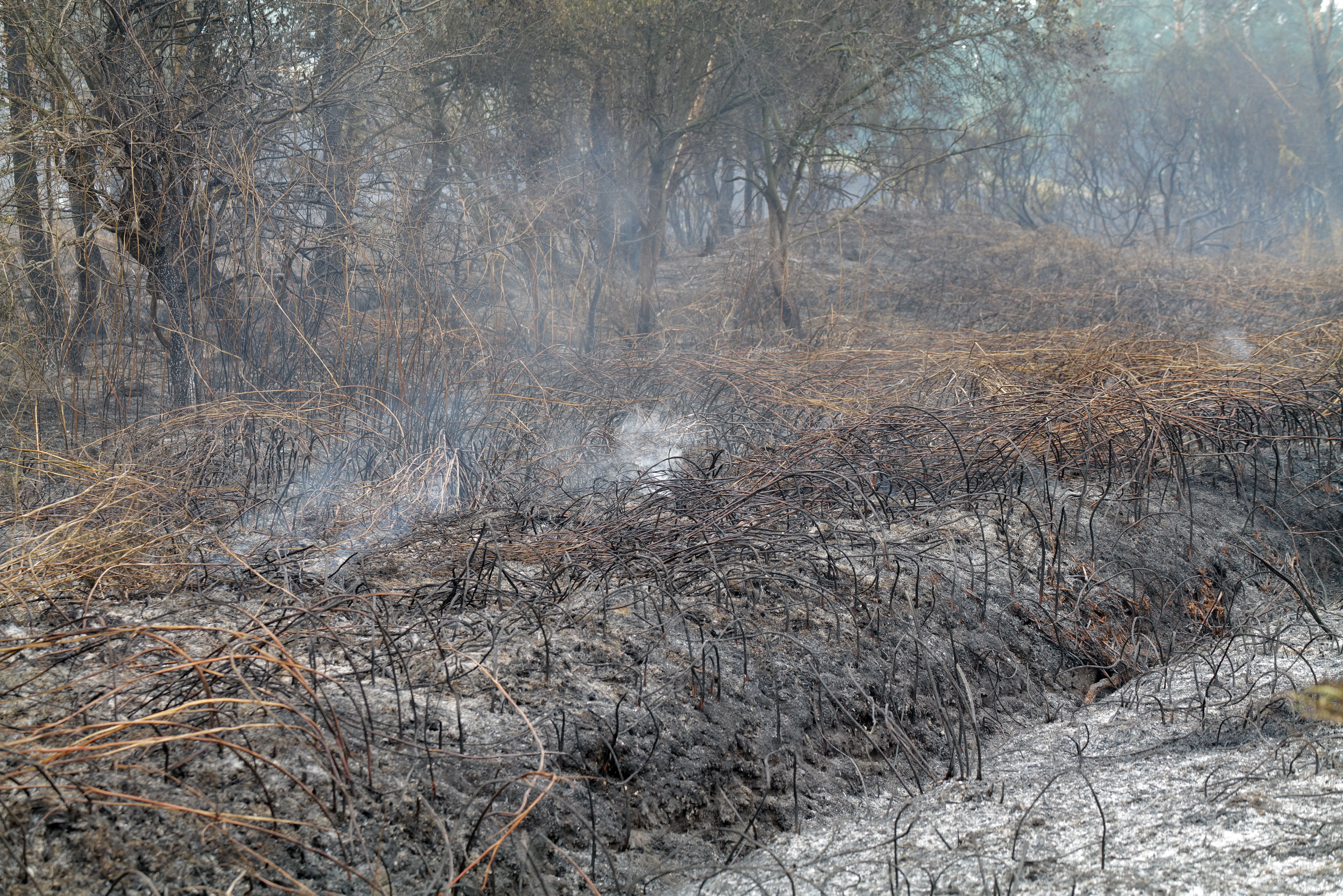 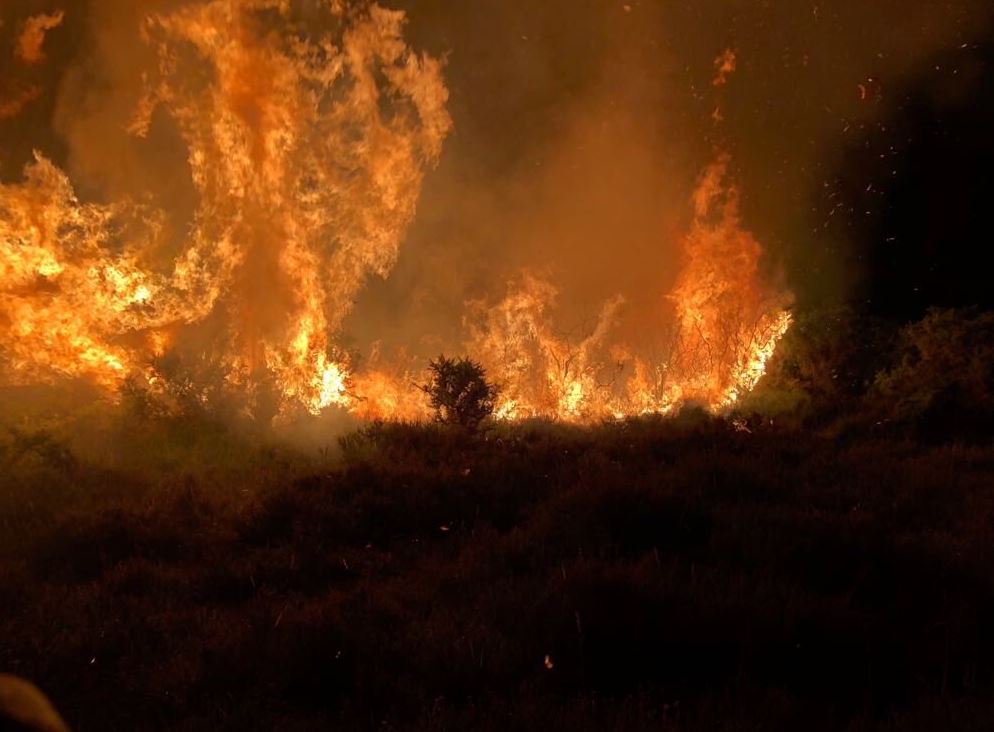 Firefighters are still working to extinguish the blaze, which broke out in Chobham Common yesterday afternoon.

Eerie photos taken today show the aftermath – with mangled trees stripped of their leaves and lush grass blackened by the flames.

Surrey Fire and Rescue Service are now treating the fire as a "major incident" and are urging the public and residents to stay away.

They tweeted: "Crews remain on scene at the fire on Chobham Common which spread to around 150 acres at its peak.

"Overnight the cooling temperatures & hard work of crews contained the spread but we're expecting firefighters to be on scene through the day.

"Please avoid the area for your own safety." 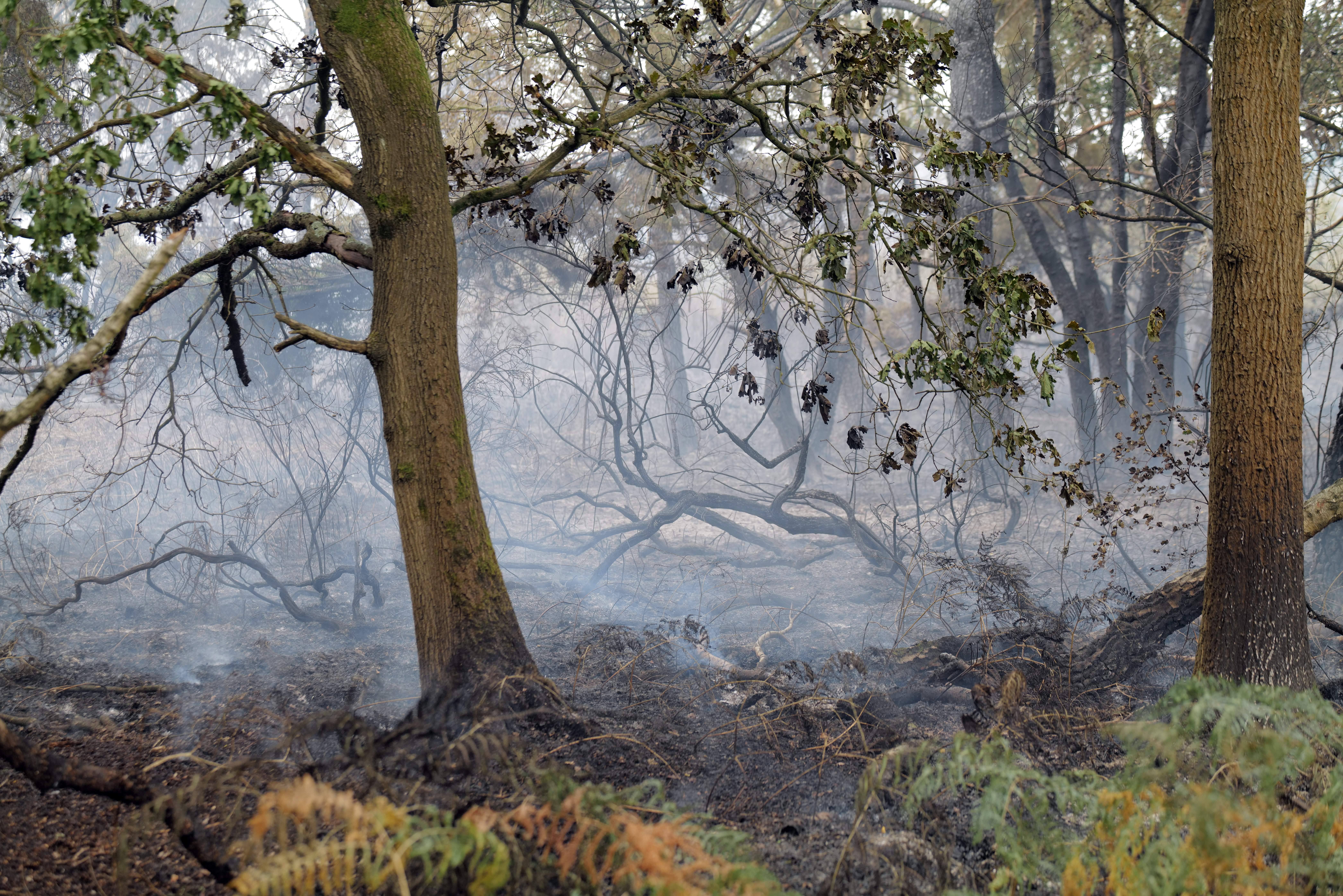 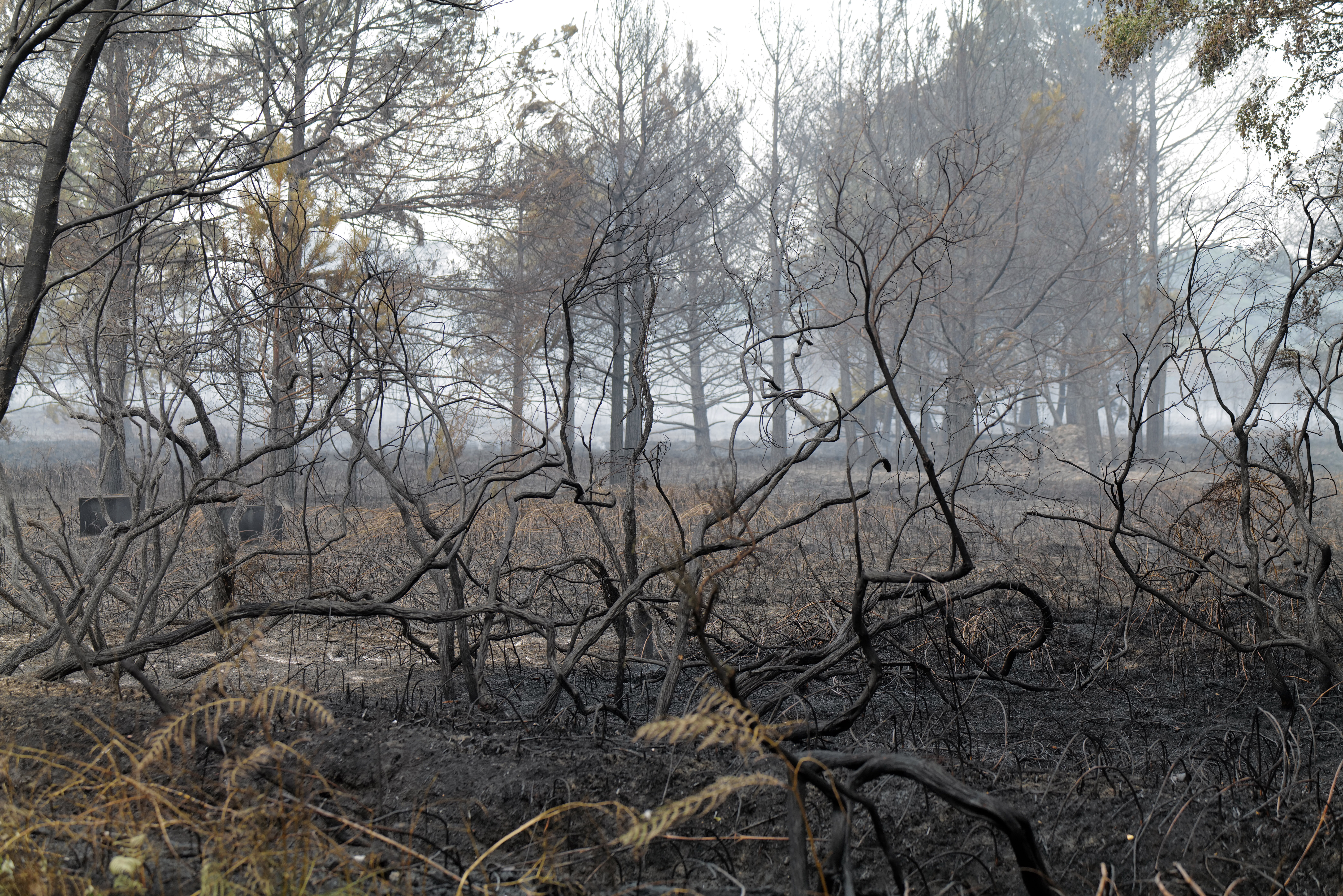 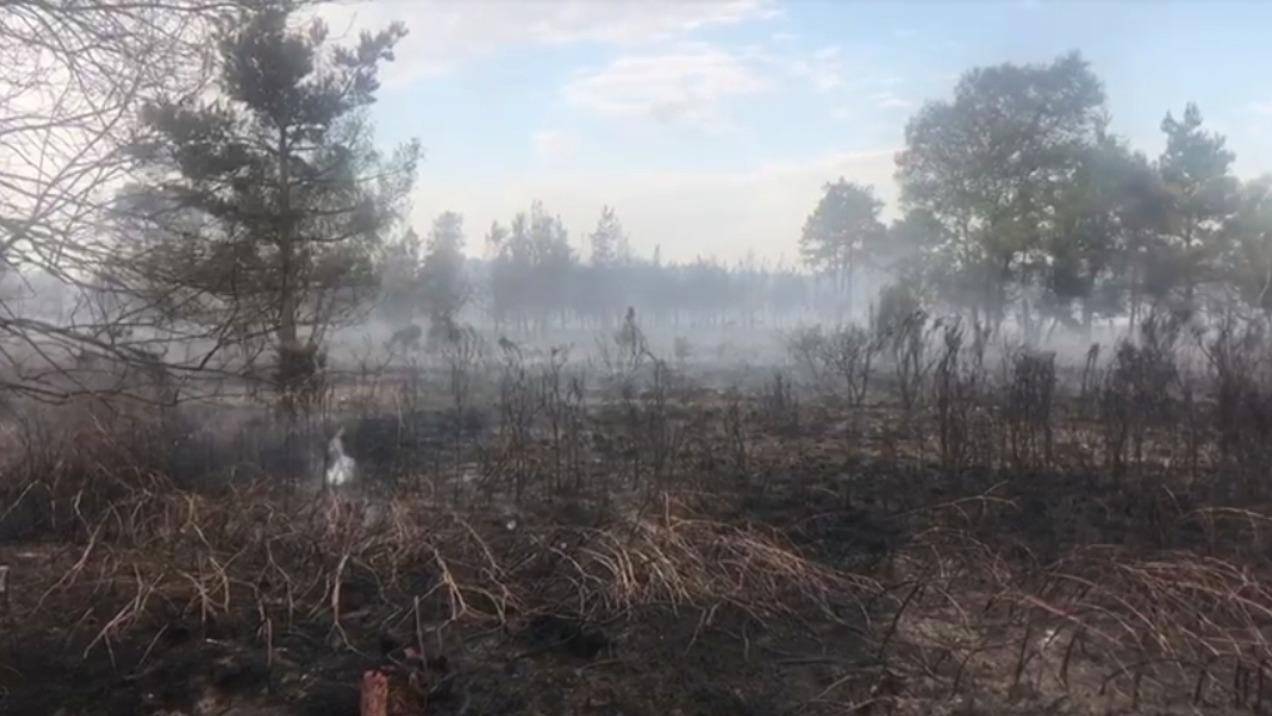 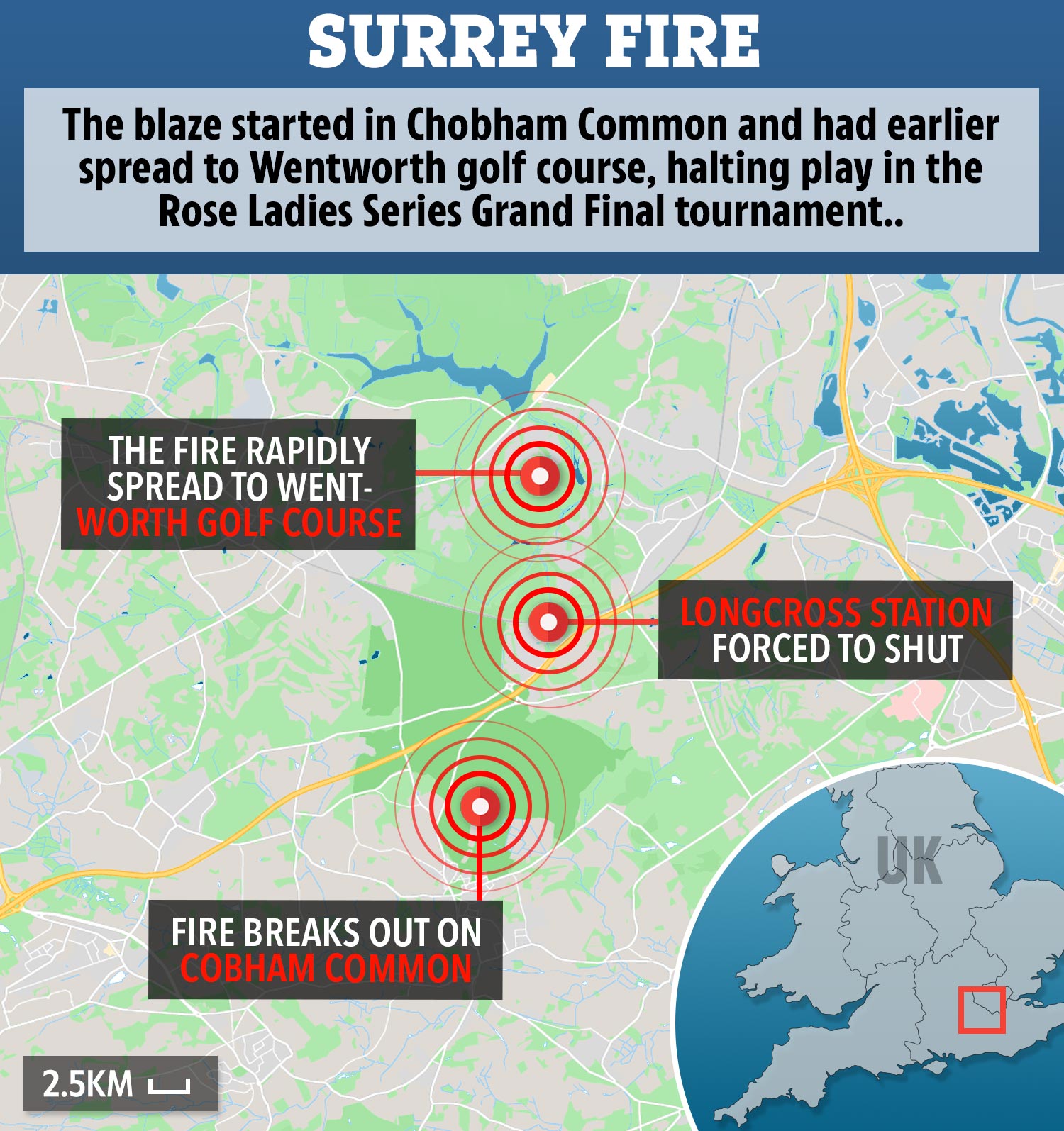 The inferno tore through woodland at around 12.25pm as the UK sizzled during the hottest August day for 17 years.

Plumes of thick black smoke billowing through the air could be seen as far away as central London – originally sparking fears Heathrow was on fire.

Griff Ryan, 23, lives in Sunningdale near to the fire, and said the fire began with a "strange light" at about 1pm before seeing smoke and then later a "wall of flames". 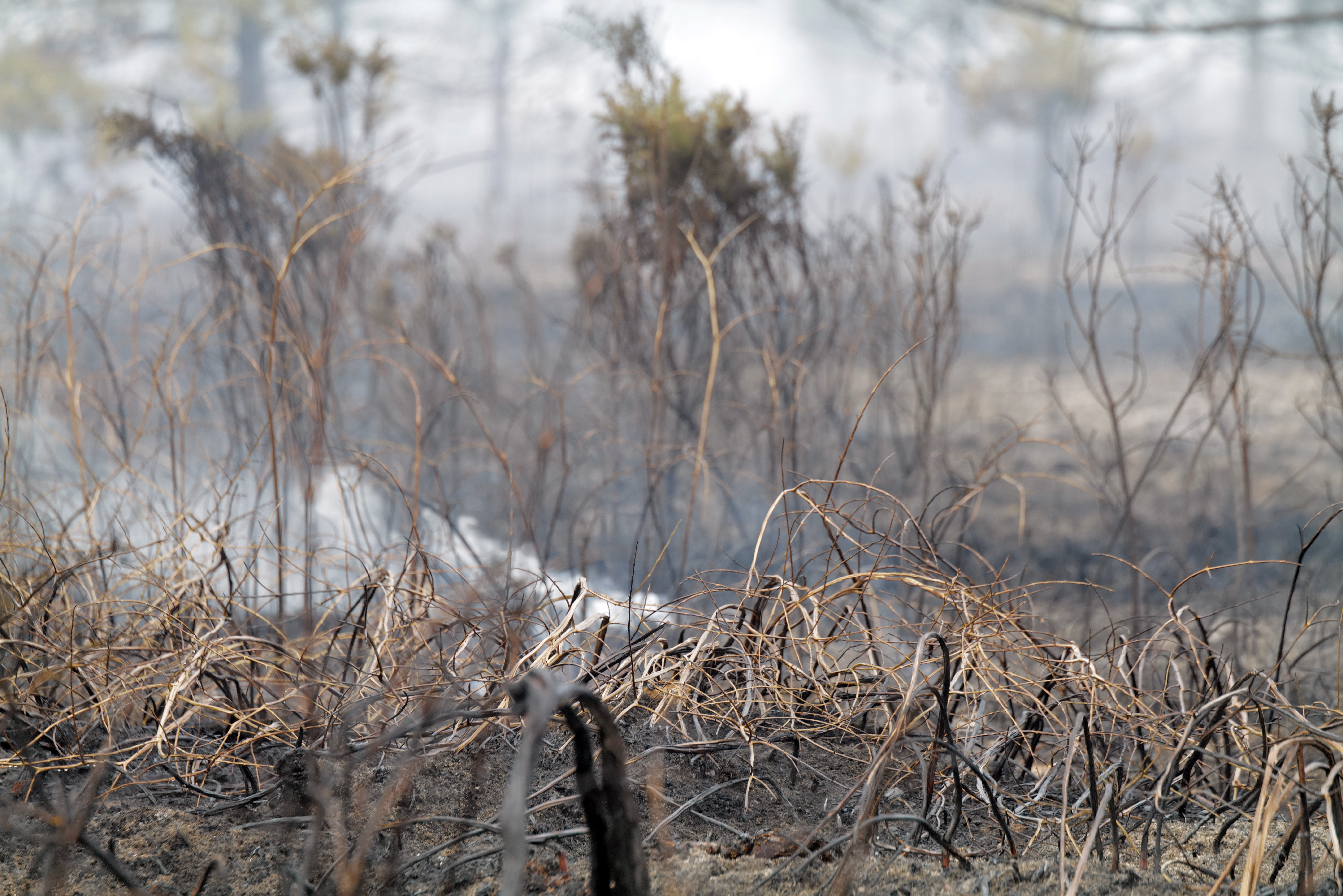 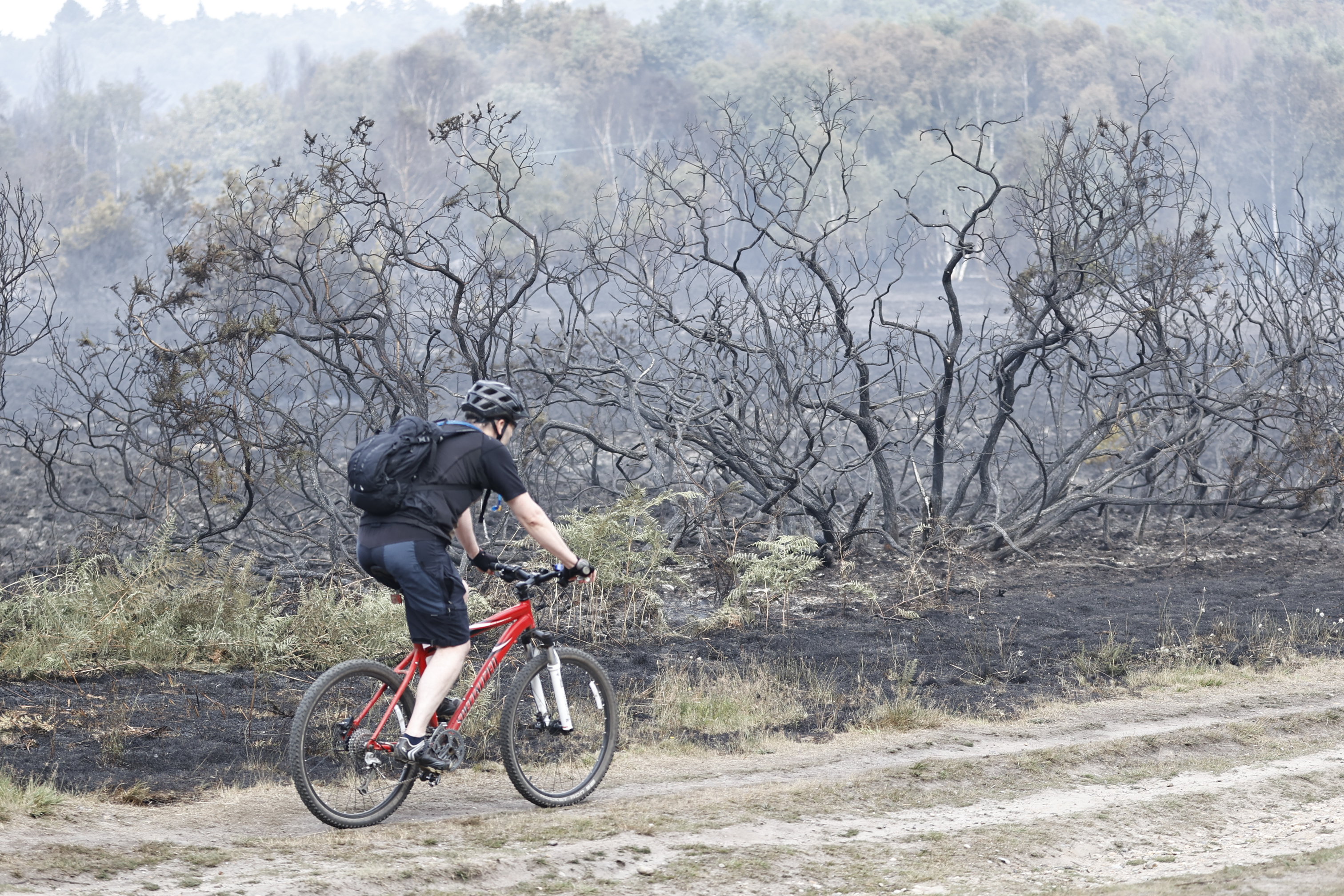 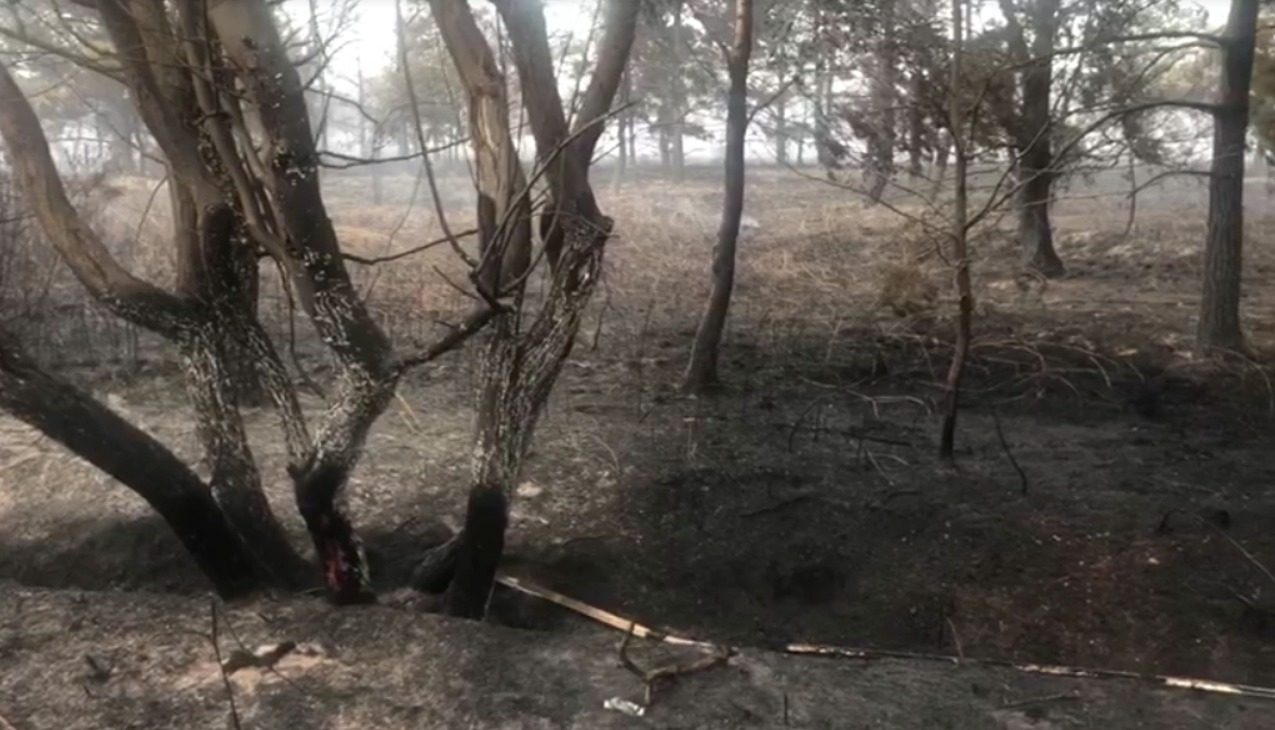 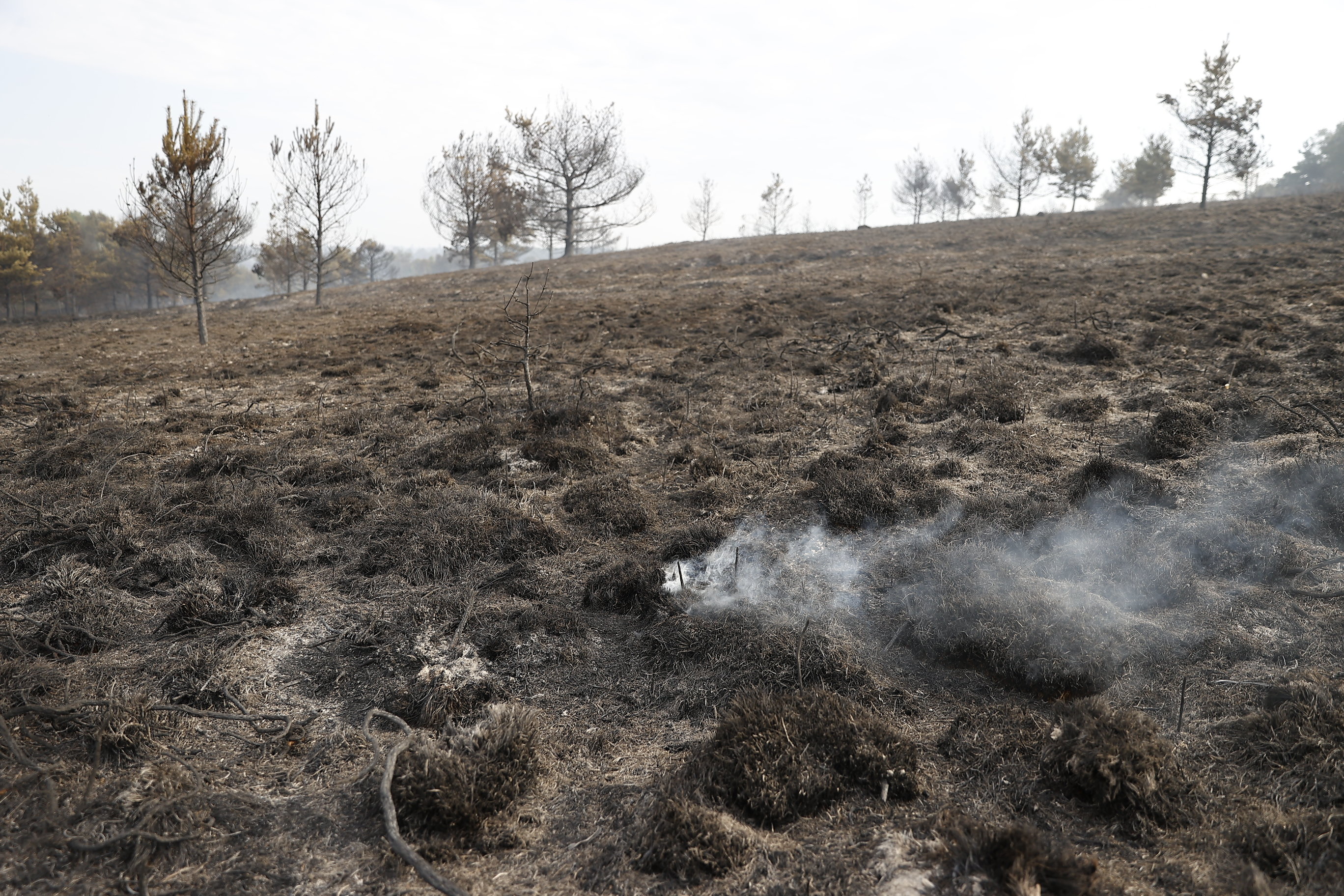 He said: "Smoke got gradually worse and ash began falling into our garden.

"Now standing on Chobham road. At around 5pm fire still wasn't visible from the road.

"Over about half an hour it's become visible and now can see a wall of flames down towards the railway line.

"Other residents I've spoken to have said it's the worst they've seen in 30 years."

Runnymede Council has urged the public to keep clear of charred Chobham Common and surrounding areas.

Wentworth Golf Club has also cancelled its Rose Ladies Series Grand Final today after it was engulfed by flames.

The cause of the fire is still being investigated, but the fire service said the soaring 36C heat could have played a factor. 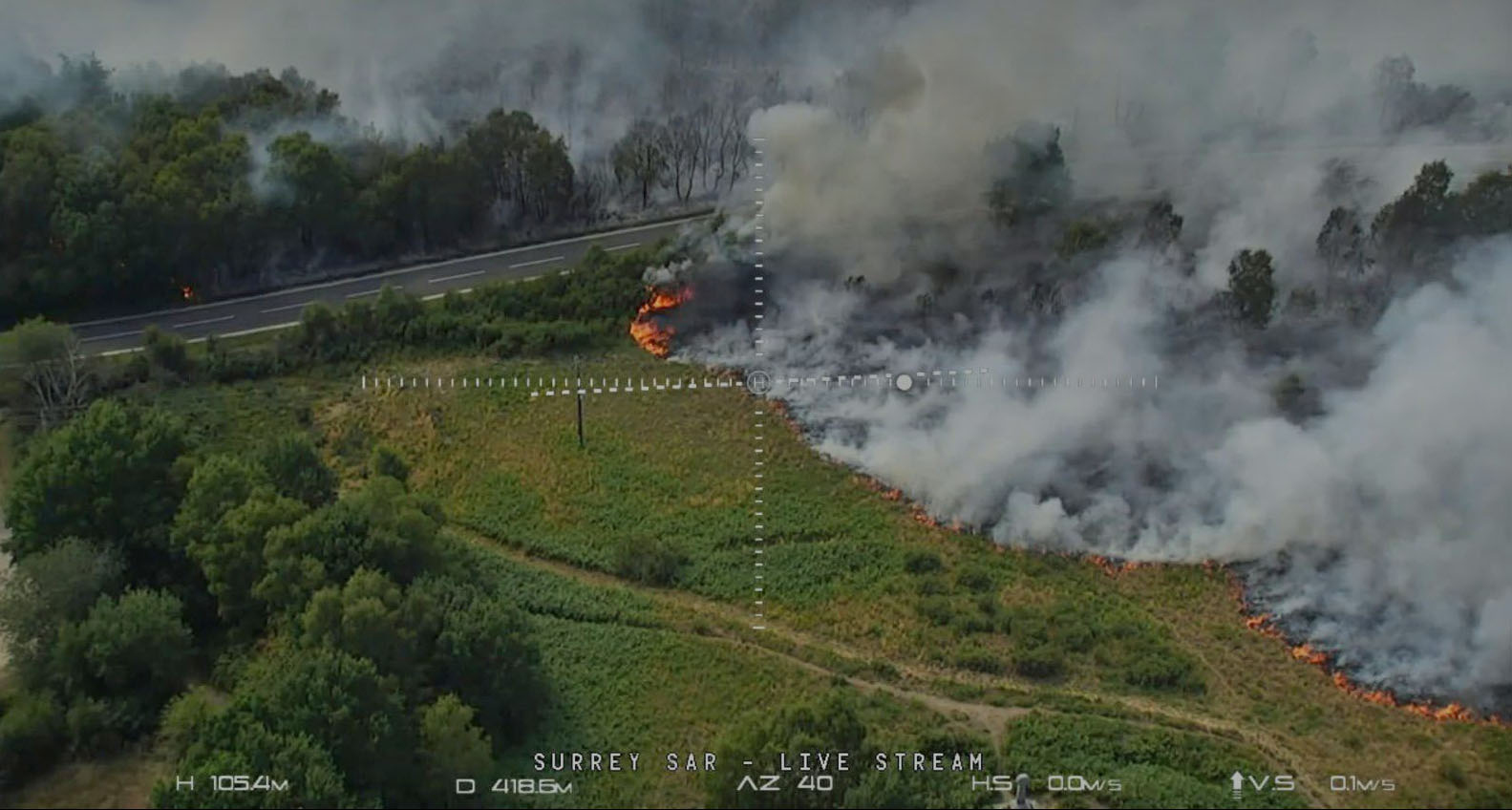 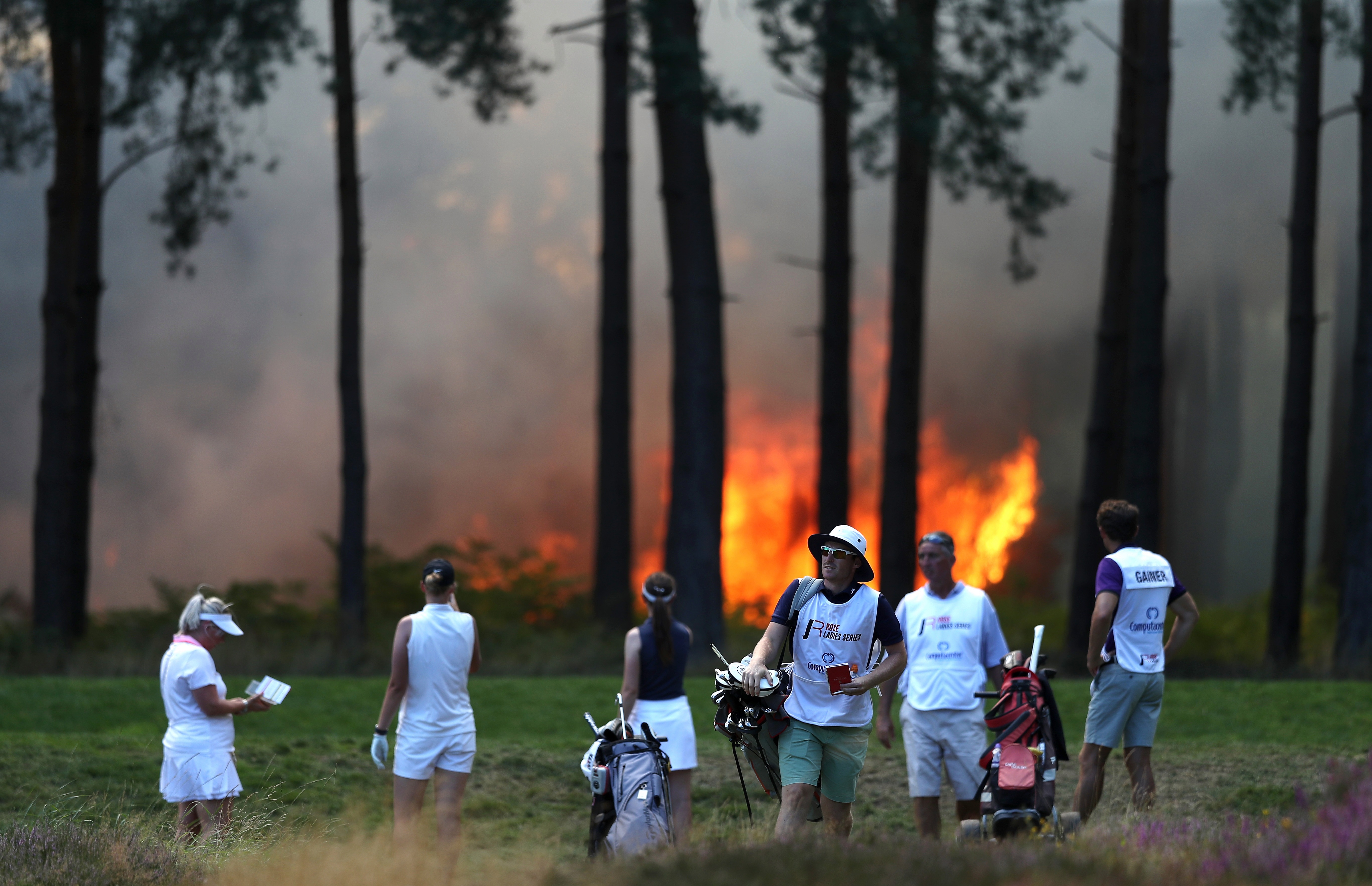