STEPHEN GLOVER: The cynical Left, their shameless hijacking of this crisis – and the nauseating proof we’re NOT all in this together

Day by day, the Government is coming under attack. There are really two sorts of criticism during this dreadful Covid-19 pandemic.

The first accepts that ministers have made lots of mistakes over the provision of personal protective equipment (PPE), testing and other matters. Why were 18 million people allowed into this country without screening as the deadly virus spread across the world, as was revealed yesterday?

Even now, thousands are arriving at UK airports, crammed in aircraft like sardines, without being tested. This school of thought has plenty of reservations, and sometimes expresses condemnation. But it doesn’t believe the Government is uniquely incompetent, or that it is made up of wicked people. 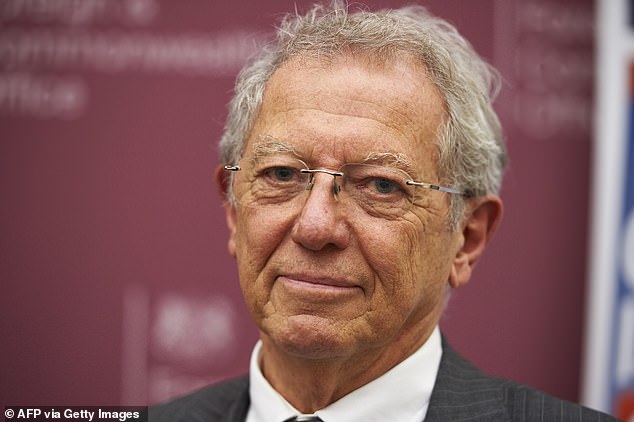 Sir David King, a former adviser to No 10, has set up his own panel of scientists to advise during the coronavirus pandemic

There is also an awareness that in almost every other major democracy – France, Italy, Spain and certainly the United States – the authorities have attracted media and political flak for their handling, or mishandling, of the disease.

Such critics have held the Government and its advisers to account, and will continue to do so. Questions are asked, and dangers pointed out.

Suggestions are made. Praise is sometimes offered. This has been the approach of this newspaper, and of several others. It is constructive criticism. No joy is taken in the Government’s undoubted mistakes.

There is an appreciation of the massive and unprecedented challenges it faces.

There is a second school of thought whose censure is untouched by sympathy, and is never accompanied by the faintest trace of approval.

These people accuse the Government of ineptitude on a vast scale. Some claim ministers are morally wanting. No doubt some of their criticisms are reasonable. But they are also ideologically driven, often wildly over the top in their language, and arguably more interested in inflicting damage on a Tory Government than improving matters. 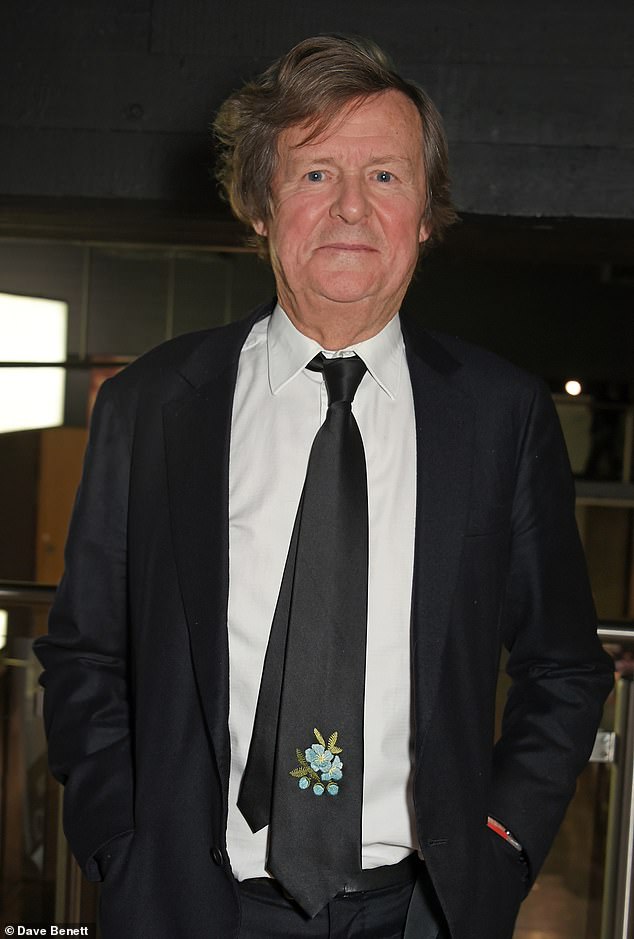 In a word, destructive. This second group comprises parts of the BBC, Left-wing academics and intellectuals, and perennial haters of Boris Johnson and the Tories in general.

They include some trade unionists, as well as unreconciled Remainers who will persist in loathing the Prime Minister irrespective of what he does.

Of course, inveterate critics of the Government often belong to more than one of these categories.

And, my, how deep their blinding hatred goes! Look at Sir Philip Pullman, the famous author of the His Dark Materials novels, who is ceaselessly promoted by the BBC. Writing on his blog last month, Sir Philip suggested that Mr Johnson should be charged with ‘conspiracy to murder’ over the Government’s failure to supply sufficient PPE to protect health workers from Covid-19.

Murder. That’s strong. And loopy too, since in English law the crime requires intent. 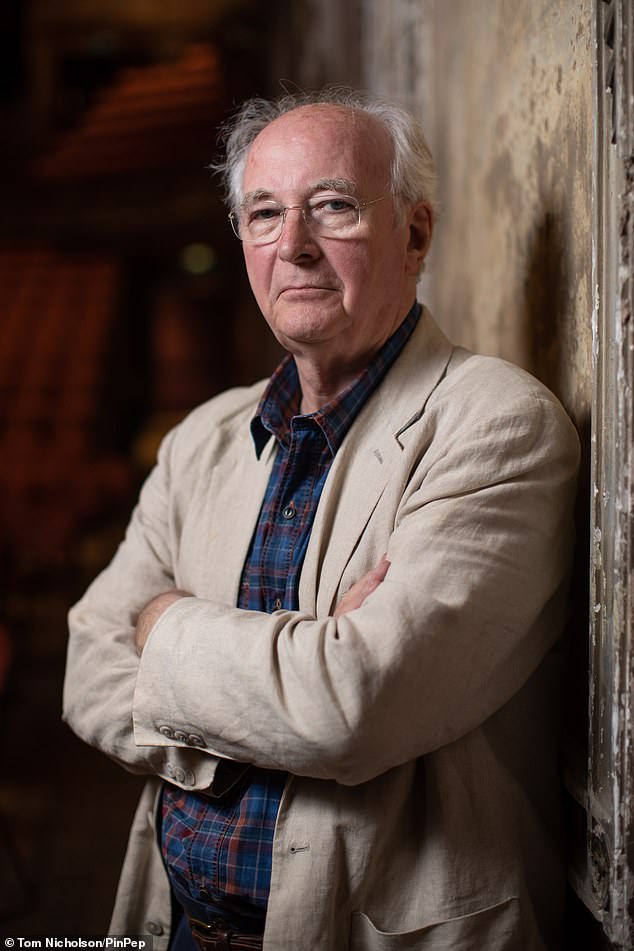 Writing on his blog last month, Sir Philip suggested that Mr Johnson should be charged with ‘conspiracy to murder’

Is Sir Philip (an arch-Remainer) seriously suggesting that the PM deliberately set out to kill doctors, nurses and others in the NHS? All that can be said of his latest eruption is that it is perhaps less incendiary than a tweet he sent last August in which he wrote: ‘When I hear the name “Boris Johnson”, for some reason the words “rope” and “nearest lamppost” come to mind as well’.

How can a decent man type such a thing even in a moment of rashness?

Another literary knight of the realm, whom I happen rather to admire, is Left-wing playwright Sir David Hare. He has recently had a very nasty bout of coronavirus, so perhaps should be partly forgiven for his lack of balance and good sense. In an interview on Radio 4’s Today Programme last month, Sir David said he had lived through the Suez Crisis of 1956 and Tony Blair’s Iraq War.

To his mind, the Government’s handling of the present crisis was worse.

This is what he said: ‘To watch a weasel-worded parade of ministers shirking responsibility for their failures and confecting non-apologies to the dead-and-dying has seen British public life sink as low as I can remember in my entire lifetime.’

Really? Prime Minister Sir Anthony Eden lied to Parliament over Suez on a matter of war, while Tony Blair finagled this country into a futile conflict in Iraq.

Where are the comparable lies told in recent weeks by the PM and Government ministers? It is the sheer lack of proportionality, and the offence to reason, that take the breath away. Sir Philip and Sir David are intelligent men, yet their hatred of Mr Johnson (seasoned by anti-Brexit sentiment) turns them into something like bar-room bores.

He is another man treasured by the BBC. After the Prime Minister had recovered, Mr Boyle said: ‘Of course, I’m very glad that Boris Johnson didn’t die in hospital but I would like to see clawed hands rise from a vent in the ground and drag his living body into hell.’ 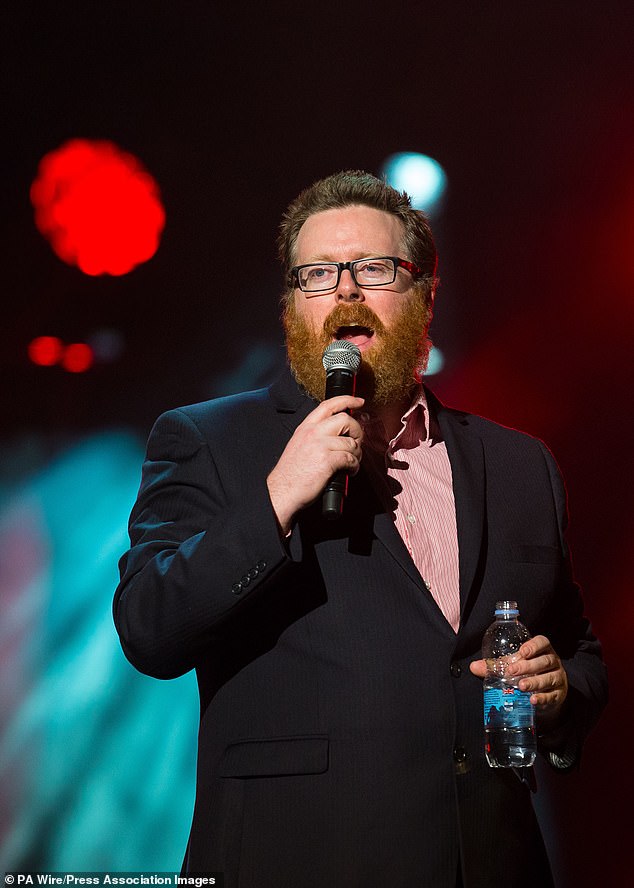 There are tens of thousands of leftish intellectuals such as these two literary knights and the foulmouthed comic, many of them less high-profile.

Some have congregated at the BBC. Let me say first that some of Auntie’s correspondents, such as health editor Hugh Pym and political editor Laura Kuenssberg, have been exemplary in their evenhandedness and absence of editorialising. B ut occasionally the old anti-Tory bias breaks out elsewhere.

Last week’s edition of BBC1’s Panorama investigated the undeniably serious fiasco of PPE. Fair enough. The Government has many questions to answer.

What Panorama did not tell its viewers, though, was that all five of the doctors and nurses it chose to interview were long-standing Labour party activists or supporters. This failure to level with its audience was almost certainly a breach of the Beeb’s own guidelines. Is Auntie sorry? Not in the slightest. In response to a complaint by the Government, the BBC said its journalists had spoken to dozens of healthcare workers in the course of making the programme, some of whom were members of a political party and some not.

It didn’t explain why the five who appeared were all Labour stalwarts. BBC2 Newsnight is also increasingly a nest of anti-Government feeling, though I exempt the programme’s excellent and enthusiastic political editor, Nicholas Watt.

Its main presenter Emily Maitlis was surely out of order when she recently began a programme with a 90-second rant about inequality. Right or wrong, it’s not her job to editorialise. Ms Maitlis should keep her own apparently Leftish views under wraps. 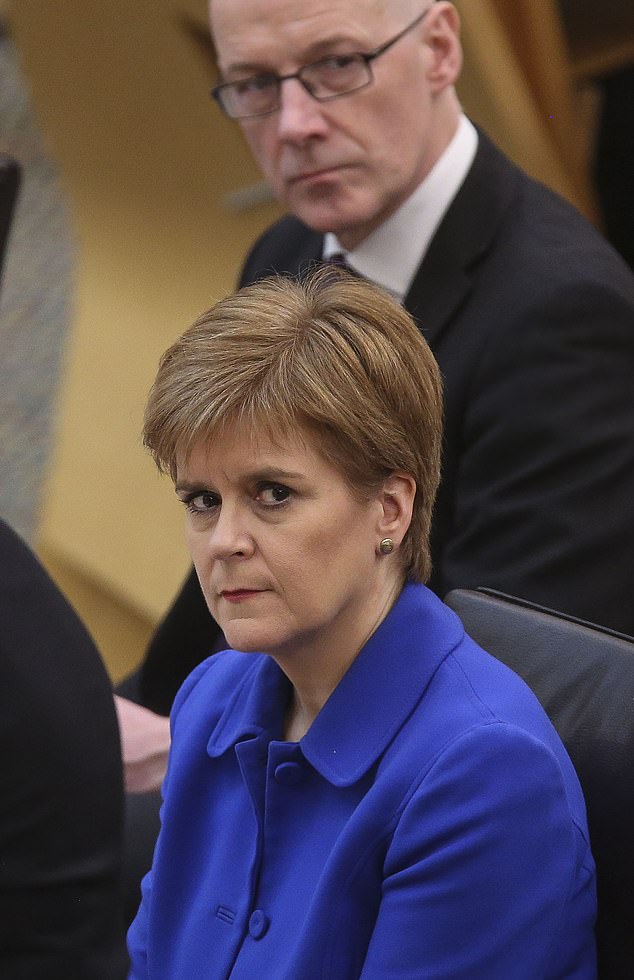 Was this intervention by a senior BBC journalist in support of a Left-of-centre reporter who had very possibly broken the law either wise or seemly? I don’t think so.

I don’t doubt that Newsnight gives the Government an opportunity to make its case. But it does provide a regular pulpit to Leftwing scientists who love to take a pop at the Tories.

One of them is Professor John Ashton (he has recently appeared on several other BBC programmes), a dependably trenchant critic of Government shortcomings.

Mr Ashton may be a distinguished scientist. But coming from a former member of the Labour Party for 52 years who hates the Tories, his analysis is inevitably fuelled by political vitriol. In December 2017 he tweeted: ‘S****y country. S****y Conservative Party. S****y government. Time for real change.’

No more enamoured of Boris Johnson or the Tories is Professor Anthony Costello of University College London, a guest once again on Newsnight on Monday, and sympathetically interviewed by Ms Maitlis. Are they particularly fond of Mr Costello because he once described Mr Johnson as a ‘narcissistic psychopath’?

And that brings me to another nexus of anti-Tory and anti-Boris feeling – the panel of 12 scientists set up by former scientific adviser Sir David King, who has been a fierce critic of the Government, and by implication the people advising it.

Mr Costello is, of course, part of Sir David’s group. Of ten members whose political persuasion can be identified, all are long-standing critics of Mr Johnson, the Tories and Brexit. Their number includes two Labour donors, two Communists (one former, one practising), eight who endorsed Jeremy Corbyn at the last election, and a Momentum activist.

All is not what you may think, to put it mildly. The people I have mentioned, whether writers, intellectuals, journalists or scientists, sail under the colours of objectivity and reasonableness, but are very often pursuing a political agenda.

That is why I have described them as ‘destructive’. God knows, the Government has made lots of mistakes. But the criticisms made by these people are not primarily intended, I think, to guide ministers towards more effective policies.

They are first and foremost intended to discredit and to wound. One character who can at least be exculpated from the charge of concealing his true motivations is Mick Cash, general secretary of the RMT union, which represents many London Underground workers. I’ve no doubt that Mr Cash cares for his members.

But in obstructively calling for higher pay and public services ‘free from the grip of private speculation’, he is pursuing the narrow, sectarian politics long associated with his Leftwing union. Another constant Left-wing fly in the ointment for the Government has been Scotland’s First Minister, the irrepressible Scottish Nationalist Nicola Sturgeon. 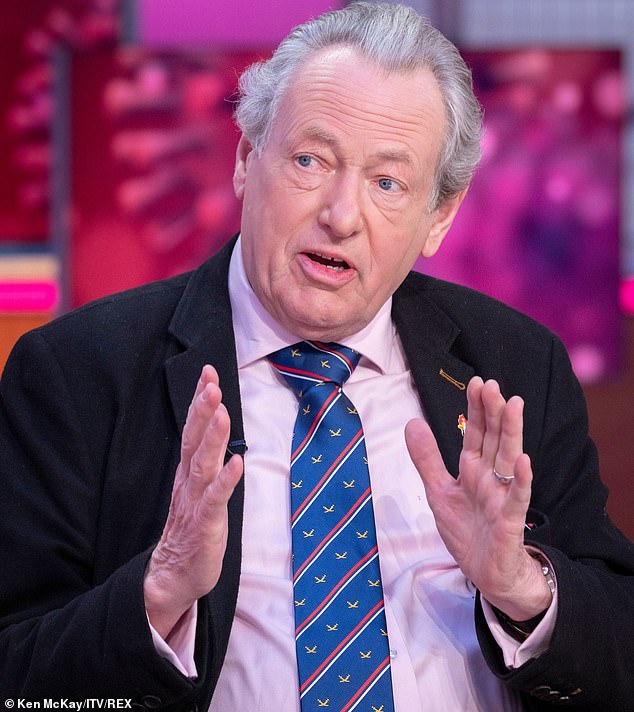 Over recent weeks, she has lost no opportunity to gazump Westminster with her own announcements, the purpose of which is to emphasise her independence, and to portray herself as the leader of a virtually separate country.

Talk about opportunism! Yesterday, she selfishly went it alone yet again, giving the clearest indication yet that Scotland’s schools will not reopen before their summer holidays. She stated she couldn’t ‘put my hand on my heart’ this would be safe – potentially boxing in the UK Government.

Who said that we are all in this together? I only wish we were. The truth is that the Left is slowly and inexorably attempting for its own purposes to hijack the tragedy afflicting us. Such people will never give Boris Johnson and the Tories a fair chance. There is one shining exception, at any rate so far. Labour leader Sir Keir Starmer has genuinely attempted to be positive.

He does appear to be more concerned with beating Covid-19 than beating up the Tories. Let’s hope he continues to ignore narrow, partisan minds seeking political advantage.

Maybe he’s looking at the polls. Despite the increasing brickbats, Mr Johnson and the Government enjoy substantial public support. According to YouGov last Sunday, 62 per cent of people believe Labour should back the Government when it comes to Covid-19 outbreak, and not ‘oppose for opposition’s sake’.

For the time being, the machinations of some on the Left are largely ineffectual. But the blame game has only just started. My watchword will be to listen to those who want to be constructive – and beware those whose intention is to destroy