UNIVERSITY staff were forced to issue an apology on Thursday for making a statement earlier this week for denouncing a surge in anti-Semitic attacks.

Rutgers University Chancellor Christopher Molloy and Provost Francine Conway were forced to issue the apology because their initial statement "failed to communicate support for our Palestinian community members." 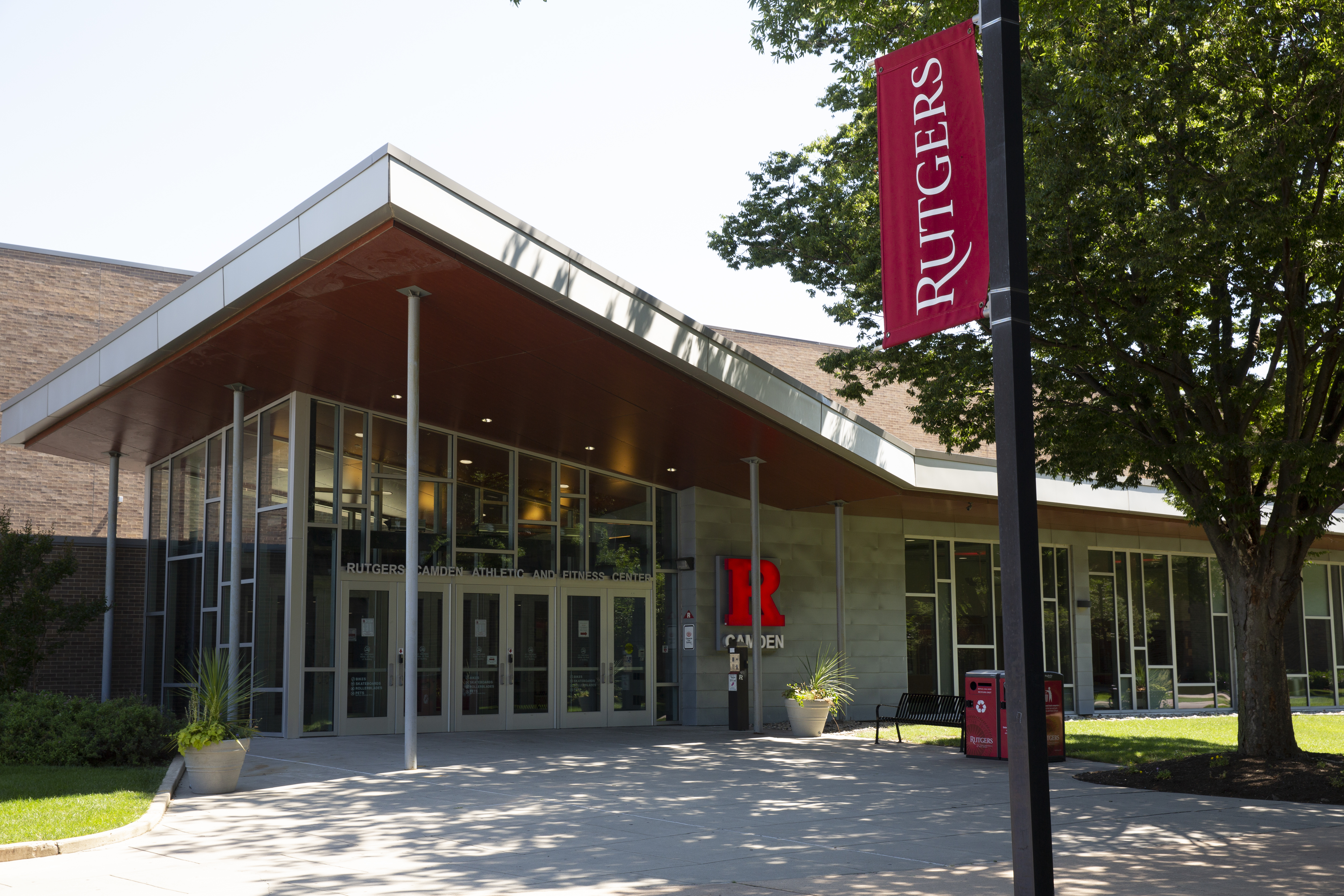 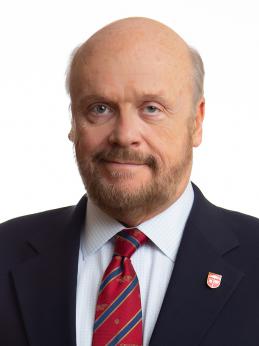 Titled "An Apology," Molloy and Conway said their initial statement fell short. "We understand that intent and impact are two different things."

"And while the intent of our message was to affirm that Rutgers–New Brunswick is a place where all identities can feel validated and supported,the impact of the message fell short of that intention," the spineless college bosses wrote.

"In hindsight, it is clear to us that the message failed to communicate support for our Palestinian community members. We sincerely apologize for the hurt that this message has caused."

On Wednesday, Molloy and Conway wrote in another statement entitled "Speaking Out Against Acts of Anti-Semitism" that "we are saddened by and greatly concerned about the sharp rise in hostile sentiments and anti-Semitic violence in the United States." 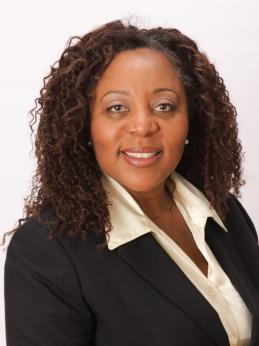 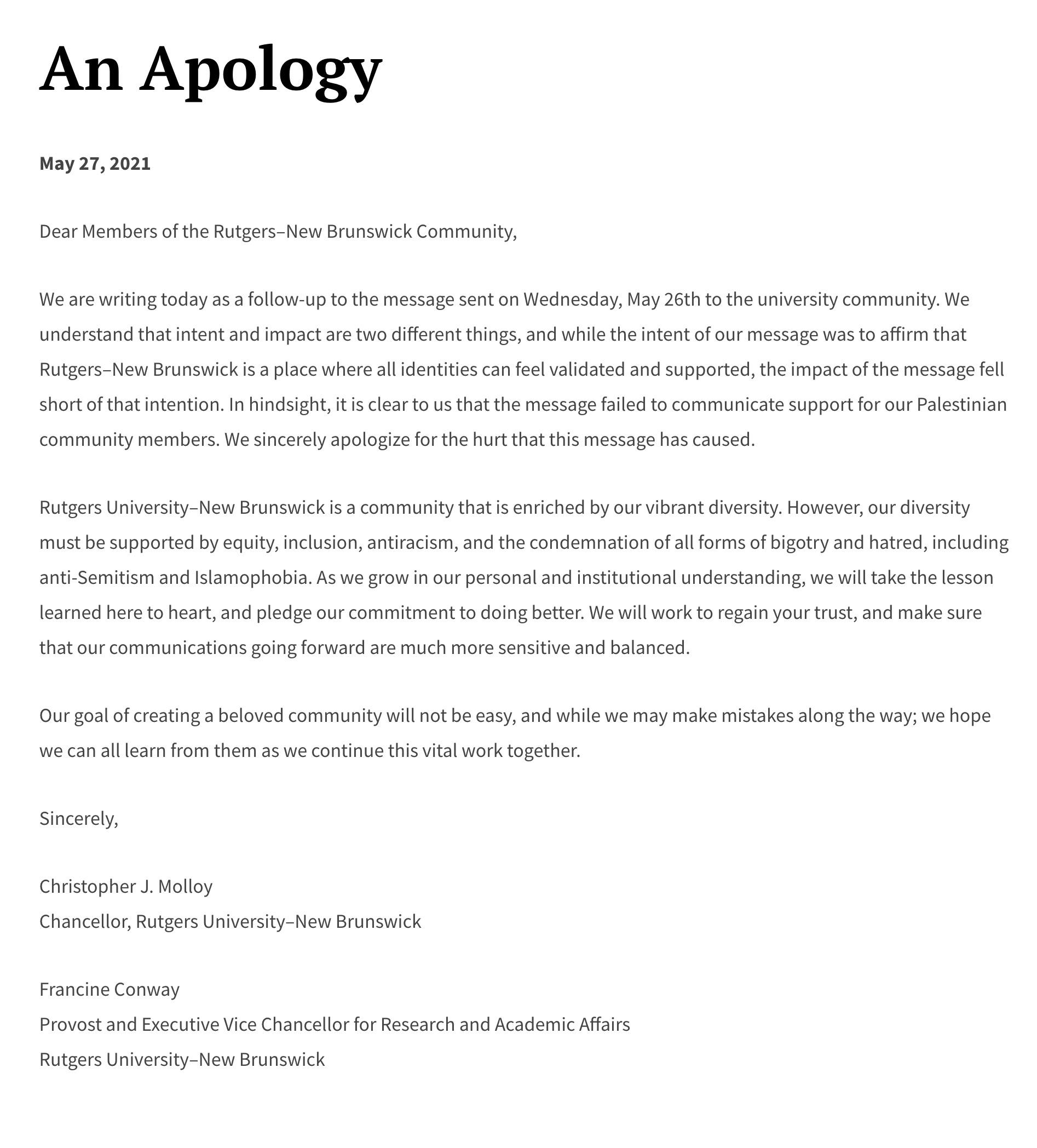 "Recent incidents of hate directed toward Jewish members of our community again remind us of what history has to teach us," they continued.

"Tragically, in the last century alone, acts of prejudice and hatred left unaddressed have served as the foundation for many atrocities against targeted groups around the world."

Following their statement on Wednesday, the Rutgers chapter of Students for Justice in Palestine denounced the statement for "notably neglect[ing] to use the words “Palestine” or “Palestinian” in their statement."

The group wrote the statement "cannot be separated from widespread attempts to conflict antizionism [sic] with antisemitism [sic] and derail Palestinian voices and activism."

"It isolates them and shows that Rutgers does not stand with or support them in their struggle for freedom and liberation, and contributes to the racism efforts of zionists [sic] to erase Palestinian identity."

They also found " the Chancellor and Provost [to] minimize the impact of settler-colonialism on Palestinians and attempt to portray the violence as an equal conflict, which we know it not to be in the slightest."

When the weak-kneed Molloy and Conway wrote their initial statement, they likened anti-Semitic attacks to attacks on Asians, Blacks, and other ethnicities in the country, the chapter took issue with this as well.

"The Chancellor and Provost minimize the impact of settler-colonialism on Palestinians and attempt to portray the violence as an equal conflict, which we know it not to be in the slightest."

Following the back and forth between the chapter and the university's heads, Molloy and Conway issued their apology.

The move was met with criticism online, with Senator Tom Cotton of Arkansas tweeting "Under pressure, the Rutgers chancellor *apologized* for condemning the surge of anti-Semitic violence. How can someone this weak lead a university?"

A Rutgers spokesman told The New York Post that the university "has no further comment at this time."