A decision on whether to throw out election results in part of Moreland City Council is still months away, despite allegations of voter fraud.

Police were called in last year to investigate suspicions that hundreds of votes had been tampered with in the north-west ward of the city council, which covers suburbs such as Pascoe Vale South and Glenroy. 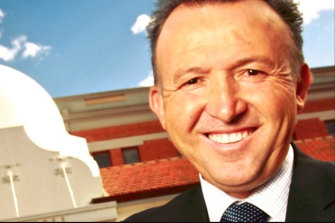 The alleged scam was uncovered when 104 people appeared to have voted twice after requesting a new ballot, raising suspicions that voting papers may have been stolen from letter boxes and fraudulently filled in.

Electoral staff compared signatures on ballot declaration forms with the electoral roll and identified 83 suspicious votes that have since been handed to Victoria Police unopened.

Despite the suspicions, the Victorian Electoral Commission was required by law to declare the election and four councillors – independents Oscar Yildiz and Helen Davidson, Greens candidate Angelica Panopoulos and Labor’s Milad El-Halabi — took their seats at town hall.

The commission took its concerns with the poll to the Victorian Civil and Administrative Tribunal, seeking to have the results thrown out and a fresh vote ordered. 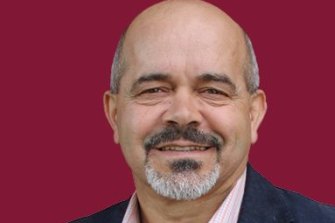 However, the commission conceded it has not been able to establish whether fraud actually affected the election result and it would be open to VCAT to dismiss the application.

At a directions hearing on Tuesday, Geoff Lake, the barrister acting for Crs Yildiz and Davidson, argued that the 83 suspicious ballots provided to police should be inspected to reveal which candidate the fraud was intended to benefit.

“This matter has some further, logical steps to be taken … in the public interest and in the interest of my clients and, I would suggest, the other two councillors who have a degree of uncertainty hanging over their heads because of a perception in their community that this was a corrupted election and their election was invalid,” Mr Lake said.

“This is affecting the council, this is affecting my clients … this is something that requires sunlight to be shone on it, not to be put in the too-hard basket and left alone.”

Peter Gray, QC, representing the commission, argued that inspecting the suspicious ballots would generate “speculation and innuendo” if the votes benefited one candidate, but would not prove the extent of the fraud or whether it warranted throwing out the election result.

The 83 votes were not counted in the election and Mr Gray said there was no evidence that any tarnished votes were counted.

The commission had previously operated under the assumption about 400 votes had been tampered with.

Mr Lake said it made sense that hundreds of tainted votes must have been counted and that it may have changed the result given 83 residents realised their ballot packs were missing and went to the effort of replacing them.

“There must be hundreds of other voters who never made that inquiry,” he said.

Mr Lake will need to make submissions, such as statistical expert evidence, to persuade VCAT deputy president Heather Lambrick that inspecting the suspicious ballots would be useful.

“I want to know what use the tribunal will make of it, so the tribunal can decide whether it’s going on a frolic or whether this is cogent evidence which should be put before the tribunal,” Ms Lambrick said.

She is expected to make a decision on the 83 ballots by mid June.

Barrister Adam McBeth, acting for Cr Panopoulos, said every decision the council made was under a cloud, “particularly any that are made by a close vote if there’s a person that’s been elected by fraud”.

The police investigation is continuing.

Anyone with information can contact Crime Stoppers on 1800 333 000 or submit a confidential report online.