A special prosecutor will be appointed to investigate whether criminal charges should be brought against current and former members of Victoria Police over the Lawyer X scandal after a royal commission ruled that police had corrupted the criminal justice system.

The four-volume final report of the Royal Commission into the Management of Police Informants released yesterday found the convictions or findings of guilt of 1011 people may have been affected by Victoria Police's use of former gangland barrister Nicola Gobbo as a human source. 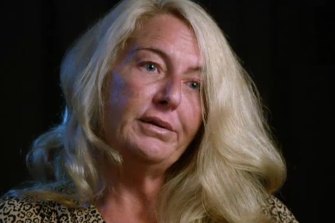 The document is a stinging indictment of the conduct of both Victoria Police and Ms Gobbo, their most prolific informer. Senior police leaders “lacked the moral clarity, vision and ability to fix” flaws in their organisation, the report said, and Ms Gobbo's actions were “inexcusable … improper and duplicitous”.

The special investigator, a new office specifically created to investigate prosecutions, was recommended by royal commissioner Margaret McMurdo and immediately supported by Attorney-General Jill Hennessy. It was necessary because the royal commission believed it would be “problematic or challenging” for police to properly investigate allegations of criminal conduct in their own ranks.

Ms Gobbo, dubbed Lawyer X and Informer 3838, gave up information to police about her own clients during Melbourne’s gangland era between 1998 and 2013. Her actions have resulted in two convictions overturned, and they pose a significant threat that others, including those of drug kingpin Tony Mokbel, might also be quashed. 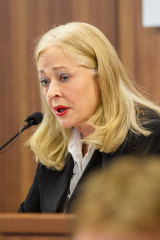 Ms Gobbo’s conduct was inexcusable and her behaviour in concert with Victoria Police undermined justice, compromised criminal convictions and damaged the standing of police who were not involved, Ms McMurdo said.

"It has shaken public trust and confidence in Victoria's legal profession and criminal justice system.”

Ms Hennessy said the state government would act on all of the royal commission’s recommendations, including forming a taskforce to oversee the implementation of the recommendations. She also backed the report’s central call for an independent investigator to determine who could and should be criminally charged.

“The commission's findings are serious and significant and individuals and organisations must be held accountable,” Ms Hennessy said. “There is still a long and challenging road ahead, but we will do whatever it takes to restore confidence in our justice system.”

Victoria Police Chief Commissioner Shane Patton agreed that the use of Ms Gobbo had been a profound failure by the force, but rejected the suggestion that Victoria Police believed any action was justified to secure convictions.

“While police at the time were certainly grappling with extraordinarily challenging and dangerous times, I reiterate that the ends, did not, and never do, justify the means,” Mr Patton said.

He said police should continue to have the power to investigate misconduct within their own ranks, and to do otherwise would amount to "outsourcing [police's] ethical health".

The Victorian Greens and the Flemington and Kensington Community Legal Centre used the royal commission's final report to call for Victoria's corruption agency to be given more power to investigate police misconduct. Currently, police investigate most complaints against officers internally.

Mr Patton said he understood the importance of an independent investigator being appointed to assess claims of illegality in the Gobbo affair, but the principle should not apply to all incidences of police misconduct.

"You cannot outsource and abrogate your responsibilities,” he said, adding he was "very comfortable" with current oversight arrangements.

The royal commission recommended independent oversight over police sources in the form of a public interest monitor, but did not call for another watchdog beyond the Independent Broad-based Anti-corruption Commission to investigate police. Instead, IBAC should have more powers to access police source records and enter police premises, and more funding and resources.

Ms McMurdo accused Mr Ashton, who retired this year, of failing in his duty by not acting to stop prosecutions contaminated by Ms Gobbo, including the prosecution of Mokbel and those associated with what’s known as the tomato tins ecstasy bust.

She said Mr Ashton could and should have conveyed a clear public message about the improper and unacceptable conduct by Victoria Police when the scandal came out, but he did not, instead suggesting the use of Ms Gobbo was justified amid the brutal gangland wars.

The royal commission, she wrote, was satisfied Victoria Police had been reluctant to accept responsibility for what had occurred and to be fully transparent about the size and scope of the problem.

As for Mr Overland, Ms McMurdo said he should have identified the grave risks involved in registering a criminal defence barrister as a human source. She said Mr Overland likely did not seek legal advice about her use as an informer because it would limit the information he hoped to obtain to help solve the gangland wars.

Ms McMurdo said there was an “unacceptable willingness throughout the organisation to tolerate bending the rules to help solve serious crime”.

As part of the final report, the royal commission released the names of 124 affected people, of which about 70 are still in jail, including Mokbel. An appeal against his conviction could be bolstered by Monday’s findings, with Ms McMurdo saying Ms Gobbo likely breached her professional legal duties to him even though their relationship was also a personal one.

The royal commission found Ms Gobbo gave police extensive information about Mokbel's finances and while representing him at trial, told police about his prospect for acquittal and attitude to pleading guilty along with defence strategies. After he fled via boat to Greece, she remained in contact with him and shared details with police while assisting in his extradition.

Though Ms Gobbo argued she helped police because she was affronted by Mokbel’s criminality, Ms McMurdo said: "The criminal justice system could not function if lawyers took on the role of deciding if clients deserved to be informed on to police, in breach of their professional obligations to those clients and the administration of justice."

But despite the damage done to the justice system by Ms Gobbo and Victoria Police, the royal commission stopped short of recommending a total ban on using lawyers as informers.

Ms McMurdo said while "it is almost never appropriate for police to use a lawyer as a human source to provide information about their own client", a prohibition was not warranted because there "may be limited circumstances in which the use of such sources may be justified".

The royal commission also noted that lack of co-operation from Victoria Police meant it could not conclusively determine whether 12 other "potential Gobbos" – legal professionals with obligations of confidentiality or privilege – might have inappropriately provided information against clients and others.

It has called on the government to appoint an independent figure to get to the bottom of the enduring question.

“Based on the information available to the commission, there is no evidence to indicate that Victoria Police’s use of any human sources, other than Ms Gobbo, resulted in the use of confidential or privileged information that may have affected the validity of any criminal prosecutions or convictions," the report says.

The royal commission’s two-year operation has cost $39.5 million, which does not include the legal bills for many of the parties involved, including Victoria Police, Ms Gobbo and the Office of Public Prosecutions, that have also been picked up by the taxpayer.

But the handing down of the report is not the end of the Gobbo saga. Apart from the looming appointment of a special investigator, at least five appeals are already under way, and more are expected to follow in the wake of the royal commission's findings.