Spain has proposed restarting travel between European zones where coronavirus has been brought under control as a way to save the summer tourist season.

The plan would see Europe divided into zones which would then be coded ‘green’ or ‘red’ depending on whether the virus has been brought under control locally.

The green zones would then be joined to form a network with travel allowed freely between them – even if they are in different countries. 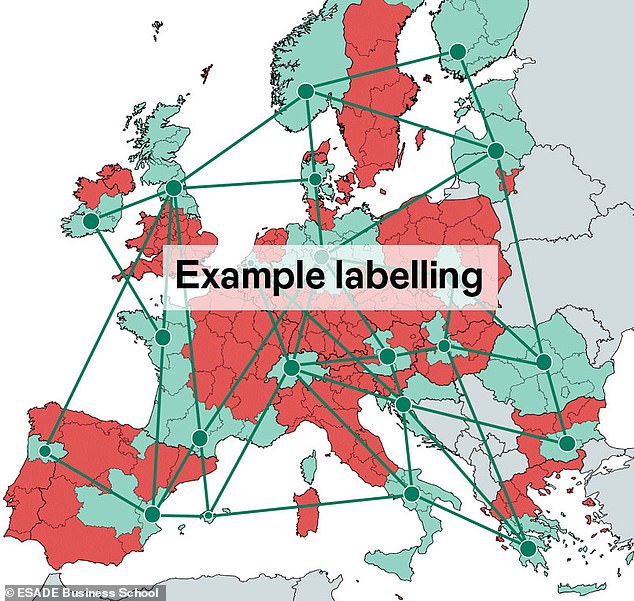 Spain has proposed splitting Europe into green and red zones then allowing travel to restart within green zones as soon as possible, in the hopes of salvaging the tourist season

Travel in the red zones would be restricted to all-but essential journeys.

Spain, the world’s second-most visited country, is desperately trying to restart its tourist industry which makes up 12 per cent of GDP.

Maroto’s plan appears to be based on a policy proposal from Madrid’s ESADE Business school made at the start of the month.

The plan envisages each zone applying separately to the EU for ‘green’ status, if they think they qualify.

Independent testers would then be dispatched by the European Commission to determine whether a zone qualifies for the status.

All zones that are declared green would then be lumped together into a ‘green-zone travel network’, and tourism restarted immediately.

However, the plan makes no mention of how the rules would be enforced or who would be responsible for doing so

For example: How would a country stop a person who is arriving into a green zone from going to a red zone during their travels?

Would people from green zones be permitted to enter red zones in order to travel – for example to get to the airport? 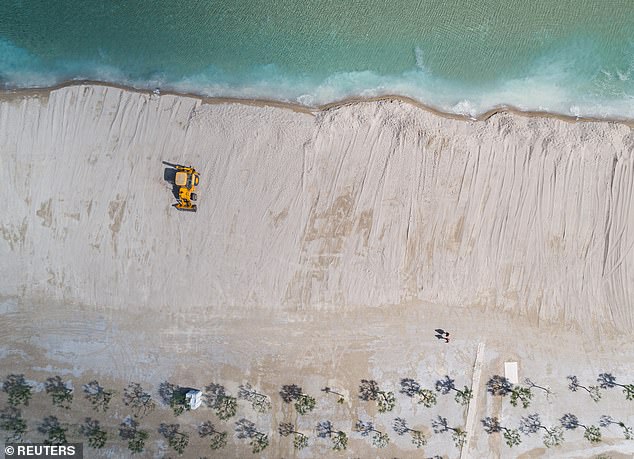 European leaders have said restarting tourism after the

How often would the status of each zone be reviewed, and what would happen to travellers who book tickets while their zone is ‘green’ only to find it turn ‘red’ before their trip?

The European Commission has already issued guidance on how countries and airlines can safely restart travel, insisting that resuming tourism is its ‘priority’.

Measures include masks for travellers, mandatory PPE for staff, and redesigning airports to remove or restrict areas where people congregate.

Travellers should be encouraged to use paperless boarding passes to minimise contact with staff, and discouraged from bringing hand luggage on planes to stop them from moving about the cabin.

Countries are also being advised to drop all travel restrictions as soon as possible, though the commission does not have powers to force governments to do this.

Spain’s Prime Minister has encouraged tourists to start booking holidays in the country from July, when rules requiring arrivals to quarantine for 14 days are expected to be dropped.

Germany has also raised the prospect of dropping travel restrictions within Europe by June 15.

Many countries are also thought to be in talks about opening ‘air bridges’ in order to bypass rules that mean new arrivals have to quarantine for 14 days.

Even once travel is legally allowed, it remains to be seen whether tourists will want to go abroad – given the risk of being infected with coronavirus while abroad or bringing the disease back home.

It is also not clear how many flights will be available, after airlines including British Airways and Virgin announced huge job cuts.