Spain sees its highest number of deaths and new coronavirus infections yet: 849 people die and cases rise 9,222 in one day

Spain has suffered its darkest day yet of the coronavirus outbreak as the number of new deaths and cases both rose by record amounts.

The country registered 849 new deaths between Monday and Tuesday, taking its total from 7,340 to 8,189 – higher than the 838 it suffered overnight Sunday, which was its previous worst day.

Meanwhile the number of confirmed cases rose by 9,222, taking the total from 85,195 to 94,417. That figure tops the roughly 8,200 cases the country logged between Wednesday and Thursday last week.

The rise in cases marks a 10.8 per cent increase, putting an end to several days of falling rates and crushing hopes that an end to the contagion might be in sight. 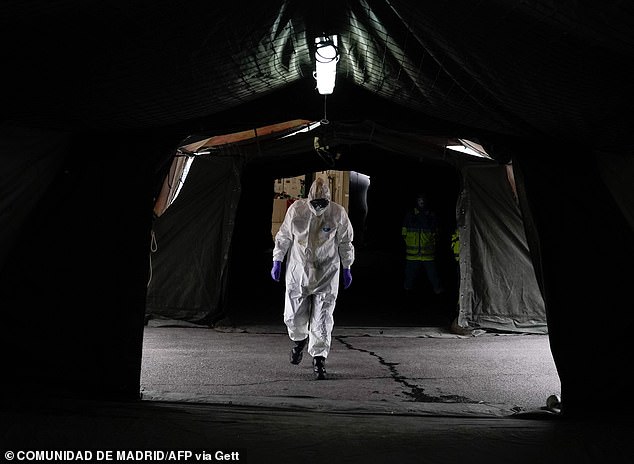 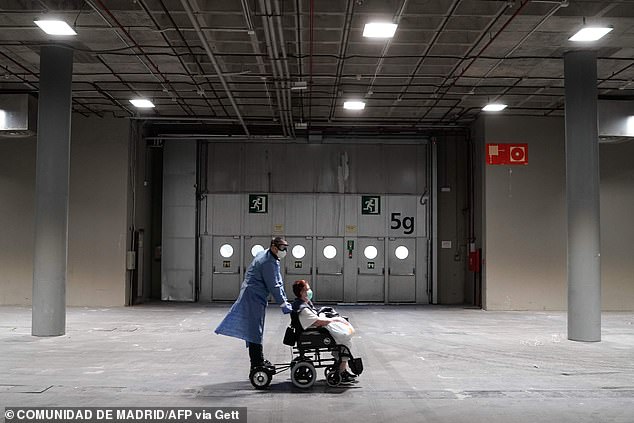 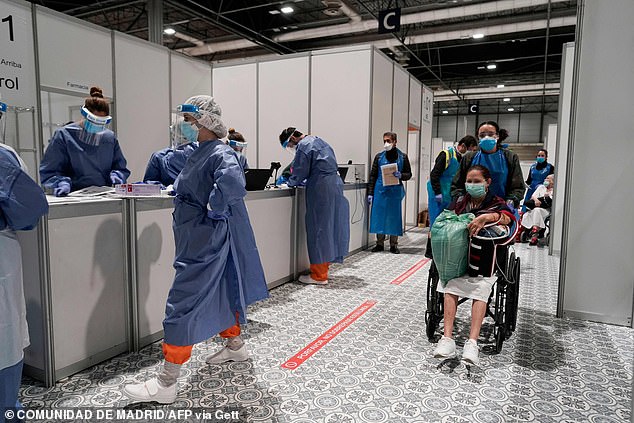 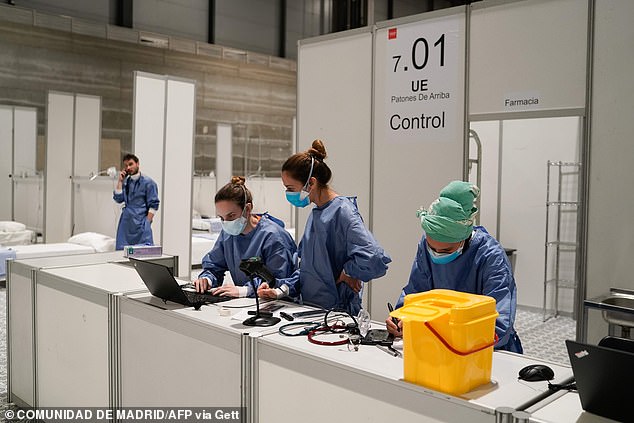 The 9,222 new cases included 3,419 in the Madrid region, which accounts for nearly half the total deaths, and another 2,616 in Catalonia, the government said.

Spain has already become the third country in the world to overtake China’s total infection count, after Italy and the United States also did so.

The government in Madrid is enforcing even tighter stay-at-home rules this week despite the resulting economic standstill.

Authorities are imposing a two-week halt to all non-essential economic activity, which came into effect on Monday.

Hundreds of thousands of Spaniards have already applied for unemployment subsidies since the confinement measures began in mid-March.

A 200-billion euro aid package, much of it from public funds, has been rolled out to help workers and companies cushion the drop in production.

Hospitals are seeing scores of medical workers falling ill and requiring quarantine, while the arrival of protective gear is suffering delays.

Crews of workers and soldiers have been frantically building more field hospitals in the capital and surrounding towns.

The Madrid region is among six of Spain’s 17 regions at their limit of ICU beds. Three more, according to officials, are close to it. 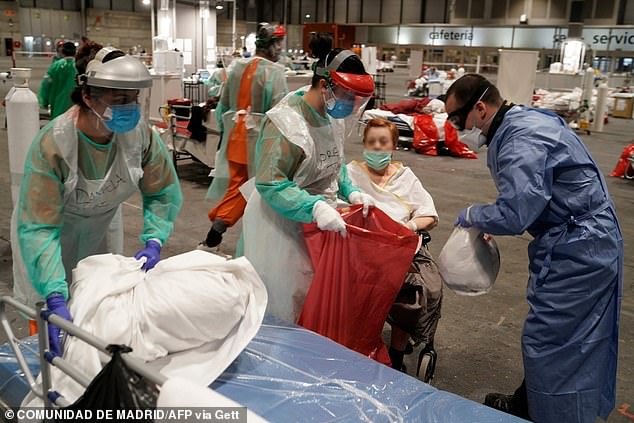 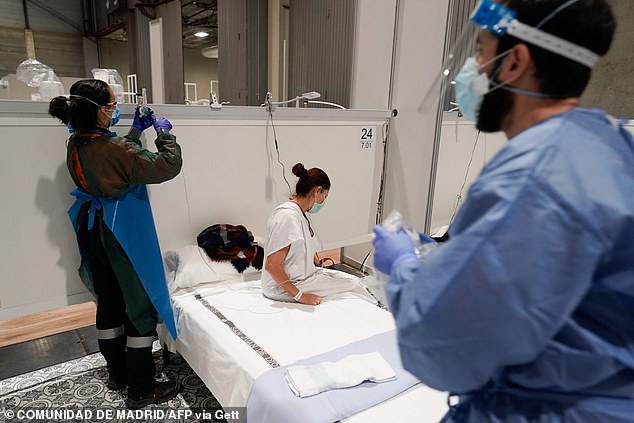 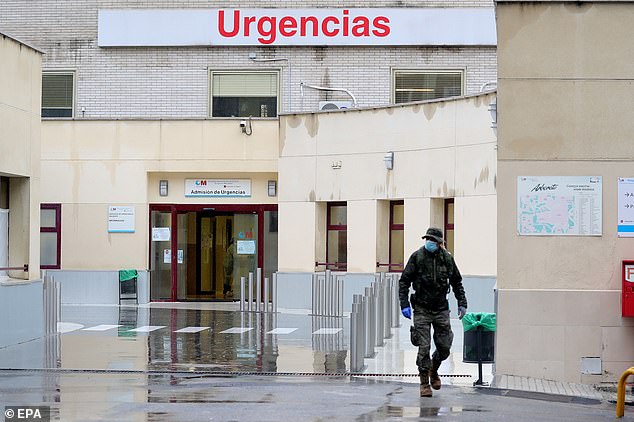 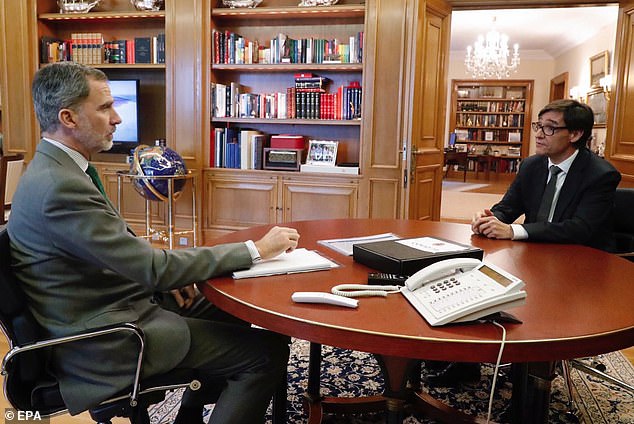