A man bought his late father’s police car after spotting it on eBay – and even found his dad’s expenses sheet behind the dashboard.

Retired copper Greg Barnett, 47, chanced upon the 1978 Vauxhall VX90 while browsing the internet.

He realised it could be the same motor as the one he rode in while growing up. 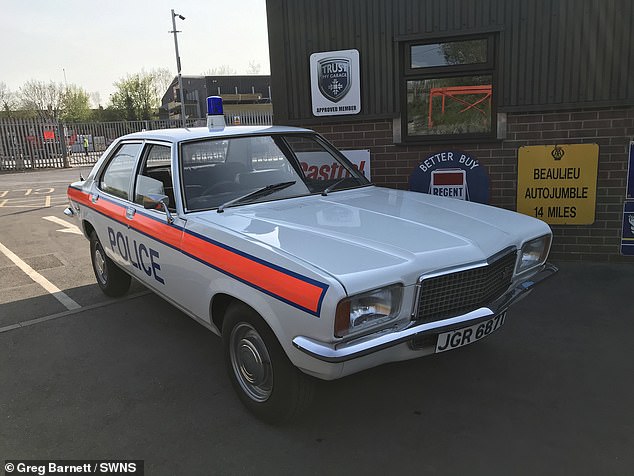 Retired officer Greg Barnett bought his late father’s police car, a Vauxhall Victor pictured here, after spotting it on eBay – and even found his dad’s expenses sheet behind the dashboard 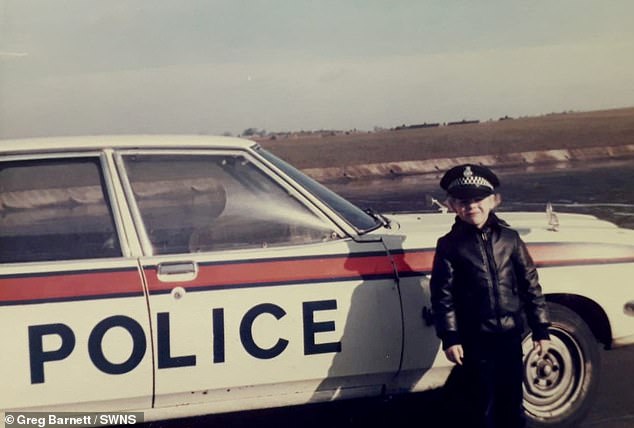 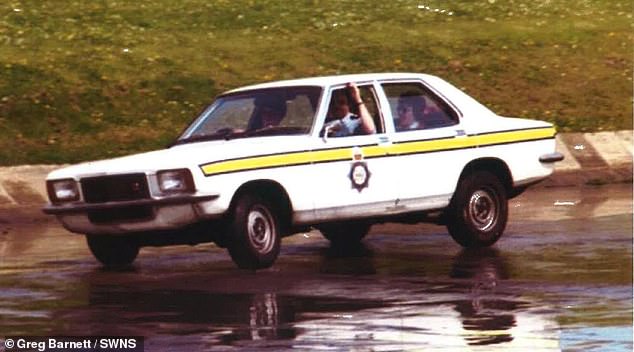 Greg, from Chester-le-Street, Co. Durham, said: ‘I found it on eBay. I was round my cousin’s house doing some work and he said he’d seen this car.

‘He used to work at the police too – he said he probably painted it! I looked at it and said: ‘That looks like Dad’s car’.

His dad Barrie was a driver training instructor for Durham Constabulary and used the vehicle to teach hundreds of officers on the ‘skid pan’.

The car – also known as a Vauxhall Victor – was last seen by Greg years ago, who followed in his father’s footsteps and joined the same force.

The motor eventually made its way south and ended up in the hands of a garage owner in Wells, Somerset, who spent lockdown restoring it

He then listed it online where now-retired Greg spotted it – and made contact.

An old oil ‘chit’ – a tracking sheet – found behind the dashboard proved it was Mr Barnett’s car – and Greg has now decided to buy it for £9,000.

The former copper is picking up the keys today [July 24] and said he plans to return to show the car off in the future. 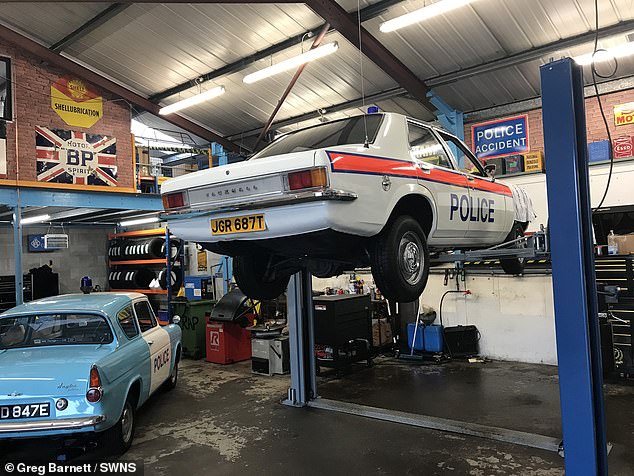 The Vauxhall Victor was first registered to Durham Constabulary in August 1978.

By December 1980, the Vauxhall was ready to be demobbed but instead of being despatched to auction, it was employed as a training vehicle on the ‘skid pan’.

A skid pan is a slippery road surface prepared for drivers to practise control of skidding.

Greg said: ‘My cousin was flicking through the photographs – that’s when I saw the oil and fuel chits.

‘I was gobsmacked when I saw the receipts with my father’s signature on it – it blew me away.

‘It brought a lot of memories flooding back. It’s as if the car has come back home.’

Greg, who now owns his own business, added that he plans to showcase the car at classic shows and hopes to make contact with Durham Constabulary.

The car was restored and is being sold by garage owner Nathan Willmott, 41.

He said it took him around six months of solid work to finish – and he even left in a few dents for posterity.

He said: ‘It’s a piece of history. The car goes back to 1978. It turns out it’s the only British police car of its kind in existence.

‘I happened to just put it on the internet after restoring it, to see what the interest was – and Greg found it.

‘I’ve checked it with the DVLA – it’s only had one registered owner. I like cars with history.

‘I found the scrap paper behind the dashboard – which turned out to be the fuel chitty signed by Mr Barnett.

‘A lot of retired and ex-police officers seem to remember it.

‘The car was non-running before. I found it in a council garage in Birmingham.’