COPS are today probing whether a murder suspect had a breakdown after visiting his dad’s grave before he was arrested 100 miles from where one of Britain’s richest men was stabbed to death.

Sir Richard Lexington Sutton, worth £300million, was fatally attacked while his wife Anne Schreiber, 65, also suffered knife wounds and was left in a “critical” condition in hospital. 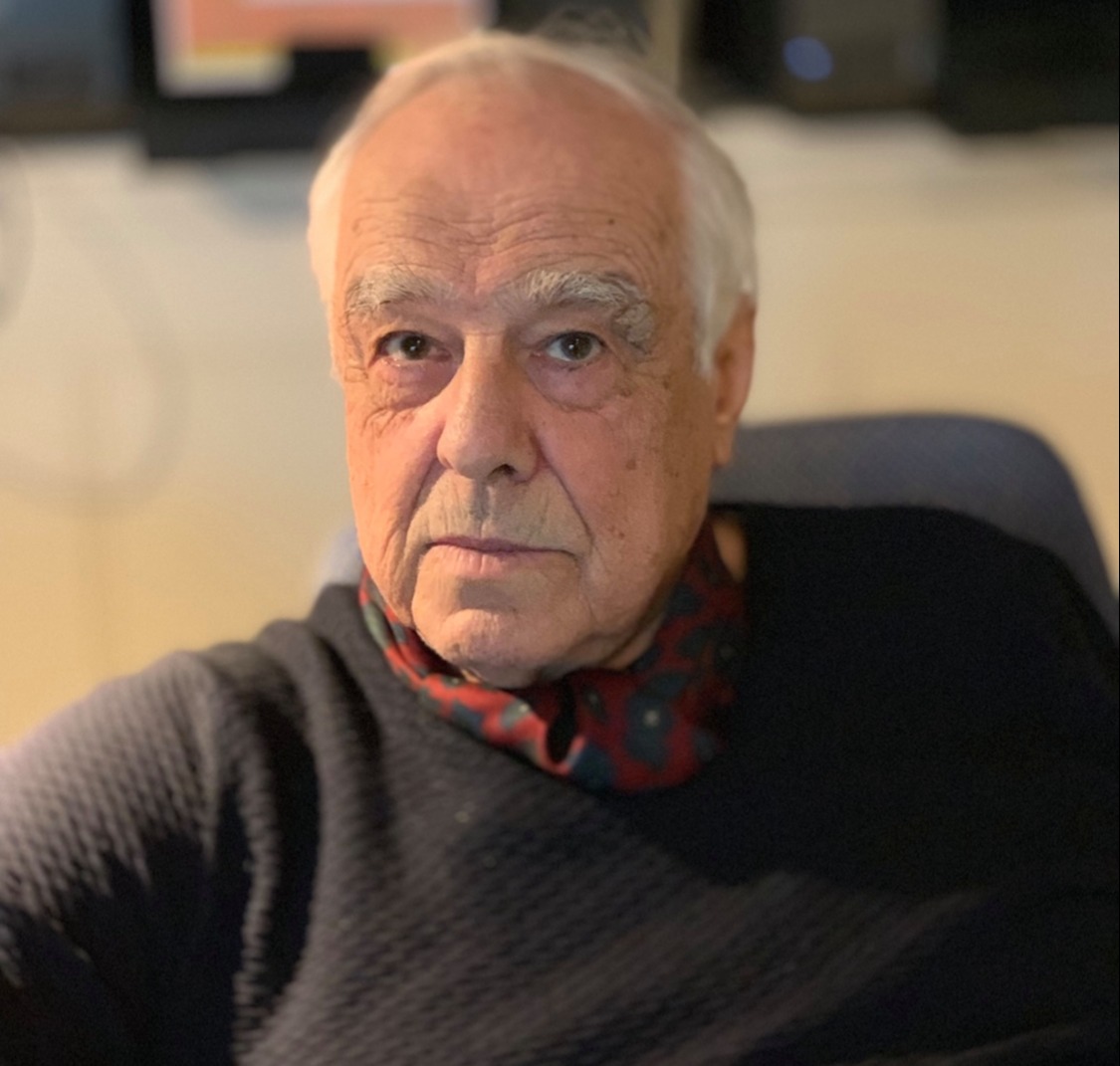 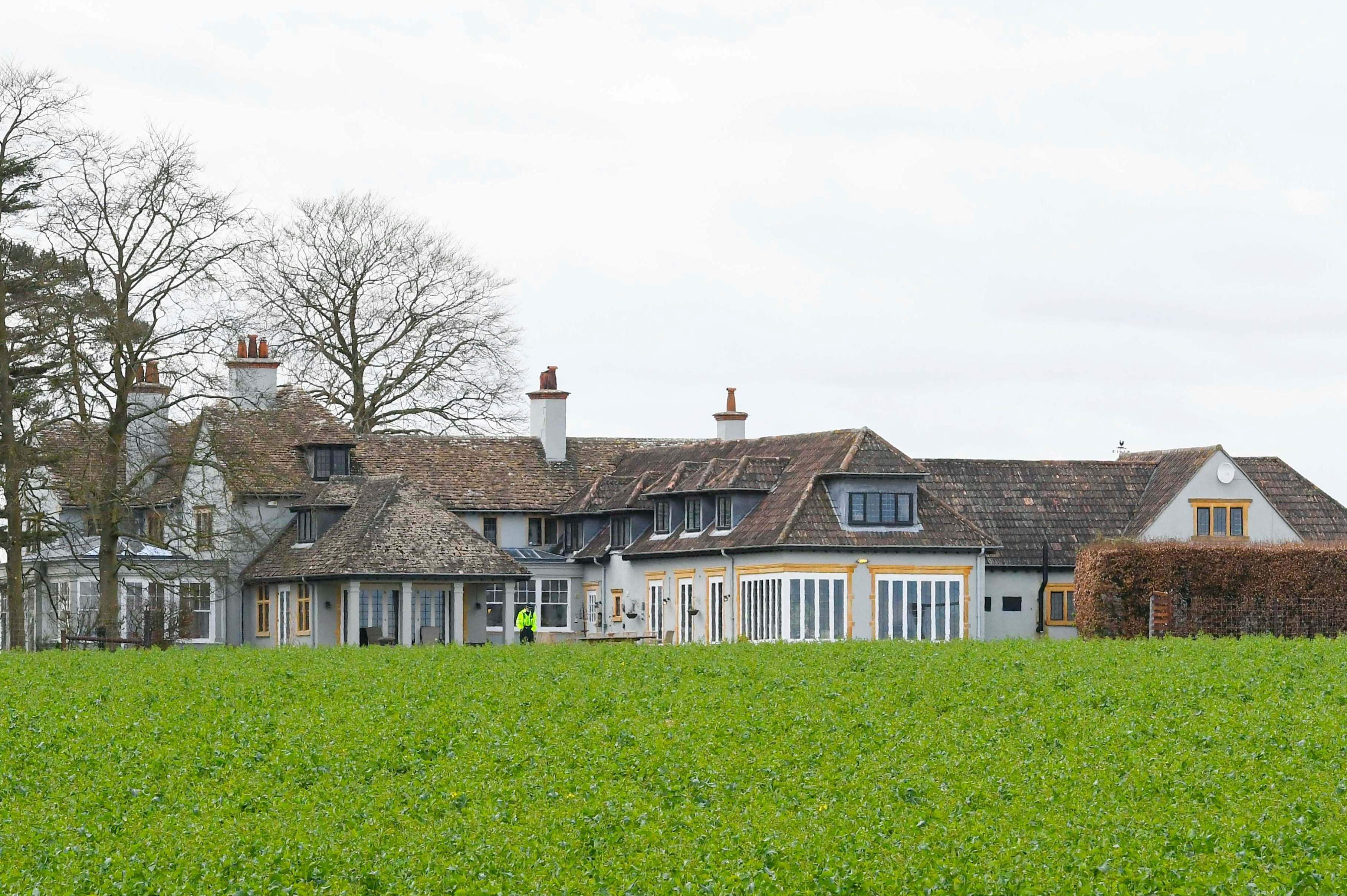 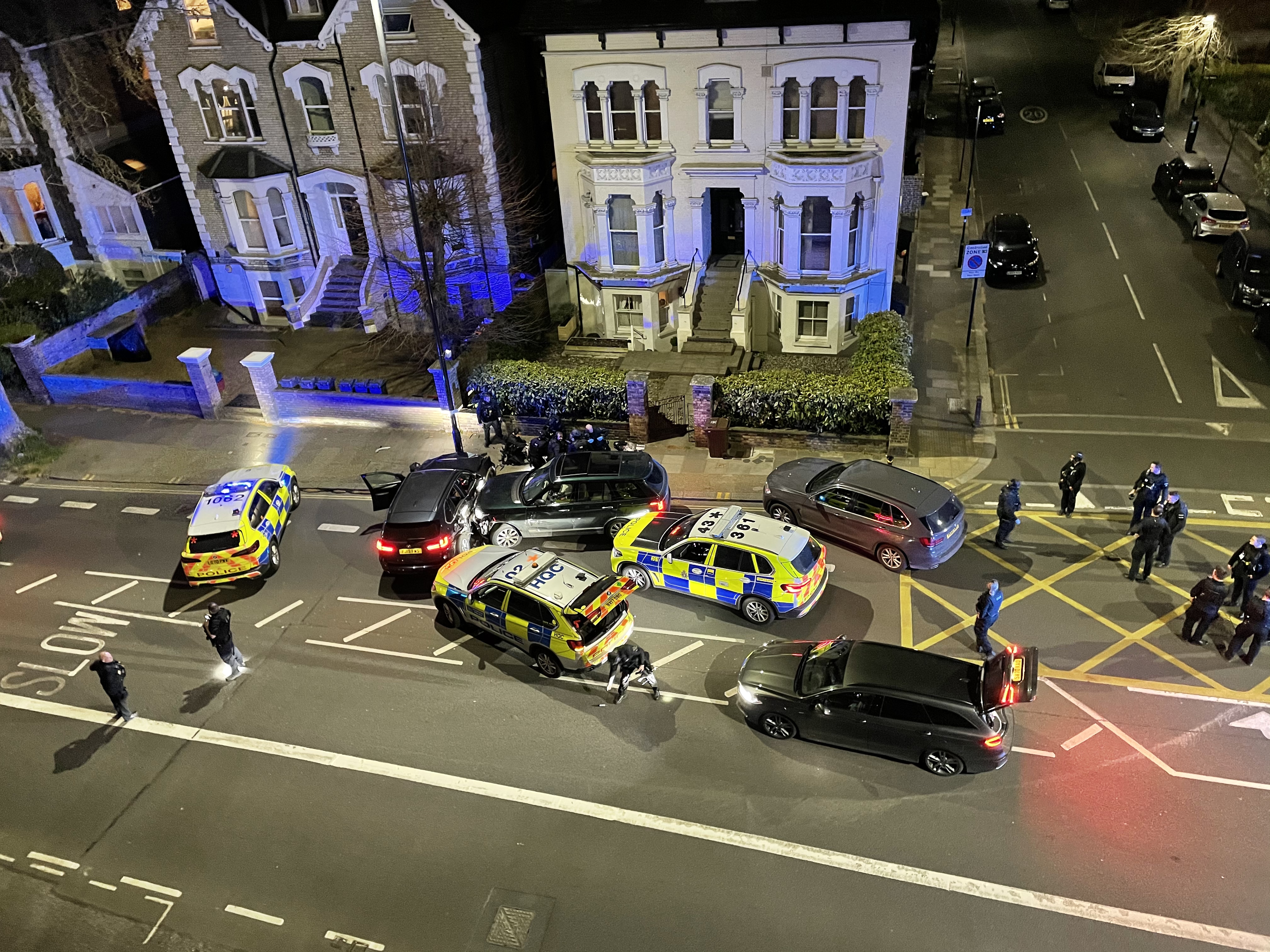 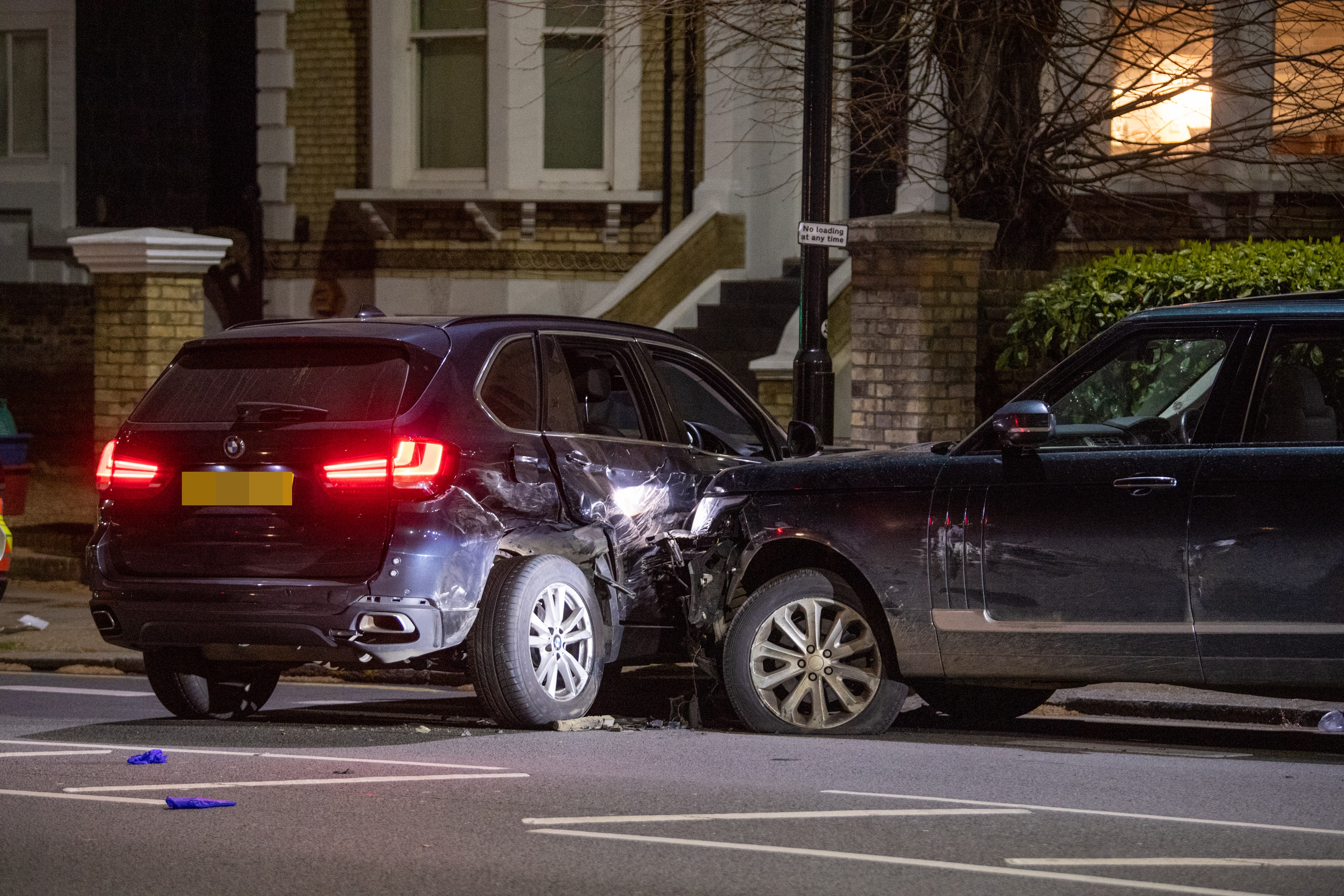 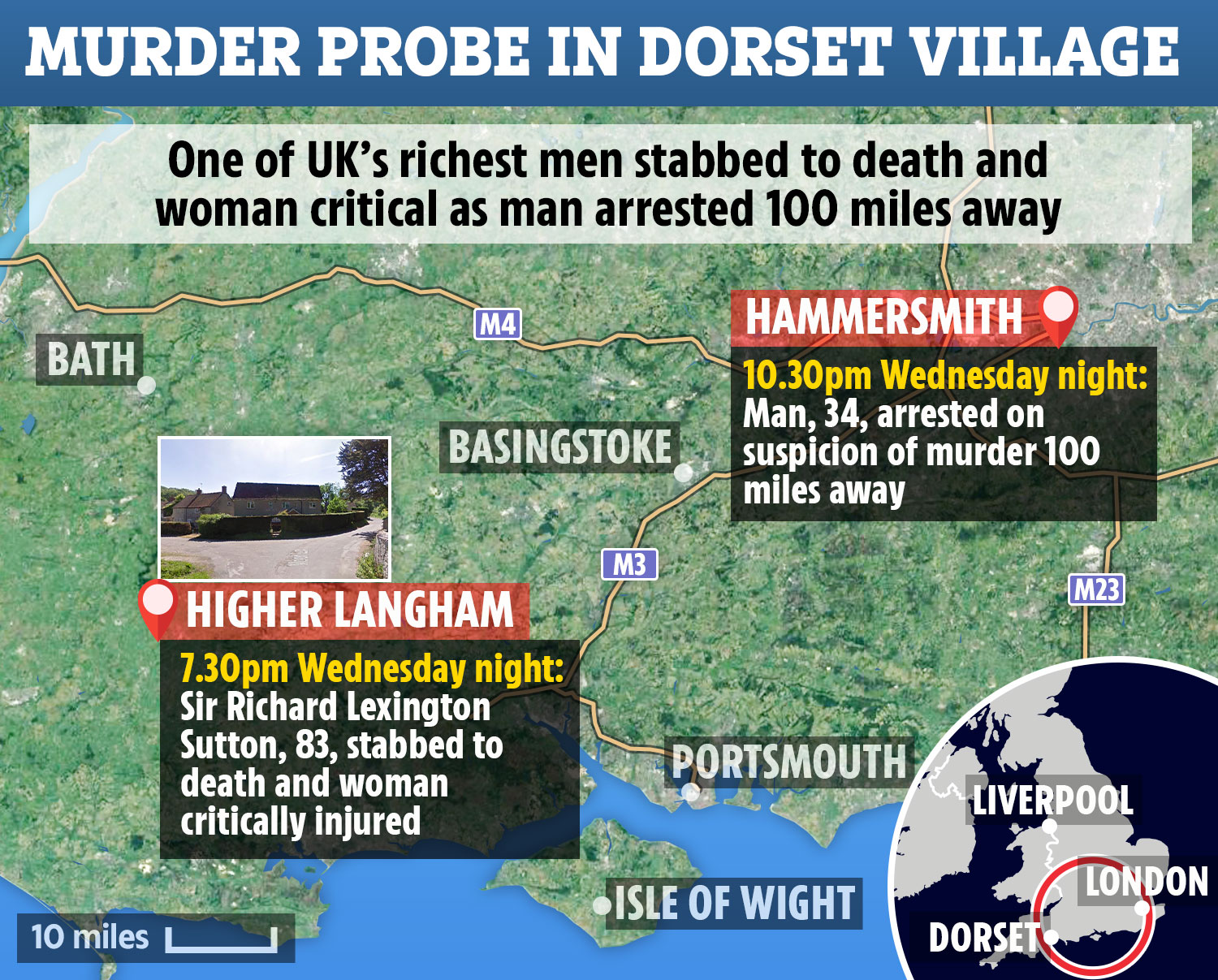 Three hours after the shocking killing in Dorset, police dramatically stopped a Range Rover in Hammersmith, West London, after tracking it across five counties.

They used a "hard stop" technique and swung in front of the vehicle – forcing it to brake immediately.

A 34-year-old man was arrested on suspicion of murder and police later confirmed he was known to the victim.

The Sun understands he was living with the couple.

And according to The Times, the suspect had visited the grave of his dad earlier in the day and detectives are considering whether this promoted a breakdown.

The suspect was later taken to hospital with "self-inflicted" injuries which were not believed to be life-threatening.

Sir Richard, a baronet described as “a charming country gentleman”, owned a huge portfolio of property across the country, including two Park Lane hotels.

He was so badly wounded that police officers attending the scene initially thought that they were dealing with a gunshot wound, it is understood.

A woman who worked for Sir Richard Sutton Limited told The Sun: “What’s happened is worse than anything on Midsomer Murders.  It’s an absolute tragedy.”

On Wednesday evening police dashed to their estate in the tiny hamlet of Higher Langham, near Gillingham, Dorset, after a call from a concerned member of the public.

They found Sir Richard with fatal knife wounds and he was later pronounced dead at the scene.

The hotelier's Danish second wife Anne, a physiotherapist, was airlifted to the Southmead Hospital in Bristol. 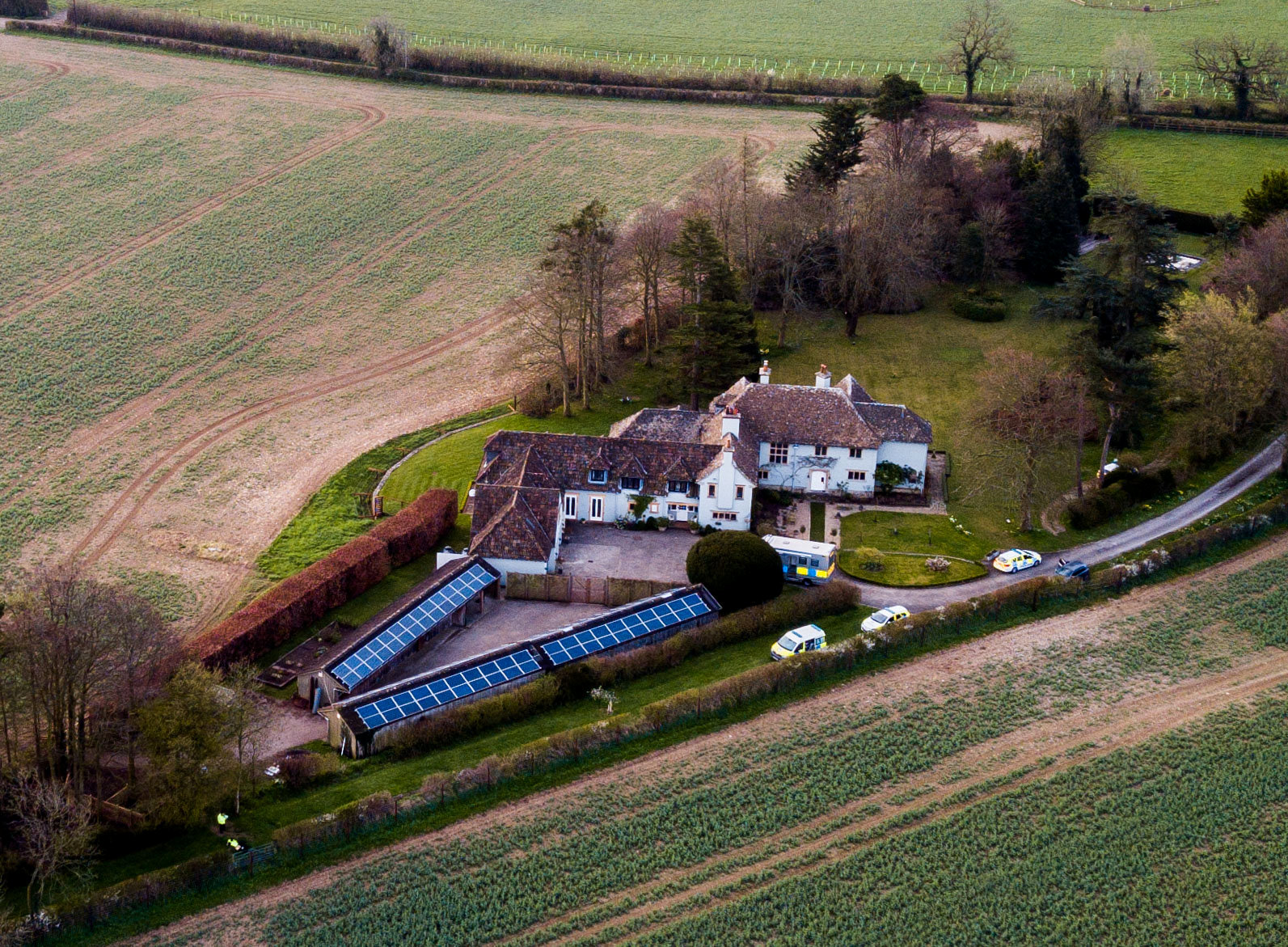 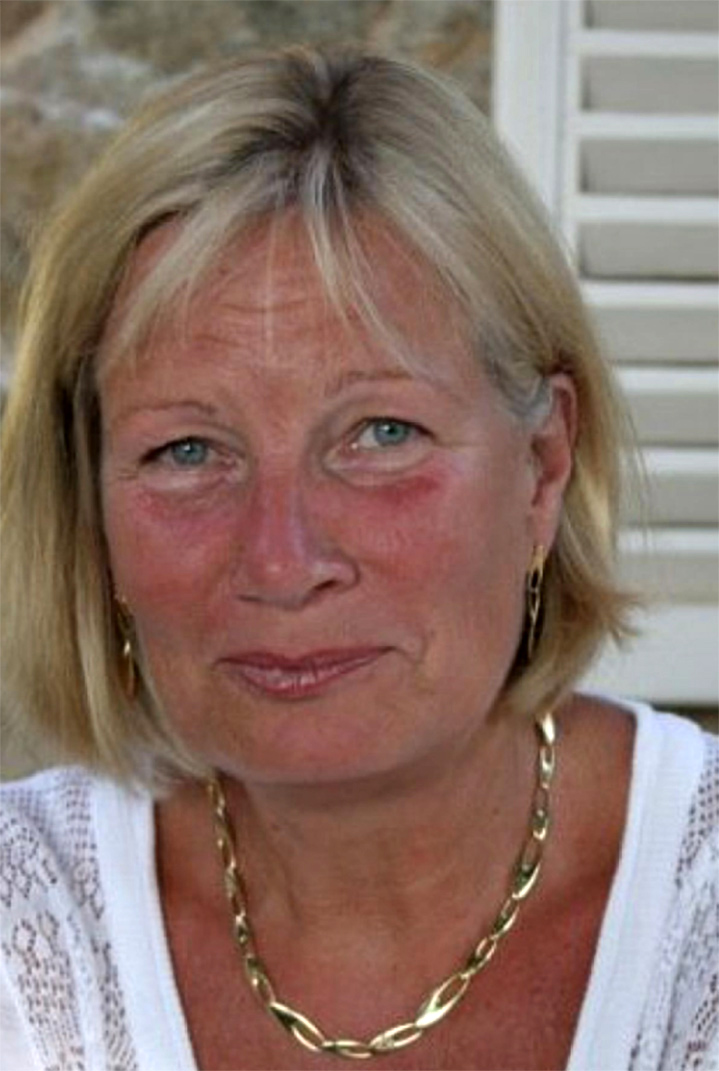 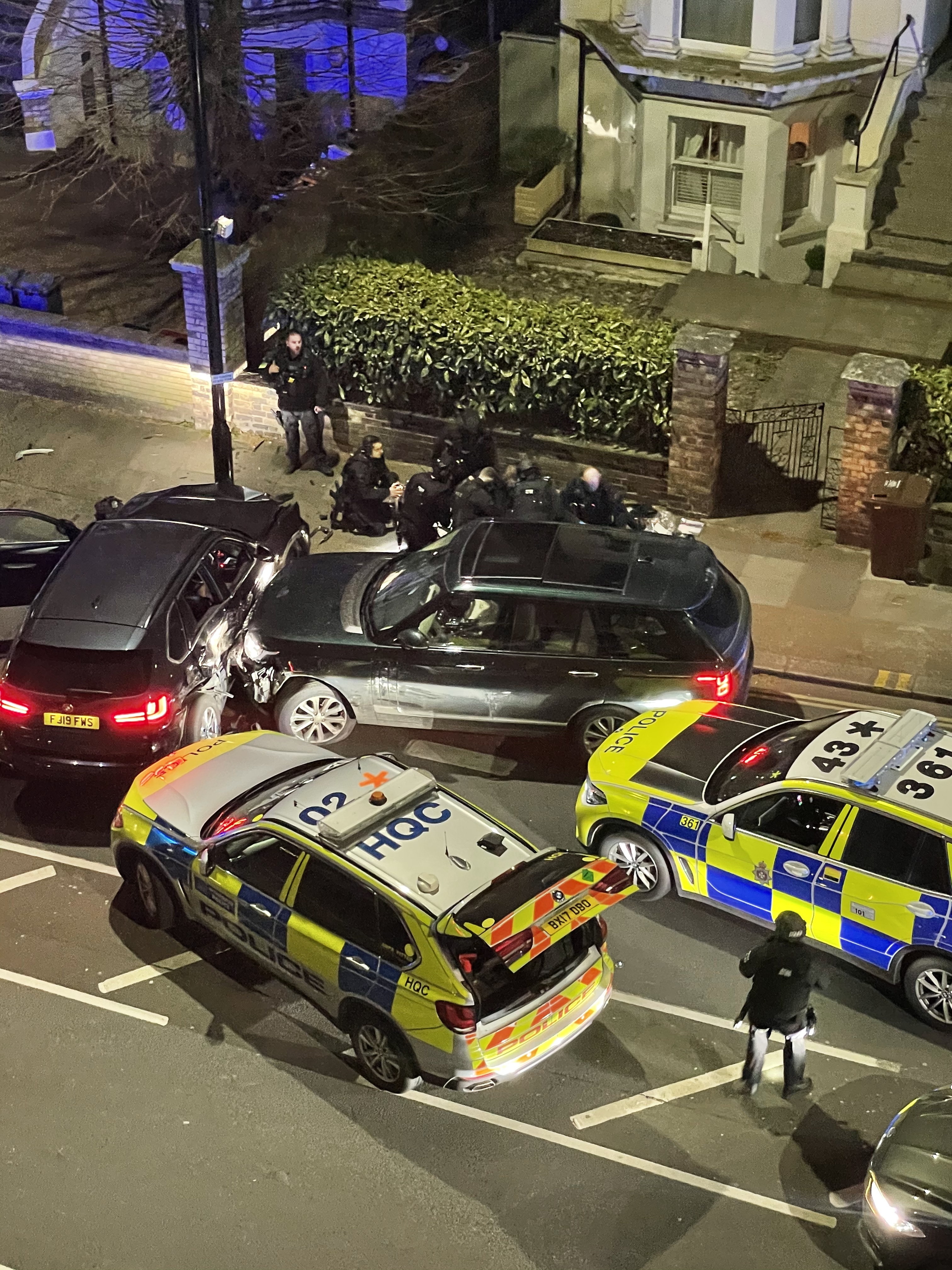 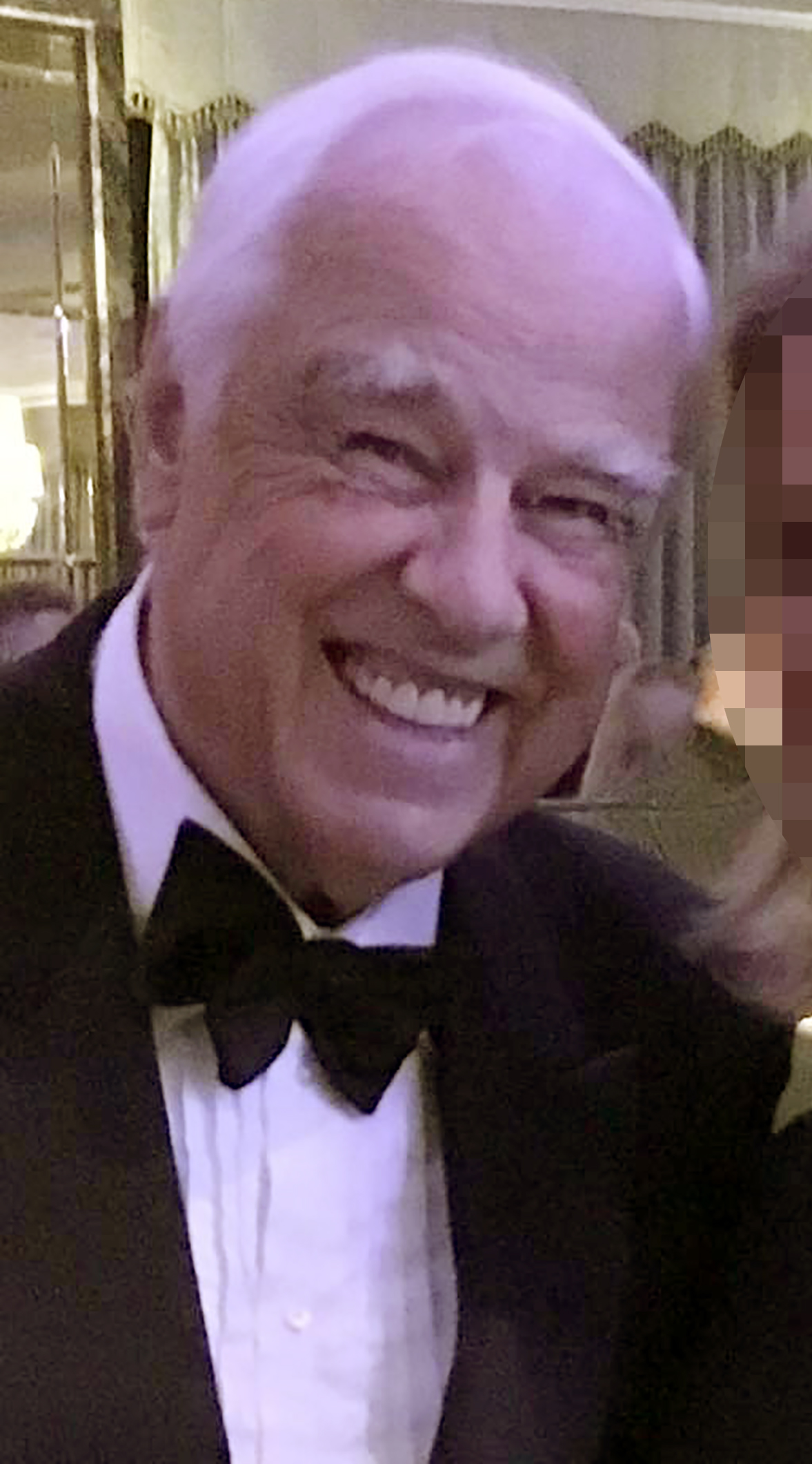 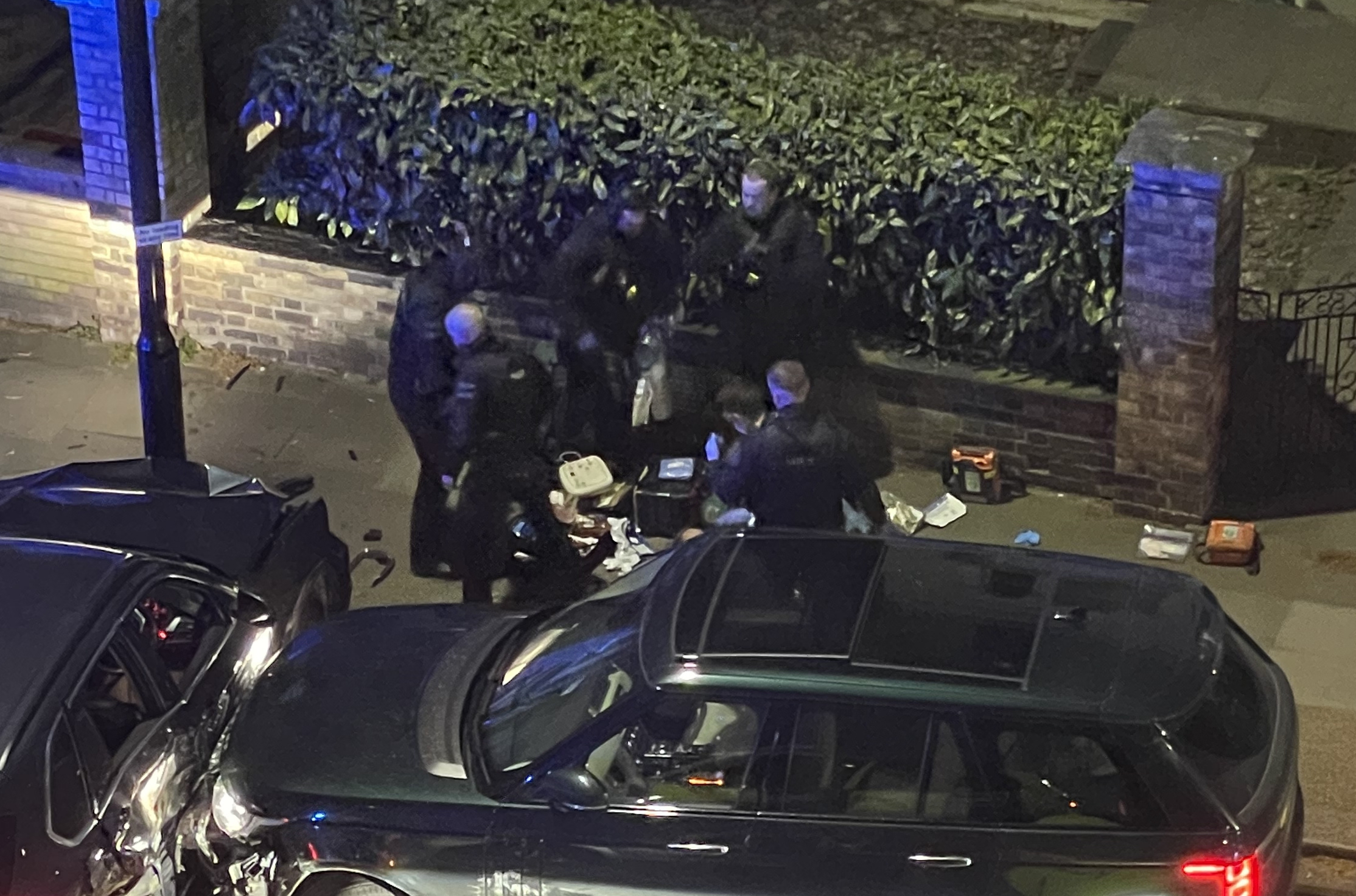 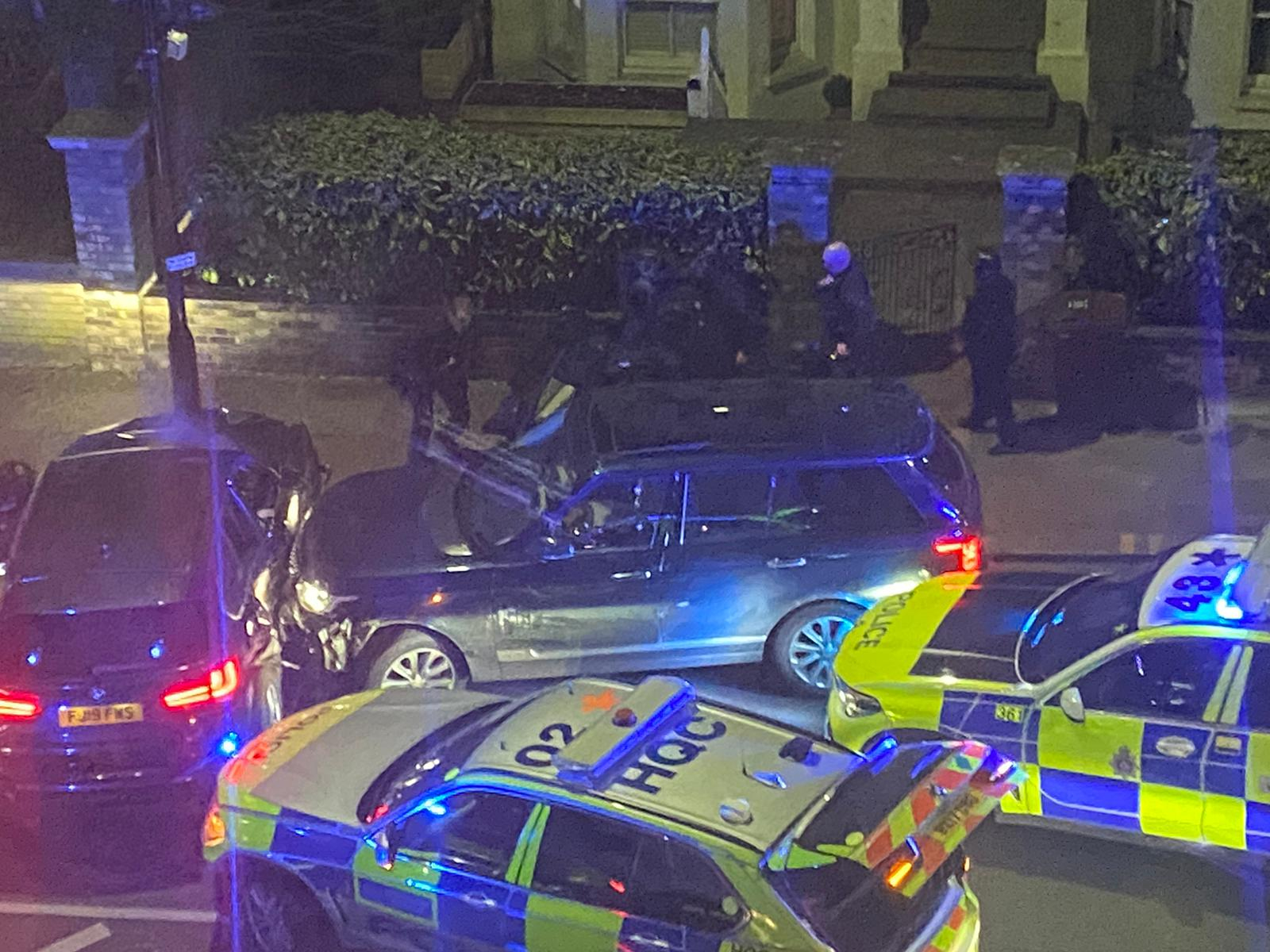 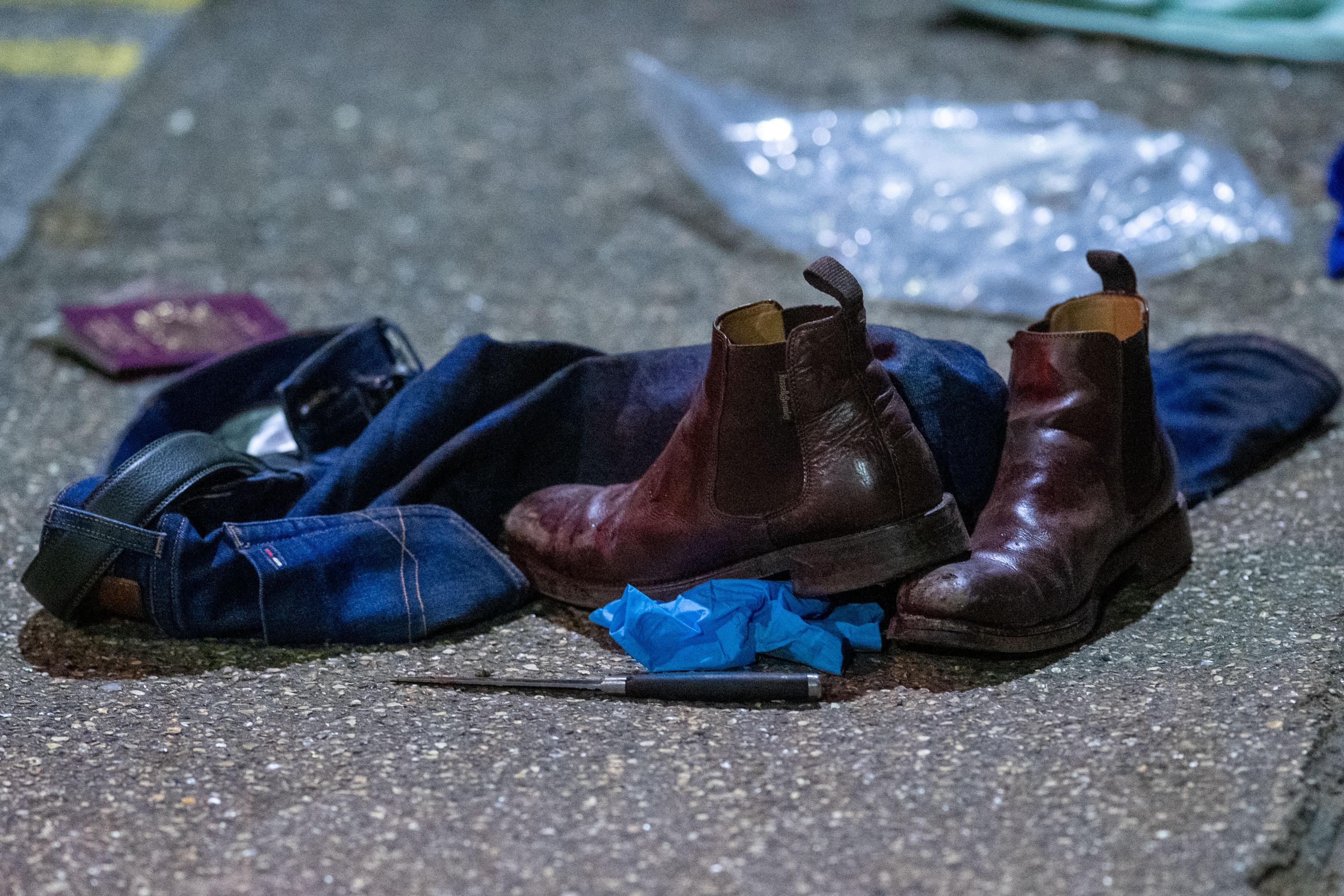 Meanwhile, the suspect had fled in a Range Rover, triggering a police operation involving six forces.

The car was tracked after it left Dorset then sped across Wiltshire, Hampshire, Berkshire and Surrey.

Helicopters were also scrambled as the car made its way at high speed towards London.

A team of crack SCO19 firearms officers in an armed response vehicle then moved in on it at 10.30pm in Hammersmith.

Officers ripped open the driver’s door and pulled him from the vehicle.

They then had to carry out immediate first-aid on him as an ambulance was called.

Dramatic pictures also showed serious damage to vehicles and a knife on the ground next to a pair of boots and jeans.

An eyewitness, Maureen Kane, 50, who was at home when the incident occurred, claims up to 40 "armed" police officers swarmed the area.

Maureen said: "I just heard a loud screech of cars swerving and then crash sounds.

"Then I looked out of my window and saw lots of armed police jumping on top of a car and aiming guns at a man and all around his car.

"He was a white male in his 30s and seemed to be injured – it looked pretty bad – but I'm not sure if he was injured in a crash.

"He was naked as they ripped his clothes off and pulled him out of the car.

"I was scared as I thought it was a terrorist and there were so many police officer with guns.”

Sir Richard, 9th Baronet, was head of the Sutton family, owning around 7,000 acres of land in Dorset, Berkshire, London, Lincolnshire and Aberdeenshire.

He inherited his title and estate in 1981 and was 435th on the Sunday Times’ Rich List.

Sir Richard married his first wife Fiamma Sutton in 1959 before they divorced. They had two children, David, 61, and Caroline, 55, and five grandchildren.

Sir Richard was a caring, generous and warm family man, who genuinely regarded those who worked for him as part of his extended family.”

He later married Anne who has three children from a previous relationship – daughters Louisa, 39, Rose, 35, and son Thomas, 34.

Sir Richard had bought his Moorhill country estate in Dorset in 2014 for £1.4million.

He has owned a huge portfolio of property, farms and hotels across the country, including the five-star Sheraton Grand on London's swanky Park Lane and the Athenaeum in Mayfair.

The millionaire had a sprawling property empire and 7,000 acres of land, is said to be more than the amount owned by the Ministry of Defence.

A spokesman for Sir Richard Sutton Limited said: "Sir Richard was a caring, generous and warm family man, who genuinely regarded those who worked for him as part of his extended family.”

The local MP Simon Hoare, who knew Sir Richard well, paid tribute to the landowner who he said was a "country gentleman".

"When they approached the vehicle, officers discovered that the lone male occupant had sustained a number of serious self-inflicted injuries.

"The male has been taken to a West London hospital. His injuries have been assessed as non-life threatening."

SIR Richard Lexington Sutton owned a huge swathe of land across the country as well as a hotel empire.

He and his family boasted close to 7,000 acres — more than double that owned by the Ministry of Defence.

His flagship hotels were the Sheraton Grand and the Athenaeum, both on London’s prestigious Piccadilly.

His Settled Estates bought the leasehold on the five-star Sheraton in 2014. The following year it was given a multi-million-pound refit.

Another of his firms owns a large farming estate in the Lincolnshire Wolds and 1,800 acres with livestock and arable crops around Stockcross, Berks.

One of the village’s pubs, The Lord Lyon, was named after a Sutton family horse that in 1866 won racing’s Triple Crown — the Derby, St Leger and 2,000 Guineas.

He bought his home — the Moorhill country estate near Gillingham, Dorset — in 2014 for £1.4million.

The baronet’s family title dates back to the time of King James I. 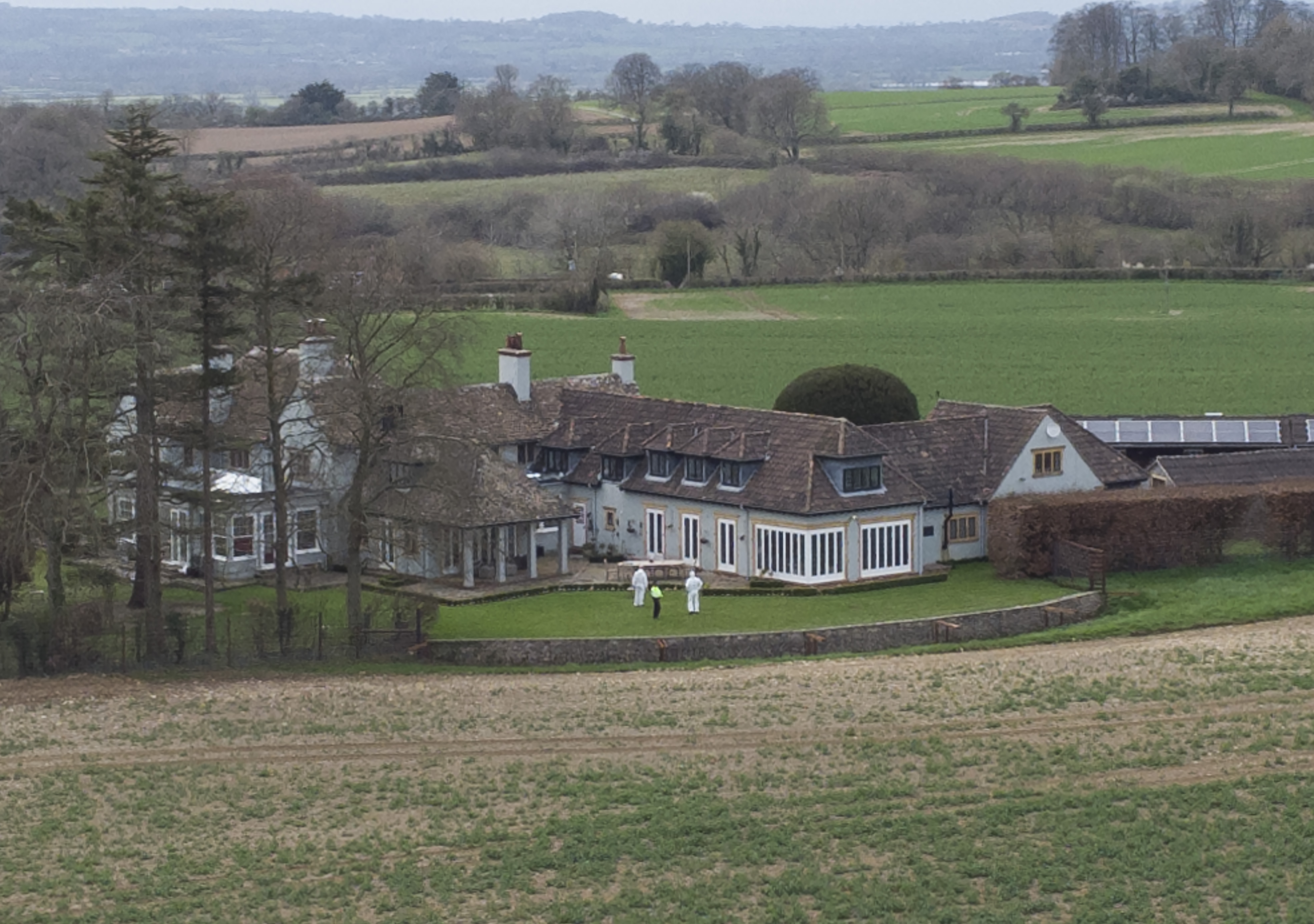 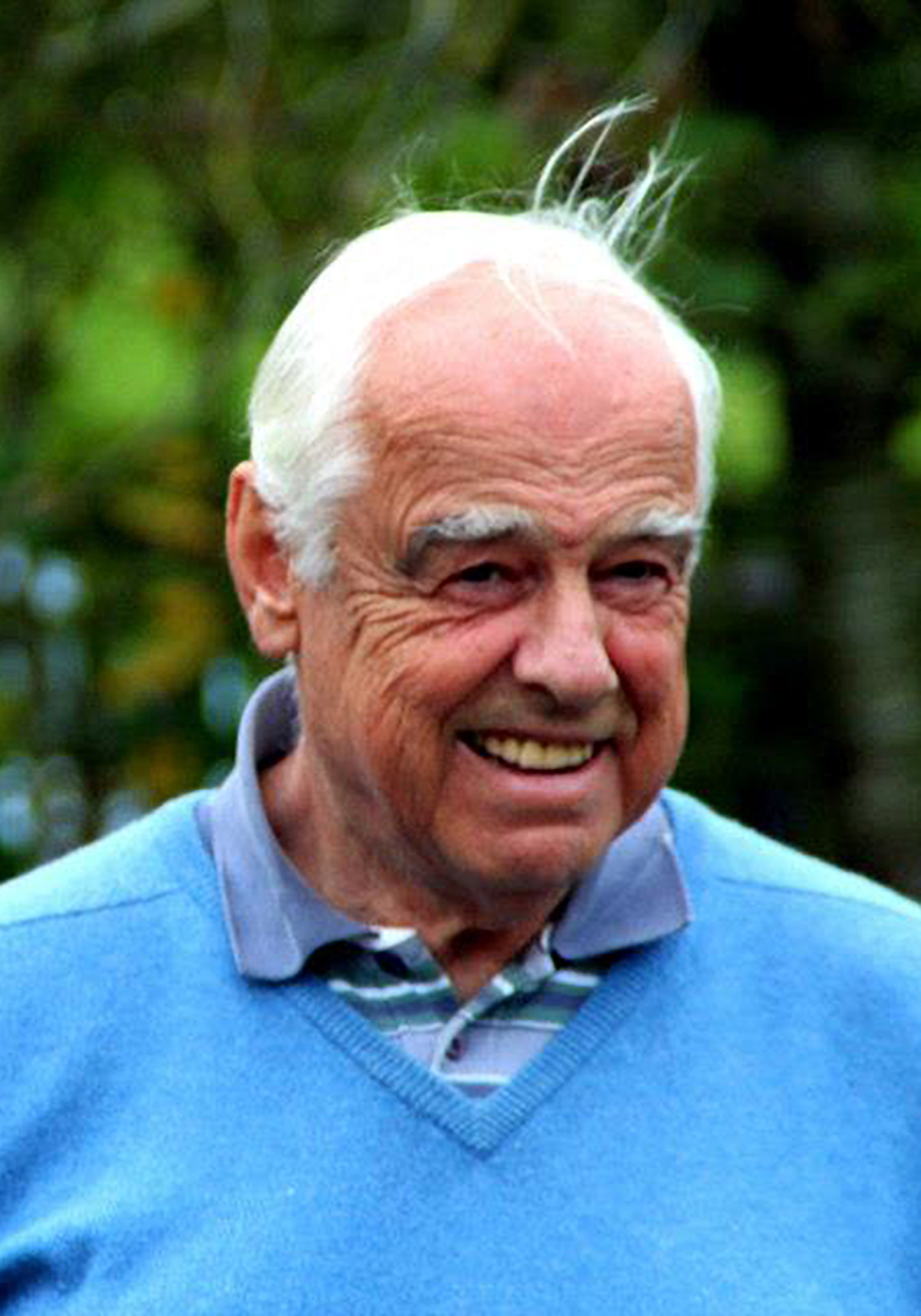 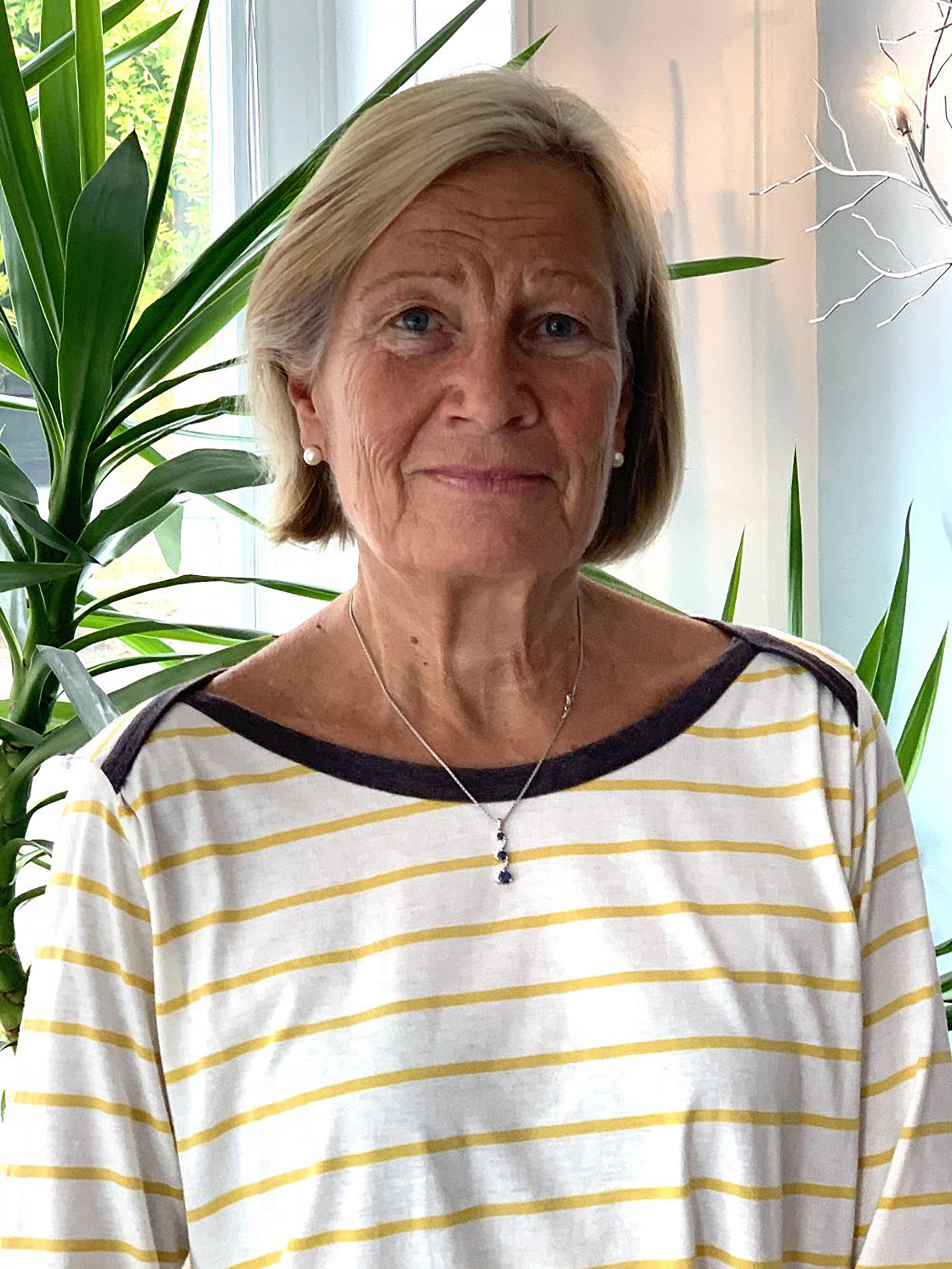 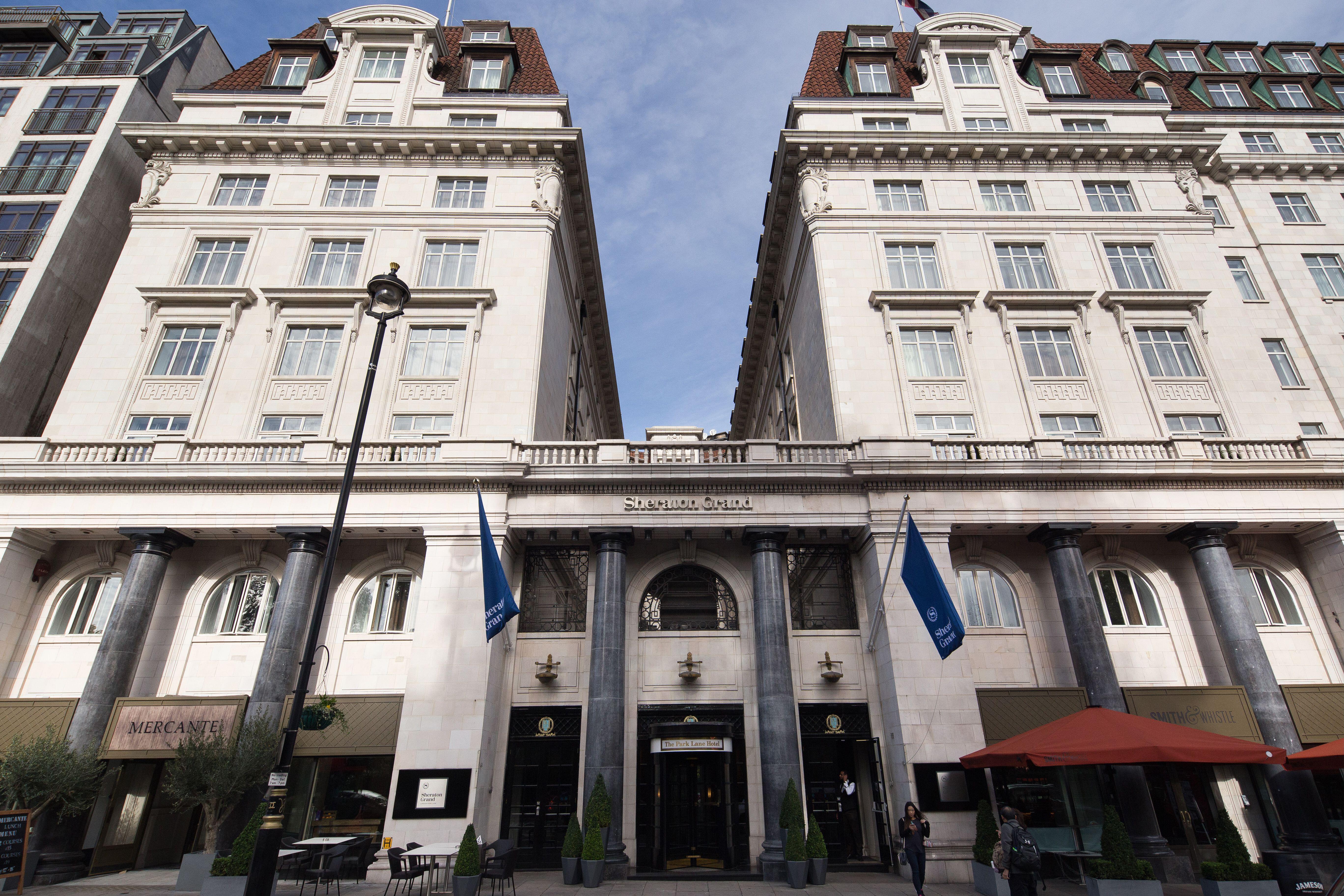 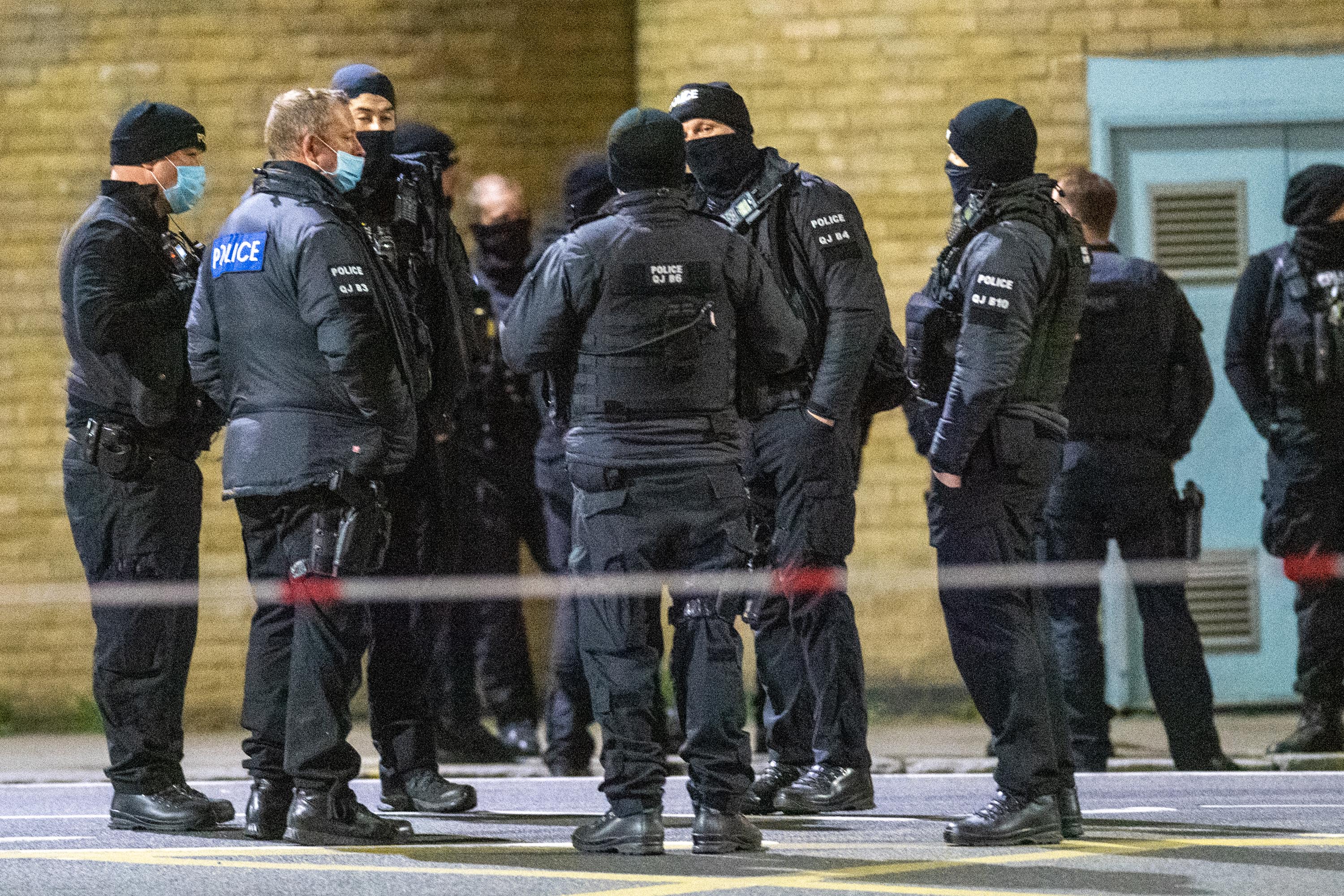 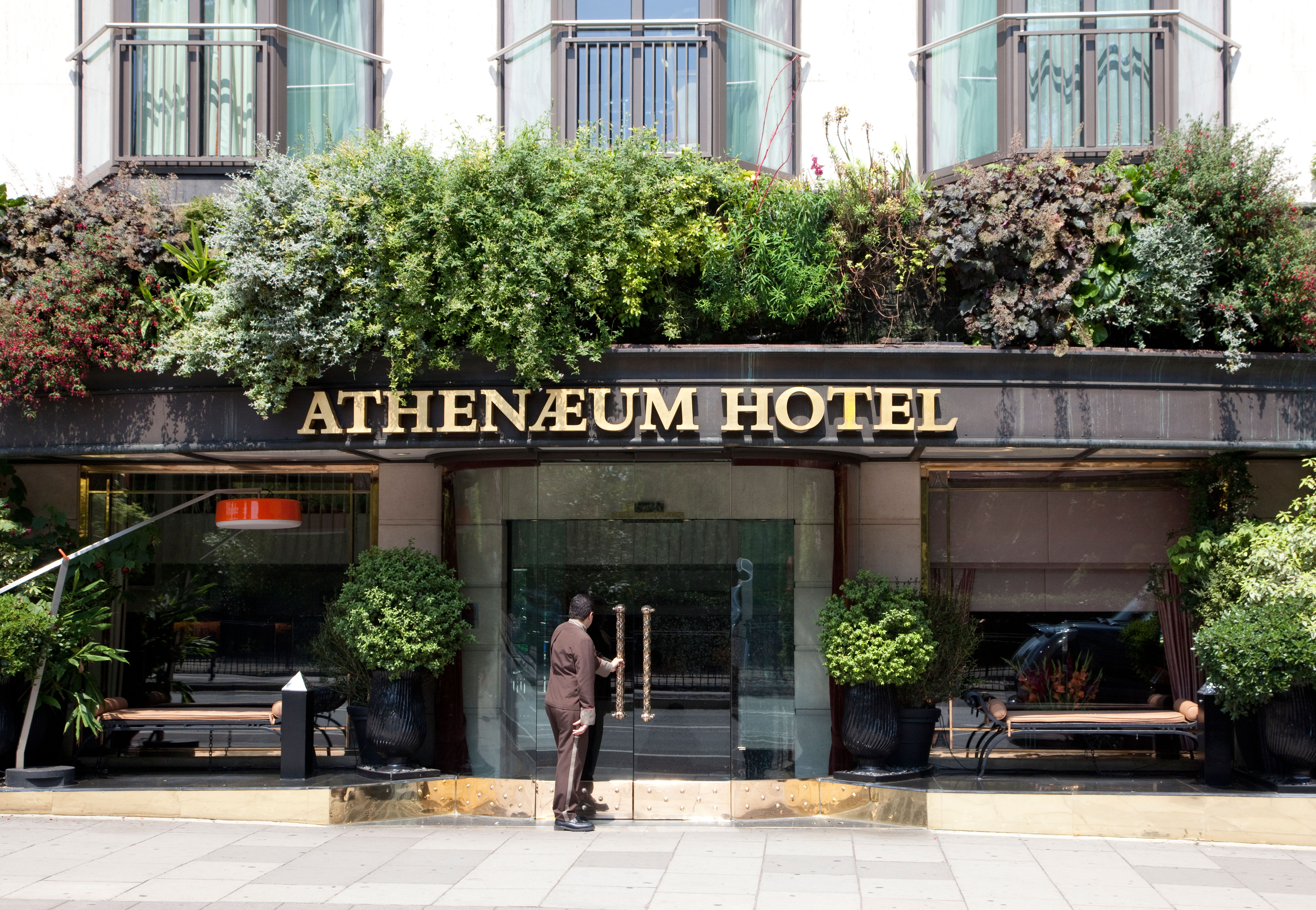