SICK Covid deniers have left families in torment after scrawling the words "one less rat" and "f*** you" on headstones belonging to their babies.

The horrific graffiti was daubed on the graveyard stones at Dunfermline Cemetery in Fife, Scotland. 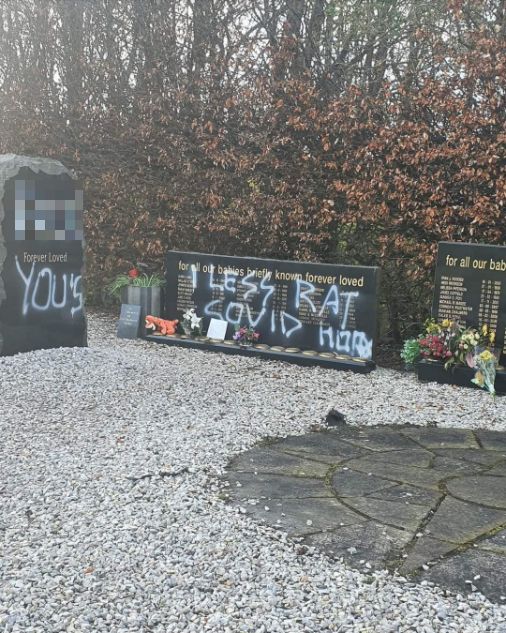 The sickening messages of "one less rat" and "f*** you" were spray painted on two black stones in white paint.

Below the stone with "one less rat" painted on is the word "Covid", followed by another illegible scribble.

The grim vandalism has sparked an appeal within the community as disgusted Dunfermline residents have expressed their shock and anger on social media. 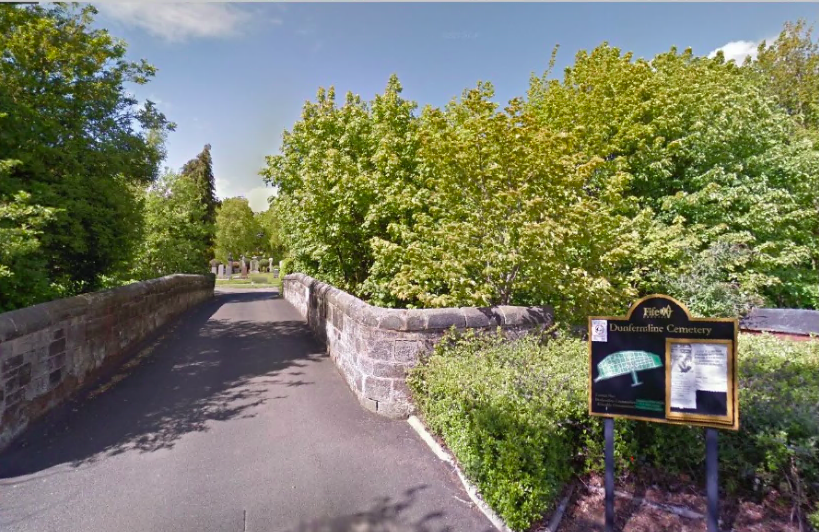 On Facebook, one person wrote: "What has happened to society??Vandalising a monument to wee kiddies is unforgivable. Losing a child must be beyond pain, no parent should have to outlive there child but to find out about this must be soul destroying."

Another said: "As the mum of two babies buried locally I appreciate how important their resting place is, so my heart goes out to the parents of the babies whose memorial this is. Absolutely heartbreaking."

A third wrote: "This is terrible the poor family will be heart broken. This shows no respect for anyone."

Police have confirmed the graffiti has now been removed as enquiries get underway.

It is not yet clear when the vandalism took place.

A Police Scotland spokesperson said: "Around 10.05am on Saturday, 1 May, 2021, police were contacted with regard to a vandalism at a baby memorial within Dunfermline Cemetery, Halbeath Road, Dunfermline.

"Officers have attended and the graffiti has been removed. Enquiries, which are at a very early stage, are continuing."