The BBC has today agreed on a historic new trade deal which will see shows made by independent TV producers available on iPlayer for a least a year.

The new deal, which was struck between the BBC and the trade association Producers Alliance for Cinema and Television (Pact), will allow the broadcasting company to transform the content it provides its viewers and expand on its service.

The announcement comes after the media watchdog Ofcom gave the BBC the green light to expand its iPlayer service, and host its content online for longer periods, after initial disputes over the value to the public and competitors.

Previously, independently produced shows, such as BBC Three’s adaptation of Normal People, would be available for up to 30 days on the streaming service.

The deal, which will come into effect for entirely new commissions from Monday, gives the BBC a guaranteed 12-month window on all content it commissions within its initial payment. 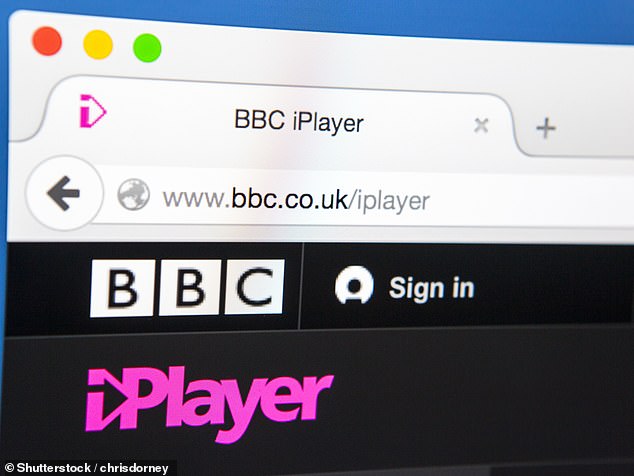 The BBC deal, which was struck with the the trade association Pact, will see shows made by independent TV producers available on iPlayer for a least a year. (Stock image)

It also sets out fixed rates for exclusive and non-exclusive extensions to the year-long window.

Under the new terms, the BBC will be given the option to pay a fixed amount to keep the shows on iPlayer for an extended period of time and will take less of a cut in sales in order to help independent TV producers.

Traditionally the broadcasting company took a 15 per cent cut from its global distribution revenue but this will now drop to 10 per cent.

It will also drop the amount it receives from the backend in UK sales from 25 per cent to just 20 per cent.

BBC director-general Tony Hall hailed the new deal as ‘an important deal for the BBC, the industry, and the wider public’.

He said: ‘This is an important deal for the BBC, the industry, and the wider public. Not only have we reaffirmed our commitment to supporting independent UK producers, we have also ensured licence fee payers have access to the best content for at least a year on BBC iPlayer. Everybody wins.’

Lord Hall, who in January announced plans to step down from the role, has previously said he believes iPlayer can challenge the existing dominance of services like Netflix and Amazon, and has focused on its expansion during his tenure.

It’s chief executive John McVay said: ‘Pact has worked hard over many months to ensure that the BBC understood that indies deserve to be paid fairly for their content to be used for additional periods on the iPlayer.

‘The iPlayer has become even more important to viewers during this lockdown period, and it’s great that more compelling programmes will be available for longer – and that all UK companies will benefit from success.’

In addition, the BBC will pay independent producers sooner to extend the licence period, if the additional iPlayer windows are taken beyond 12 months.

Producers will also see greater revenue as a result of the BBC share of net receipts from sales being reduced to 10 per cent in some cases. 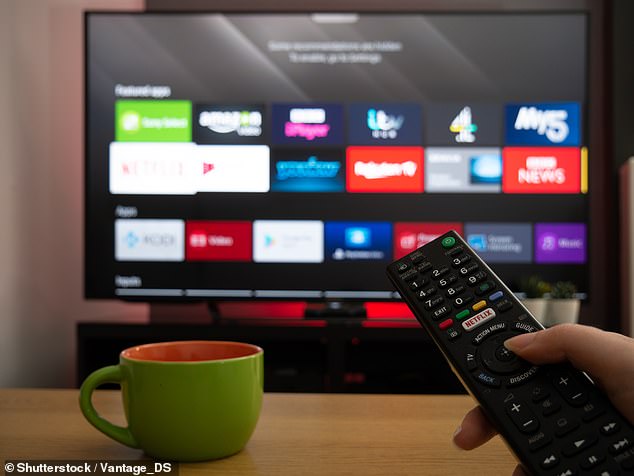 The new deal, which will allow the broadcasting company to transform the content it provides, comes after the media watchdog Ofcom gave the BBC the green light to expand iPlayer. (Stock image)

Separate discussions will take place over children’s content, while content commissioned by BBC Three for both linear and online publication will retain its current initial iPlayer window set out in the terms of trade.

Normal People recently drove the channel to its best week for programme requests on the iPlayer, doubling a record set following the release of Killing Eve series one.

The series, produced by Element Pictures, received 16.2 million requests in its first week, with nearly five million from 16 to 34-year-olds.

Sara Geater, all3media COO and Pact chairwoman, said: ‘The terms of trade are the lifeblood of the UK indie sector and I’m delighted we have reached a mutually beneficial agreement with the BBC which gives them the flexibility to increase exploitation of the programmes across the iPlayer as well as their linear services.

‘This is obviously crucial at a time of increased competition from the global SVOD players. I would also like to take this opportunity to thank the BBC team for their positive engagement’.

Bal Samra, BBC Group commercial director, said: ‘We are the largest supporter of the UK production sector, and so our priority was always to get a deal that worked for the broadest range of suppliers possible, regardless of size, location or type of content they make.

‘This agreement does that, and means that at a time of rapid change a strong BBC can continue to invest in its home market and champion UK content.

‘I’m delighted we will be able to deliver more value to licence fee payers whilst at the same time independent producers will be able to showcase their work to a bigger audience and increase their commercial returns.’