THIS is the shocking moment shoppers are hurled to the floor as a car smashed into an Aldi supermarket – but everyone survived.

Horrifying footage shows the motor plough through the front of the store in Chelmsford, Essex yesterday. 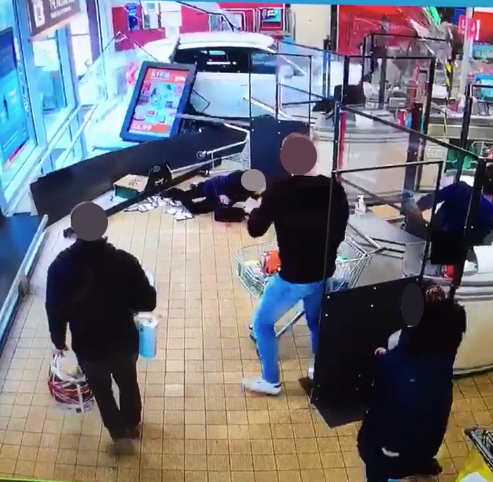 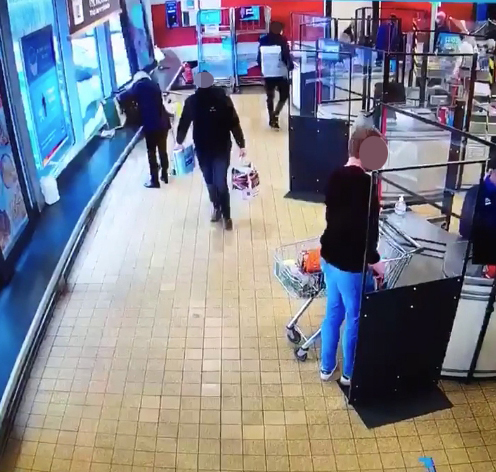 Several people suffered minor injuries and one woman was taken to hospital following the terrifying crash just before midday.

CCTV footage shows unsuspecting shoppers loading up their bags just inches away from the motor as it crashes through a glass window.

Broken glass and debris are sent flying as the front of the budget supermarket caves in.

The car careers into an Aldi payout desk, knocking a woman to the floor and pinning a man against shattered debris.

Another man who walked away from the payout desk with his shopping just seconds earlier has a narrow escape.

Terrified shoppers look on in shock as the car reverses at speed out of the store.

Other customers rush over to help the woman who was knocked to the floor.

An Aldi worker is seen bolting out of the door in pursuit after the driver reversed out of the smashed-up store. 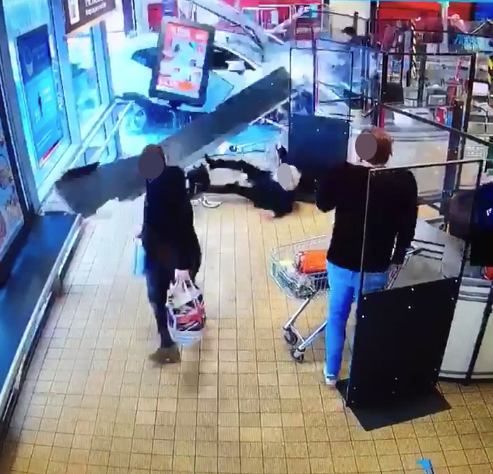 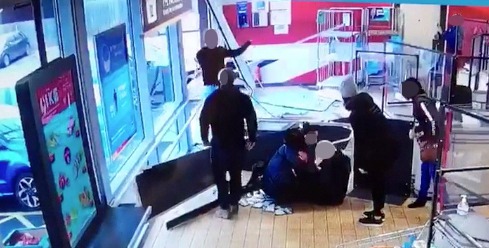 Emergency services were scrambled to the scene and a woman was taken to hospital.

The Aldi store sustained "significant" damage in the crash, as police appealed for anyone with dashcam footage to contact them.

A spokesman for Essex Police said: "We were called to reports that a car had collided with Aldi supermarket on Springfield Road, Chelmsford, just before 12pm today, Wednesday, March 3.

"The vehicle collided with the front of the building causing significant damage to the store.

"Our enquiries are ongoing."

"One woman was transported to Broomfield Hospital for further assessment and care." 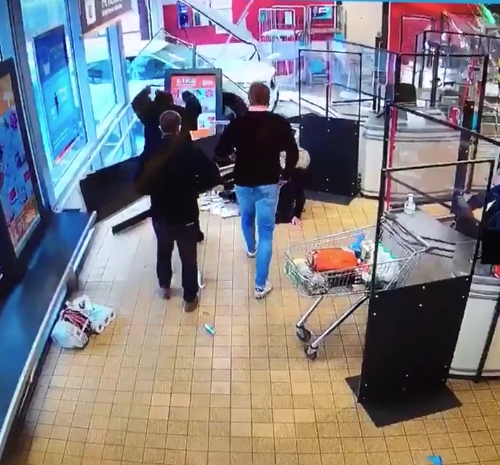 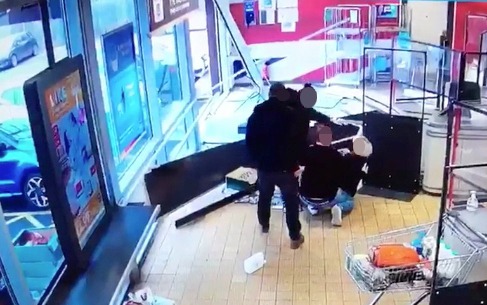