DISTURBING video shows a "scumbag" wearing a coronavirus mask sucker-punching an NYPD officer and then running off.

The ambush stunned onlookers who had gathered to watch an arrest of a robbery suspect in the Bronx, according to The New York Post. 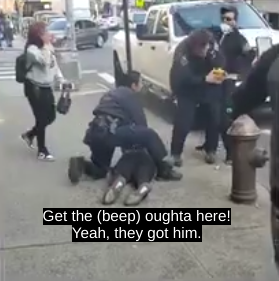 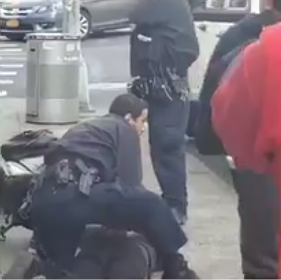 Nelson Jimenez is accused of slugging an officer in the head as Yoemdy Castro was being handcuffed, sources told the newspaper.

Video shows the assailant running off, and witnesses can be heard cheering him on as he sprinted away.

Jimenez was later arrested at a bodega.

The footage of Tuesday night's attack was posted on Twitter by Chief Terence Monahan, the Chief of Department for the NYPD.

"Proud of the @NYPD52Pct cop and his fellow Finest for chasing and arresting this cowardly individual for assault on an officer," Monahan wrote. 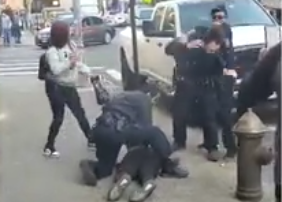 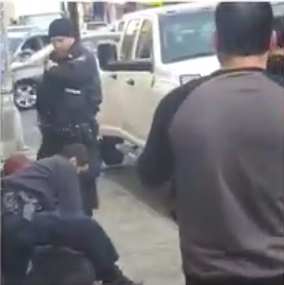 "Think again if you believe you can get away with this behavior in NYC."

The Sergeants Benevolent Association also posted the video, writing that "NYC people are dying, and suffering as COVID-19 plagues thousands but the same scumbags continue to roam the streets of NYC and attack NYPD cops."

"Sadly the wrong people are suffering. Welcome to DeBlasios NYC," the SBA wrote.

Wrote Councilman Justin Brannan: "The men & women of the NYPD risk their lives every day to keep us safe even during a pandemic when everyone's on edge. 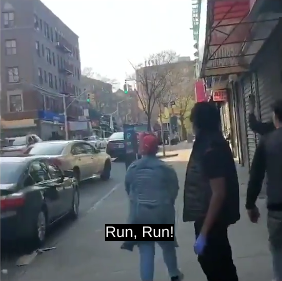 The New York GOP added that "it's unconscionable that even during this crisis our police officers are under attack by emboldened criminals."

"Cops dedicate themselves to serving our community and keeping us safe, and deserve our respect & admiration.

"These attacks cannot be tolerated."

More than 4,500 people in New York City have died from the coronavirus, and more than 430,00 have been infected in the US.

Charges against the 31-year-old Jimenez are pending, according to The Post.

A second cop was also punched in the head during the melee.