A pregnant woman has demanded an apology after finding a sharp knife in her Subway sandwich.

Nerice Moyse, who is 17 weeks pregnant, was shocked to find a long, yellow blade in her tuna sandwich she had had delivered to her home in Gorelston, Suffolk, more than a week ago.

The 21-year-old, from Lowestoft, ordered the takeaway to satisfy her pregnancy cravings.

In a video posted to Facebook, Miss Moyse was seen moving the sandwich to reveal a yellow, serrated knife sitting underneath, inside the wrapping. 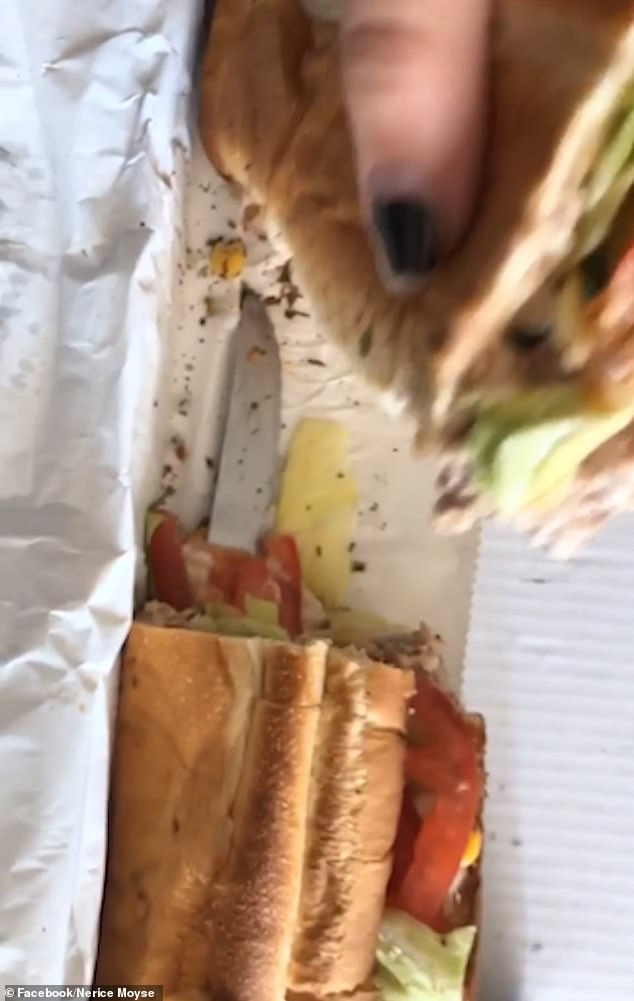 Nerice Moyse, 21, was shocked when upon opening a tuna sandwich she had had delivered to her home in Gorelston, Suffolk, on Sunday 7 August, also found a knife inside 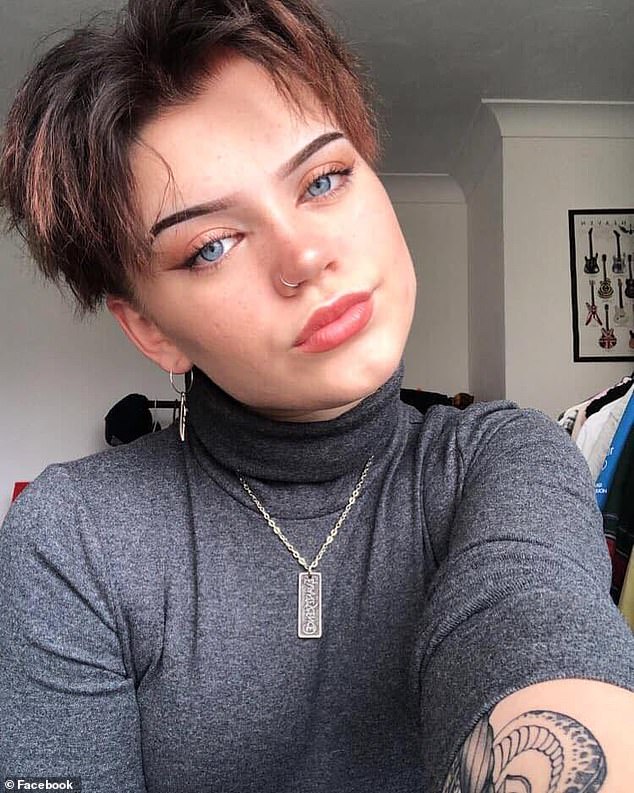 Miss Moyes, who was with her partner Harley Gildroy at the time, said: ‘I just opened it up and was like “Hang on, what?” We both sat there in shock.

‘My partner called Subway in Gorleston High Street and asked “Have you lost one of your yellow knives?” And he was like “Wait. Are you being serious? Like actually?”‘, the Great Yarmouth Mercury reported.

She said she understood that everyone has an ‘off day’ but that staff need to be ‘incredibly careful’ when they work in that environment.

Miss Moyse claimed there was no apology and that she still has the knife in her home.

She added: ‘Straight away I was like “Imagine if a young child or a teenager had found it?” I am glad that it came to me.’

Miss Moyse said she received a reply from the company on Instagram saying they would speak to the Gorleston restaurant and contact her within three days.