The new video shows one man kicking riot police as more than 100 officers tried to shut down the event on Sunday night. 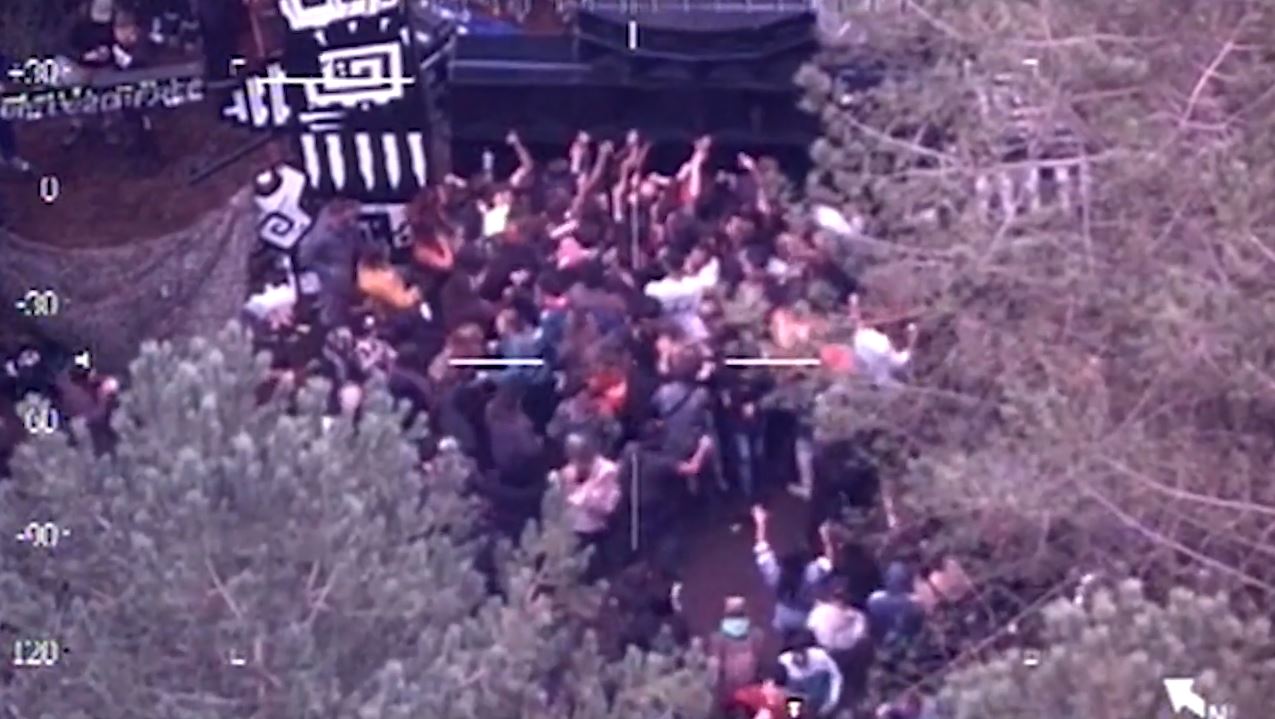 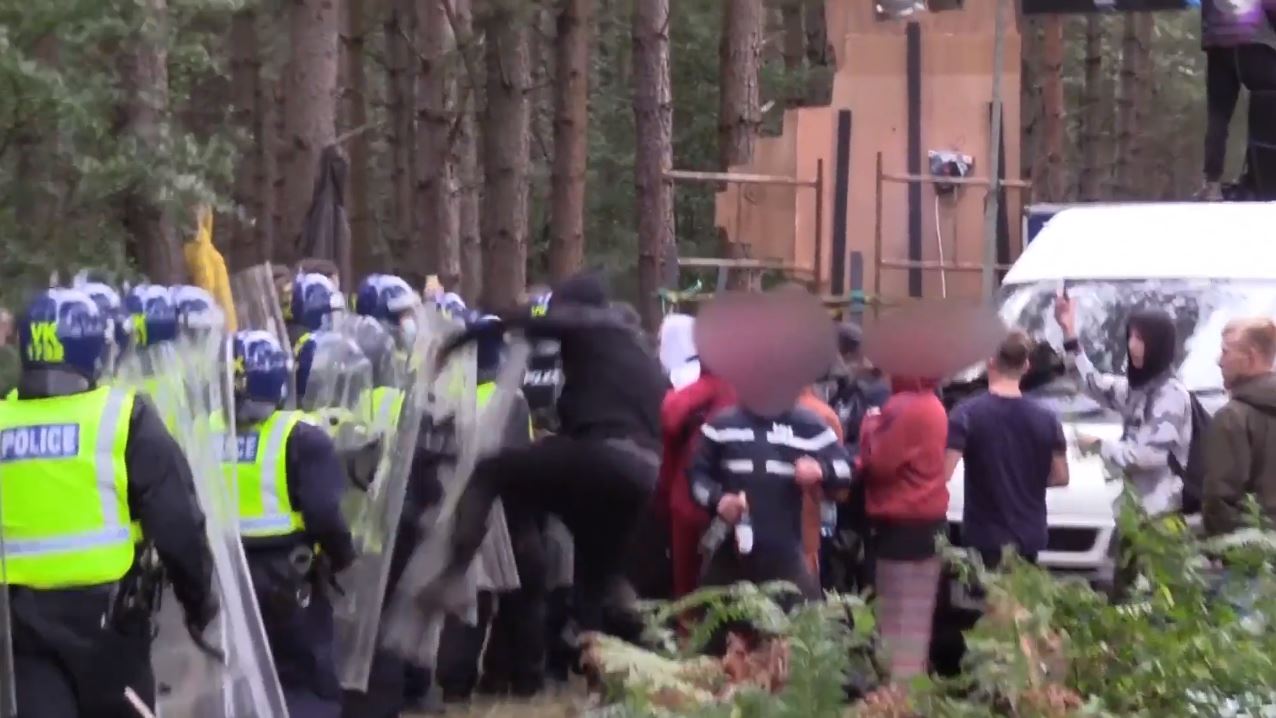 Police discovered the illegal party taking place in an isolated area of the Thetford Forest, Norfolk on 30 August.

And now, police have released aerial footage of the rave showing the full extent of the mass gathering.

The clip shows of cars parked on a woodland path leading up to the remote spot.

Police and stragglers can be seen dotted along the route before the camera sweeps into forest, showing a packed crowd of ravers dancing in front of a stage – completely ignoring social distancing.

At one point a man jumps into the line officers and attempts to kick one of the officers, before running off.

Cops first attended the event at about 11.20pm on Saturday after a member of the public reported seeing large numbers of cars queuing to access a fire route.

A number of resources including the drone unit, National Police Air Service helicopter, dogs and specially trained public order officers worked to close down the event. 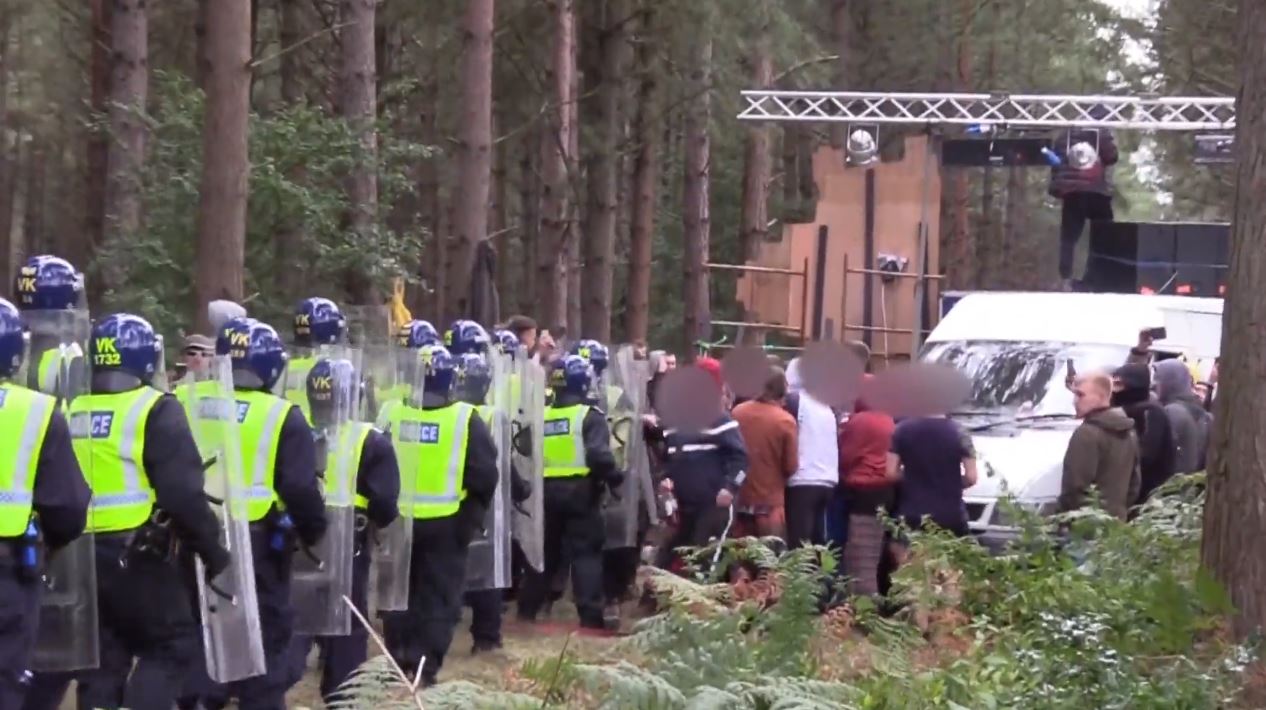 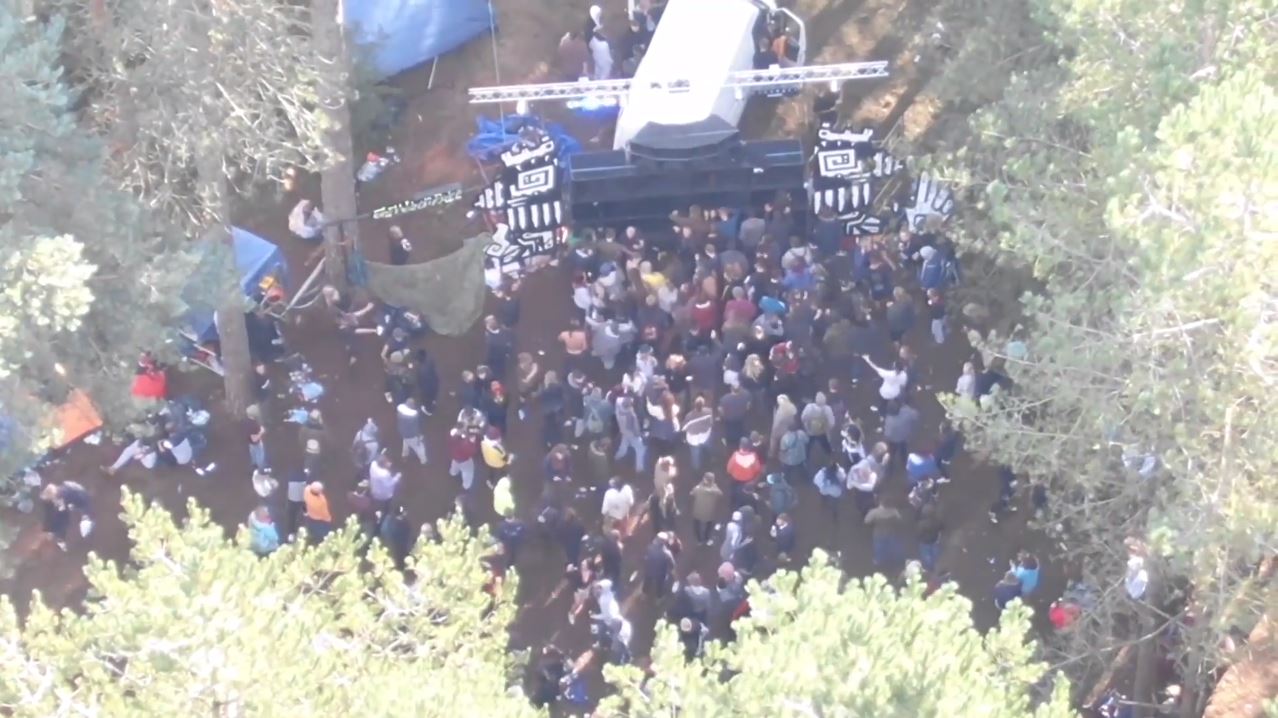 Five were arrested and fined £100 for attending the unlicensed music rave.

Police are now looking for the event's organiser, who could face a £10,000 fine under new coronavirus laws.

Officers seized audio equipment, generators, the rig and a large flat-bed lorry which was used to transport the equipment.

Assistant Chief Constable Nick Davison, of Norfolk Police, said: “We understand the disruption such events cause to local communities and the concern people will have, particularly as coronavirus continues to be a real threat.

“This was a well-established and planned event and we needed additional specialist resources to shut it down safely.

“I would like to thank local residents once again for their patience and understanding while we worked to close it down.

"Officers did meet some hostility when entering the site with bottles and cans used as missiles and thrown at officers. Fortunately, no one was injured.

"We're working to identify the organisers and will do everything within our power, where evidence is available, to prosecute and bring them to justice."

The police have had to break up several illegal raves in other parts of England as the government tries to balance opening up the economy by loosening restrictions on socialising with protecting the public's health. 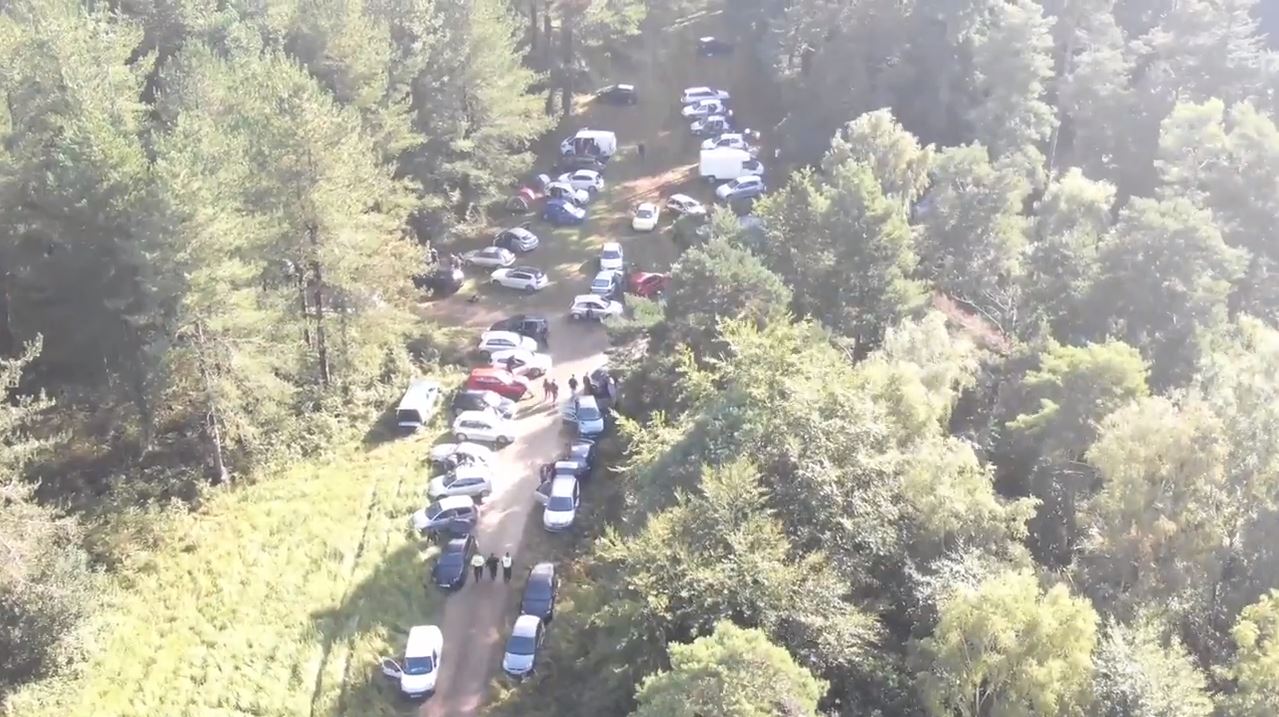