A TEN-year-old boy was mauled by a shark after being dragged from the deck of a boat off the coast of Tasmania.

The boy and his father were fishing with two other men when the shark bit the child and pulled him into the water. 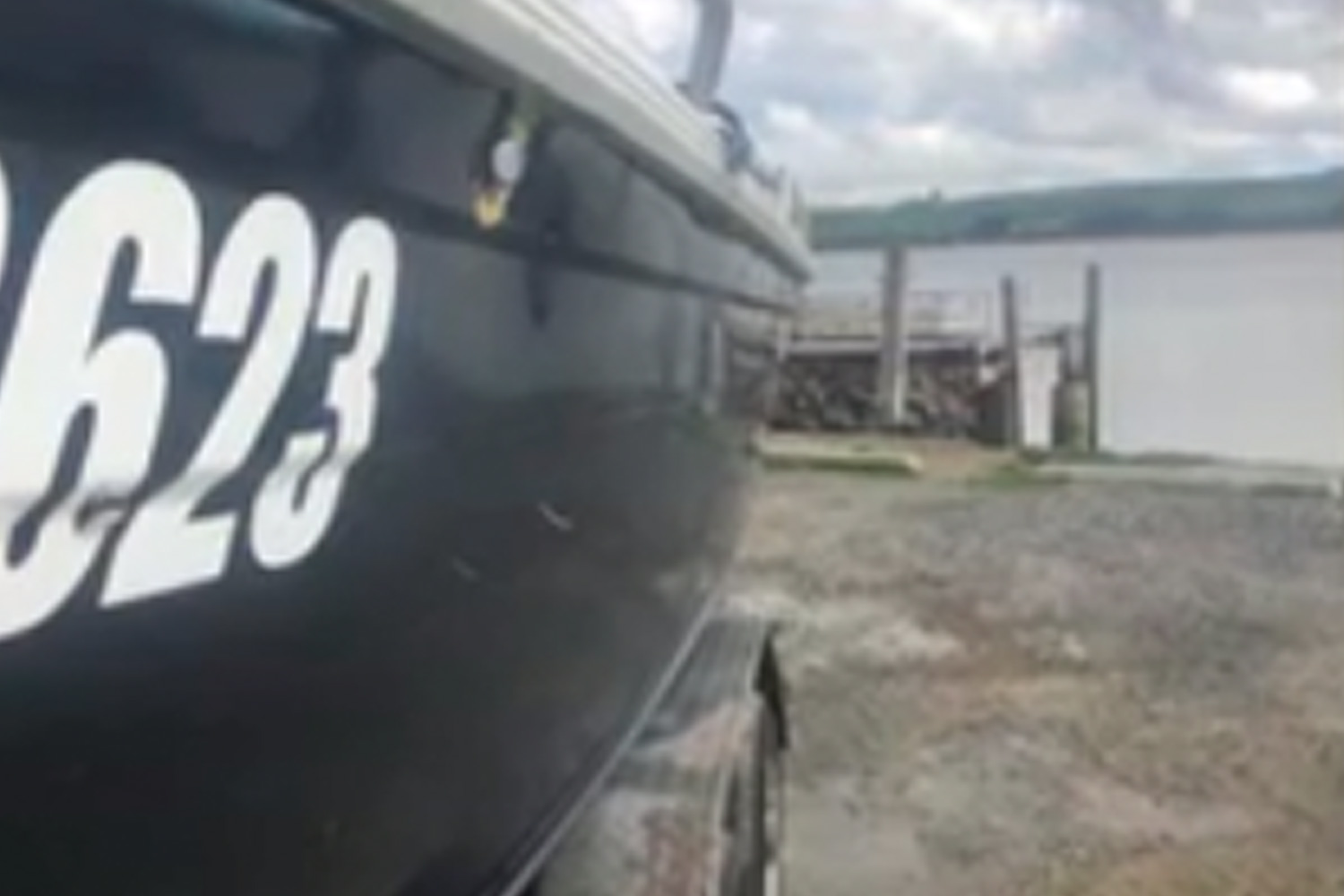 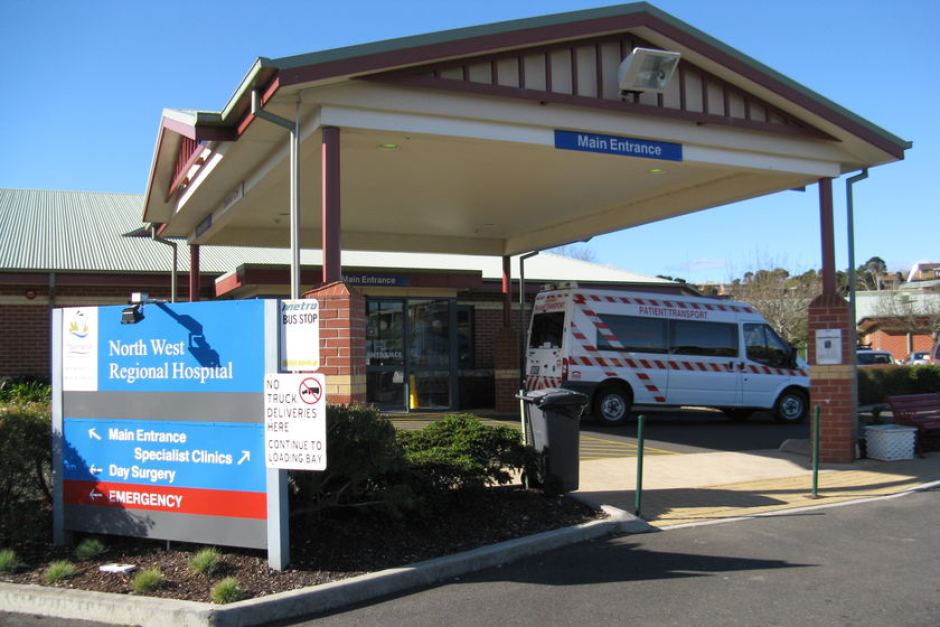 The child's terrified dad then jumped into the water and the panicked predator swam off.

Abalone diver Ben Allen – who was at a nearby boat ramp when the party made it back to shore – told 9News it happened "all of a sudden".

"The shark leapt out of the water, hit the side of the boat and snapped the rod clean off in the rod holder, grabbed the boy, all in the one swipe… and pulled him into the water," Mr Allen said.

"The father, with his natural instinct I suppose, has leapt in straight after his son and managed to grab him."

He spoke to witnesses and said the shark was believed to be a great white, but that has not been confirmed. 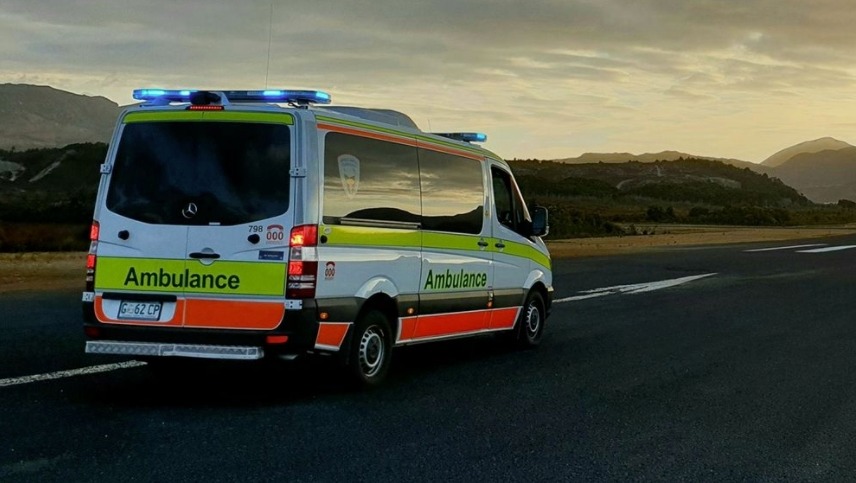 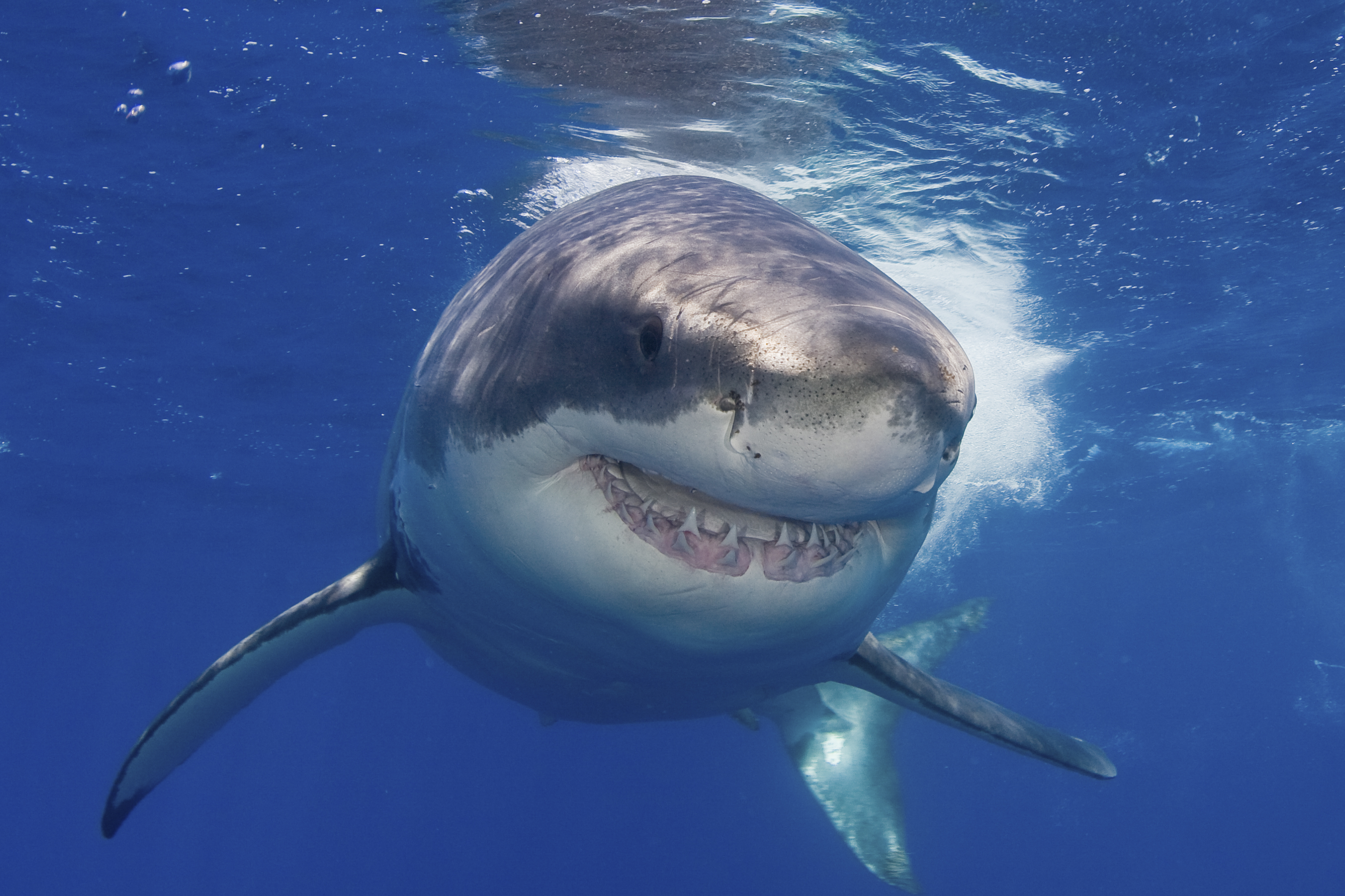 "All the boys said [the shark] was big, I imagine it was very big. It is renowned for this time of year that they do go in that area," he said.

"The boys are saying [it was a] great white."

The injured child- from north-west Tasmania – was wearing a life jacket and suffered cuts to his arm,chest and head.

Paramedics transported the boy to a nearby hospital where he is being treated for his injuries.

A few hours before the attack police had issued a shark warning for the area. 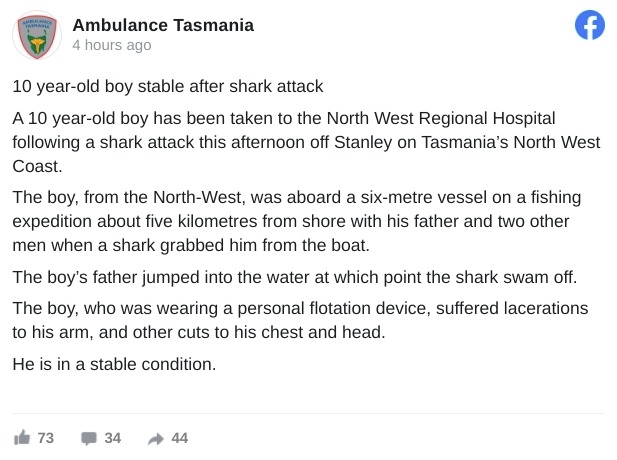 “Please be advised there has been a large shark sighted in the Stanley area,” they warned.

“If swimming or undertaking fishing and other marine activities please take necessary precautions.”

It is the fifth reported shark attack in Australia in recent months.

At the weekend, we told how a 15-year-old boy died after being attacked by a shark TWICE while surfing off the coast of Australia.

Fellow surfers rushed to help Mani but he tragically died on the sands at Wilsons Headland, near Grafton.

It's been reported his horrified parents watched as the terrifying drama unfolded.