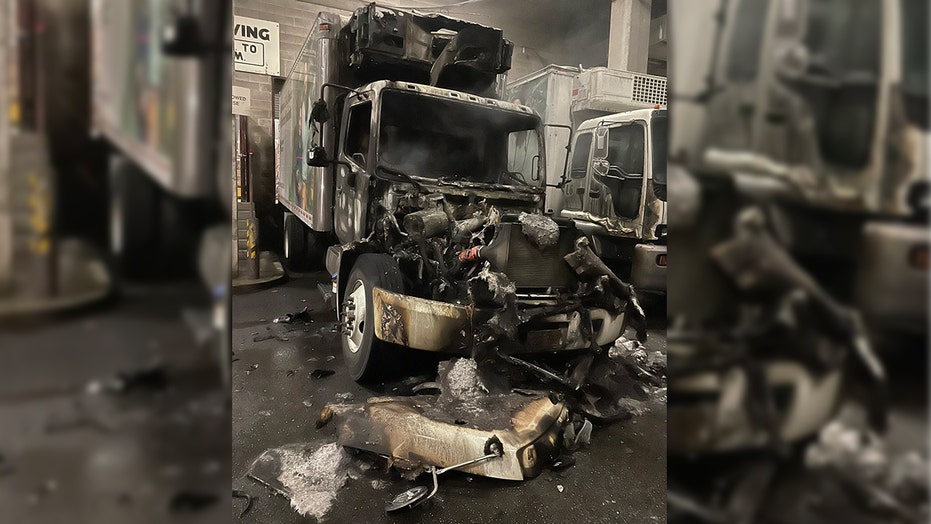 Multnomah County District Attorney Mike Schmidt said Monday he had assigned a senior deputy D.A. to work with Portland’s police and fire bureaus in their investigation into the arsons, in which two PPS cargo vans and a “large box truck” were set on fire, according to police and the office.

“This was an attack on our city’s public school system”

“The person or persons responsible for setting these fires pose a significant and immediate risk to public safety. These were violent acts that put property and life in danger,” Schmidt said in a prepared statement. “The risk to the firefighters and police officers who responded cannot be understated; these fires could have resulted in explosions, injuries or death.”

Portland Fire and Rescue had responded to a fire in a parking garage at the PPS Administration Building at approximately 3:15 a.m. Saturday and extinguished the blaze, deeming it suspicious. Investigators believe one or more suspects “gained entry to a fenced area on the property, started the fires, and vandalized the building,” police said.

A photo shared by PPS Superintendent Guadalupe Guerrero showed the charred, mangled remains of at least one of the vehicles.

In a separate statement Sunday, Guerrero said he was “relieved that no one was hurt and there was no further damage to the building” but added: “[T]his malicious act of arson and property destruction last night was criminal and it has no place in our community.”

“This was an attack on our city’s public school system,” he said. “This act of violence will not deter us from our commitment to educating our students, providing them meals, or any of the other work we are privileged to carry out every day in support of students and families.”

Officials ask anyone with information regarding the arson to contact Portland Police Det. Meredith Hopper at [email protected] or by phone at 503-823-3408.