SENATE has finally passed President Joe Biden’s massive Covid-19 relief bill paving the way for $1,400 stimulus checks to most Americans but it will need to go through House again.

This came after finally reaching a compromise with Republicans on unemployment benefits and setting the $1.9 trillion stimulus bill on a path towards a final vote. 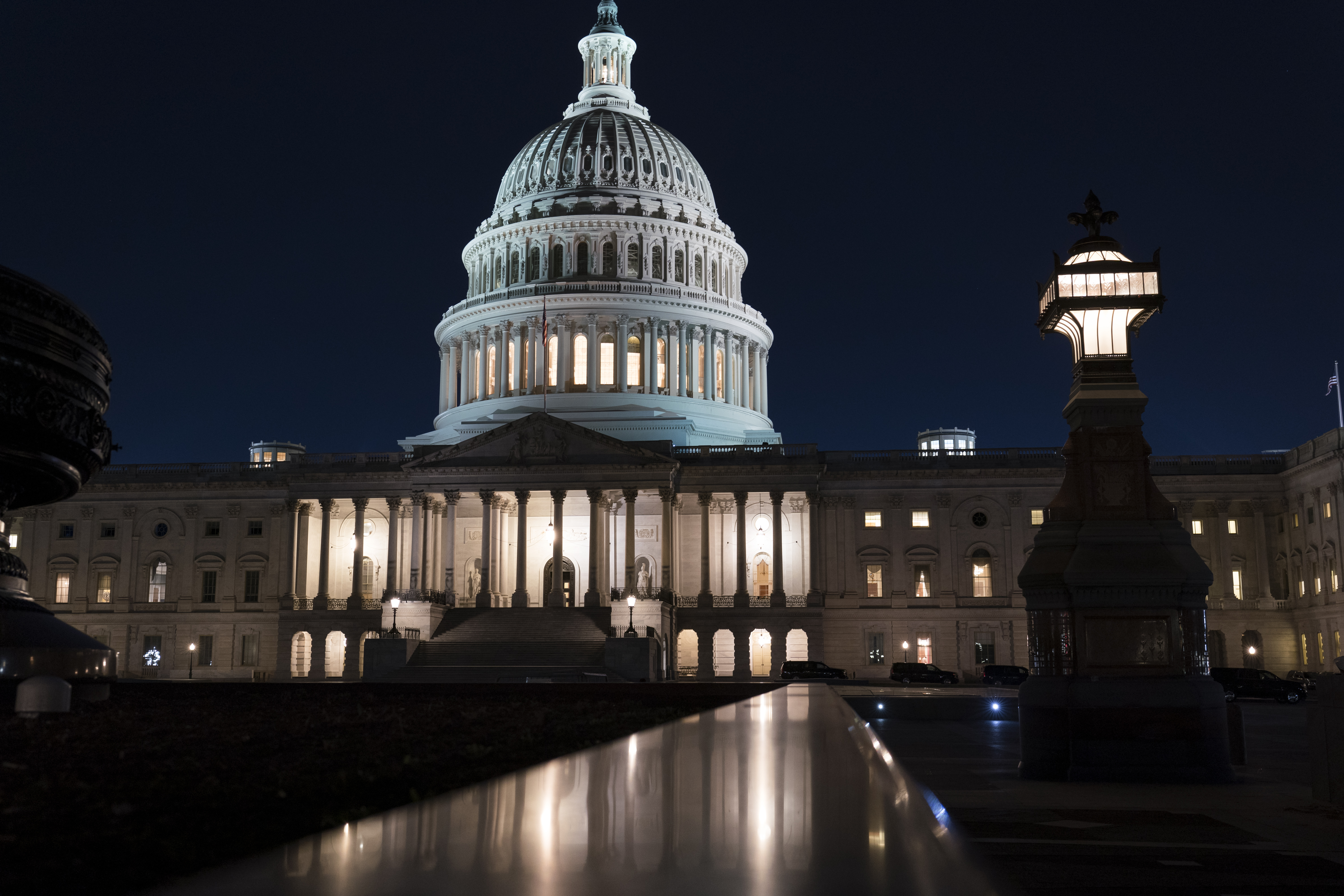 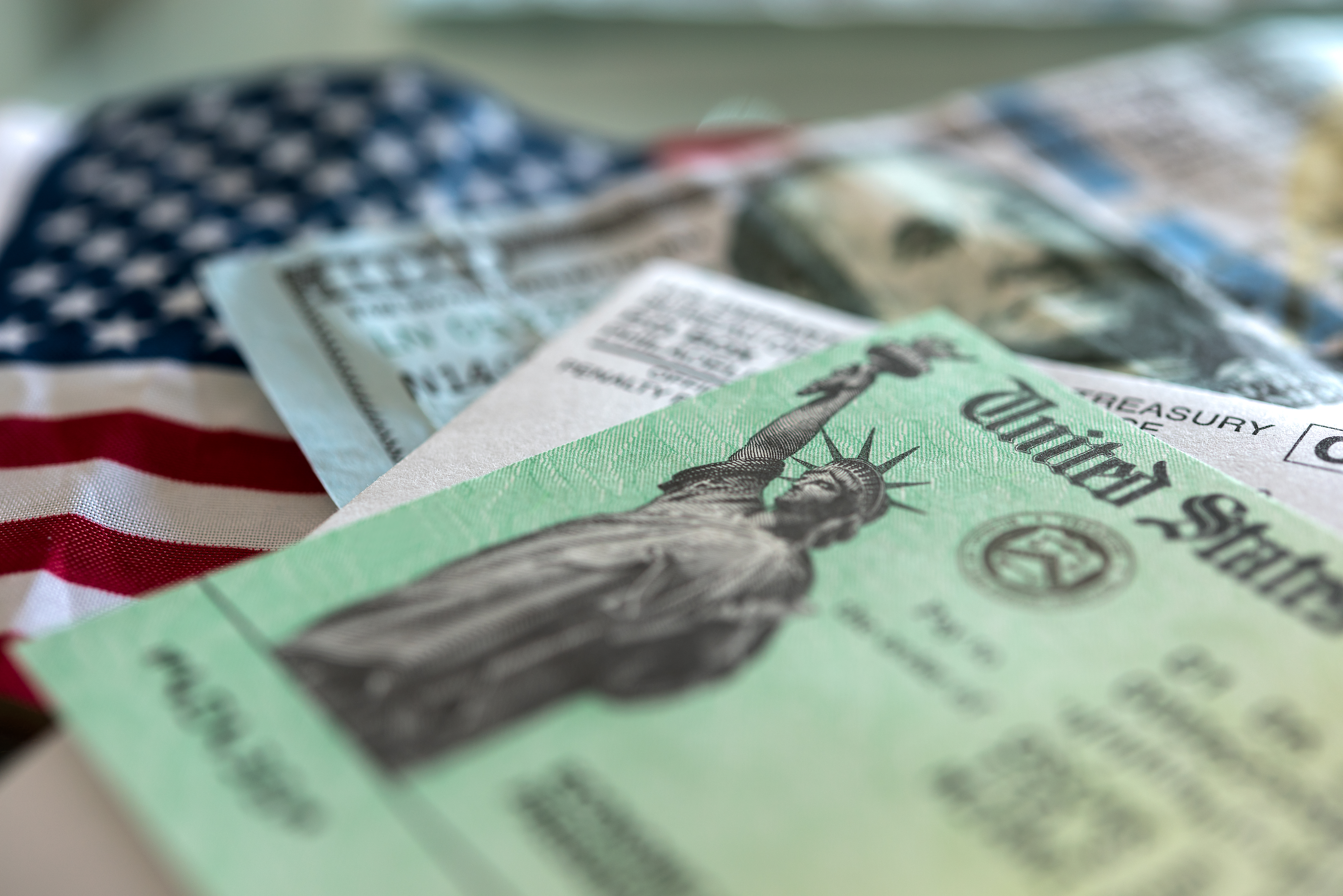 The Senate commenced a dreaded vote-a-thon a continuous series of votes on amendments shortly before midnight Friday, and by mid-morning today had dispensed with over two dozen.

Democrats were hoping for final passage by around midday so the Senate could send the modestly revamped bill back to the House, and then to Biden this coming week for his signature.

The Senate had been in session since 9am yesterday.

Its work on the bill was proving to be a test of both lawmakers' physical stamina and Democrats' ability to pass legislation backed by every senator in the party.

The chamber is divided 50-50, with Vice President Kamala Harris' tiebreaking vote their only edge, and Republicans are arrayed against the legislation.

Overnight, the Senate was like an experiment in the best techniques for staying awake. Several lawmakers appeared to rest their eyes or doze at their desks, often burying their faces in their hands.

At one point, Sen. Brian Schatz, D-Hawaii, at 48 one of the younger senators, trotted into the chamber and did a prolonged stretch.

If the Senate passes the bill, the House would have to sign off on those changes before Biden could sign it into law.

With Republicans united in opposition, Democrats who narrowly control the chamber must keep all 50 of their members on board in order to pass the package, as they hope to do this weekend.

Progress ground to a halt for more than 11 hours as Democrats negotiated a compromise on unemployment benefits to satisfy centrists, chiefly Senator Joe Manchin, who worried the massive package might overheat the economy.

With that issue resolved, the chamber then voted on some of the hundreds of proposals to modify the bill.

The largest public health crisis since the Spanish flu a century ago has killed more than 521,000 in the United States, thrown millions out of work and upended most aspects of American life.

Aside from the $1,400 payment, the relief legislation includes funding for vaccines and medical supplies, extends jobless help and provides a new round of emergency financial aid to households, small businesses and state and local governments.

Democrats hope to get it to Biden to sign into law before some current benefits expire on March 14.

Unemployment aid is just one of many friction points in the sweeping bill.

An attempt to raise the minimum wage to $15 fell short earlier yesterday, and Democrats had earlier modified the bill to steer more aid to smaller states and cities.

The version passed by the House last Saturday calls for $400 per week in jobless benefits through August 29, on top of state benefits, to help Americans who have lost jobs amid the economic trauma caused by the coronavirus.

The compromise would lower that weekly benefit to $300, but extend it through September 6, according to a Democratic aide.

It would waive taxes on the first $10,200 in aid that jobless people received last year.

The agreement also extends a tax break for businesses for an additional year through 2026. 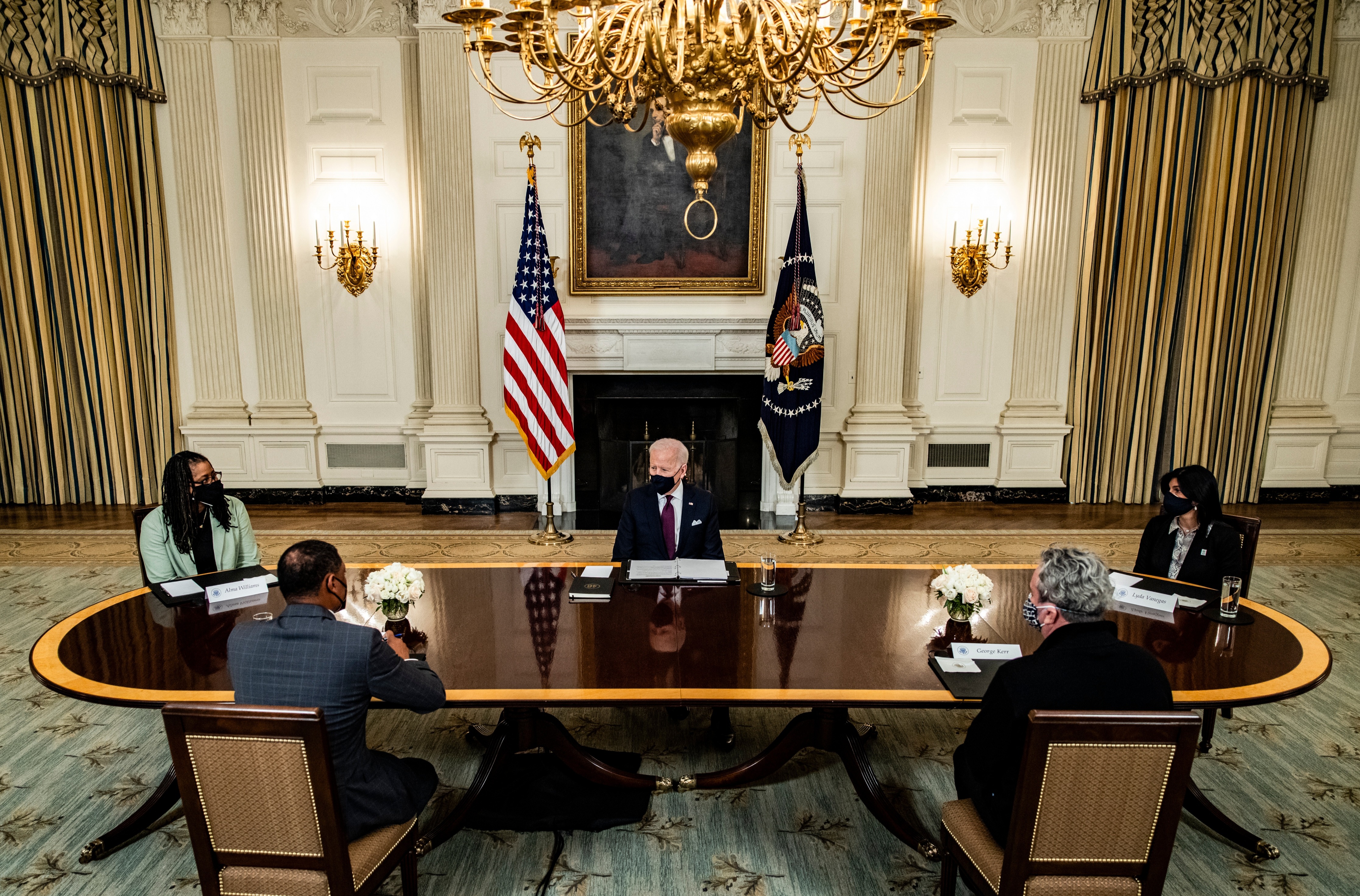 Republicans have broadly supported previous stimulus packages to fight the virus and revive the world's largest economy, which has yet to replace 9.5 million jobs lost since last year.

But with Democrats in charge of the White House and both chambers of Congress, they have criticized this bill as too expensive.

The White House says it could take years for the U.S. economy to add back those lost jobs.

Washington got unexpected good news yesterday after data showed that employment surged in February, adding 379,000 jobs, significantly higher than many economists had expected.

The U.S. unemployment rate, while still high at 6.2 per cent last month, was down from 6.3 per cent in January.