Government minister James Brokenshire is taking leave to have surgery on a lung tumour.

The Security Minister was diagnosed with lung cancer two years ago which required surgery to remove the upper lobe of his right lung.

But he said, ‘frustratingly’, there had been a recurrence of a tumour in the same lung. 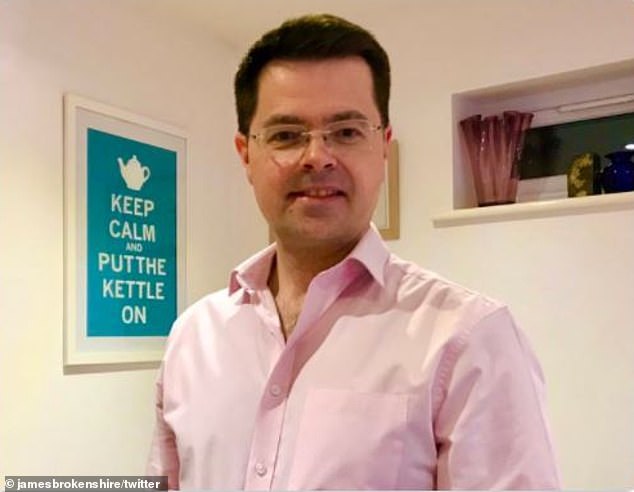 The Old Bexley and Sidcup MP said he was ‘in good hands’ with the NHS team looking after him and was ‘keeping positive’.

He said he was ‘blessed to have the love’ of his wife Cathy and three children ‘to support me through this’.

Prime Minister Boris Johnson said his thoughts were with Mr Brokenshire and his family, adding: ‘Wishing you all the best for your treatment and looking forward to welcoming you back on the team soon.’

‘All my thoughts and prayers are with James and his family during this time,’ she said.

‘All colleagues across government send James our love and best wishes and we look forward to having him back soon.’

He tweeted: ‘So sorry to hear this James. Sending my best wishes for a speedy recovery.’

Labour leader Sir Keir Starmer tweeted: ‘Wishing you all the best for your treatment, James. Get well soon.’

Labour’s Deputy Leader Angela Raynor said: ‘Really sorry to hear this James. Wishing you and your family all the best and hoping for good news for you. Look after yourself and I know the NHS will look after you.’

Mr Brokenshire was first elected to Parliament in 2005 as MP for the former constituency of Hornchurch and has also previously served as housing secretary under former Prime Minister Theresa May.