A SCHOOLBOY was strangled to death by a massive wild python that pounced on him while he was hiking with his friends.

The 16-year-old, named Alfian, was walking ahead of his four mates to reach a mountain waterfall in Southeast Sulawesi, Indonesia, when he was attacked by the vicious snake. 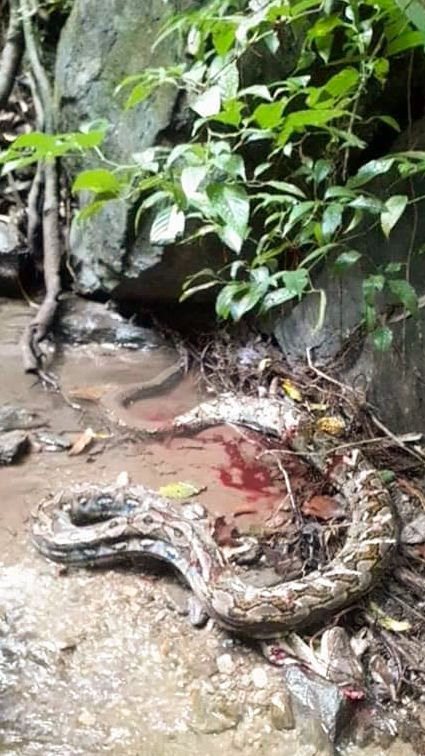 His friends heard screams as the 23ft long reptile leapt up and plunged its deadly fangs into the teen's thigh.

By the time the lads had reached Alfian, the python had wrapped its body around his head and neck, suffocating him to death.

Despite attempting to release Alfian from the reptile, the four boys couldn't rescue the 16-year-old without being bitten themselves.

Segal Rifki, 16, one of the victims' friends who was bitten, said: "The head of the python was released but then it turned to attack us."

They told officials that they were walking together through mountains in the Nontonunu District of Bombana Regency, but Alfian was about 10 metres in front of them.

Andi Robin, 16, Segal Rifki, 16, Saldi, 16 and Sahrul, 18 claimed they couldn't see Alfian because of the dense jungle trees ahead of them.

After hearing screams, the four boys ran ahead and found the serpent wrapped around Alfian's neck.

Three of them attempted to remove the snake from his neck, while the fourth ran to a nearby village to get help.

Eventually, villagers butchered the python with a machete to loosen its grip – however it was too late and Alfian had already passed away.

inspector Muhammad Nur, Chief of the Rumbia Sector Police said: "The victim's body was brought to his home in Tongkoseng Village, Tontonunu District, Bombana Regency to be buried." 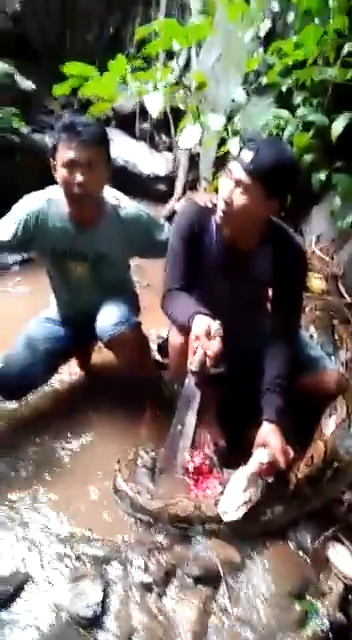 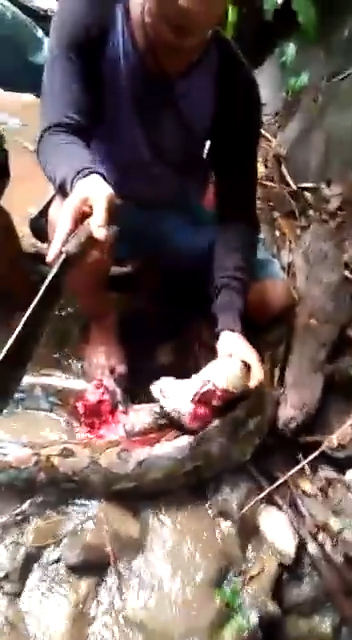 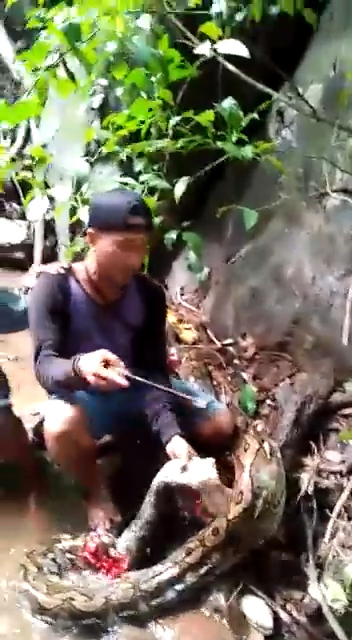 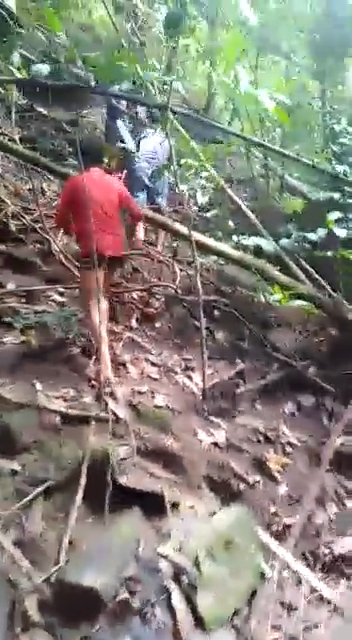 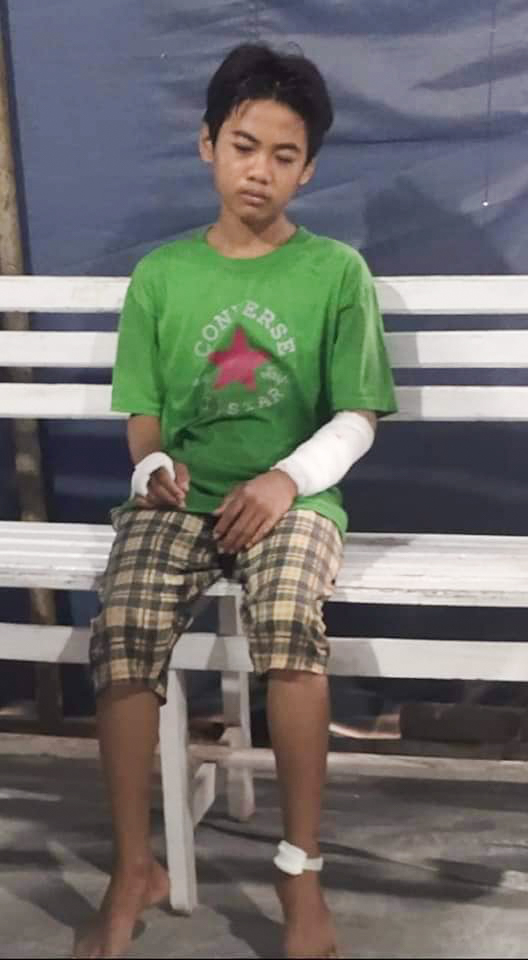 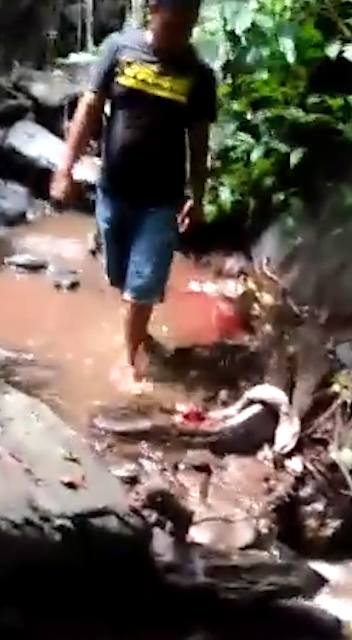 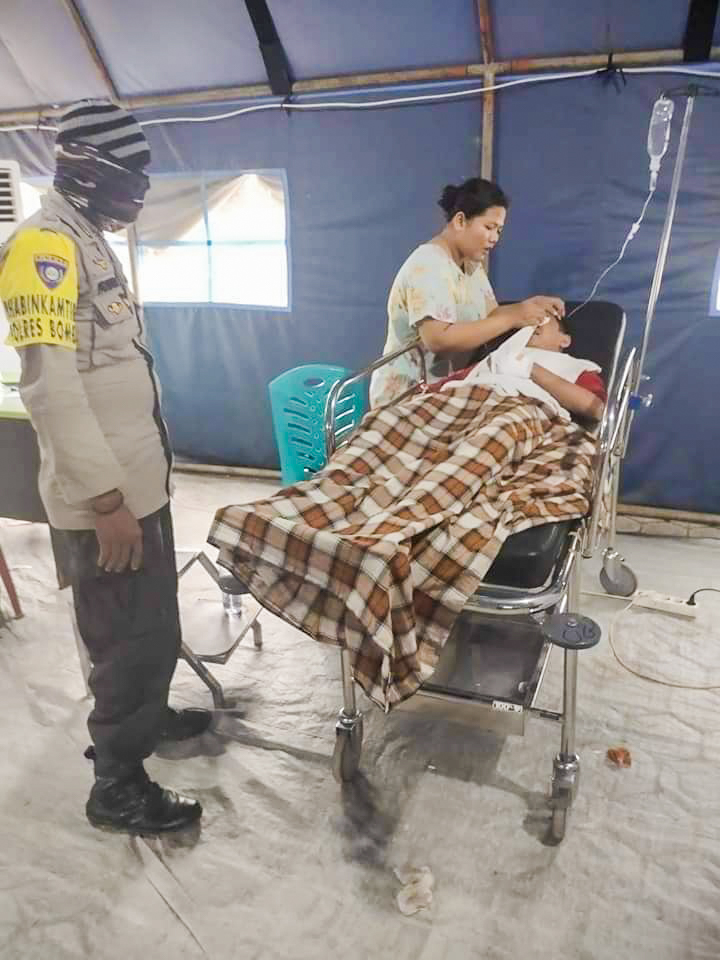