Missing Briton Sarm Heslop’s parents have told of their heartache at the disappearance of their ‘beautiful and cherished daughter’ in the Caribbean.

Peter Heslop and Brenda Street said they still had ‘hope of finding her alive’ and would ‘never give up’ looking for Sarm.

They urged the islands’ authorities to ensure that ‘everything possible’ is being done to find the missing 41-year-old former air hostess – and thanked the people of the United States Virgin Islands for their help in the search.

In a statement the family said: ‘We are shocked and distraught that Sarm is missing. 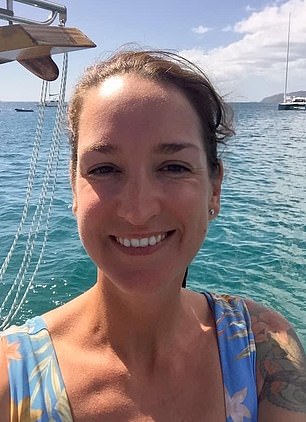 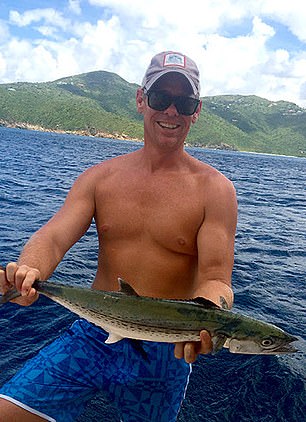 Sarm Heslop (left), from Southampton, was last seen on a catamaran in the US Virgin Islands. Her American boyfriend Ryan Bane (right) claims he was woken by the sound of the boat’s anchor alarm the following morning and discovered Ms Heslop was missing

‘We would like assurance that the authorities in the Virgin Islands are doing everything possible to find her and that the investigation into our beautiful and cherished daughter’s disappearance includes a comprehensive fingertip search of the boat.

‘Our daughter is a UK citizen and we ask for all of the support that the UK authorities have to offer.

‘Our thanks go to the local people of St John’s [island] who continue to search for Sarm.

‘We will never give up looking for Sarm and we still have hope of finding her safe.’

Sarm, from Southampton, was last seen on board the 47-foot £500,000 yacht Siren Song where she had been living with American boyfriend Ryan Bane, on March 7th.

Bane, 44, claims he was woken by the sound of a boat’s anchor alarm at 2am the following morning and discovered Sarm was missing.

Her best friend Andrew Baldwin said it was completely out of character for her to disappear and revealed that all of her personal belongings had been left on the boat.

He said: ‘We have heard that Sarm’s phone, passport and all belongings were left on ghe boat, where she she was living with her boyfriend.

‘She would not just disappear, leaving no trace.

‘She is savvy and sensible, it’s not like her at all, it just does not make sense.’

Mr Baldwin revealed that investigators from the Virgin Islands Police Department were now in possession of Sarm’s belongings but they had still not searched the boat.

He said: ‘We understand that even now, 11 days later, the boat has not been searched by the police. 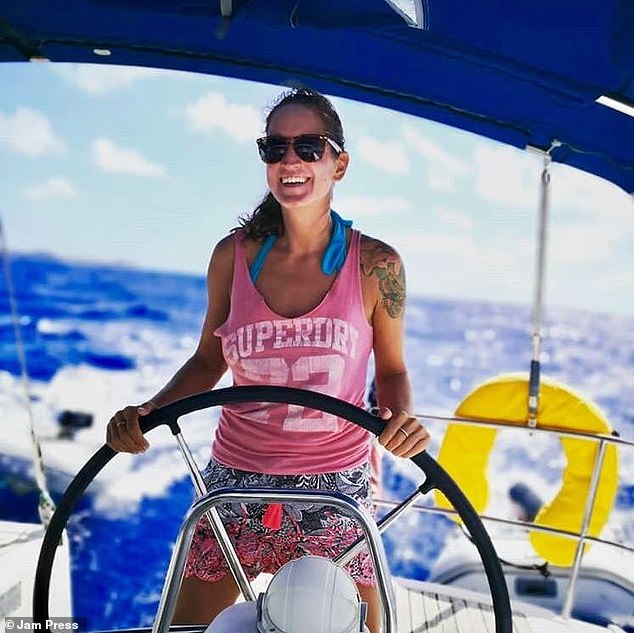 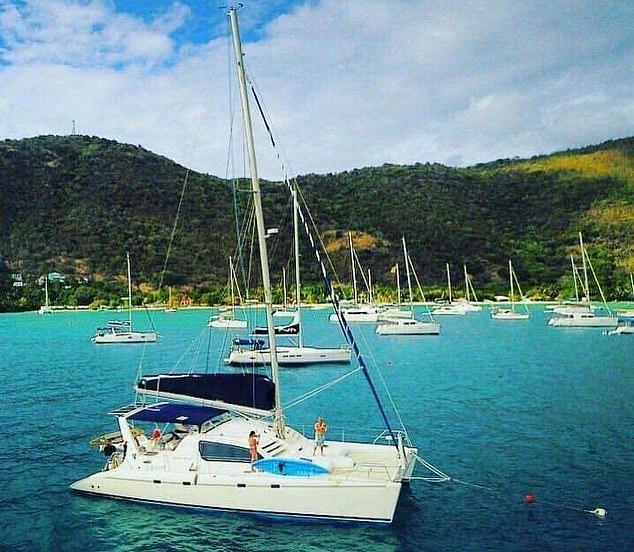 The 41-year-old was last seen on board the £500,000 yacht Siren Song where she had been living with her boyfriend

‘We are asking for an urgent and immediate investigation into this incident as her friends here at home are devastated and just need her disappearance to be made a critical priority as there seem to be many discrepancies in the timeline of what we have heard.

‘We would appeal to Ryan [Bane] to provide as many details as possible.’

Mr Baldwin added there were remained many questions about Sarm’s movements.

He said: ‘Sarm was last seen having dinner with Ryan in a restaurant on St John’s [island].

‘We are keen to understand what happened between 10pm and 2am and in the hours before the alarm was raised with the US Coast Guard at 11.46am’

Mr Baldwin added: ‘We would like to thank all the local community for their support in searching for Sarm both on water and land. They have been so amazing but we urge them not to give up until she is found or we have more information.’

Sarm, who previous worked as an air hostess for FlyBe, sailed to the Caribbean in January last year and became stranded after the Coronavirus cut off travel to the rest of the world.

Sarm took up a job in a call centre in Malta in October last year as world travel opened up.

But she stayed in touch with Bane returned to the Caribbean to be with him at the end of last year.

She is described as 5 feet 8 Caucasian female of slim build. She has a coloured tattoo on her left shoulder.