San Francisco’s teachers union has reached a deal with the city’s public school district to bring back high school seniors for just one day before the end of the school year so that the city’s schools can qualify for $12 million in state reopening funds, according to a report.

Per the terms of the agreement, obtained by the San Francisco Chronicle, high school seniors will receive “in-person supervision” rather than in-person instruction. Just two of the city’s 15 high schools will be reopened.

The students would arrive on campus in cohorts and would have either two teachers or staff engaging them in “end of high school conversations” or “college and career exploration,” district officials told The Chronicle. 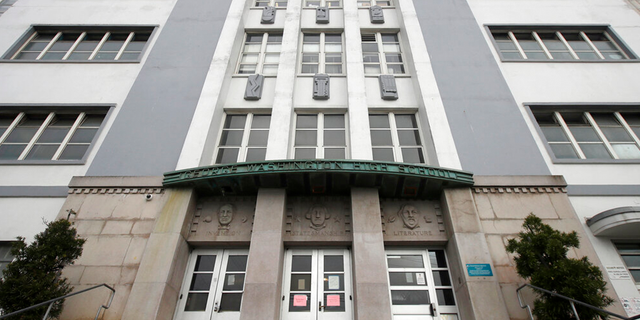 The San Francisco Unified School District is polling families to see how many of the 4,000 seniors would opt to return. District officials, meanwhile, have said they believe the agreement would qualify schools for $12 million in state reopening grants. To qualify for funding, California requires public school districts to reopen for in-person instruction for elementary school students and at least one middle or high school grade.

Some parents interviewed by The Chronicle regarded the one-day reopening plan as a blatant attempt among district officials and the union to get money while failing its students.

Health officials, political leaders, mental health experts and parents have been pushing for students to return to in-person instruction for months, but the teachers union has pushed back, arguing that it wasn’t safe until all teachers have been vaccinated. California teachers, however, have been given every opportunity to vaccinate.

The announced return date for seniors is one day shy of a May 15 deadline public schools need to meet to qualify for their piece of $2 billion in state reopening funds, part of legislation approved this year to encourage school districts that closed during the pandemic to bring students back.

Fox News reached out to Ting’s office for comment. His office referred to Ting’s tweet in which he accused SFUSD of “violating the spirit” of his legislation.

Under his legislation, school districts were eligible for their full share of funds if they reopened campuses to elementary students and at least one full middle or high school grade by April 1.

The school board was expected to discuss the plan in more detail at a Tuesday meeting.

The city’s public preschools and elementary schools resume in-person classes last month. As of Tuesday, mid-May, around 20,000 of the district’s 52,000 students have returned to the classrooms. SFUSD was among the last large school systems in the country to bring back students after campuses were shuttered during the pandemic.

Fox News has reached out to the SFUSD and the United Educators of San Francisco but did not hear back before publication.