Two leading epidemiologists say other states can safely reopen their borders with regional Victoria while Melbourne remains locked down to prevent coronavirus spreading beyond the city.

The rolling 14-day case average has dropped to 1.1 in regional Victoria, with no new cases since a single infection was reported on September 17. 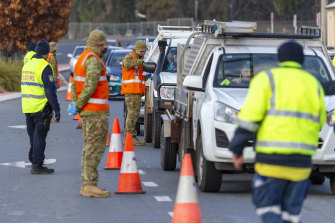 "I think there is no epidemiological argument now to keep those restrictions [with NSW]," she said.

Professor Bennett said the many weeks of lockdown and the fact there had been no cases recently in Geelong, despite its proximity to Melbourne, showed regional Victoria had done well in minimising the spread of the virus.

"It's unlikely there is now underlying community transmission in regional Victoria because of the length of the lockdown," she said. 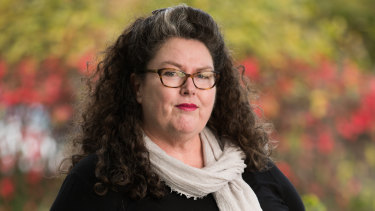 Professor Bennett said strong infection-prevention habits in Victoria and improved outbreak responses should give authorities confidence about planning to open up.

In total, regional Victoria has just 14 active cases, including five in the Colac Otway Shire and two each in Greater Geelong and Macedon Ranges.

There were six new cases in NSW in the 24 hours to 8pm on Tuesday night – all of them returned travellers in hotel quarantine.

Infection control expert Professor Mary-Louise McLaws agreed it was safe for regional Victorians to travel to other states as long as tight controls were maintained around Melbourne. 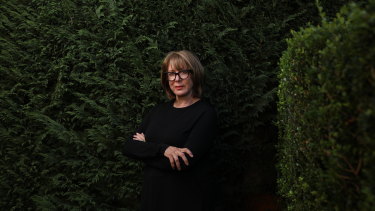 Professor McLaws called for a national approach to border controls with rapid "ring fencing" of clusters to prevent outbreaks from spreading.

NSW Premier Gladys Berejiklian has repeatedly said her government would consider opening up the state's borders with regional Victoria, but on Wednesday she said there were still concerns about Melbourne.

"We’re really pleased with the way the numbers have dropped in Victoria, but we need to see what Victoria does and how Melbourne responds when the restrictions are eased," she said. 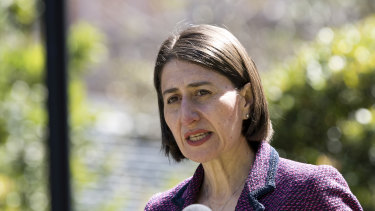 NSW Premier Gladys Berejiklian has flagged the prospect of opening her state up to regional Victoria. Credit:Rhett Wyman

Victorian Premier Daniel Andrews said bringing infection numbers down was the way to convince other premiers they could reopen their borders.

He said the strategy to reduce cases was proving successful in Victoria as the state moved towards "COVID normal".

"Part of that will be the notion of being able to travel much more freely within the state and indeed to travel beyond it," he said.

Mount Gambier resident Daniel McGlone, who is currently stuck in Victoria due to border restrictions, said he hoped the border would reopen "sooner rather than later".

"I think it’ll be good overall for the community in Mount Gambier because a lot of the cross-border communities rely on each other and a lot of people from smaller towns cross the border and come into Mount Gambier to do their shopping or for medical reasons," he said.

"I think it will be quite difficult to regulate but … I don't really see it as too big of a problem."

University student and Albury resident Lucy Nagle said she wanted the NSW borders opened "as soon as possible" to allow business to flow throughout Albury-Wodonga again.

"It’s been disheartening to see one half of the community in lockdown and not be able to open shops [and] not be able to see their friends and families when there aren’t any coronavirus cases, whereas on the other side things are pretty much COVID-normal," Ms Nagle said.

"In my community, I think the popular opinion is to still maintain some border closures where there are many active cases."

Moama secondary school teacher Maris Carmody said most people felt "quite safe [and] quite happy" opening the NSW border as Moama (in NSW) and Echuca (in Victoria) residents "have always been as one".

"We’ve got people whose families live in Echuca but their children come to school over the border in Moama and vice versa," she said.