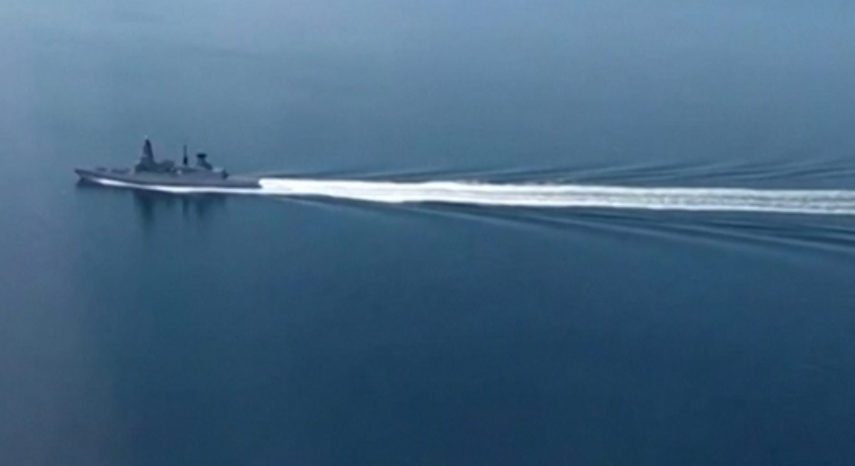 Russia has released footage it claims shows a British destroyer being ‘chased out’ of disputed waters by military jets and warships.

HMS Defender briefly sailed through territorial waters off the coast of Crimea, which Moscow sees as Russian territory after annexing it from Ukraine in 2014.

The Russian Defence Ministry said a patrol ship fired warning shots toward the 152-metre, 8,500-tonne ship on Wednesday and used jets to drop bombs in its path.

The Ministry of Defence said HMS Defender was ‘conducting innocent passage through Ukrainian territorial waters in accordance with international law’.

A BBC correspondent who happened to be aboard said the Russian military had ‘harassed’ the ship and sent hostile warnings over radio.

The reporter said two Russian coastguard vessels followed it, sometimes as close as 100m (330ft) away, and saw some 20 aircraft overhead.

The MoD said: ‘We believe the Russians were undertaking a gunnery exercise in the Black Sea and provided the maritime community with prior warning of their activity.’ 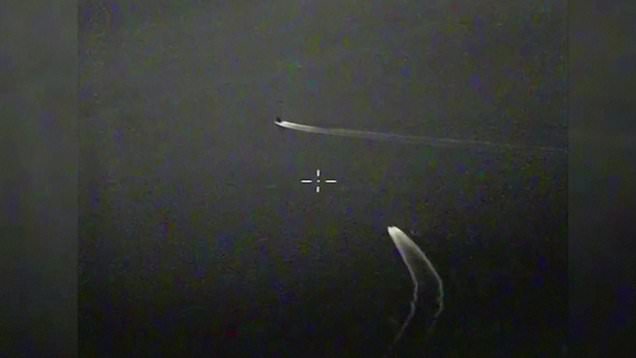 Russian vessels ‘shadowed’ the ship’s passage ‘as is routine’ and made the crew aware of ‘training exercises’ in the vicinity, Defence Secretary Ben Wallace added.

Environment Secretary George Eustice said the ship was taking the quickest route to its destination in line with international law and would ‘of course’ do it again despite the confrontation.

He told Sky News on Thursday: ‘I don’t think there is anything in this particular event that people should get too carried away by.’

He said Russian gunnery exercises were ‘not uncommon’ in the area and that the incident is ‘not particularly abnormal in that sense’.

The vast majority of the international community recognise the Crimean Peninsula as Ukrainian territory. 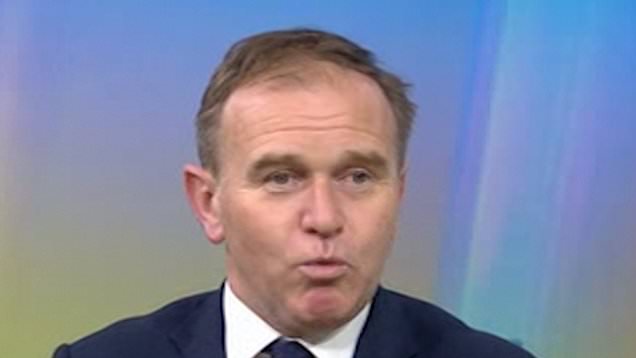 HMS Defender was sailing from Odessa, a city in a part of Ukraine which is still controlled by the Ukrainian government, to Georgia.

Russia said the ship’s movements were a ‘gross violation’ of UN sea laws, while the UK said it was passing through a commonly used and internationally-recognised transit route.

The Russian embassy in the UK later tweeted: ‘HMS Defender turns HMS Provocateur and violates Russian border. Not exactly a “routine” transit, is it?’

The British ambassador to Russia was summoned to the Russian foreign ministry on Wednesday afternoon.

Previous attempts by Russia to ‘defend’ Crimean waters have drawn widespread condemnation, such as a 2018 incident in which its coast guard fired on and captured three Ukrainian Navy vessels passing through.

Ukraine has been locked in a ‘frozen conflict’ with Russian-backed separatists along the frontier of the annexed region ever since the invasion, claiming dozens of casualties each year.

Fears of all-out war mounted earlier this year after independent monitors reported Russia was amassing forces in the area.

The Ukrainian government claims Russia now has 80,000 troops deployed along its eastern border and in Crimea itself.