PROTESTORS clashed with Italian riot police early this morning during a demonstration against a new coronavirus curfew in Rome.

Disturbing images show around 200 masked militants throwing flares and firecrackers at cops amid the country's worst post-war recession after a two-month national lockdown. 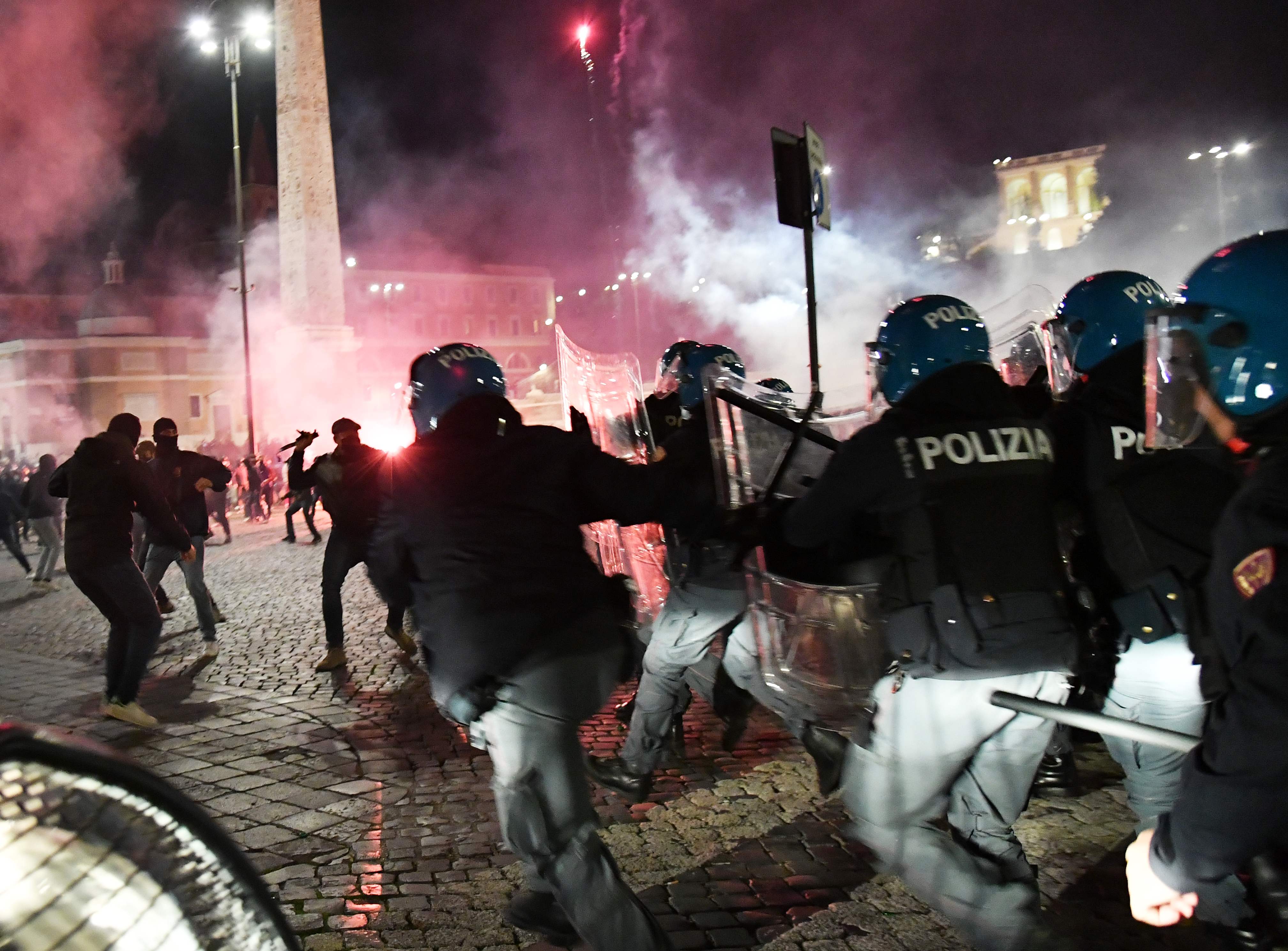 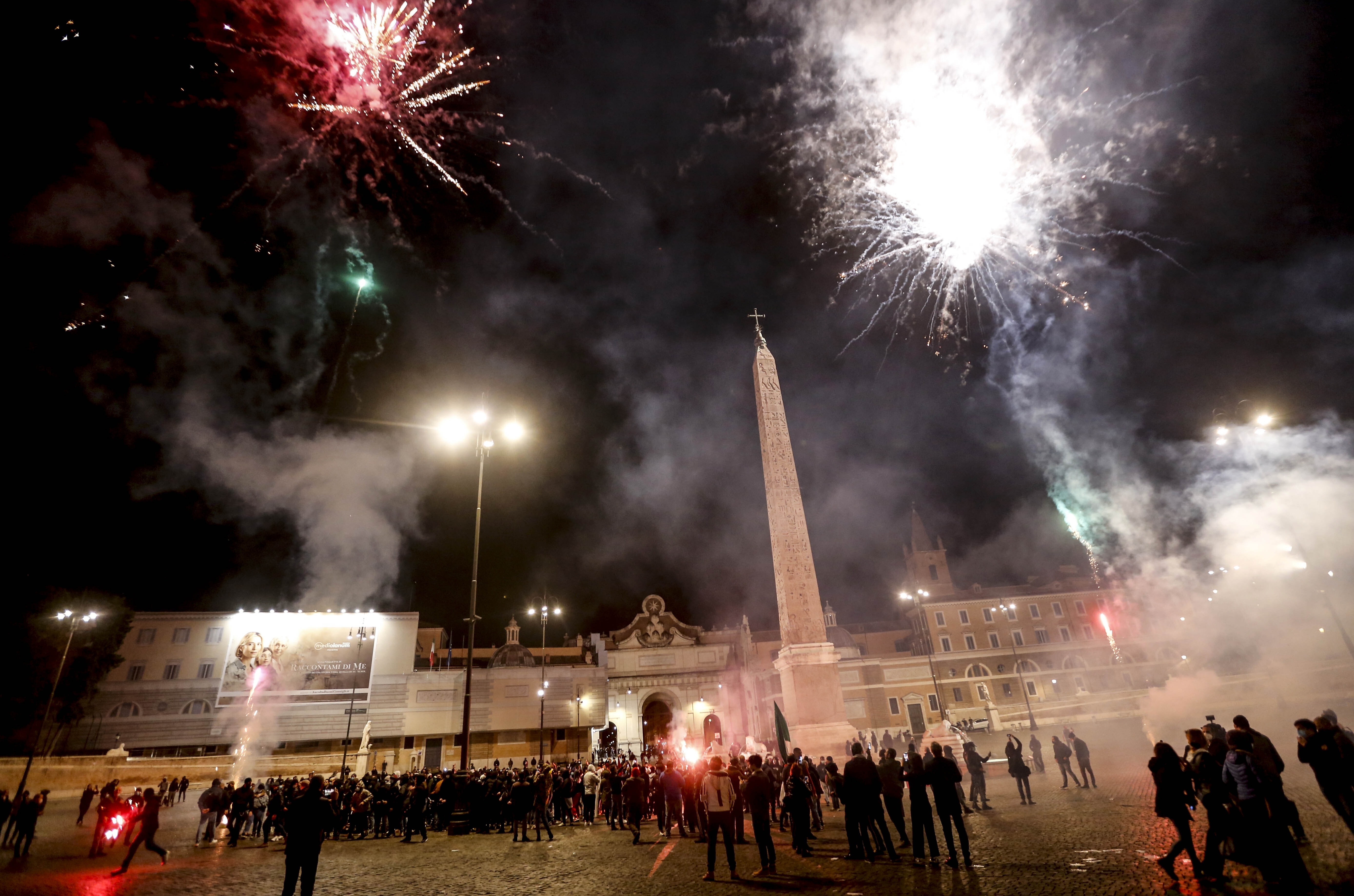 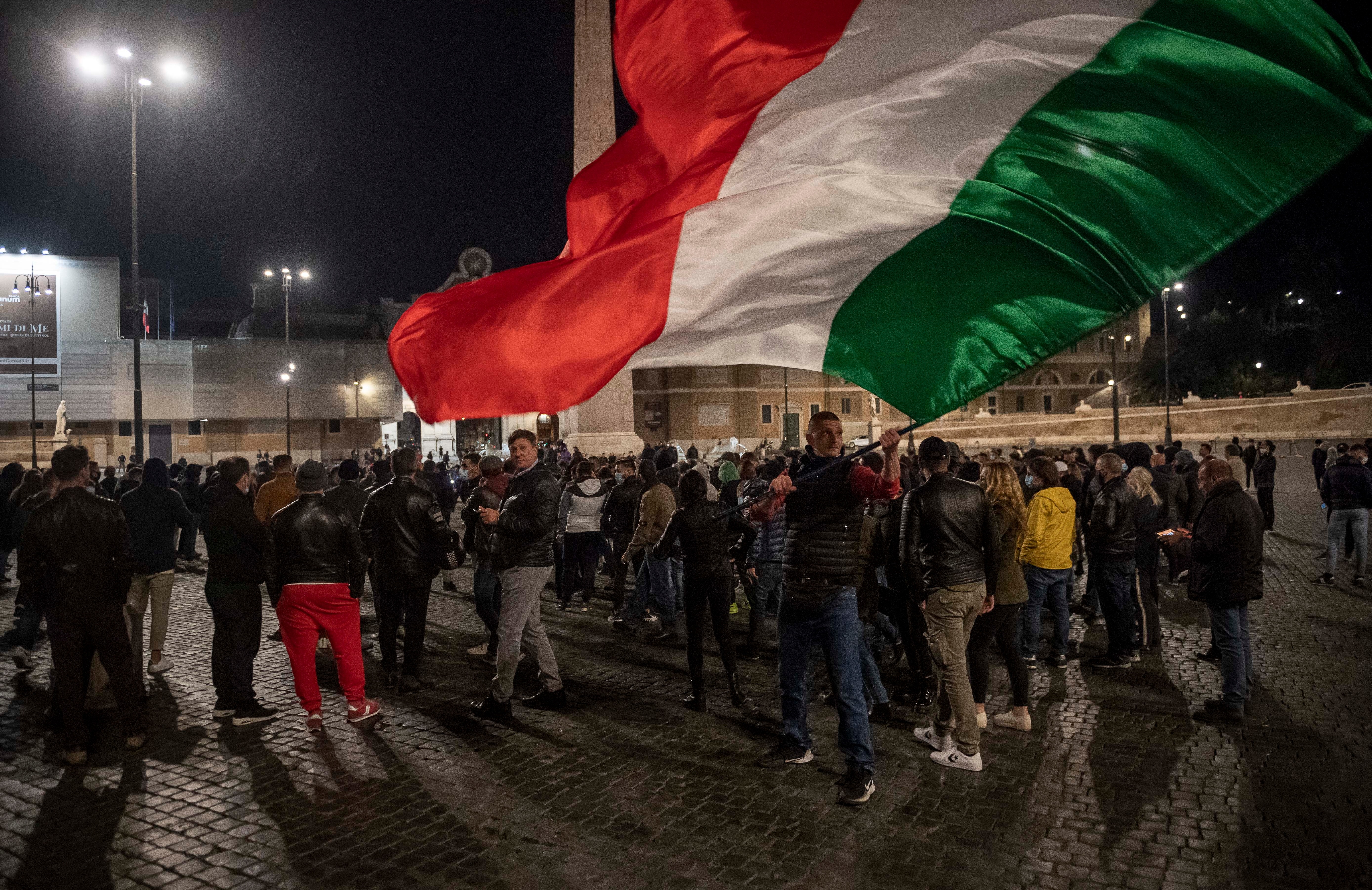 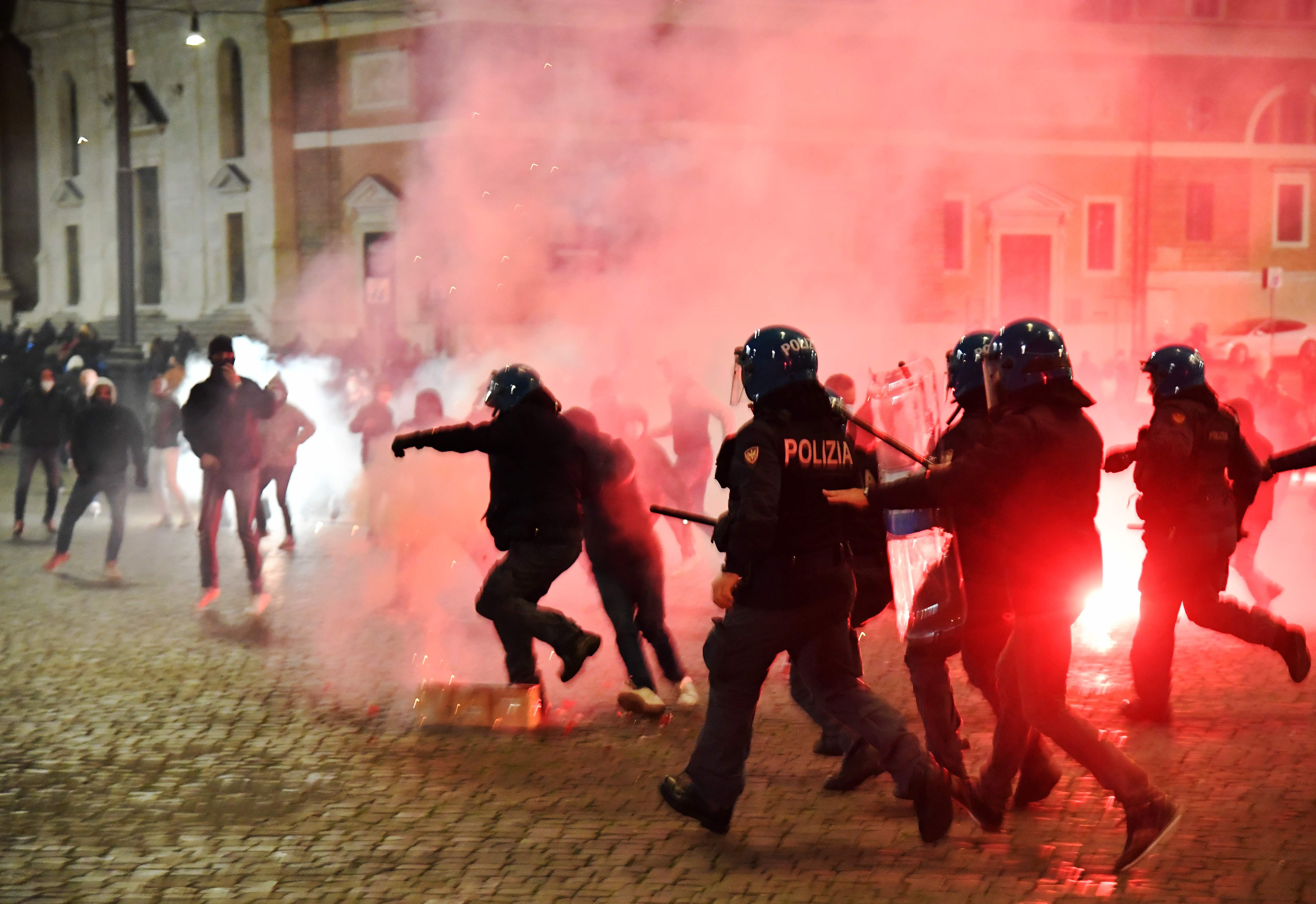 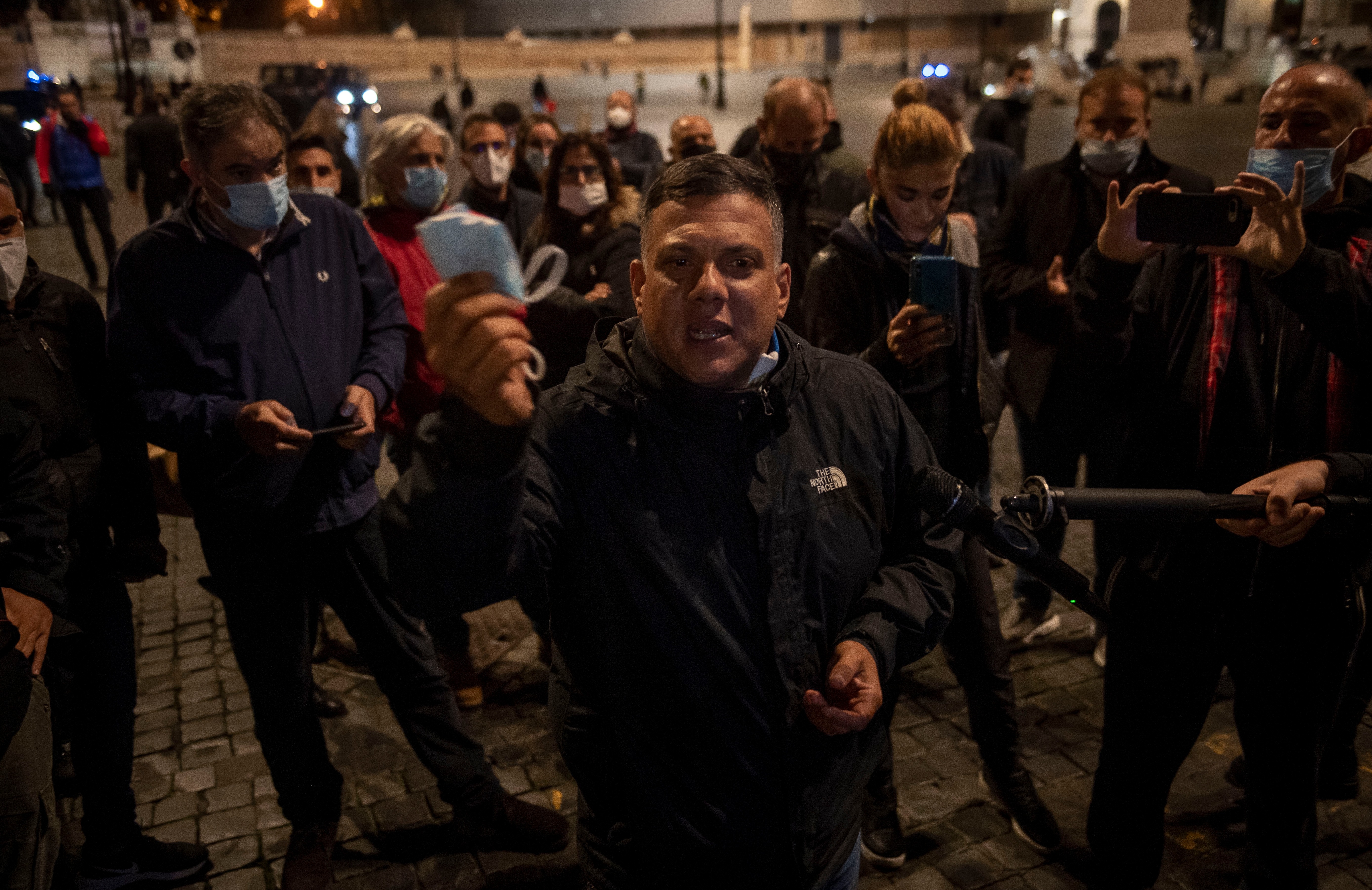 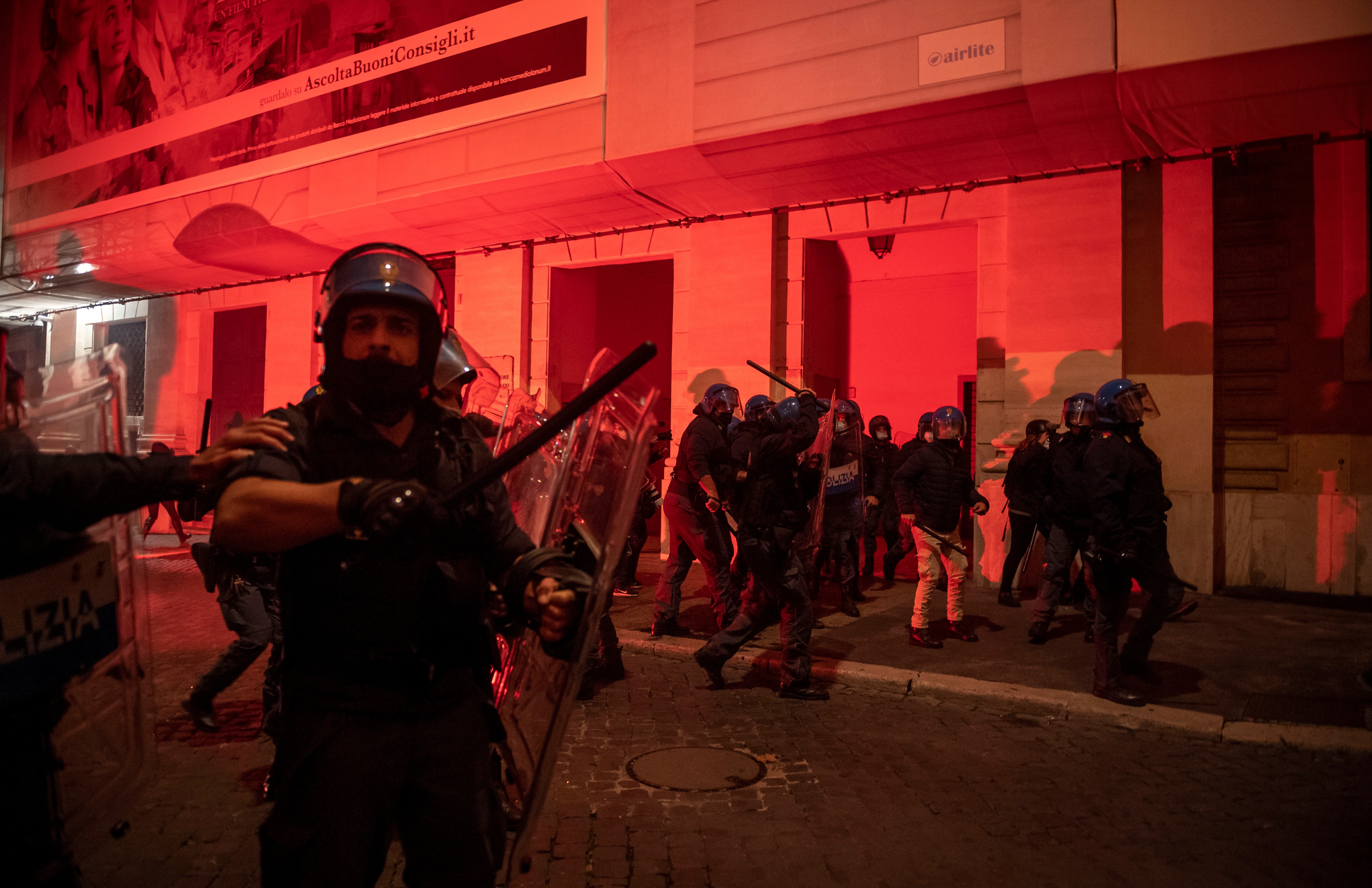 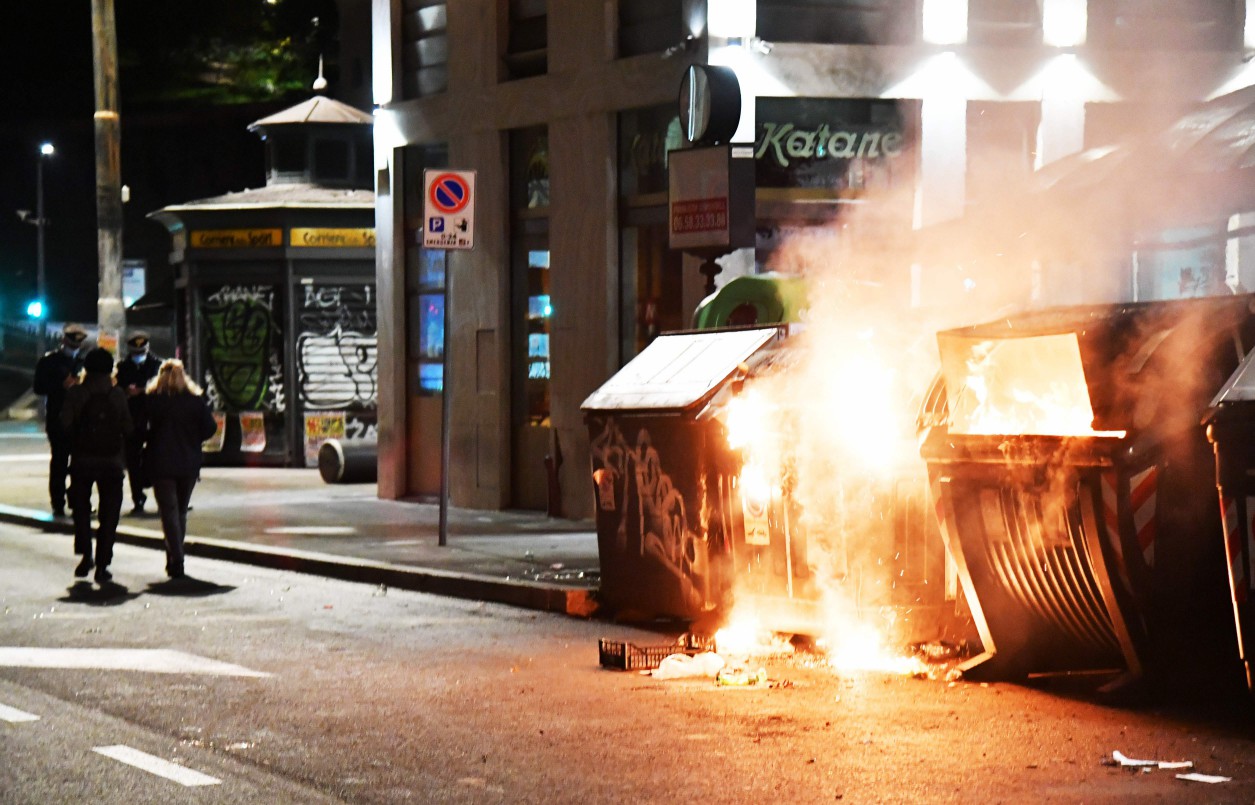 The violent scenes, which erupted just after midnight, came after another anti-curfew protest in Naples on Friday night as hundreds of people set bins on fire and threw projectiles at police.

Seven were arrested and two officers were reportedly injured during the unrest in Rome this morning which came as Covid-19 cases rose seven-fold in Italy since the start of October.

Prime Minister Giuseppe Conte said he wants to avoid another blanket lockdown and promised to speed up government help for businesses impacted by the pandemic.

Conte is nonetheless expected to announce a fresh tightening of restrictions later today, which could include reduced opening hours for restaurants and bars and the closure of public gyms and swimming pools.

Piedmont in the north and Sicily in the south will follow Campania, Lazio and Lombardy next week in imposing curfews, with other regions expected to join them – unless the government first imposes nationwide rules.

Calls were issued on social media for Rome to follow Naples' example in challenging the curfew, which in Rome runs from midnight to 5am.

Protesters in the capital's central Piazza del Popolo square waited until one minute before midnight to set off fireworks in the colours of the Italian flag, don balaclavas and throw flares at police.

Giuliano Castellino, leader of militant group Forza Nuova, said: "We refuse to accept that the virus is around one minute before midnight and the next minute no."

Italy was the first European country to be badly hit by the virus and has now registered over 500,000 cases and more than 37,000 deaths, according to health ministry figures. 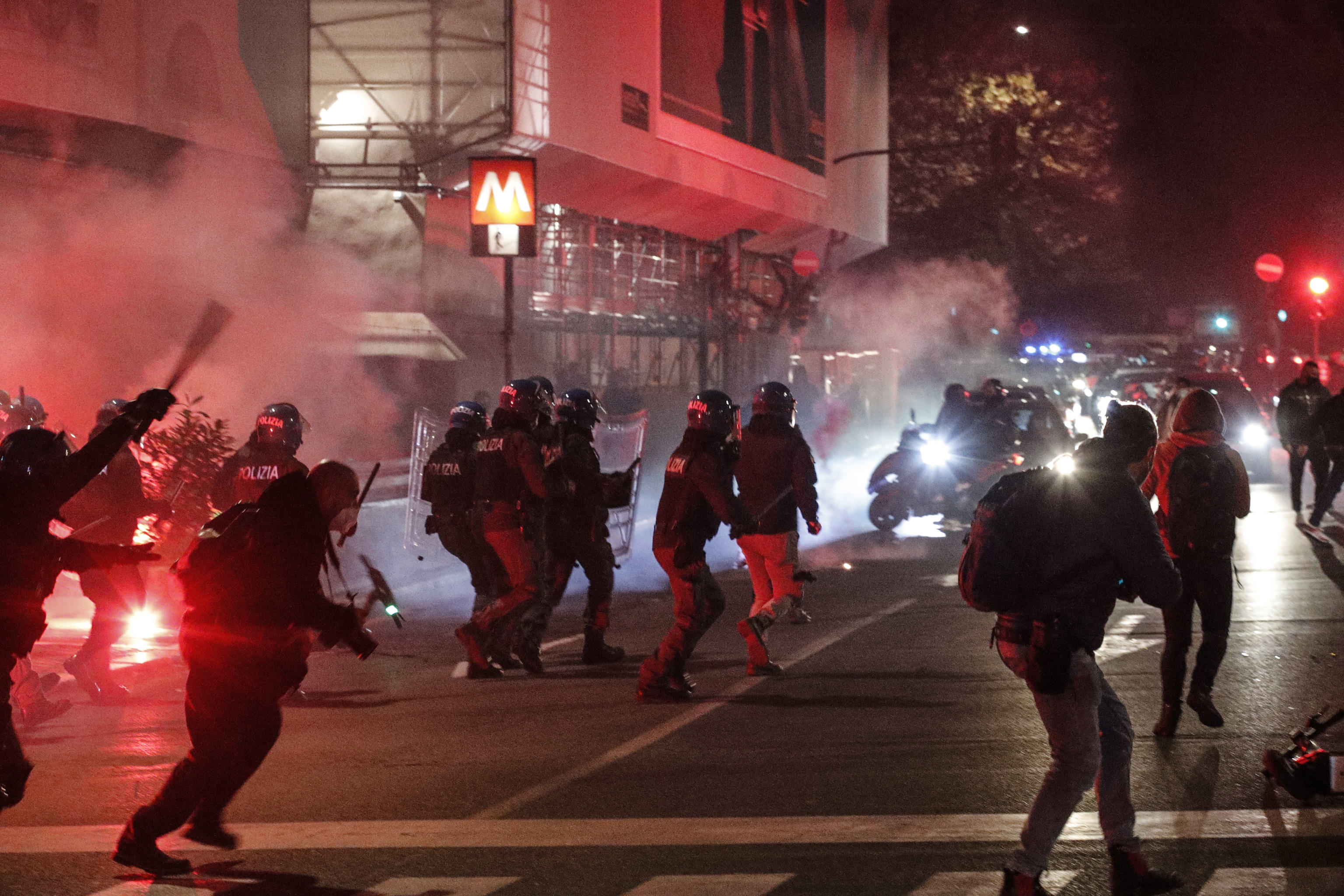 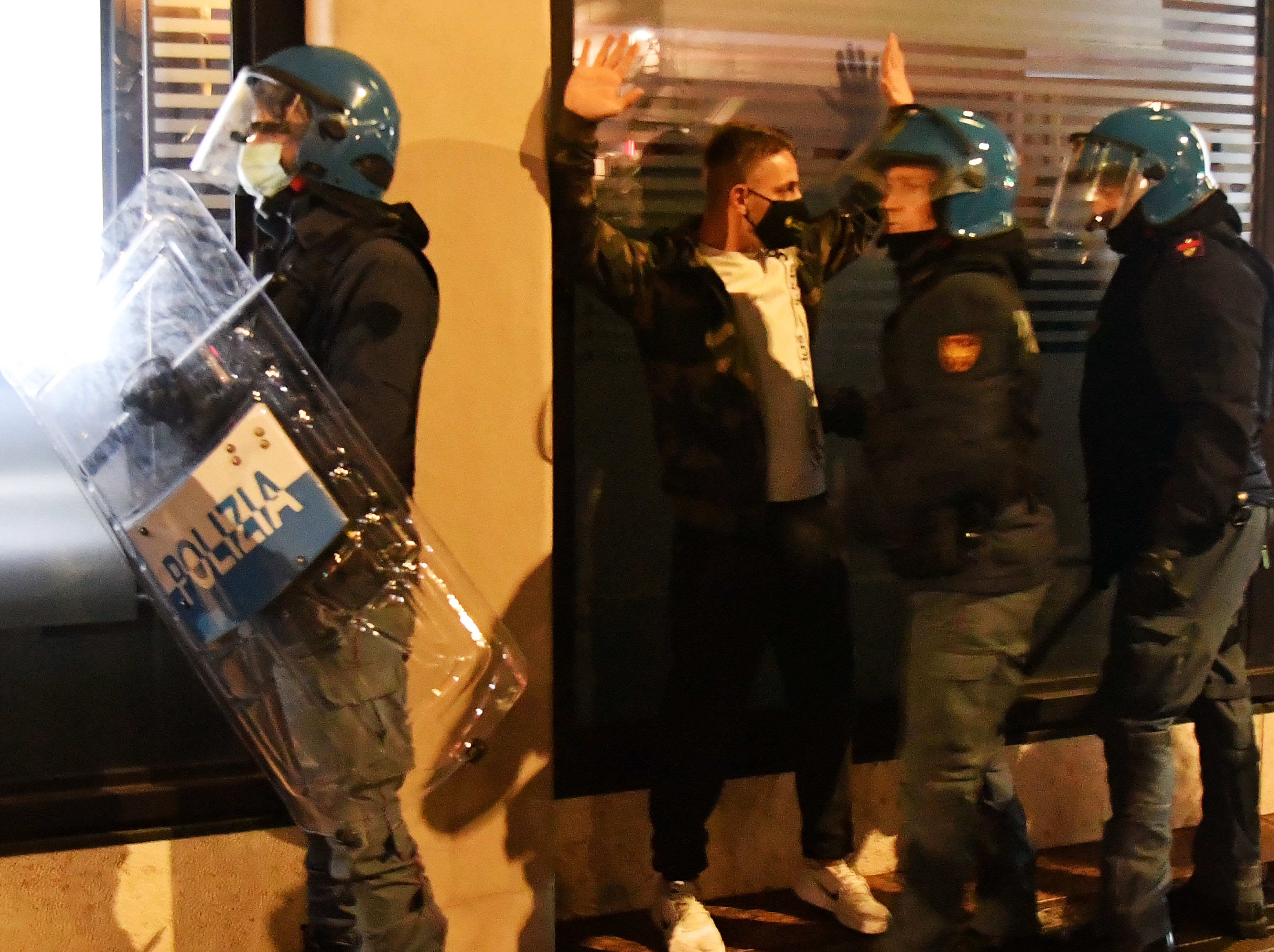 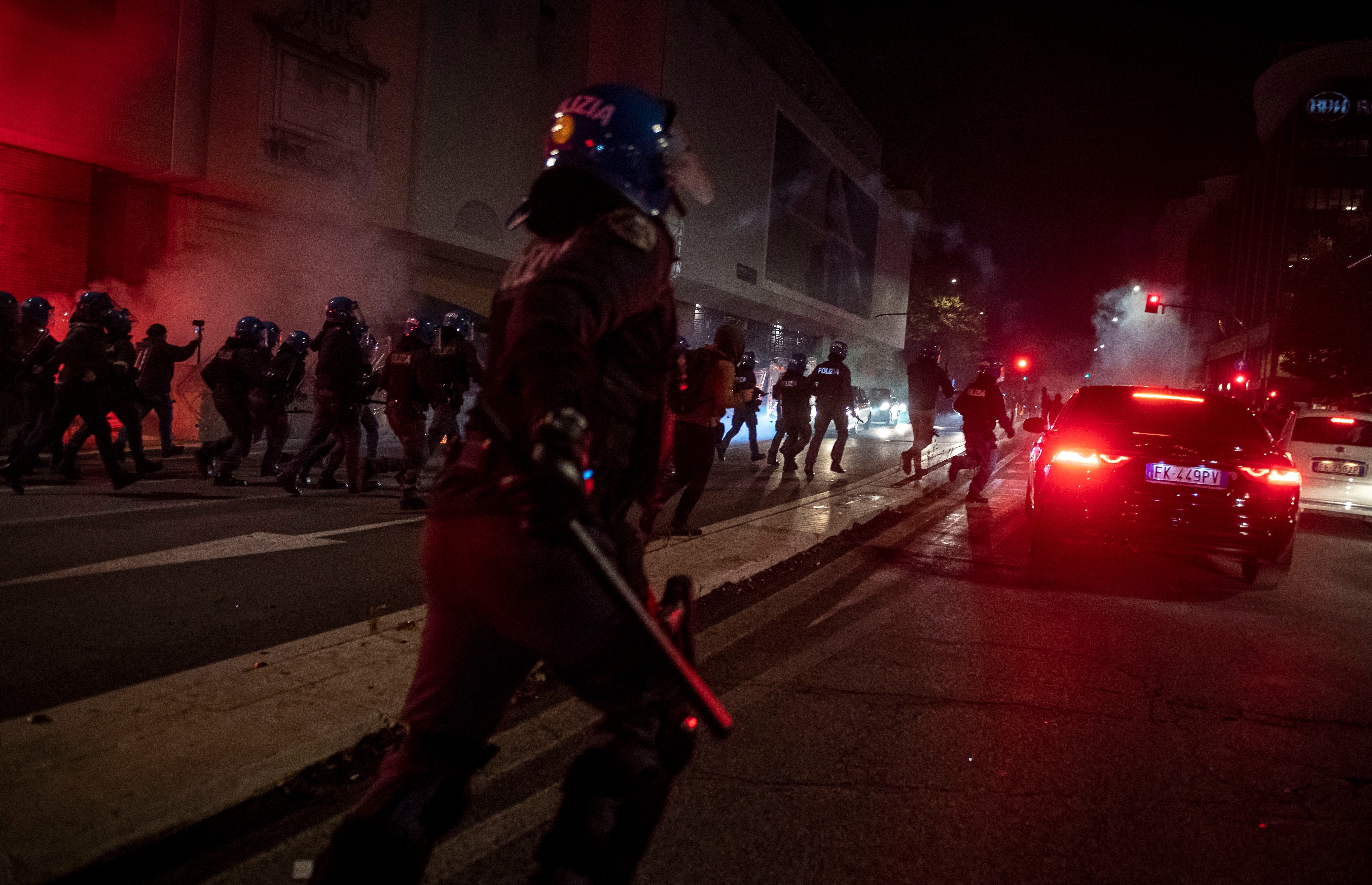 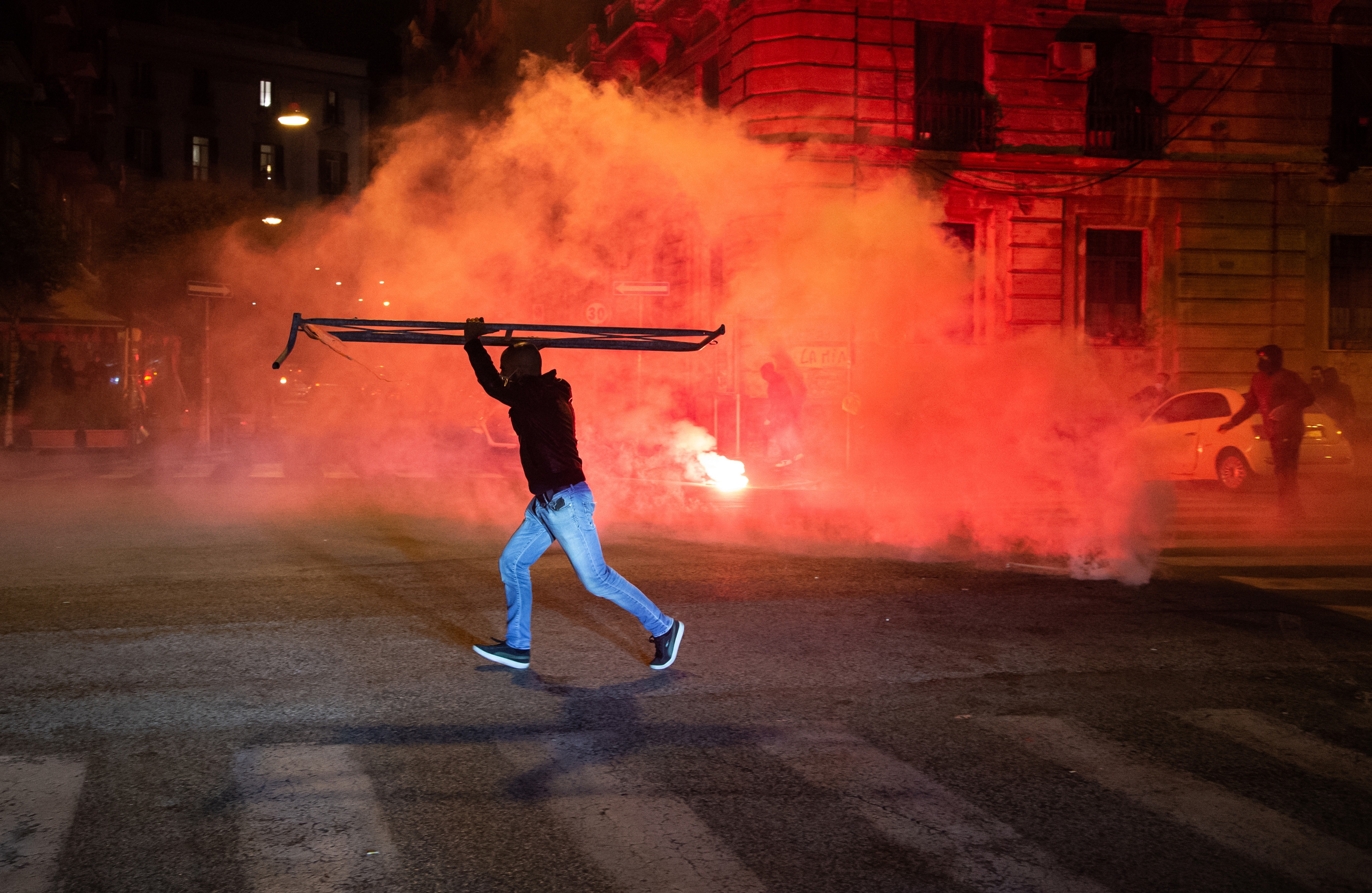 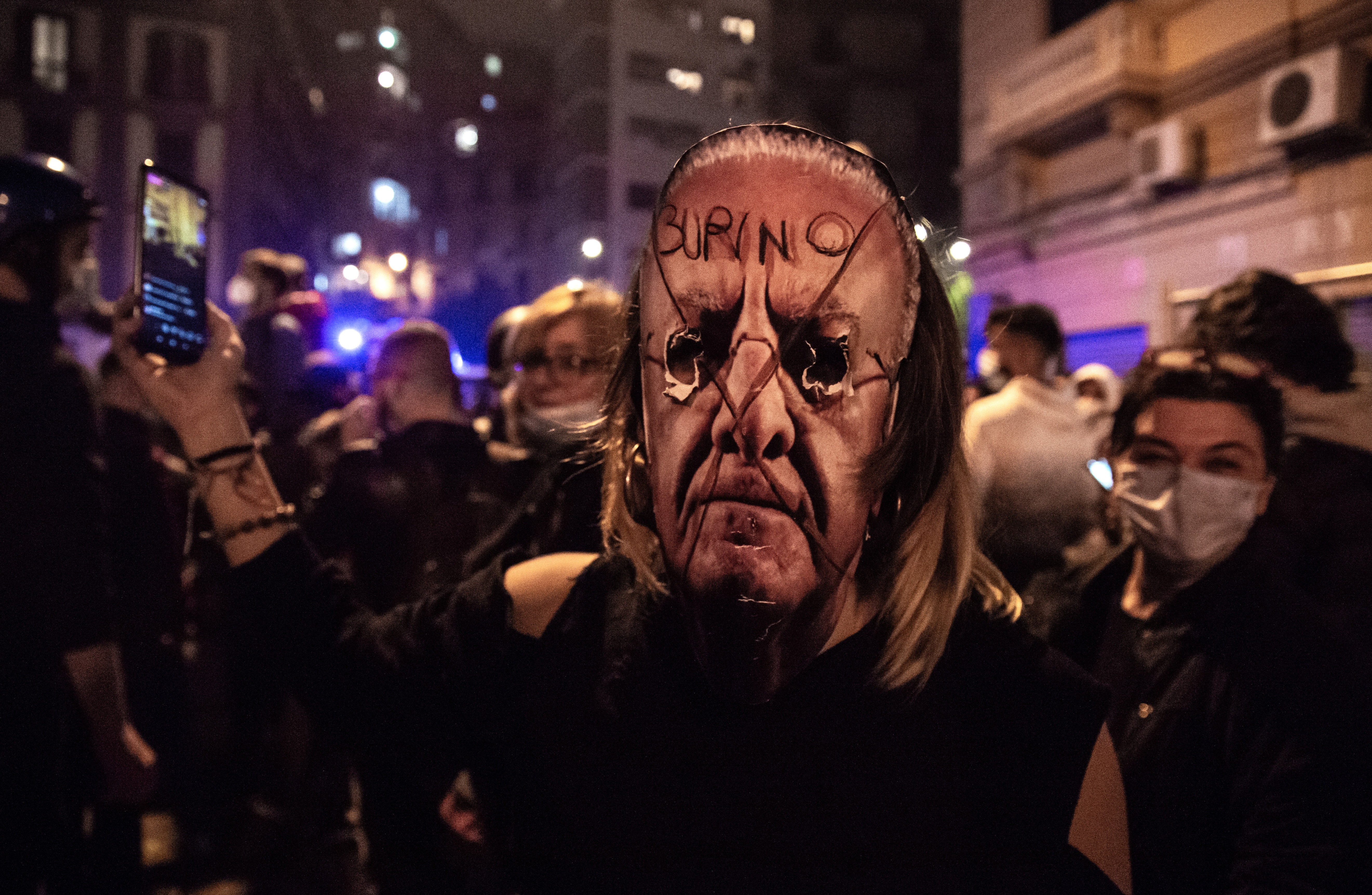 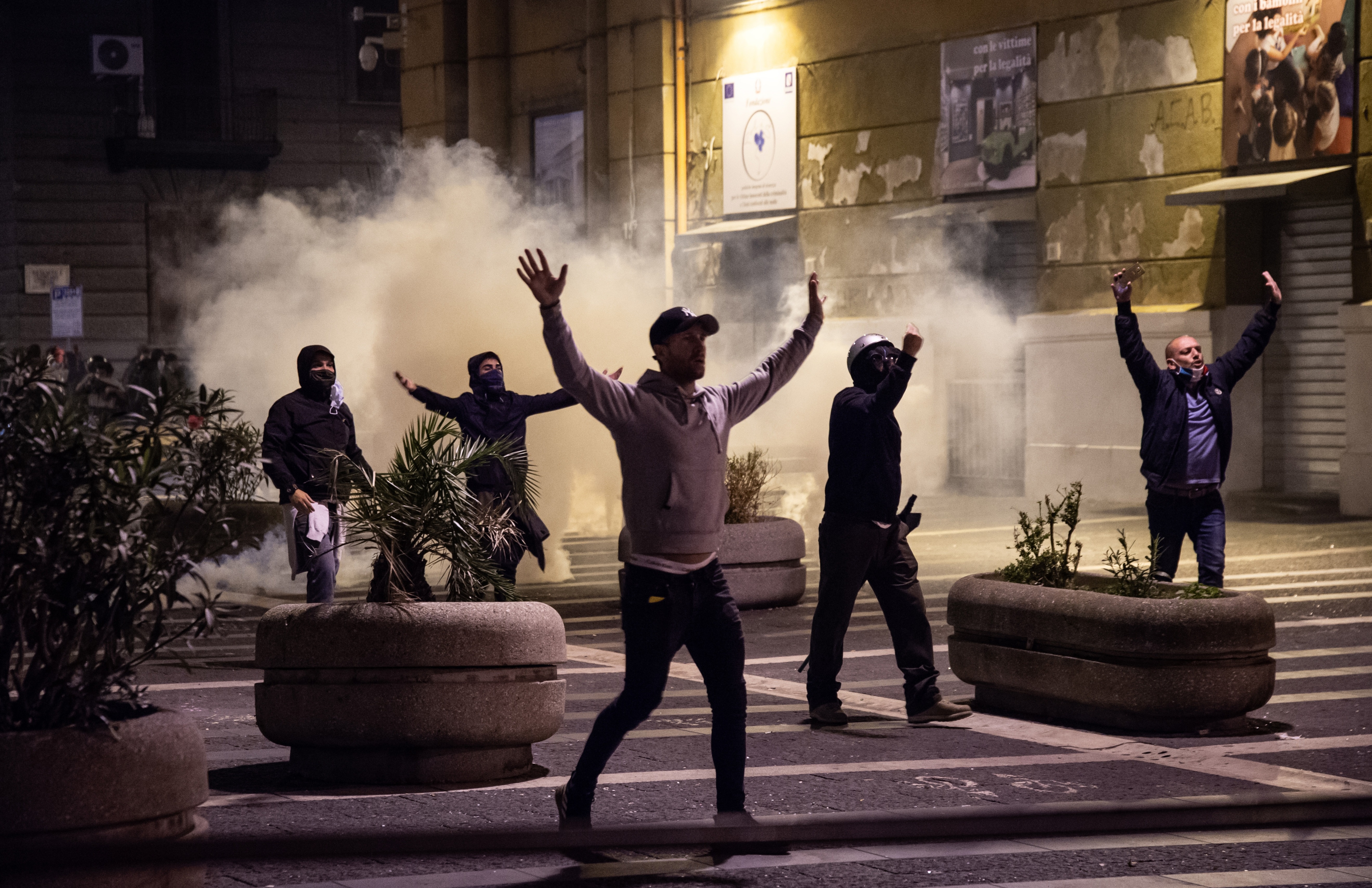 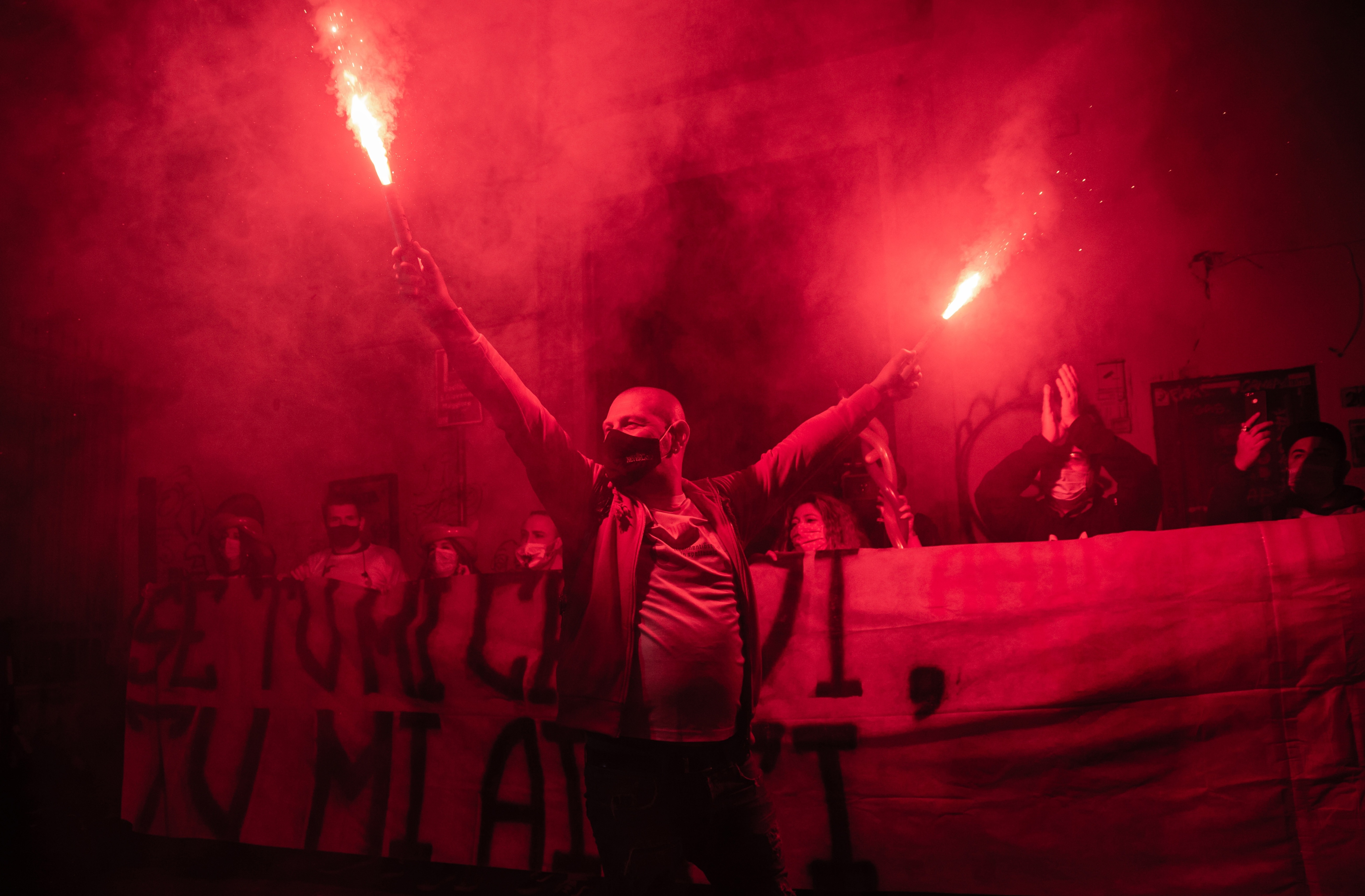 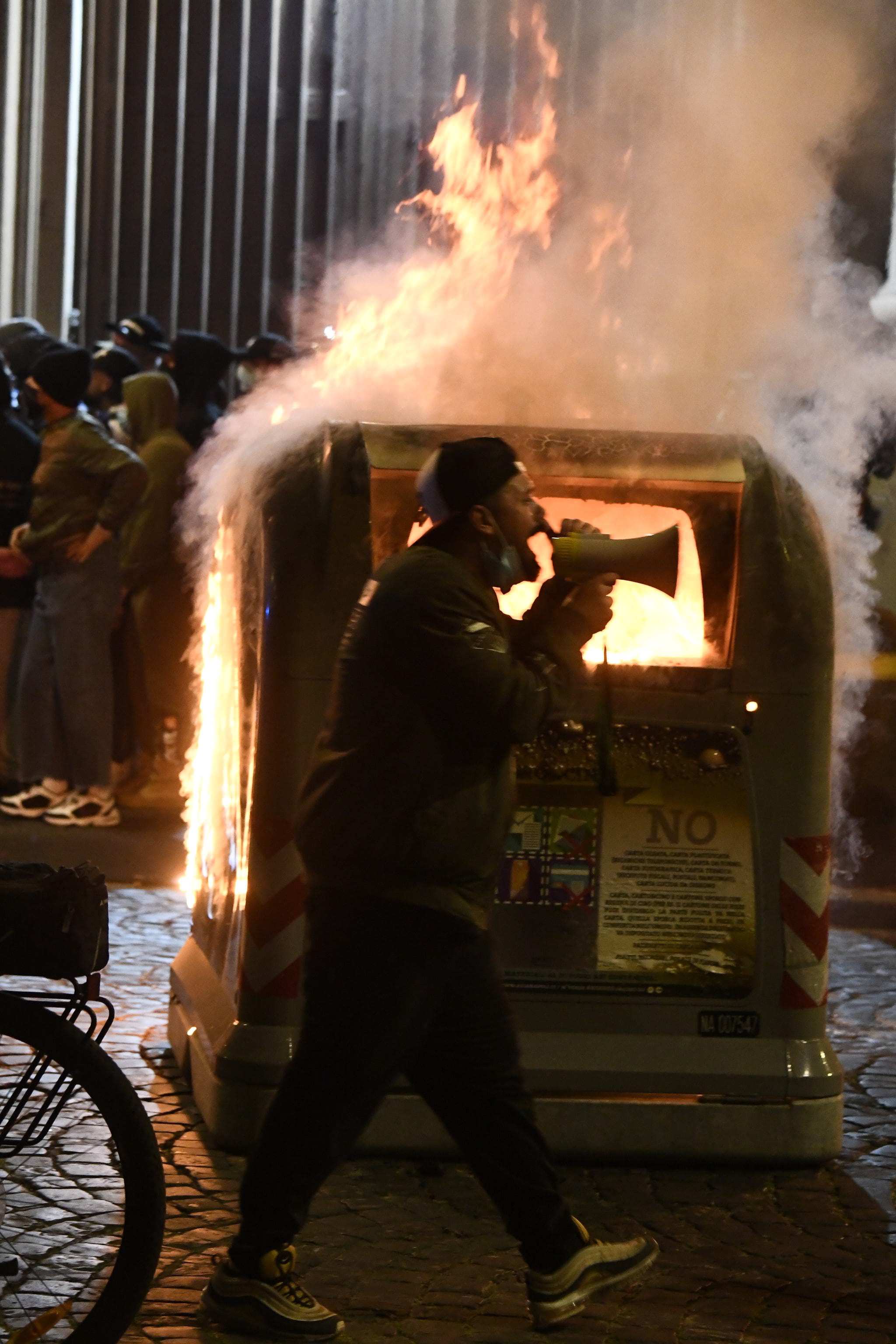 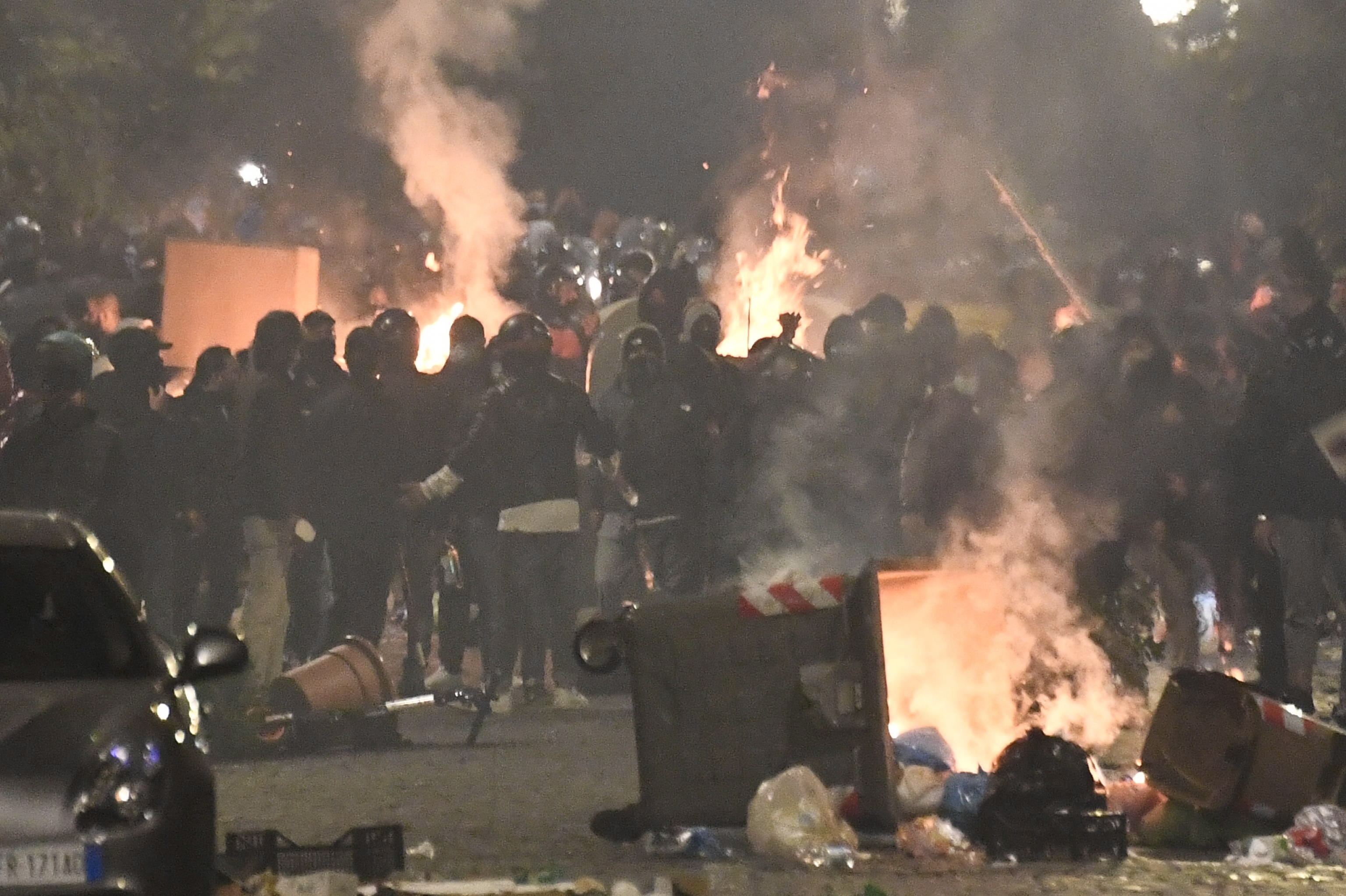 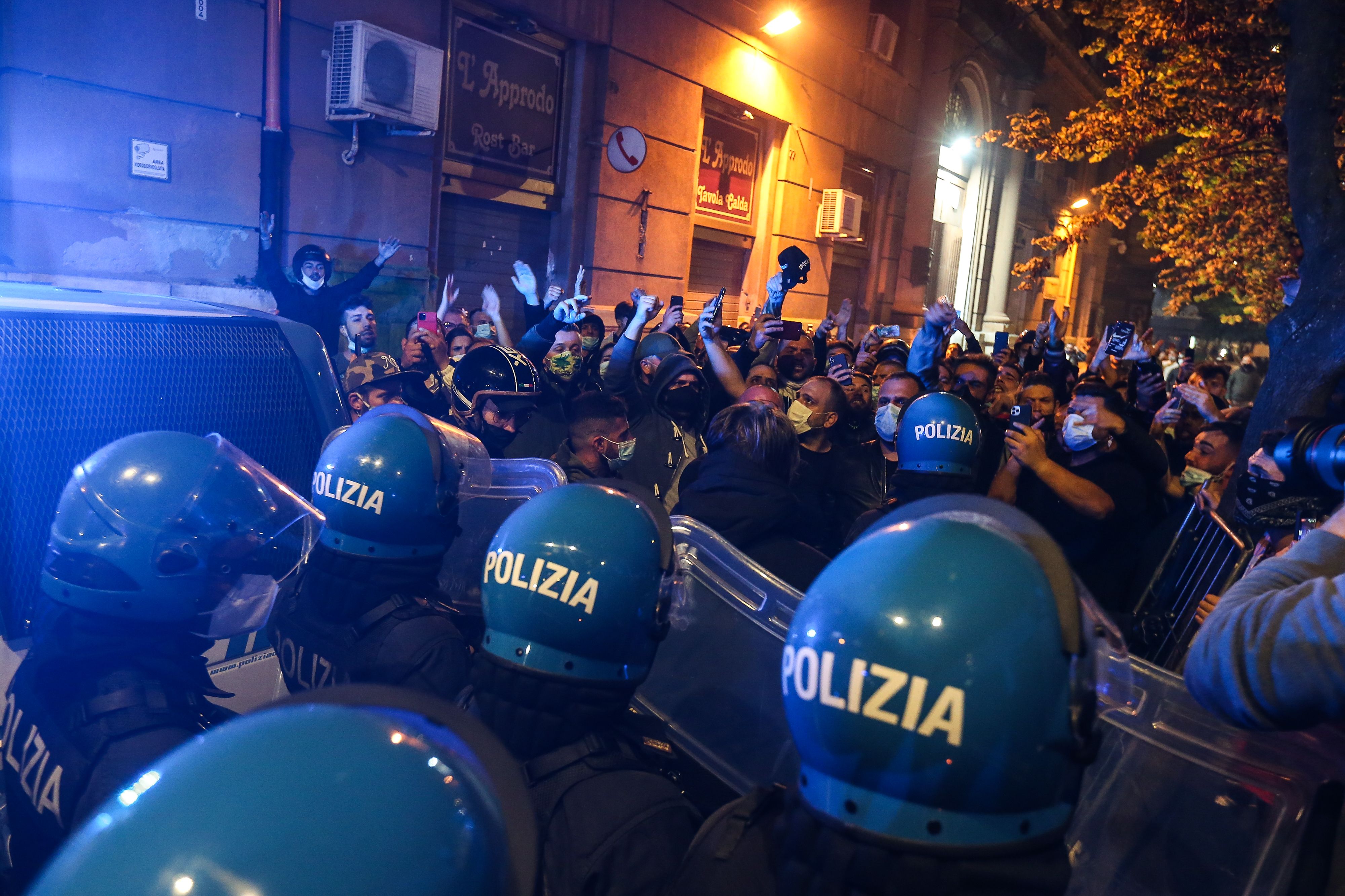 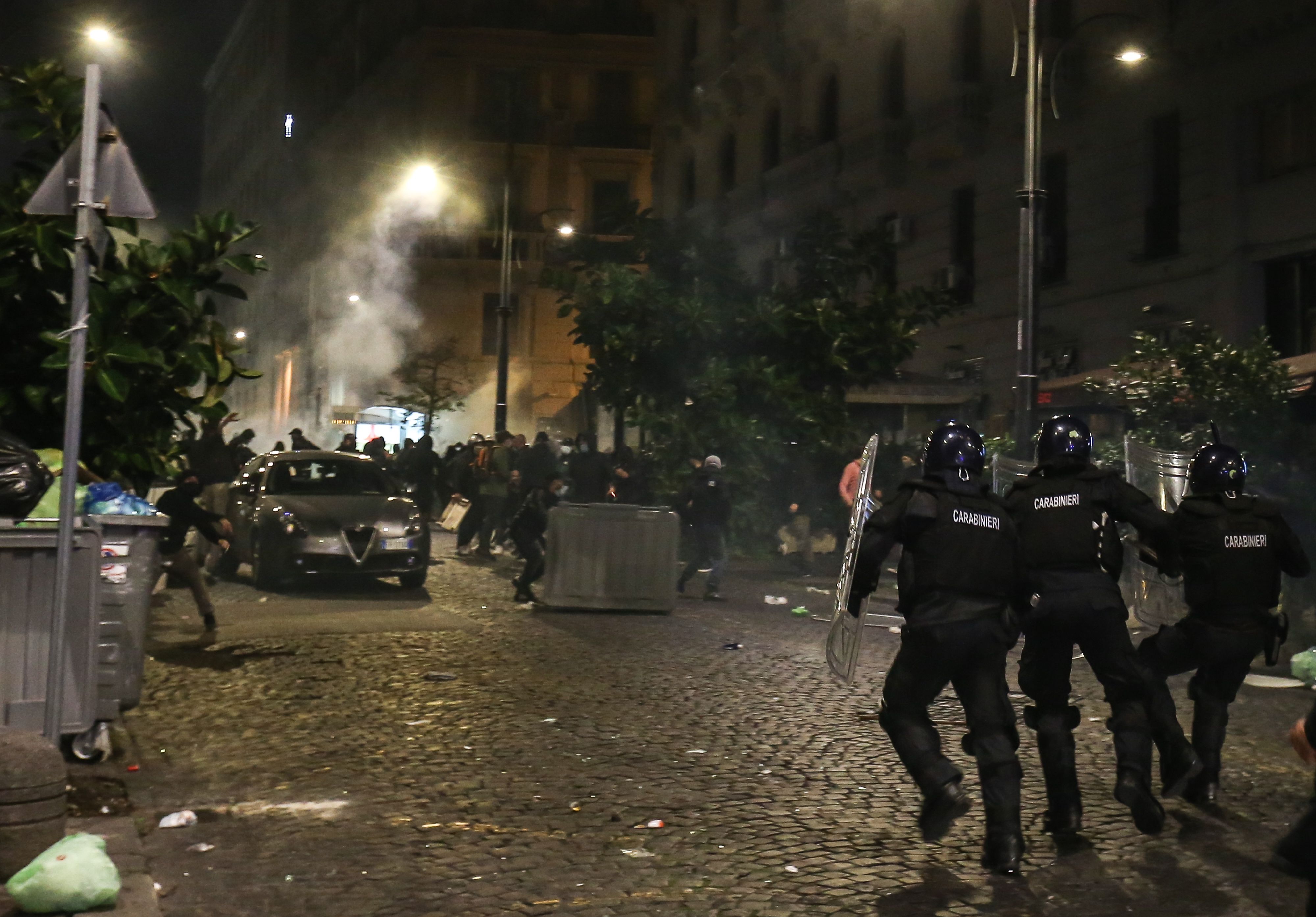 The latest protests there cap a week of similar demonstrations against government restrictions in several parts of Europe, including Spain, Switzerland and the Czech Republic.

The continent has seen a spike in new infections and taken a raft of new containment measures, mostly trying to avoid new nationwide lockdowns — from night-time curfews to more restrictions on social gatherings.

After Germany recorded its 10,000th coronavirus death on Saturday, Chancellor Angela Merkel said: "The order of the day is to reduce contacts, (and) to meet as few people as possible."

Duda, 48, said in a tweet that he had tested positive but "felt fine" and was still on the job.

Spain became the first European country earlier this week to officially record a million coronavirus cases since the start of the pandemic.

People across the nation were bracing for a national state of emergency, overnight curfews and other new containment measures.

The French government extended an overnight curfew to cover areas home to around 46 million people — two out of every three French.

"The difference compared to the first wave is that now we also have all the chronic pathologies of the winter period to take care of," emergency doctor Agnes Ricard-Hibon told local television.