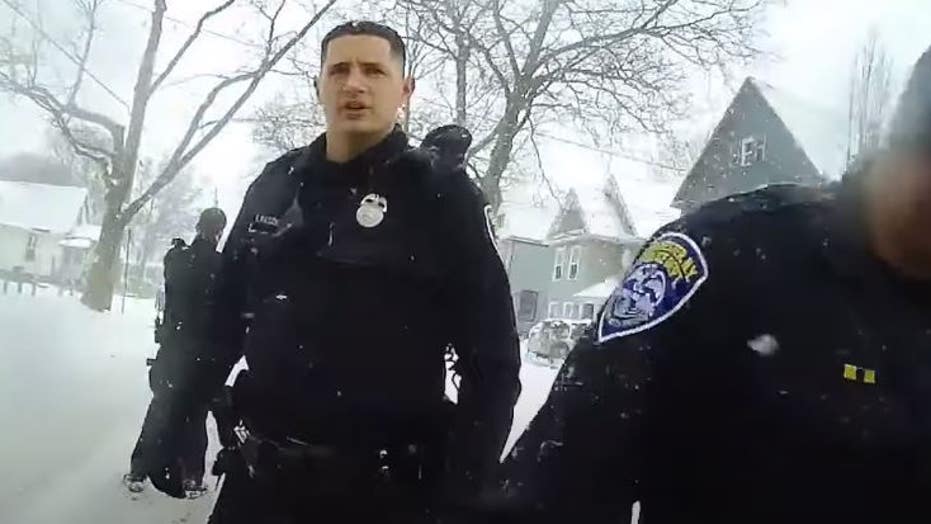 Rochester police officers have reportedly been suspended for their alleged involvement in a Friday incident where a distraught 9-year-old girl was handcuffed and pepper-sprayed.

The announcement was made Monday by the city’s Director of Communications, Justin Roj, in a press conference, the Democrat and Chronicle reported.

The officers involved in the Friday incident were not named. Their suspensions are effective immediately and will continue pending an internal investigation.

The Democrat and Chronicle reported that prior to the release of the videos, Rochester Mayor Lovely Warren expressed her concern for the “child that was harmed during this incident that happened on Friday.”

A total of nine officers and supervisors responded to the report of “family trouble” on Friday. The girl can be heard in the body-camera videos from officers at the scene screaming frantically for her father as the officers try to restrain her.

Officers tried to force the girl into a patrol car but she pulled away and kicked at them. In a statement Saturday, the police department said this action “required” an officer to take the girl down to the ground. Then, the department said, “for the minor’s safety and at the request of the custodial parent on scene,” the child was handcuffed and put in the back of a police car as they waited for an ambulance to arrive.

Police said the girl disobeyed commands to put her feet in the car. An officer was then “required” to spray an “irritant” in the handcuffed girl’s face, the department said Saturday.

“I’m not going to stand here and tell you that for a 9-year-old to have to be pepper-sprayed is OK. It’s not,” Herriott-Sullivan said. “I don’t see that as who we are as a department, and we’re going to do the work we have to do to ensure that these kinds of things don’t happen.”

Police said the girl was eventually taken to Rochester General Hospital, “where she received the services and care that she needed,” and was later released to her family.

The Rochester Police Department has faced scrutiny since the death of Daniel Prude last year after officers from the department put a hood over his head and pressed his face into the pavement.