RIOTERS in Portland appeared to set fire to the US Immigration and Customs Enforcement building before a face off with cops as chaos erupted.

Police reportedly used pepper balls in a bid to push back protesters as a night of violence raged in Oregon late on Saturday. 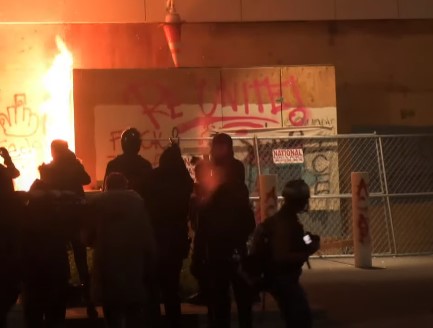 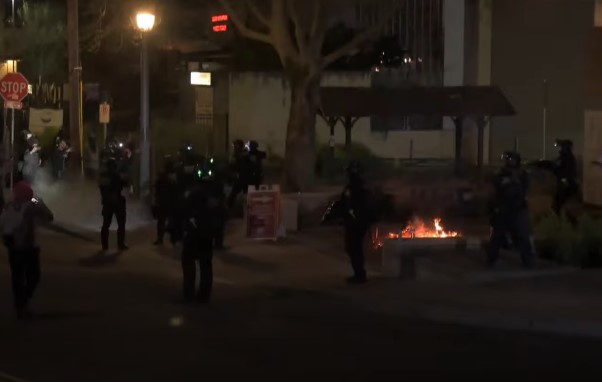 After dozens of rioters gathered outside the ICE building the South Waterfront district, a small fire was started on the driveway and some protesters threw eggs and a flair.

Rioters reportedly began dismantling a fence put up around the building before federal agents told them not to trespass via loudspeaker, freelance reporter Grace Morgan said on Twitter.

Videos on social media show a fire roaring outside the site as protesters reportedly chanted "this is what community looks like".

But as the drama unfolded, the ICE building was apparently set alight as agents emerged and attempted to disperse the crowd with pepper bullets. 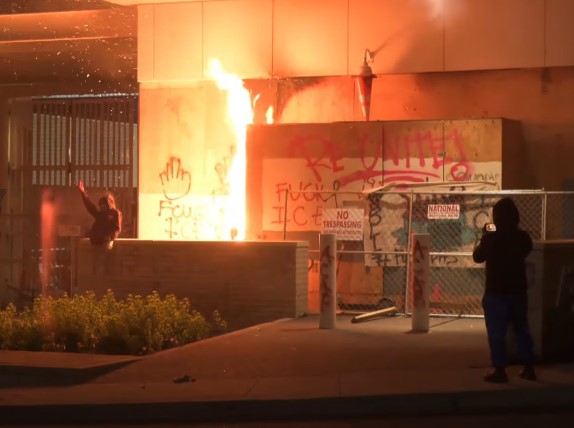 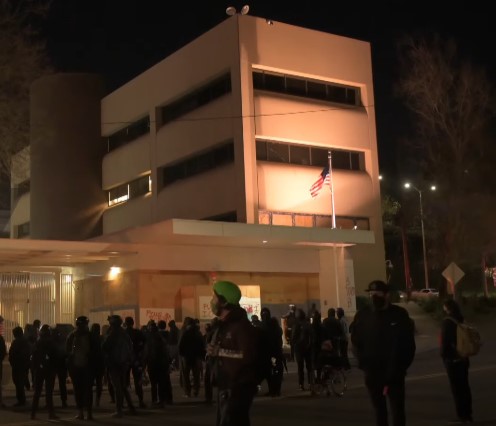 It is not clear whether any arrests have been made.

Portland became the center of many protests last summer – with at least 100 consecutive nights of unrest, prompting then President Trump to deploy federal forces.

It comes after Portland police detained around 100 protesters who were allegedly smashing windows in a night of "direct action" on Friday, March 12.

Cops threatened to use tear gas and impact munitions as they surrounded the group.

It marked the first time the city's police used the so-called "perimeter tactic" to deal with the unrest after months of protests in Portland, Fox 12 reported.

Speaking over a loudspeaker, one cop said: "You are not free to leave. You must stay where you are and comply with officers’ lawful orders.

"If you attempt to leave you will be subject to arrest."

Video showed a large number of officers in riot gear surrounding the group as they were told to sit down as they were all detained.

The department said the detention was "temporary", and theprotesters would be eventually be released one at a time.