Upper classes pretend they prefer football to hunting and opera… to avoid being labelled as snobs, new study finds

The rich and powerful no longer like to admit publicly that they enjoy hunting, shooting or opera, a study has found.

Instead they say they like pop music and football in an effort to persuade others that they lead ordinary and unsnobbish lives.

But these claims are often a pretence, the researchers said.

Elite figures from the traditional upper class or senior levels of business, the professions and Government say they enjoy the cinema, spending time with their families or the company of their pets as a public relations ploy, they said.

The analysis, by academics from Oxford University and the London School of Economics (LSE), was based on more than 120 years of entries in Who’s Who, the user’s guide to the wealthy and important, and records chosen by 1,000 guests on Desert Island Discs. 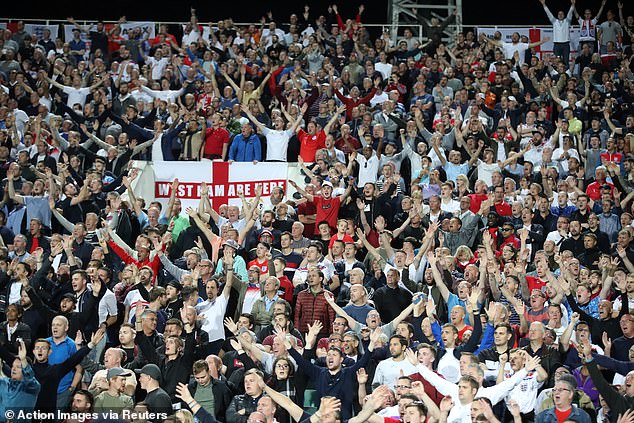 The rich and powerful no longer like to admit publicly that they enjoy hunting, shooting or opera, but prefer to say they like pop music and football. Pictured: England fans cheer on the national side in their Euro 2020 qualifier with Bulgaria

The report suggested that the way upmarket people profess downmarket tastes is connected to increasing inequality since the 1980s and an attempt by those at the top not to look too far removed from the bottom.

Dr Sam Friedman, of the LSE, said: ‘Put simply, as elites have pulled away economically, there is mounting evidence that they are increasingly insecure about their moral legitimacy and increasingly sensitive to public concern that they are snobbish, self-interested and out-of-touch.

‘How elites present their cultural lives in public has therefore become a key PR battle ground.’

The paper, published today in the American Sociological Review, said that at the end of the Victorian era people in Who’s Who would boast of their involvement in aristocratic pursuits such as hunting, shooting, horse riding, polo and sailing.

As the 20th century arrived, many at the top went highbrow to distinguish themselves from newly rich industrialists and businessmen who were buying country estates and assuming social status.

By the 1920s it was fashionable for the elite to list theatre, ballet, classical music, literature, opera and abstract art as their interests in Who’s Who, alongside hiking and outdoor exercise. 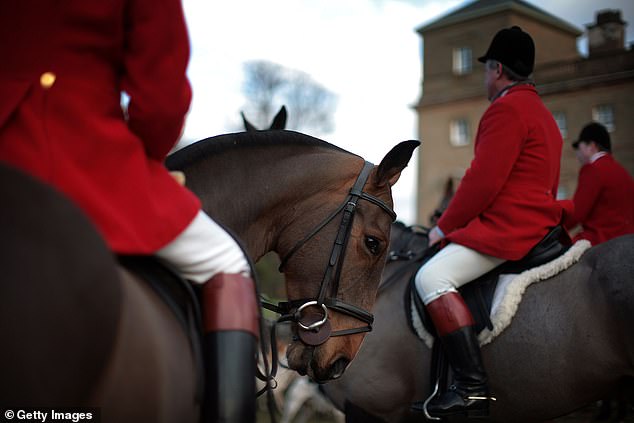 The analysis, by academics from Oxford University and the London School of Economics (LSE), was based on more than 120 years of entries in Who’s Who, the user’s guide to the wealthy and important, and records chosen by 1,000 guests on Desert Island Discs. Pictured: Hunting is traditionally seen as being for the wealthy

This began to fade in the 1950s alongside the decline of working-class deference to social superiors, and it gradually became routine for those in Who’s Who to claim a liking for football, cinema, and domestic life.

Pop music became a central feature of appearances on Desert Island Discs – but not just any sort.

Aaron Reeves, of Oxford University, said: ‘Like Who’s Who, what you play on Desert Island Discs matters. It constitutes an even more public performance of one’s cultural identity.’

The researchers looked at websites assessing regularly chosen performers and found the most critically acclaimed recordings were most likely to be selected.

But the study also found almost four out of ten of those currently in Who’s Who say they follow longstanding pursuits of the wealthy such as horse-riding and polo.