Diane Abbott’s diplomat son threatened her with scissors and attacked nine emergency workers when hooked on the drug crystal meth.

The terrified MP called police begging for help when James Abbott-Thompson began chasing her round her house with the scissors while claiming he had a gun in his dressing gown.

He bit one officer as he was sectioned under the Mental Health Act with drug-induced psychosis.

And he went on to carry out eight further attacks – beating up two nurses, a doctor, a therapist and four police officers. Three of his victims were female. 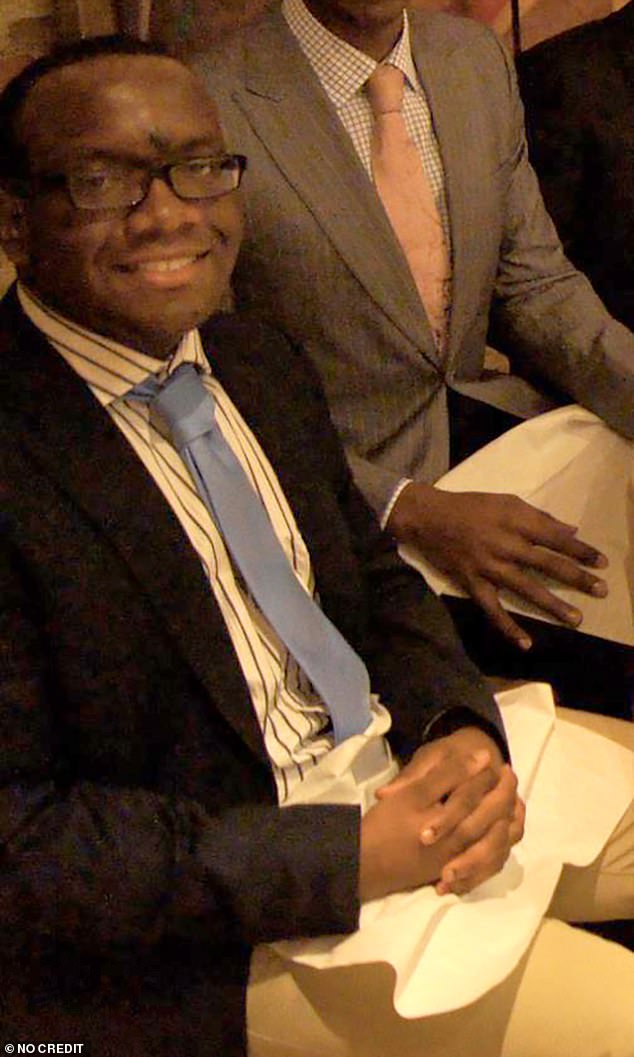 James Abbott-Thompson, pictured, pleaded guilty to 16 offences – including spitting and exposure – over a six-month period

Details of the shocking case can be revealed for the first time after Abbott-Thompson pleaded guilty to 16 offences – including spitting and exposure – over a six-month period.

The Cambridge University graduate, 28, was once tipped for the top in the Foreign Office.

But when stat-ioned in the British embassy in Rome, he is said to have become hooked on highly addictive stimulant crystal meth.

The allegations made by his mother were not part of the case as she did not pursue charges.

But on the day when police took Abbott-Thompson from the Labour MP’s home to nearby Homerton Hospital he attacked a second police officer and another man.

A few days later he beat up a doctor at Mile End Hospital, assaulted a female nurse at the Royal Free Hospital and hit out at another man.

He went on in October to expose himself at Homerton Hospital. And on November 7, he racially abused a nurse, assaulted her and smashed her glasses.

The next day he set upon another policeman. And on November 29 he assaulted two officers outside the Foreign Office, where he was employed until leaving that summer to do consultancy work.

Abbott-Thompson turned up unannounced and asked to see a member of staff he knew. 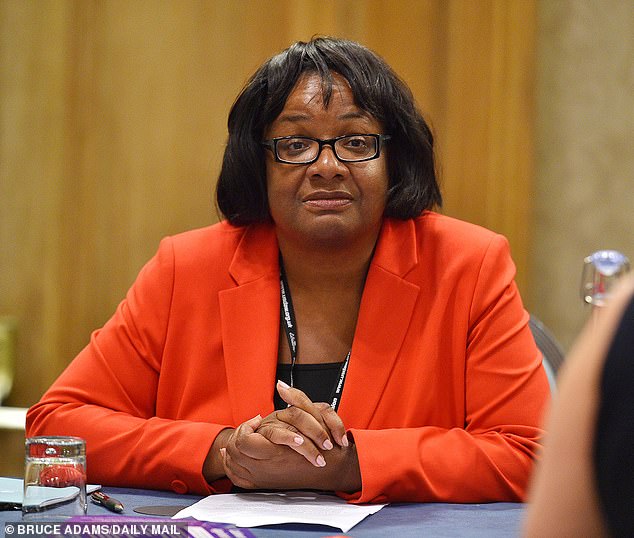 The terrified MP, pictured, called police begging for help when James Abbott-Thompson began chasing her round her house with the scissors while claiming he had a gun in his dressing gown

But when told they were not present, he flew into a rage with workers who called the police when he refused to leave.

Abbott-Thompson punched and spat in the face of one officer and tried to hit a second, biting his left thumb.

He also made a number of threats, wrecked a glass plaque and assaulted a third man.

The final attack was on December 23 when he hit a therapist in a hospital canteen with a tray.

Some of his attacks caused significant injuries – including one on a security guard who had to have six months off work after Abbott-Thompson claimed to be HIV positive.

He pleaded guilty in a remote hearing at London’s Wood Green Crown Court to carrying out 12 assaults as well as racially aggravated criminal damage, making threats and exposing himself.

Judge Aaronberg QC made an interim hospital order while psychiatric reports are prepared.

In an earlier hearing George Gross, defending, said his client could be suffering from a personality disorder or psychotic illness and that ‘drug use has contributed to the problem’.

Abbott-Thompson, whose Left-wing mother came under fierce criticism for sending her only child to the private City of London School, joined the Foreign Office in 2014.

He went on to help advise Britons living in Italy about their rights after Brexit.

He will be sentenced in July.