From a terraced home in Blackburn to self-made billionaires on the brink of buying Asda: Rags-to-riches story of petrol station pioneer brothers, 48 and 49, bidding to bring supermarket giant back under British control

The extraordinary rags to riches story of two billionaire brothers who turned a single petrol station in Bury into an empire of 5,900 branches can be revealed today as they emerged as favourites to buy Asda.

The brothers are now worth an estimated £3.56bn, including a £25m Kensington townhouse and a private jet that is kept in a hangar at Blackpool Airport alongside Donald Trump’s personal helicopter.

They are also building five identical mansions just three miles from the humble Blackburn two-up two-down where they were raised.

And in the latest stage of their inspiring story, they have now stunned the City by being named as the preferred bidders in the battle to buy Asda from Walmart for an expected £6.5bn and return it to British ownership. 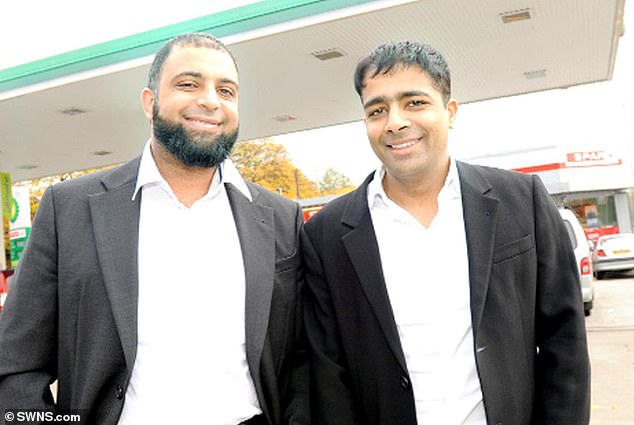 As the children of immigrants who moved to Blackburn from Gujurat, India, in the 1970s, Mohsin and Zuber Issa quickly learned the importance of hard work.

Their first experience of business was selling petrol from their parents’ filling station, where they would have their big idea that would revolutionise the industry and make their millions.

Petrol sales were in decline and fuel duty on the rise, cutting into already wafer-thin fuel margins and leading to hundreds of operators leaving the market.

At the time most garages – if they sold food at all – offered a measly selection of pre-packaged sandwiches, crisps, sweets and chocolate.

But the Issas realised fuel sales still had a purpose in creating a captive market at petrol stations, who could then be offered appetising food rather than the gruel offered elsewhere

The brothers struck franchise agreements with brands including Starbucks, Subway and KFC, before embarking on a buying spree to snap up sites that had previously become vacant.

They now own Europe’s largest forecourt operator, Euro Garages, which in 2019 reported revenues of more than £17.9bn.

The firm is now the largest Subway franchisee in Europe and earlier this year bought a group of 146 KFC stores.

Describing the secret of their success, Zuber told the Financial Times: ‘We wanted to create a destination where you could get fuel, food-to-go and shopping.

‘This is the formula and it works. We were fortunate that the big players were leaving the market just as we were growing.’ 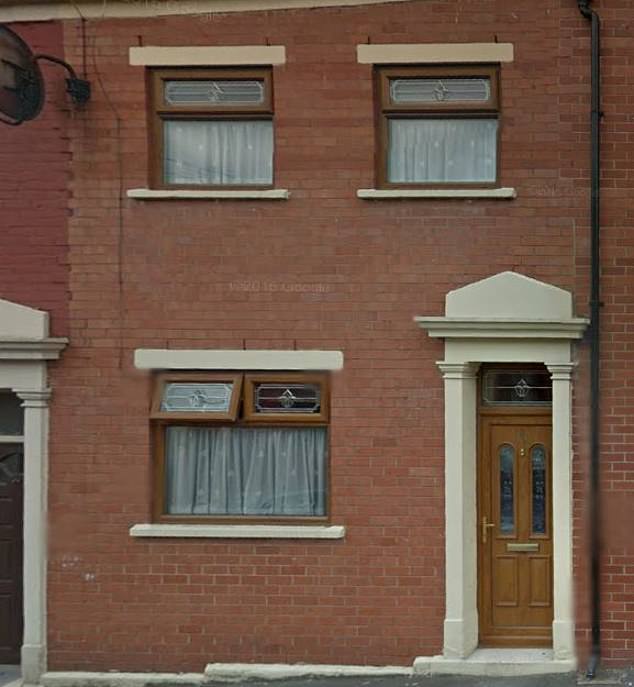 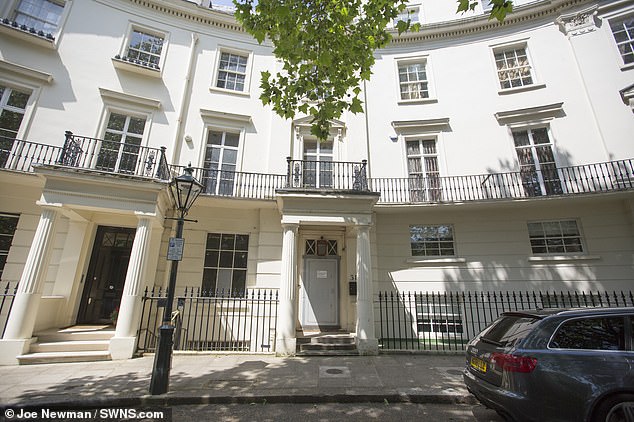 They are now worth an estimated £3.56bn, including a £25m Kensington townhouse (pictured) and a private jet that is kept in a hangar at Blackpool Airport alongside Donald Trump’s personal helicopter

TDR Capital – a London investment firm behind We Buy Any Car and David Lloyd gyms – bought a 50% stake in EG Group in 2015. The Issas retain the remaining 50%.

This prompted a debt-fuelled buying spree that saw the brothers buy thousands of new sites and expand into eight other countries around the world.

‘If they had only 20 sites, they would have felt they had done their job.’

As proud Lancastrians, the brothers have insisted on keeping EG Group’s headquarters in Blackburn, and recently unveiled a new £35m headquarters.

‘People are always asking when we will move to London or Manchester,’ Zuber told the FT.

‘But the quality of life here is great. A lot of people do a few years in London then come to the North West.

‘They want to raise a family and have less pressure. We have got a lot of fantastic people that way.’

Mohasin has a wife Shamim, and their son and a daughter both work for EG.

Both brothers rarely give interviews and have adopted a low-key public profile. 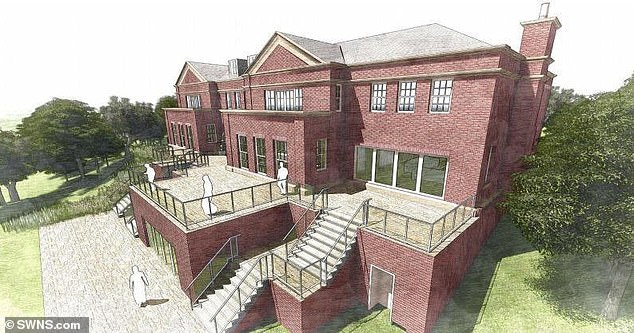 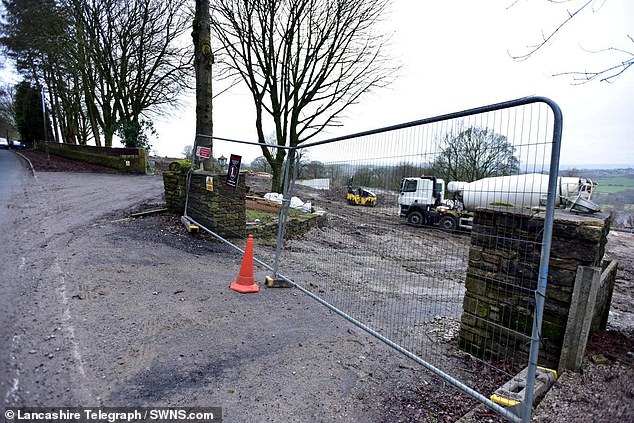 Plans for the large houses, which are located on a quiet rural road outside Blackburn where houses sell for up to £1 million, were lodged in April 2018. They are currently a building site

Despite the fierce opposition, which saw the council face 30 letters of complaint, eight old houses have now been demolished and builders have laid foundations for the five 5,000 sq ft mansions.

Plans for the large houses, which are located on a quiet rural road outside Blackburn where houses sell for up to £1 million, were lodged in April 2018.

They sparked an uproar, with the properties described as ‘not in fitting with the local area’ as the homes stand over 4.5 metres taller with 1,500 square metres of floor space.

But planning permission was granted and pictures taken earlier this year showed builders had already moved in.

In 2017, the pair purchased a £25million mansion in Knightsbridge, which estate agents said could be worth £80million when planned renovations are carried out according to estate agents.

Their Grade II listed Georgian house is also at the centre of a long-running planning row.

The previous owner began digging a basement and left a vast 30ft-deep crater the size of two tennis courts, described by horrified neighbours to ‘Hitler’s bunker’.

When finished the luxury 22,000 sq ft home will have a huge underground car park, a swimming pool, spa, and cinema. 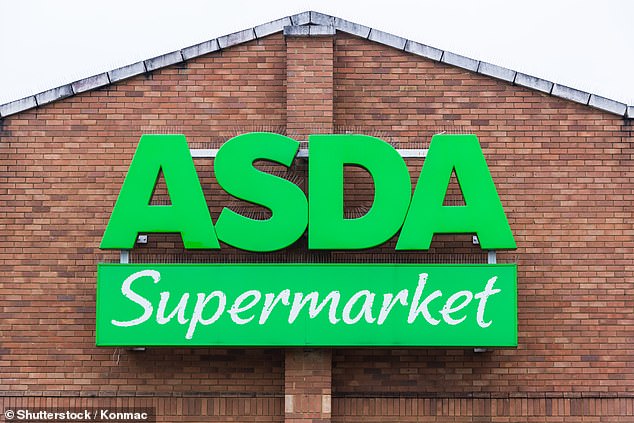 The brothers donate 2.5pc of their earnings to charity through the Issa Foundation, which funds hospitals and provides free breakfasts for children in Lancashire.

They emerged as favourites to buy Asda this weekend, with any deal expected to value the supermarket at around £6.5billion.

The decision confounded the City who believed owners, US grocer Walmart, was ready to sign a deal with Apollo Global Management, which was headed up by former Debenhams boss Rob Templeman.

It is thought Walmart was wooed by the Issas’ entrepreneurial flair and the potential to put Asda convenience stores in EG’s petrol stations.

Walmart is looking to sell most of its stake in Asda to focus on defending its position in the US against Amazon and pursue opportunities in higher growth markets, such as India.

The Issas are backed by private-equity firm TDR Capital, which has owned half of EG Group since 2016, and a series of lenders including Barclays and Lloyds.

Their selection as the preferred bidder for Asda was first reported by Sky News.