A racist Aldi customer was filmed screaming at a female worker’s face about ‘f***ing Eastern Europeans’ in a xenophobic rant caught on camera by a stunned shopper.

Kashif Darr arrived at his local shop in Cambridge last night where he witnessed the expletive laden tirade and recorded it.

The 43-year-old’s video shows the man shouting, as he said: ‘Everywhere I move there are f***ing Eastern Europeans,’ after making the bizarre claim that British people aren’t welcome in the store. 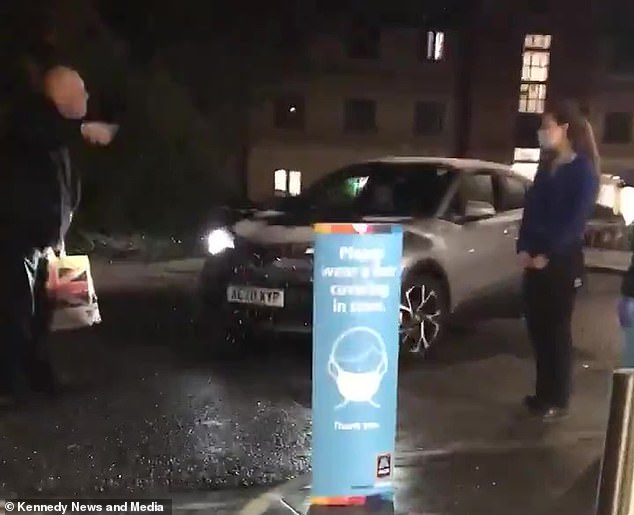 The shop worker calmly tells the man he’s barred from the shop, but the furious customer turns back around to continue his tirade.

Standing just inches away from the brave worker he declares ‘you’re from Eastern Europe’, and she proudly responds ‘yes, I am’.

During the rant the man could be seen waving his hand in the shop worker’s face, while not wearing a mask.

As he leaves the customer declares: ‘You can ban me from every Aldi in the f***ing world, the sooner this f***ing store is shut down and kicked out the f***ing UK the better.’ 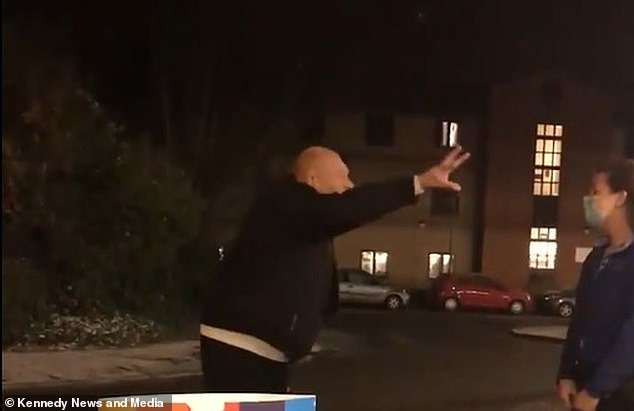 Kashiff Darr said he was left ‘sickened,’ by the rant as he filmed it outside the shop on Monday 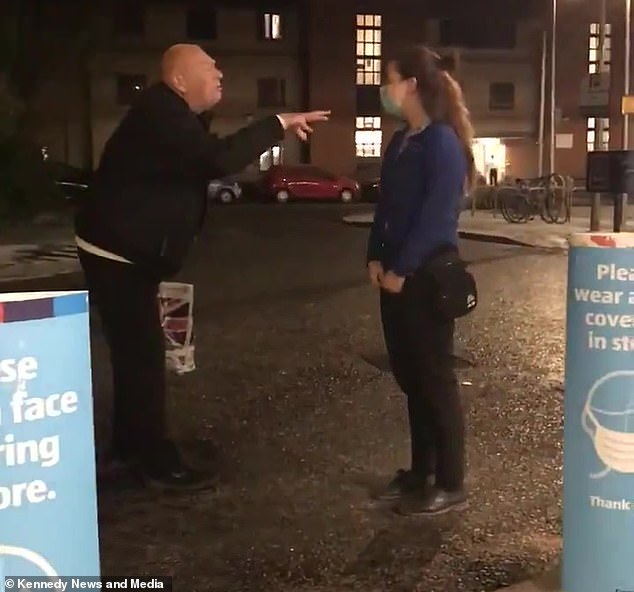 Footage showed the customer wave his hand in a shop workers face as she shouted at her, all while not wearing a mask in Cambridge last night 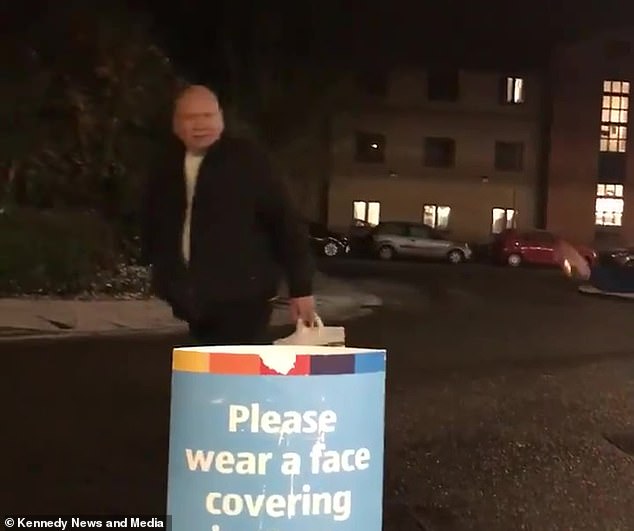 The customer claimed British people weren’t allowed in the shop, before shouting that he wanted Aldi to leave the UK. One eyewitness said the tirade was ‘unacceptable,’ and praised the patient and polite response from staff

The furious man then walks off when he’s told to back down by events manager Kashif, but he turns around again to yell ‘the sooner this store is kicked out of the UK, the better’.

Kashif, from Cambridge, Cambridgeshire, said: ‘When I got out of the car all I could hear was abuse, then I turned around and I could see this poor girl getting abused.

‘I’m an Asian man myself. I’ve experienced a bit myself in the past but to see it happen to someone else it sickened me. It was unacceptable.

‘He clearly wasn’t happy about whatever went on inside. It was shocking to see it happen about a five-minute walk from my house, but it’s shocking anyway.

‘The woman was really polite and it’s great credit to her, but staff shouldn’t have to be putting up with that. It really annoyed me and that’s why I posted it.’ 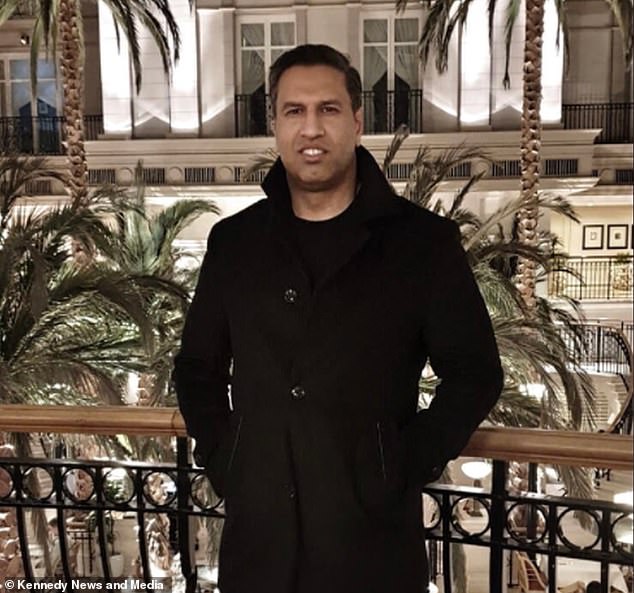 Mr Darr (pictured) says staff were shaking when he arrived at the shop at 8.45pm and were still visibly moved by the incident when he’d finished filming

Kashif says staff were shaking when he arrived at the shop at 8.45pm and were still visibly moved by the incident when he’d finished filming to enter the store and do some shopping.

The singleton says he’s since been contacted by police about the incident and passed over the footage to the brave shop worker.

A Cambridgeshire Police spokesperson said: ‘We have received reports of a man shouting abuse at a member of staff at the Aldi store in Histon Road, Cambridge yesterday, 8 February.

‘An investigation is underway. Anyone who witnessed the incident should contact us.’