‘He dreamt of being world king and almost achieved his ambition’: Rachel Johnson defends brother Boris in emotional reaction to his resignation

Rachel Johnson has defended her brother Boris in an emotional retelling of his time as Prime Minister while praising his ‘drive, intelligence and energy’ as he set to achieve his ‘childhood ambition’ of being ‘world king’.

The LBC presenter opened up about the PM who finally conceded he had run out of options after ministers and MPs’ forced Mr Johnson into announcing his resignation last Thursday.

She commended her brother for ‘steering the country through the Covid pandemic’ and ‘setting the west’s course’ after Russia invaded Ukraine while ‘conveying his own belief of what it is to be British’.

Her emotional reaction comes as the sprint to replace Mr Johnson as Tory leader – and consequently as PM – is getting under way in earnest this week.

Foreign Secretary Liz Truss joined the fight today with the race looking increasingly chaotic after 11 candidates – including ex-chancellor Rishi Sunak and Sajid Javid – declared, and Priti Patel seriously considering making it a dozen by throwing her hat into the ring.

Mrs Johnson, 56, described the ‘rise and fall’ of her brother who ‘almost achieved’ the ambition he has kept since he was two: to be ‘world king’. 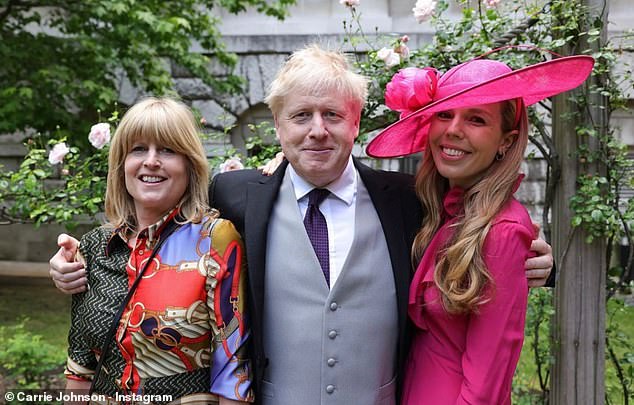 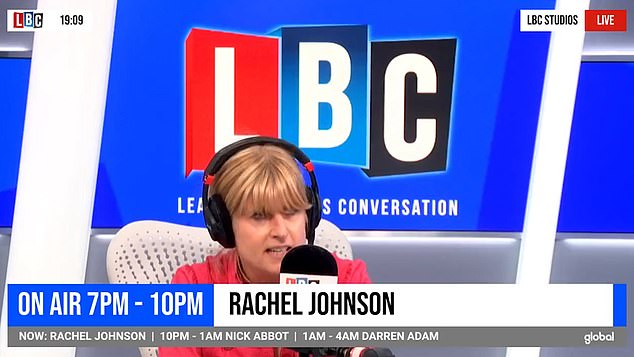 ‘Let me tell you a story as Rishi’s slick promotional video started, lets say the rise and fall of Boris in a way that a small child might understand.

‘Once upon a time there was a little boy who dreamt of becoming world king, he first said that when he was two, and actually almost achieved his ambition.

‘He wasn’t rich in wealth, his privilege was in his education, his intelligence, his drive, his energy, and he set about achieving his childhood ambitions, including writing a number one bestseller, which he did with his book: The Churchill Factor: How One Man Made History.

She referenced Partygate and how Mr Johnson celebrated his 56th birthday in June 2020 with a small gathering and a birthday cake in the cabinet room.

The journalist said ‘many of his friends and enemies didn’t think he should have had a birthday cake on his birthday in his own house, which was also his workplace.

‘Many of his frenemies didn’t think he should bid farewell to loyal colleagues in that workplace, that was also his house.’

Speaking on LBC, Mrs Johnson added: ‘He had many children and women, which he loved very much, he won the Tory’s a whopping 80 seat majority and a fourth general election victory. 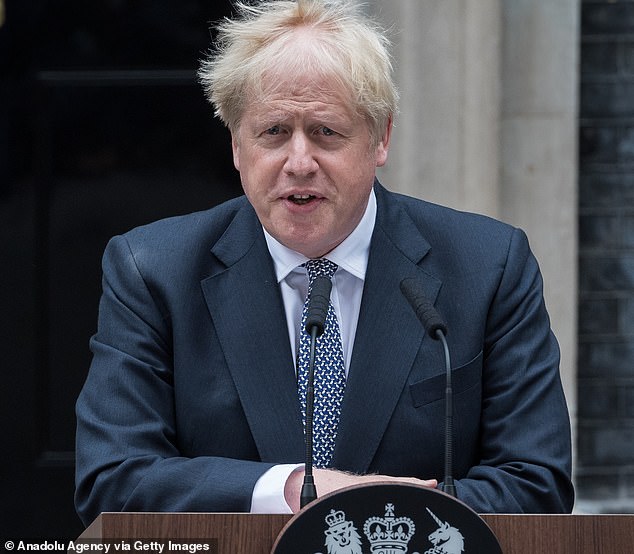 ‘Like it or not, many of those 14 million votes were cast as he was captain of the ship, he was Prime Minister during both COP26 last year in Glasgow and the G7 summit in Cornwall.

‘He steered the country through the pandemic and set the west’s course on the war in Ukraine and he also conveyed his own belief that to be born British or become British as we Johnson’s did in the early part of the last century, was to win first prize in the lottery of life.

‘Many of his frenemies and many others think he shouldn’t have given a bad boy called Chris Pincher a second chance in the whips office or even any chance – and they are entitled to those views as I am to mine.’

Mr Johnson resigned after more than 50 members of Parliament resigned from his government including several of his most loyal Cabinet ministers, and the newly appointed Chancellor Nadhim Zahawi who publicly called on Mr Johnson to go. 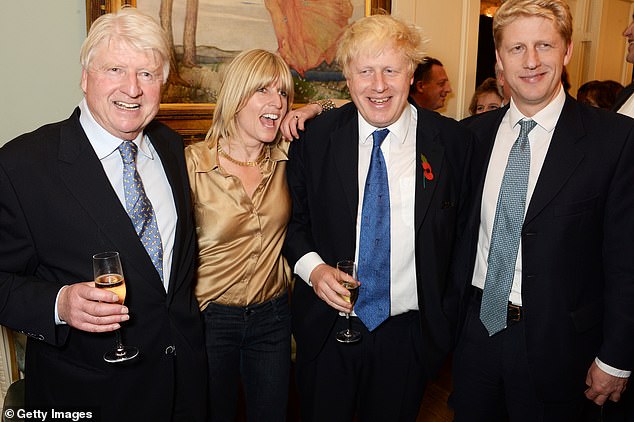 The presenter quipped: ‘Who knew we had so many ministers and trade envoys on payroll? What did they all do and how an earth did they get their jobs?’

She added: ‘They thought he was too big for his boots and it was all too much about Boris and again, they are entitled to their view.

‘I began to feel some former press secretaries and former cabinet ministers had Boris derangement syndrome – I don’t blame them, the last few years have all been about one politician.’

‘But whether that’s a fairytale or not – isn’t that how you’d explain it to your children?’