AN 'obnoxious' group of pub goers were branded "entitled little toddlers" by a furious pub owner in a response to a complaint.

The woman, known only as Jo, left a scathing review after visiting The Cowshed at Hucknall for her sister-in-law's 50th birthday, but she was not prepared for the reply from the owner. 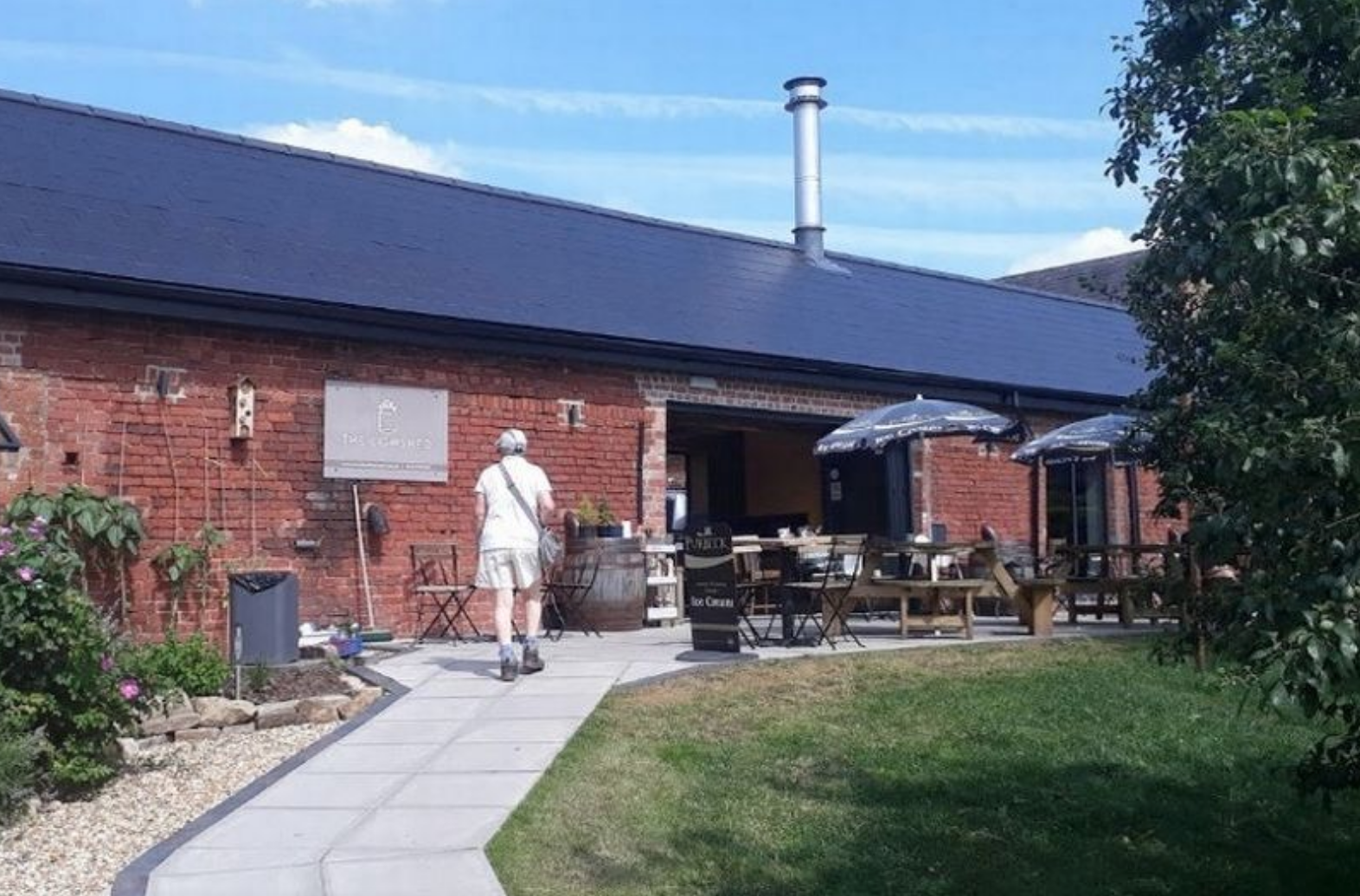 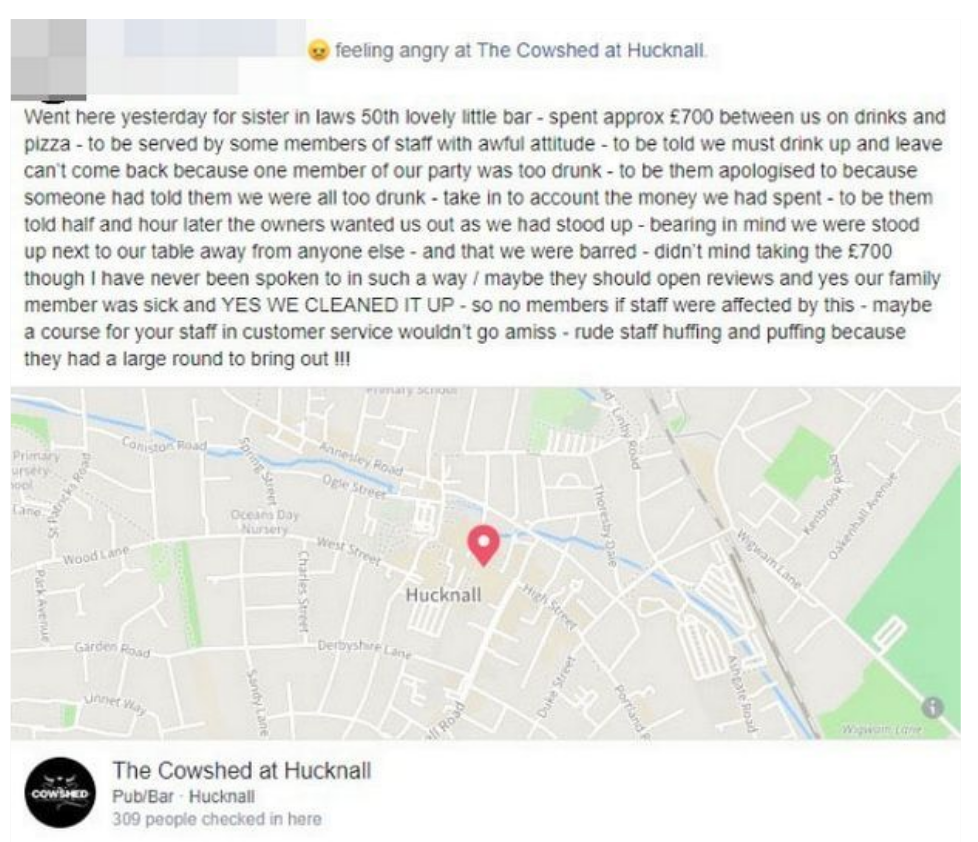 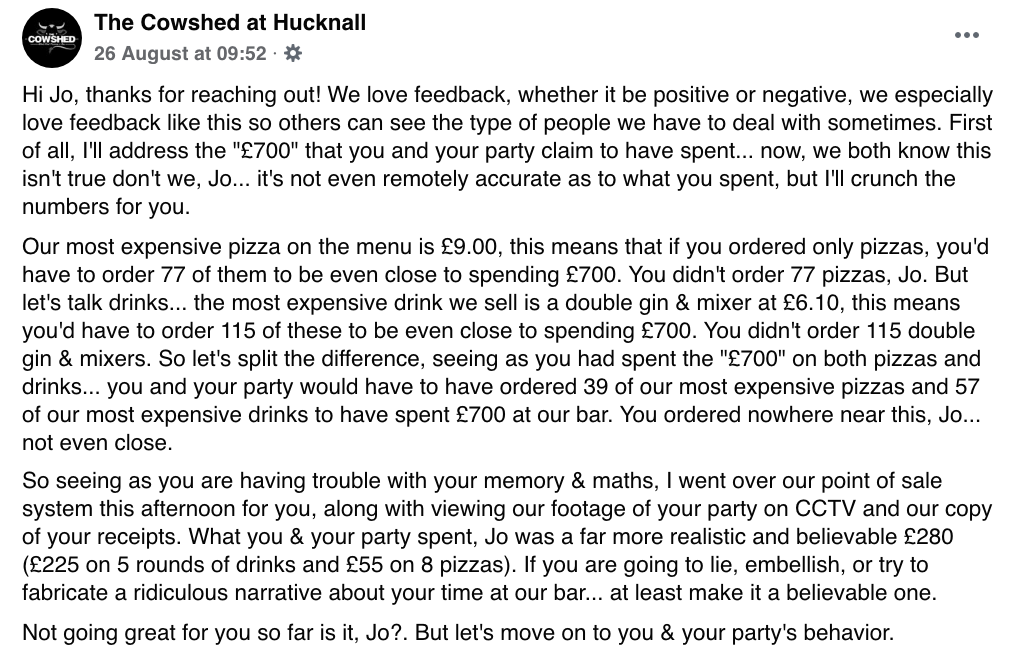 She claimed the party had spent approximately £700 on booze and food before they were asked to leave by "staff with awful attitude" for being too drunk.

But the Nottinghamshire restaurant hit back, accusing the family of reducing staff members to tears, being sick everywhere, damaging light fittings and smearing birthday cake over a table.

In the review, Jo wrote: "[They] didn't mind taking the £700 though, I have never been spoken to in such a way. Maybe they should be open to reviews and yes our family member was sick and YES WE CLEANED IT UP – so no members of staff were affected by this.

"Maybe a course for your staff in customer service wouldn't go amiss – rude staff huffing and puffing because they had a large round to bring out!"

My only regret was not kicking you out sooner

The Cowshed, which has a five star rating on TripAdvisor shared their version of events from the night on Facebook by saying: "Hi Jo, thanks for reaching out!

"We love feedback, whether it be positive or negative, we especially love feedback like this so others can see the type of people we have to deal with sometimes."

They began by addressing the amount of money Jo claimed the family had spent.

The Cowshed team wrote: "Our most expensive pizza on the menu is £9.00, this means that if you ordered only pizzas, you'd have to order 77 of them to be even close to spending £700. You didn't order 77 pizzas, Jo.

Laden with sarcasm, the owner went on to pull Jo up on her "memory and maths", claiming that staff went over receipts and CCTV – revealing that the group had actually spent £225.

In the blazing response, the author of the Facebook post held Jo accountable for the party's behaviour towards staff and fellow diners.

"With the ironic exception of the young adults that were in your group and one or two others, you all acted like belligerent, entitled little toddlers from the moment you walked through our gates.

"We allowed members of your party to bring in food from other venues to circumvent their food allergies. We cleaned up all the smashed pint glasses you broke and birthday cake you dropped and smeared all over our tables & benches, and tolerated the many loud family rows you were having with each other.

"Rather than treat our staff like human beings that are just trying to earn a wage, you decided to treat them like your own personal servants, clicking your fingers, shouting, swearing and barking your orders at them, to the point one was almost in tears and refused to deal with you any more.

"You were the loudest, most obnoxious group in the whole bar, just being a nuisance in general and other customers were starting to complain about you at this point. Then, for your party's grand finale, the gentleman in the blue shirt headed into our bar from outside and decided to vomit everywhere but the toilet.

"Our staff stepped into to help, but you demanded to "deal with the situation" and rather than clean up the mess, proceeded to smear it over an even wider area with our mop, whilst… once again, being loud, rude, sticking your hand in our staff's faces and shouting over anybody who was trying to communicate with you or help."

The restaurant explained that this is why they choose not to have the review comments turned on on their page – because it only gives one side of the story.

They also corrected Jo on her accusations that she was barred.

The post was closed with the Cowshed making it clear that there will be no more comments or responding on the thread to avoid keyboard warriors getting involved.

The pub was inundated with praise from Facebook followers for their brave and brutal response.

One person wrote" I really want to visit Cowshed now! Never heard of the place before and already have so much respect for the staff there!"

Another said: "Congratulations Cowshed, you have won the internet today!"

Somebody who works in hospitality wrote: "Coming from a hospitality background having worked in many pubs and restaurants reviews like this can be so damaging and most of time (no one is perfect) extremely untrue and made up!

"When people read reviews like this they believe that the customer is right." 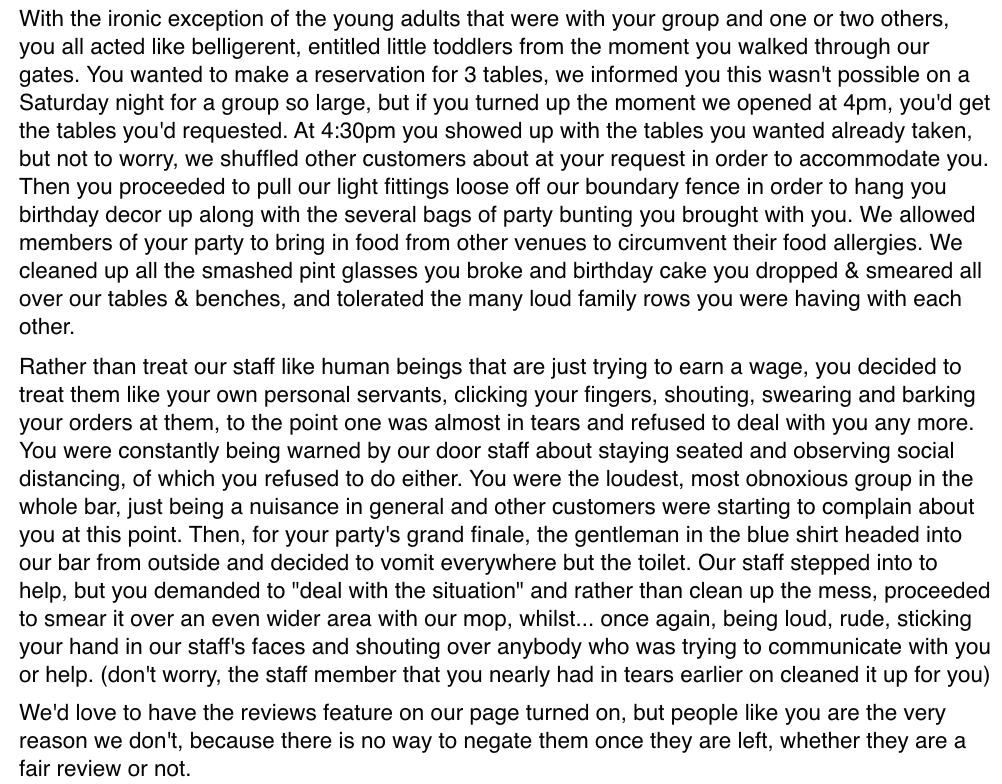 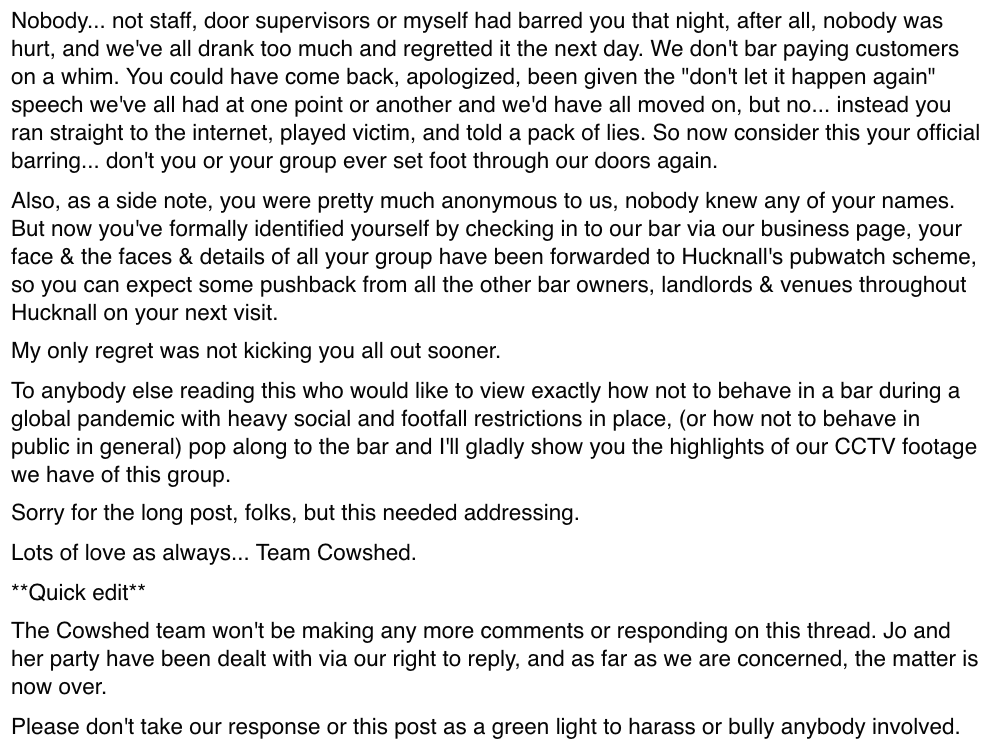