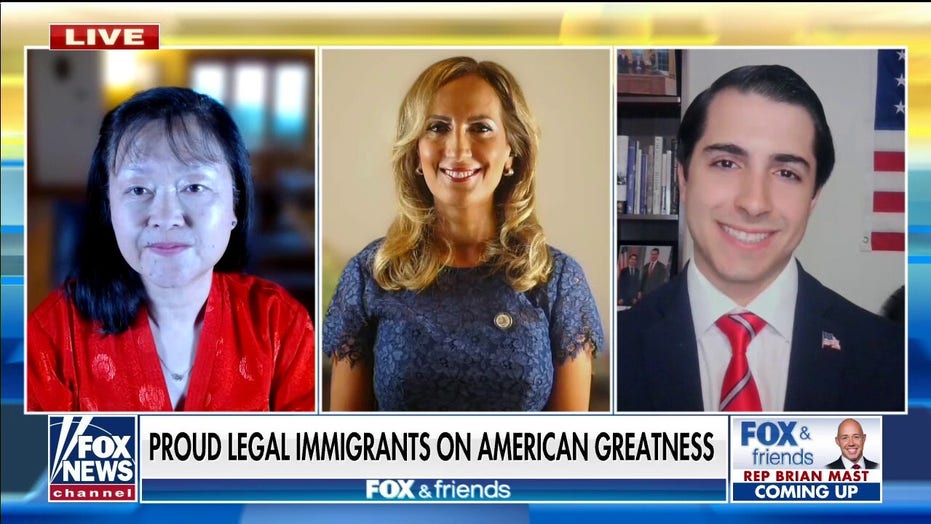 Panelists join ‘Fox and Friends Weekend’ to share why they are proud to be an American.

Students and other young people walking around the Georgetown area of Washington, D.C., struggled to say whether they were “proud” to be American ahead of 4th of July weekend.

Ophelie Jacobson, a reporter with Campus Reform — a conservative news site and higher-education watchdog — walked around Georgetown asking young people in the area whether they were proud to be American and whether the United States is the greatest country in the world.

“I feel sorry for those young students,” Lily Tang Williams, an American citizen who immigrated from China, told “Fox & Friends” on Saturday in response to the video. “They remind me of my past, living in communist China for 23 years, and I was indoctrinated to believe everything the government told me and that Chairman Mao [Zedong] told me.”

Williams added that “there are millions of people who would like to switch places with them.”

“I think a lot of things about this country are really embarrassing, just like…racist history, colonization, and even currently with what’s going on with the cops,” she says in the video.

Another woman echoed that sentiment, saying that “a lot of times, it’s just embarrassing” to be American because the country claims “to support everyone, but…we continue to support Israel, which [is] dislocating quite a few Palestinian people.”

Another said the U.S. economy “just cares about money” rather than people.

One said a “tiny European country that’s thriving” might be better than America while another said, “Europe,” and several interviewees said they would be willing to give up their U.S. citizenship.

Some of the interviewees also said their college educations influenced how they view the United States.

“I’m from Georgia, and I never would have learned had I not taken those classes, just about the way the justice system works and zoning laws and I think college really opened my eyes to a lot of these things,” one of the women in the video, who told Jacobson she went to American University in D.C., said.

The United States turns 245 years old on Sunday when Americans will celebrate U.S. independence on July 4.