Athens: A well-known Greek stage actor and director has been arrested on rape charges, police say.

Dimitris Lignadis, 56, turned himself in on Saturday afternoon, Greece time, at Athens police headquarters, Greek Police spokesman Theodoros Chronopoulos said. Lignadis, 56, was being held pending an appearance before a magistrate. 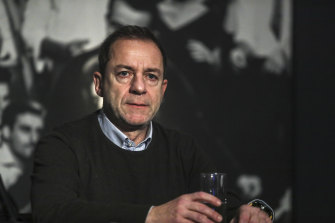 According to media reports, at least three people have made allegations against Lignadis, including a 25-year-old man who accused him of having raped him in 2010.

Lignadis has denied the accusations.

Rumours of his alleged sexual misconduct swelled in recent weeks, leading to Lignadis’ resignation two weeks ago as artistic director of Greece’s National Theatre, a post he had held since 2019.

Revelations earlier this year by an Olympic gold medalist that she had been raped by a sailing federation official back in 1998 have sparked a #MeToo movement reckoning in Greece.

People have come forward to accuse well-known figures in the entertainment of sexual harassment, assault and rape. Well-known actors and directors have come under fire, but Lignadis is the first to be arrested.

The case has taken on political dimensions. The political opposition accused the Greek government of failing to follow up on complaints, while the culture minister responded on Friday by accusing Lignadis of being a “dangerous man” who had “deceived” her with his acting ability.