A burglar has been jailed after being intercepted on a Romanian motorway while attempting to make off with a host of stolen goods, picked up across southern England.

A vast collection of goods were found in the packed car, including silverware, jewellery and priceless war medals.

Claudiu Popa, 23, operated within a professional criminal network of thieves who specifically targeted homes in Britain and plotted break-in operations. 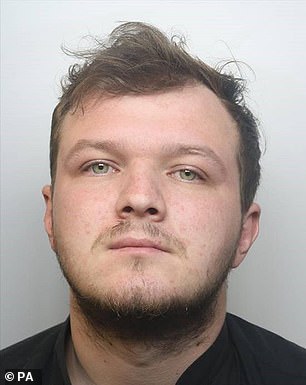 Claudiu Popa, 23, was jailed for three years and ten months at Taunton Crown Court after admitting conspiracy to commit burglaries

Popa was initially stopped for a traffic offence in Romania on February 3, with police officers then going on to discover a haul of silverware, medals and jewellery in the back of his vehicle.

He fled the country after being released on bail but police filed an intelligence report to officers in the UK, who were investigating a series of burglaries.

DNA evidence linked the UK offences to Popa, who was arrested after being tracked to a hotel in Scotland where he had been working.

Avon and Somerset Police said Popa was jailed for three years and 10 months at Taunton Crown Court on Friday, after admitting conspiracy to commit burglaries.

The charges related to offences committed in Tickenham, Nailsea, Dyrham, Chilton Polden, Wedmore and Glastonbury between January 20 and 28 this year.

Pc Mark Pollock said: ‘Popa was one of a professional gang of burglars who carried out a series of offences in our force area.

‘They would smash windows at the homes they were targeting and steal silverware, jewellery, and in some cases war medals.

‘The crime group would courier the stolen property out of the country and into mainland Europe. 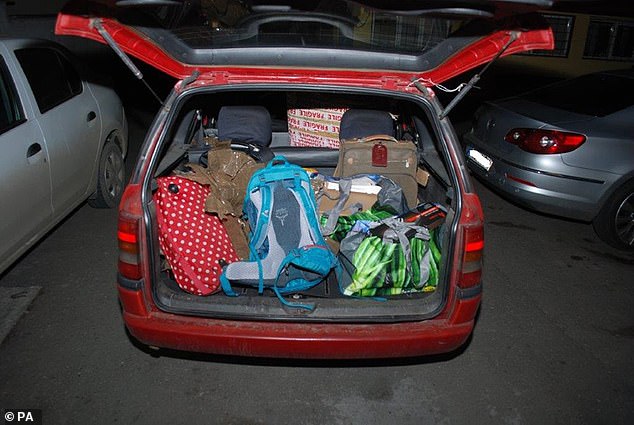 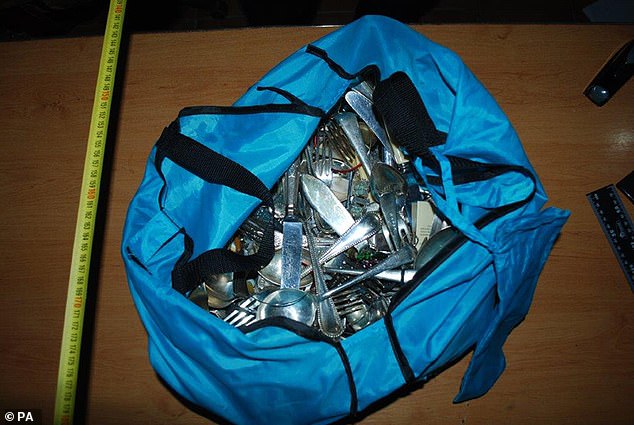 ‘We recovered DNA evidence at some of our burglary scenes and this evidence directly led to the arrest of Claudiu Popa in Scotland, where he was working at a hotel after fleeing Romania.

‘In interview, Popa admitted his involvement in multiple burglary offences and said items found in his car had been stolen from homes within our force area.

‘We’re now in the process of working with officers in Romania to obtain photographs of all the recovered items and reunite as many as we can with their rightful owners, but this is going to be a complex and painstaking process.’

Pc Pollock said there are other suspects linked to the case – two have been arrested for other offences in Switzerland and one is believed to be at large in Romania.

He thanked the National Crime Agency, Interpol, Police Scotland and the Metropolitan Police for their help in the investigation.

‘Criminals don’t respect borders and in this case it’s needed a Europe-wide effort to bring this offender to justice,’ he said. 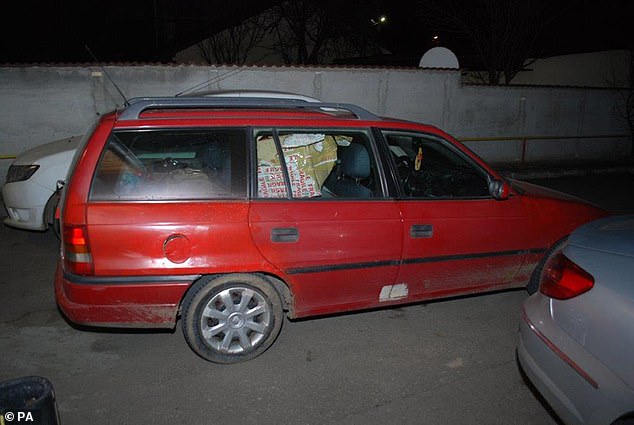 The medals recovered from Popa’s vehicle are believed to belong to 86-year-old Roy Bowden, who in January spoke of his heartache after realising his priceless family heirlooms had been taken.

‘I’m gutted really. I was planning on passing down the medals down to my children and grandchildren,’ Mr Bowden told BristolLive in January.

‘My aunt’s passed down these medals to me and I really wanted to pass them on to my own children and grandchildren.’

The valuables stolen from retired Royal Mail worker Mr Bowden included medals received by two of his relatives including his great-great-uncle and grandfather.

Speaking today, Mr Bowden thanked the efforts of police and said: ‘I had resigned myself to never seeing my war medals again.

‘It might be a bit of a waiting game to get them all back but hopefully the war medals will be returned to me in good time.’