Prison officer, 38, who had an affair with an inmate at HMP Norwich is spared jail after judge rules her ‘lack of training’ was partly to blame 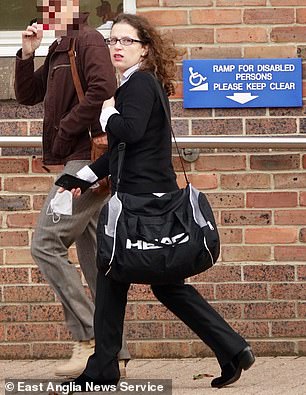 Catia Rocha, 38, admitted falling in love with inmate Danny Barber and starting a relationship with him just five months after becoming an officer

A prison officer who had an affair with an inmate was spared an immediate jail sentence today after a judge ruled her ‘lack of training’ was partly to blame.

Catia Rocha, 38, admitted falling in love with inmate Danny Barber and starting a relationship with him just five months after becoming an officer.

The couple’s affair at HMP Norwich was exposed when another prisoner who had passed letters between them reported Rocha to the prison governor.

She denied having full sex with Barber but admitted they had kissed and cuddled in the prison on two occasions.

Norwich Crown Court heard how she had also hidden love letters from him in her bra and had sent him a parcel of clothing.

Rocha, of Norwich, was vulnerable at the time as she had only come out of an eight year abusive relationship in 2017.

She said she knew the relationship with a prisoner was wrong but claimed she had only been given one training session on the issue.

Rocha said she had just three months initial training after getting her ‘dream’ job as a prison officer and was then mentored for just two weeks before working alone.

The court heard how the officer who was showing her the ropes on C wing at HMP Norwich had only nine months experience.

Rocha was given a six-month jail sentence suspended for 18 months after she admitted misconduct in a public office by having the relationship between November 15 last year and January 20.

Judge Stephen Holt told her he would have jailed her immediately if she had pleaded not guilty and been convicted.

But he gave her a suspended sentence after hearing how she had got herself a new job working nights to support herself and her 17-year-old daughter.

Judge Holt told her: ‘You were very vulnerable and your lack of training emphasised that vulnerability. 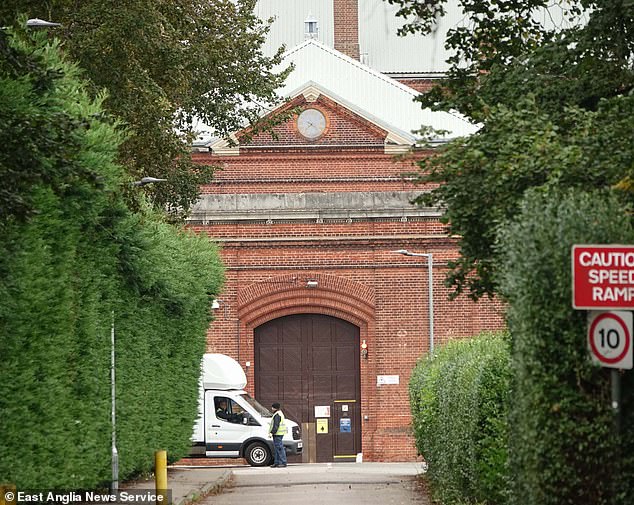 ‘It’s quite apparent to me that the lack of training has played an important part in the offence being committed.’

The judge added: ‘It’s the resources that are just not there. It’s not your fault that you didn’t have sufficient training.

‘Once the resources are there, then this sort of offending will diminish. That is where the heart of the problem arises.’

Prosecutor Lynne Shirley said Barber had persuaded another inmate Paul Smith to hide letters he had received from Rocha in his cell.

But Smith later wrote a letter to the governor of the 769-inmate prison, saying he was concerned about the relationship between the pair.

He admitted he had passed letters from Barber to Rocha and she had put them inside her bra.

Smith claimed Rocha had been ‘very approachable and amenable to prisoners and got on well with them’.

But Miss Shirley added: ‘He thought it odd that she was suggestive and made innuendoes and jokes.’

Rocha was quizzed by the prison’s security manager and admitted falling in love with Barber in November.

She told police he had written her 36 letters while he was working as an induction orderly helping new inmates settle on the wing and she had written letters back.

Rocha also admitted receiving phone calls from him when she was on duty and being in touch eight times with his mother.

She denied bringing any banned items such as drugs or phones into the prison, but she admitted sending him a parcel of clothing by pretending it was from his mother.

Barber also arranged for someone outside the prison to give her a heart shaped necklace from him and gave her a silver chain necklace in prison for ‘safekeeping’.

Miss Shirley added: ‘She agreed she had breached various conditions and terms and was apologetic and regretful.

‘They never had intercourse, but kissed and cuddled. It was in the office or on the landing. She regretted what she had done and did not think it would lead to her arrest.

‘She said she had been stupid and fallen in love with him and that when he was released they thought they would give it a go.

‘She had been in an abusive relationship until 2017 and did not feel supported by the prison.

‘In the letters, she is expressing her feelings towards him and says she loves him and discusses things of an intimate nature.

‘In one letter she said she looked forward to kissing him again and said, ”You are such a good kisser”.

‘There was reference to him touching her and how it made her feel. She also said they needed to keep things under control.’

John Morgans, defending, said the relationship happened when Rocha ‘found herself at her lowest ebb’.

He added: ‘Of course it was wrong, but she was very new in the job, and was suffering at home and work. Her mental health was failing at the time and she fell in love.

‘It was not an extensive training programme. The person mentoring her on the wing only had nine months experience.

‘The lack of support really took its toll on her and she didn’t have the support from colleagues.

‘She was out of her depth in a job she always dreamed of doing, but it turned into a nightmare for her.’