The 62-year-old, who had a five-year affair with the People's Princess while she was married to Prince Charles, is tending to the grounds at his mum's block of flats. 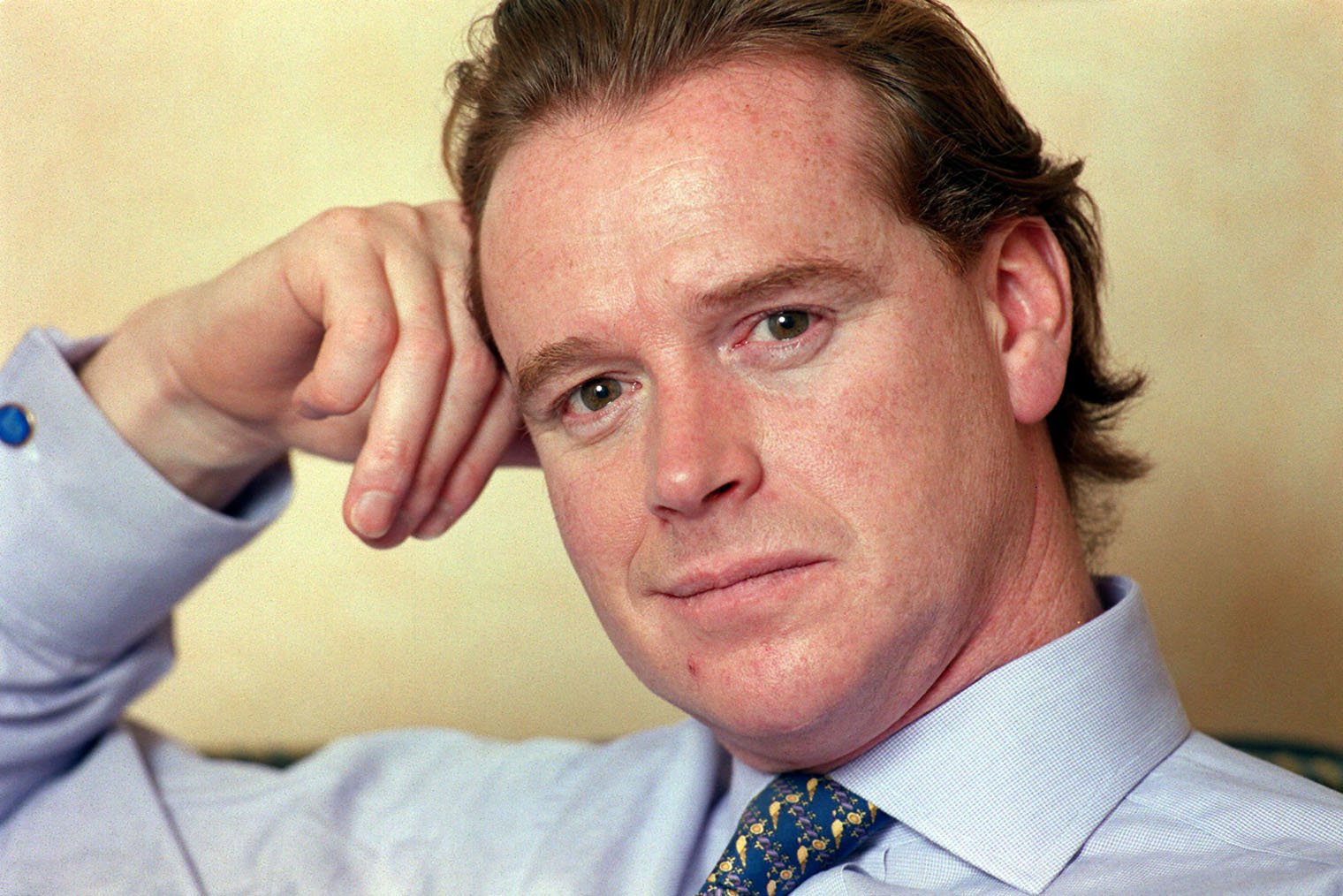 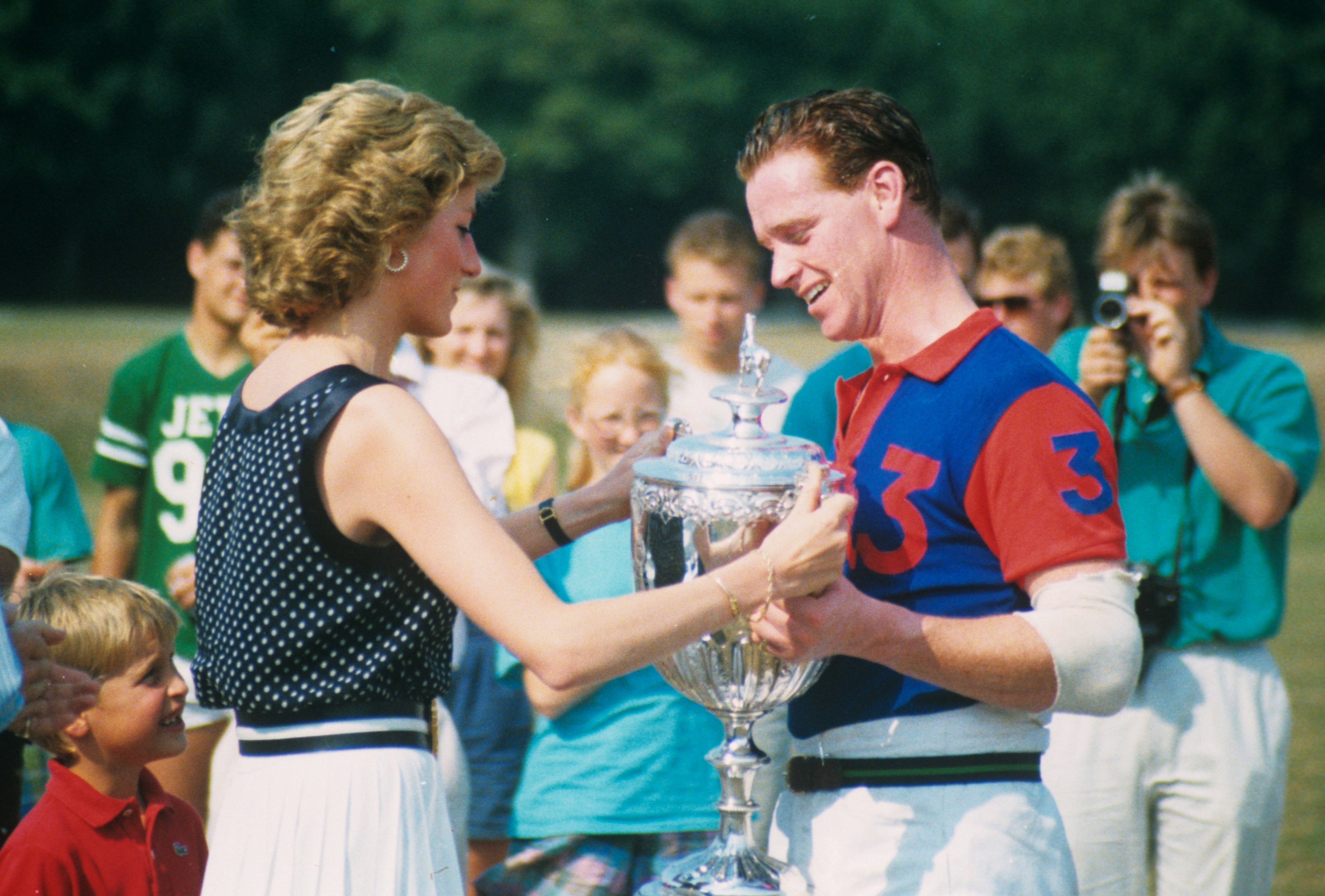 Hewitt was pictured this week driving a lawnmower and raking leaves on the Devon estate, MailOnline reports.

The ex-military man looked at home on the job, wearing khaki trousers, a flat cap and black boots.

But residents of the 17th century manor house have said he may not be up to the job.

One claimed he mangled an century-old Yew tree in an attempt to "make it look regal and shape it like a wine glass".

Pauline and Barry Presswell, who have lived in the building in Farringdon, near Exeter, for three years, say they fell out with him over the mess he made of the tree.

Mr Presswell, 76, told the Mail : "He made a dog's dinner of a beautiful 100-year-old yew tree which we can see from our window and used to love."

Mrs Presswell, 71, said the tree had been reduced from 18ft to 10ft and now "it looks like an octopus".

She said Hewitt hired a tree surgeon to help with the job, adding: "I went down to try and stop them and even said I would stay there until they stopped. But I was too late.

"It is ruined. Hewitt did say sorry and that there had been a mistake, but we are extremely upset about this.

"Now we can see right through to the road where before it was a lovely view of the tree.

"We have had a few angry words with him which went both ways.

"He can use four letter words when he wants to and my husband called him a b***ard. We no longer speak to him." 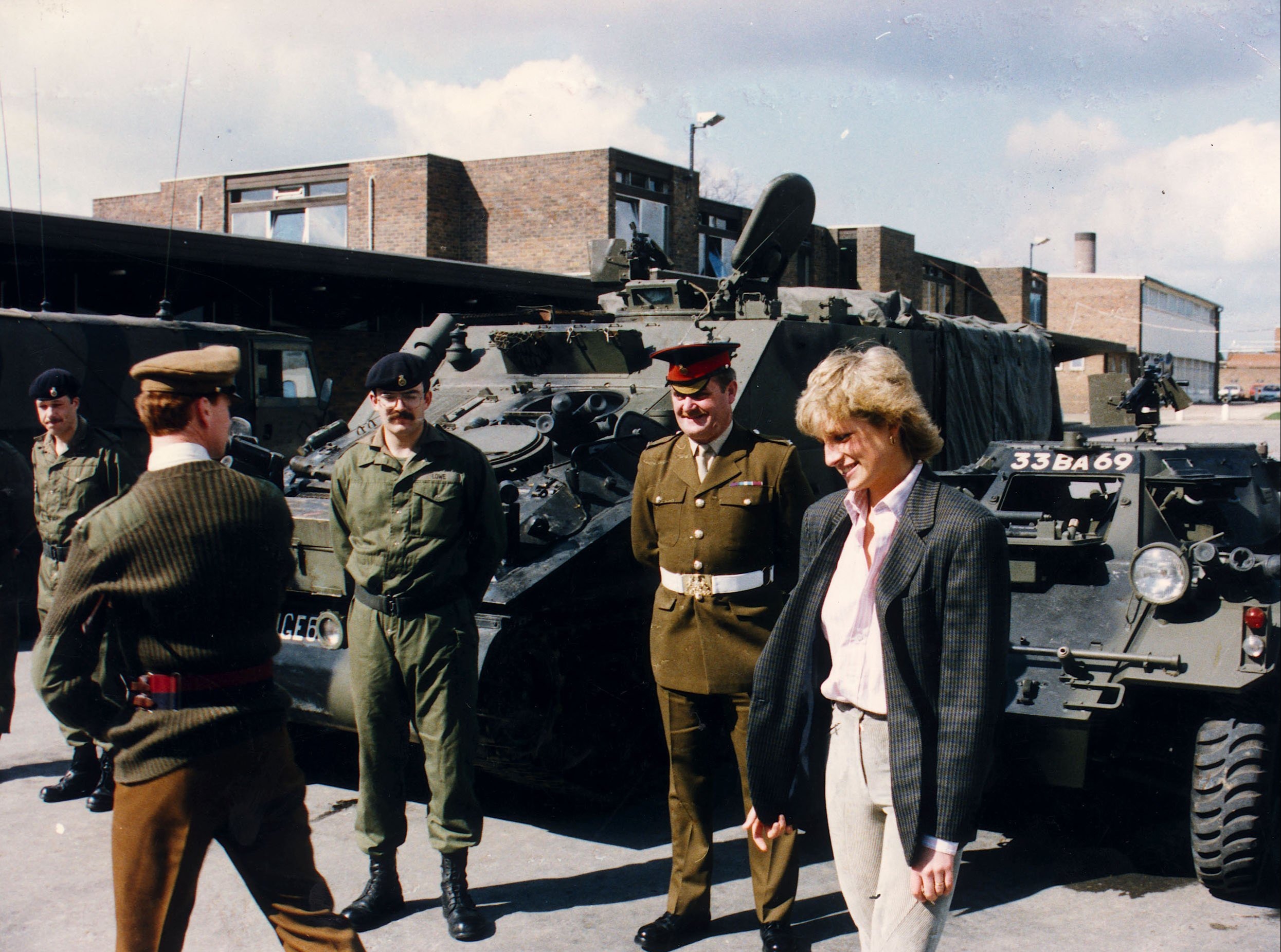 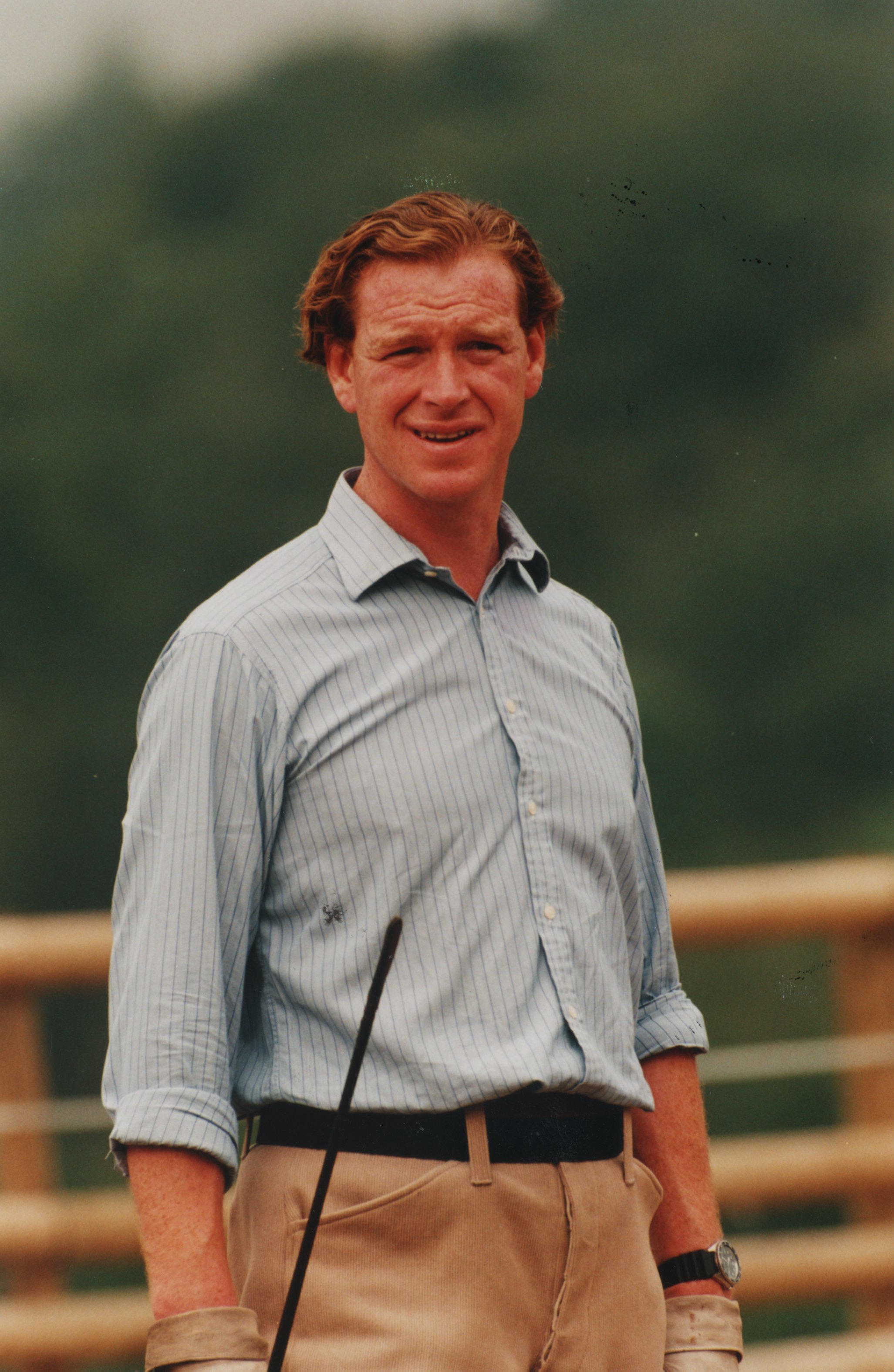 Another resident, who asked not to be named, said: "He acts as if the garden is his own.

"He has upset us by cutting back that tree without consultation. It was beautiful before, but it looks unloved after what he had done to it."

Hewitt is a former household cavalry officer in the British Army.

Princess Diana confessed she'd had an affair with him in a BBC Panorama programme in 1995.

She said their relationship was "more than friendship" and confessed that she loved him.

But she also revealed that a book published a book in 1994 disclosing their affair was largely "fantasy" and she was devastated that she had trusted him.

The affair happened at the time Prince Charles was widely reported to have been cheating on Diana with his current wife, Camilla Parker-Bowles.

But the pair were forced apart when Hewitt was deployed to serve in the Gulf War, before splitting permanently when their infidelity was exposed in the media.

Hewitt has been accused of attempting to sell private letters between him and Diana, but no sale has ever been revealed. 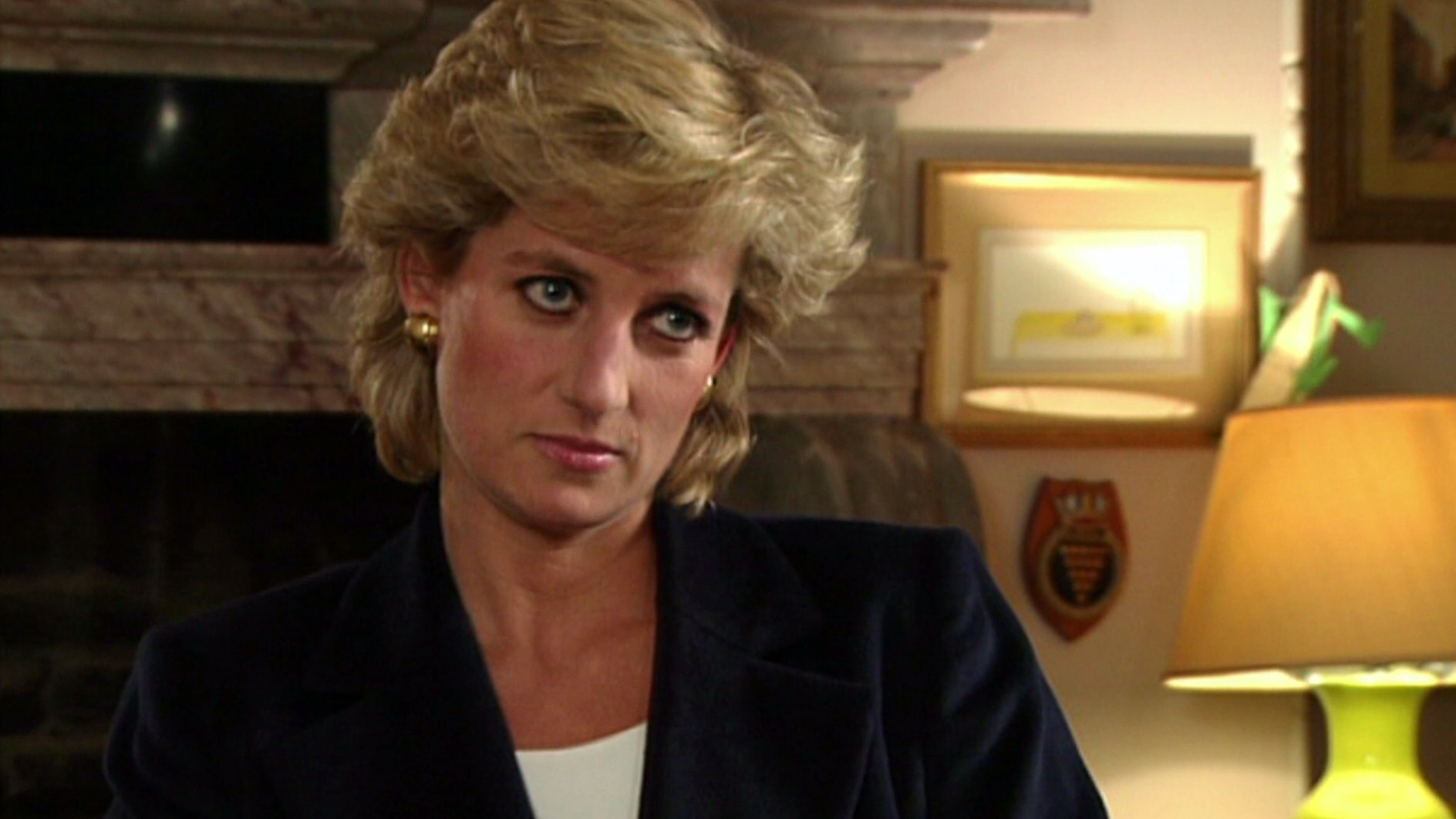 In 2006, he appeared on a celebrity spin-off of the X Factor as part of a duo with Dutch glamour model Rebecca Loos.

And in 2009, Hewitt set up trendy bar The Polo House in Marbella, Spain, which subsequently closed in 2013.

He then moved back to the West Country to be closer to his mother, who owns a £350,000 two-bedroom flat.

It is the home he now shares with her, and where he tends the six-acre grounds.

Hewitt is paid £15 a day, plus two additional payments of £250 every six weeks to tend to a neighbouring plot.

His salary is funded by the residents' association at Farringdon House.

A representative for Hewitt told The Sun Online that "he loves gardening" and is doing the job as part of his recovery from heart surgery as it is "therapeutic".

They also said: "Why would he not want to do the gardening in the place he is living?"