The Duke of Cambridge has said the UK will ‘never have a better chance’ to ‘crack’ the problem of homelessness thanks to the opportunity provided by Covid-19.

William’s comments were made during a visit to a drop-in day centre for Peterborough’s homeless community and he called on society to be a ‘bit brave and a bit bold’ and seize the chance to rehouse people permanently.

In a lighter moment William jokingly confessed to eating jellied eels when hungover – after he was teased about apparently losing weight. 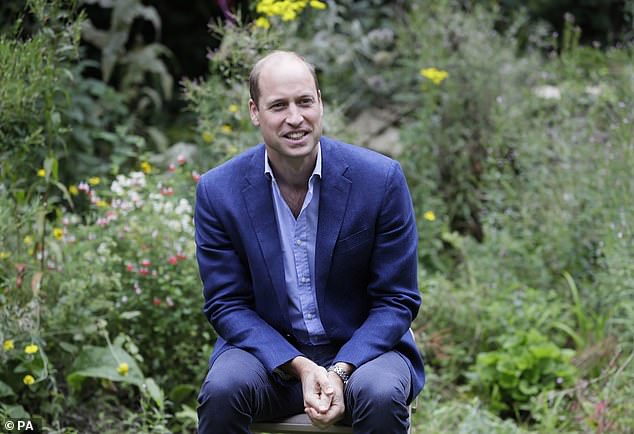 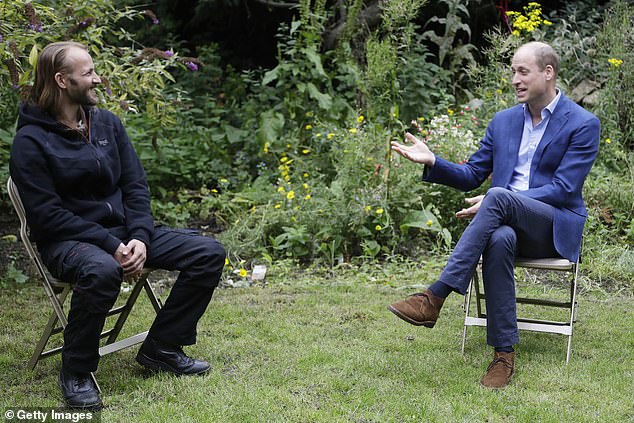 While speaking to former rough sleepers, and service user Robert Farrand (left), the Duke of Cambridge said there will ‘never be a better chance’ to crack’ the problem of homelessness 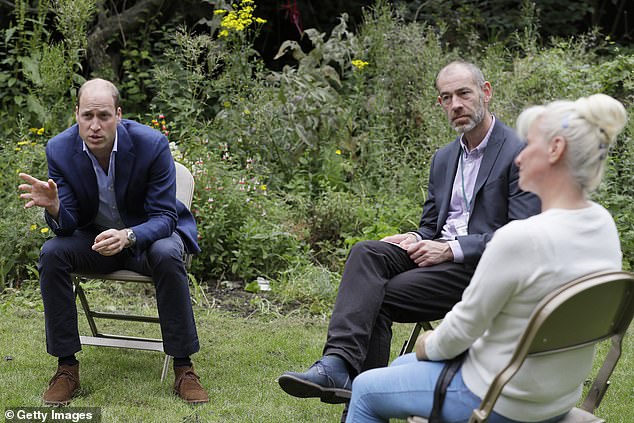 Talking at the event, William called on society to be ‘a bit brave and a bit bold’. Pictured speaking with service user Regina Paskovskaja, right, and Steven Pettican, Chief Executive of Light Project Peterborough

The duke has a long-standing interest in raising awareness about homelessness, instilled in him by his mother Diana, Princess of Wales who took her son and his brother the Duke of Sussex to meet rough sleepers from an early age.

In 2005 he followed in her footsteps becoming patron of Centrepoint, his first patronage, and last year became formally involved with another charity helping rough sleepers when he was named royal patron of The Passage.

‘You’ll never have a better chance nationally to crack homelessness and do something properly.’ 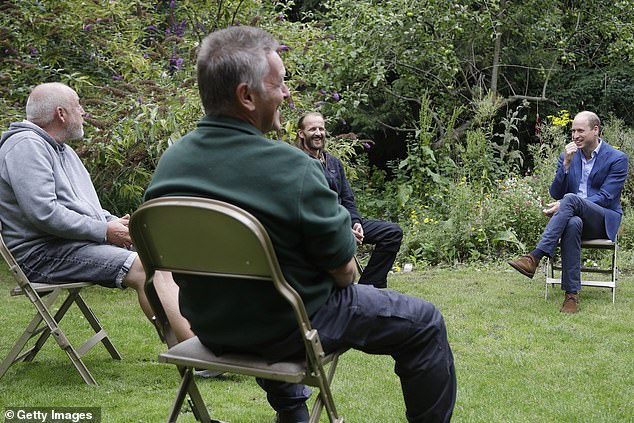 During the visit, the royal confessed to the group that he eats jellied eels when hungover. Pictured with service users Gary Grifiths, left, Robert Smale, foreground, and Robert Farrand 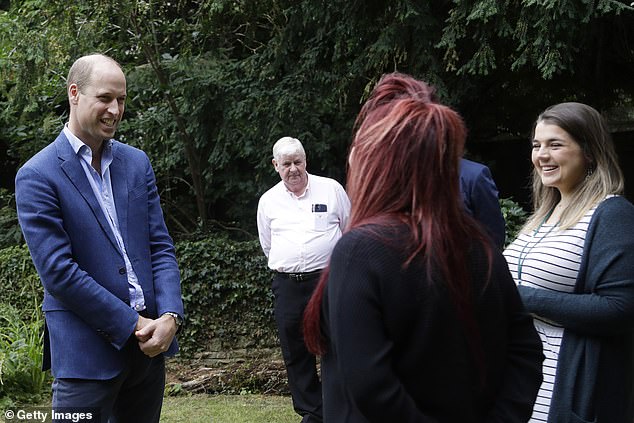 The Duke, who has been working with homelessness charities for several years, said he believes there has never been a better chance to solve homelessness 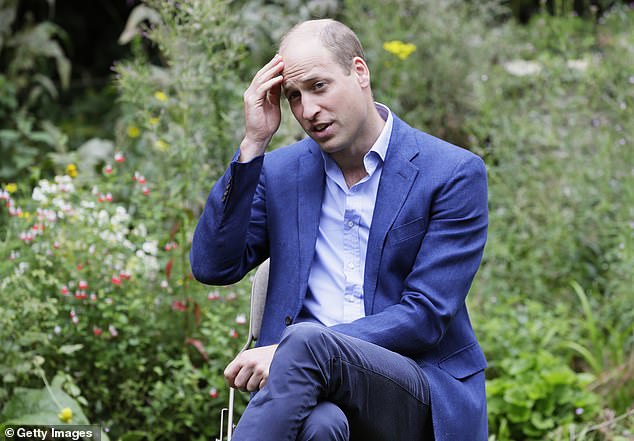 Prince William, Duke of Cambridge, spoke with service users during a visit to the Garden House part of the Light Project in Peterborough

As the Covid-19 virus spread, the Government launched the unprecedented Everyone In campaign in March, helped by local councils, so thousands of rough sleepers and users of communal night shelters had a roof over their head and somewhere they could self-isolate if necessary.

Peterborough City Council, supported by a range of local businesses and the faith and voluntary sector, including Light Project Peterborough, housed 130 rough sleepers after being contacted by the Government.

Towards the end of June the Government committed more money to stop thousands of homeless people returning to the streets after charities had warned they could be evicted from hotels without further funds.

Rough sleepers and those at risk of becoming homeless are being helped to secure their own tenancies through £105 million, £85 million of which is new funding, the Ministry of Housing, Communities and Local Government has said.

William also met members of Peterborough’s Safer off the Streets partnership, a group of voluntary, faith, community and public organisations – including the charity Light Project Peterborough which runs the day centre the duke visited – working together to tackle homelessness.

He told them he had heard New York was buying up hotels to use as permanent accommodation for rough sleepers, as they expected demand from tourists to be flat for some time. 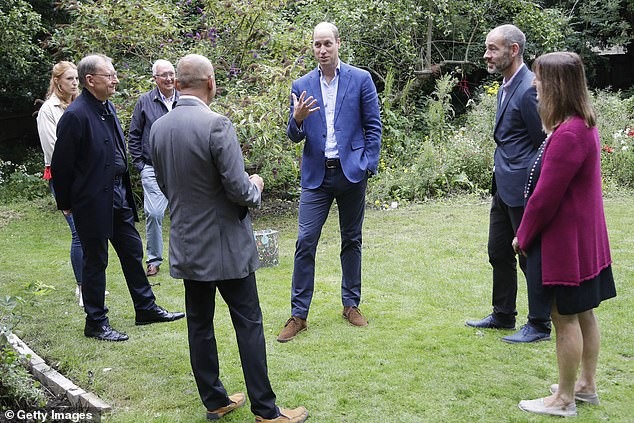 The Garden House offers information, advice and support to the rough sleepers in the city 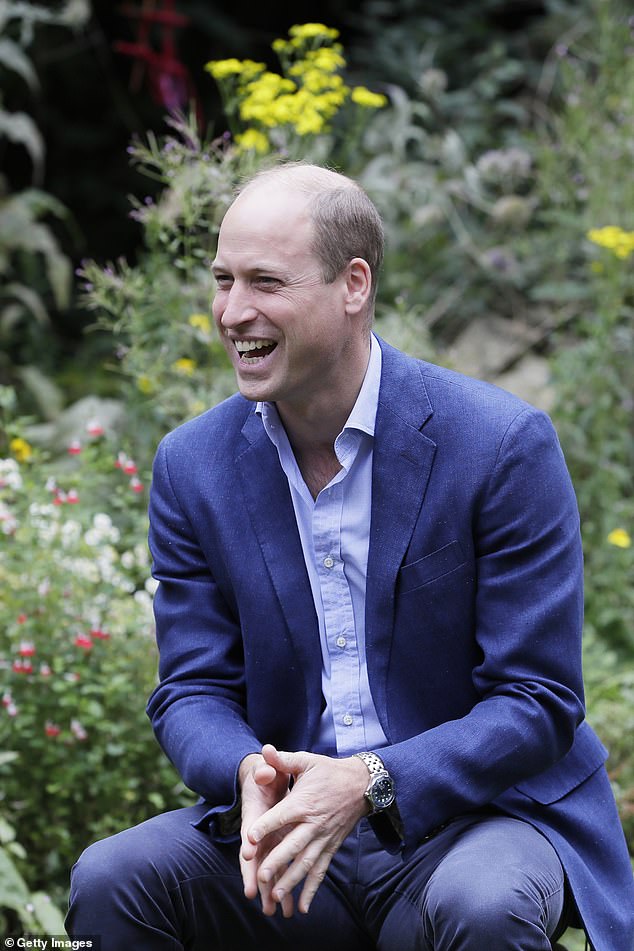 In 2005 Prince William followed in his mother’s footsteps becoming patron of Centrepoint, his first patronage 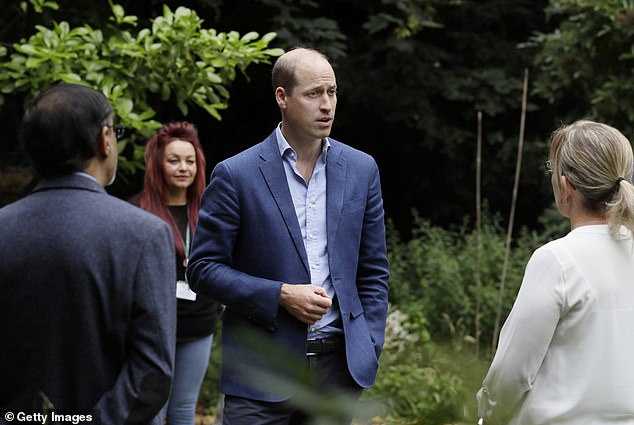 ‘So there’s opportunities here, there really is, to do this and we’ve just got to be a bit brave and a bit bold to get it done,’ stressed the duke.

The duke chatted to former homeless clients of the Light Project Peterborough and listened as Gary Griffiths, 55, originally from London, described his ‘nightmare’ experience of living in his truck for six weeks before lockdown, but he has now been rehoused.

The lead roofer, who carried out restoration work on Windsor Castle following the 1992 fire, broke the ice when the duke first arrived, asking him ‘Excuse me Sir, have you lost weight?’

To laughter from the group William replied: ‘I’m worried now where you’re looking at, do I look like I’ve lost weight?

‘Around the jowls maybe, have a lost a bit a weight up here, around the chin? Maybe lockdown hasn’t been quite so (bad).’

Robert Smale, 55, moved into a tent temporarily after an amicable break-up but ended up living under canvas for more than six years before taking the chance to get a more permanent home. 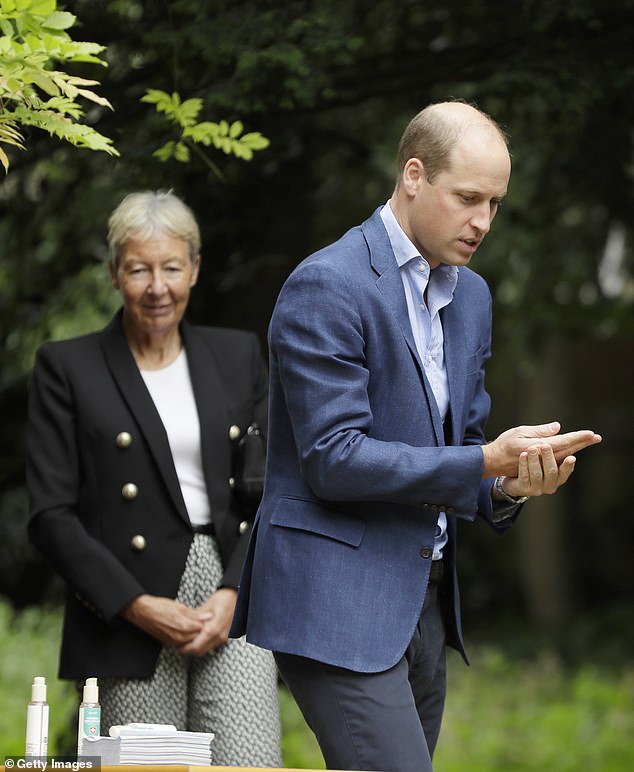 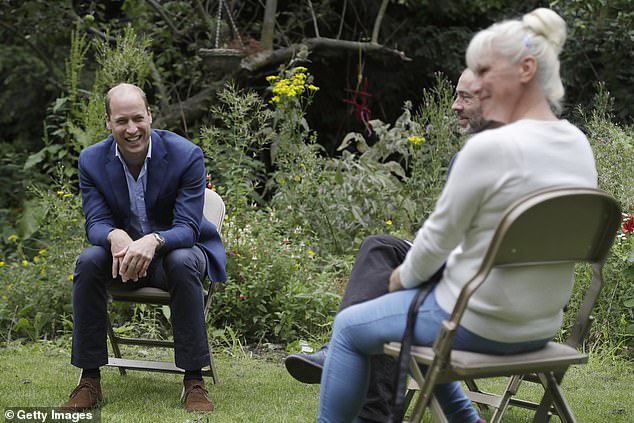 He laughed with the service users as they shared their personal experiences, including Regina Paskovskaja (right)

When William asked what were the group’s hopes for the future, Mr Smale replied: ‘Personally I’ve got no intention of going back on the streets again.

‘(If) I’ve got this chance to better my life – then I’ll take your arm off, I’ll take it with both hands and snatch.’

Referencing the duke Mr Griffiths quipped: ‘You’re not going to take his arm off?’ and everyone laughed and William said ‘Gary was saying I was looking quite trim.’

Mr Smale joked the duke was ‘too lean for me’ and the royal replied laughing ‘All skin and bone, that’s what I am’.

After the duke had left Mr Griffiths said William had told him about a particular morning after a boozy night before.

He said: ‘I said ‘you need a bit of pie and mash in you, fatten you up a bit’ and he said ‘don’t, I ate jellied eels on a hangover, after a bender’ which I thought was quite good, at least he’s human.’