Koo Stark, the Duke of York’s former girlfriend, has been called ‘evasive and combative’ by a judge who ruled against her claim for financial support from the father of her daughter.

The unmarried pair had a daughter and Ms Stark claimed he made the promise in return for her giving up plans to write a newspaper column called ‘Diary of a Single Mother’.

Koo Stark (left), 63, and Warren ‘Robbie’ Walker (right), 60, pictured outside the High Court during the hearing in January this year

In the ruling published yesterday Ms Stark was refused her claim of hundreds of thousands of pounds from her former partner Mr Walker who insisted she was a ‘gold digger’.

Judge David Halpern, who oversaw a High Court hearing in London on the row, criticised Ms Stark’s attempt to block the press from the proceedings after she requested that the ruling was published anonymously to stop her adult daughter from being identified – an appeal which was rejected by a court of appeal judge.

He said that she had been ‘both evasive and combative’ when answering questions, reports The Times. 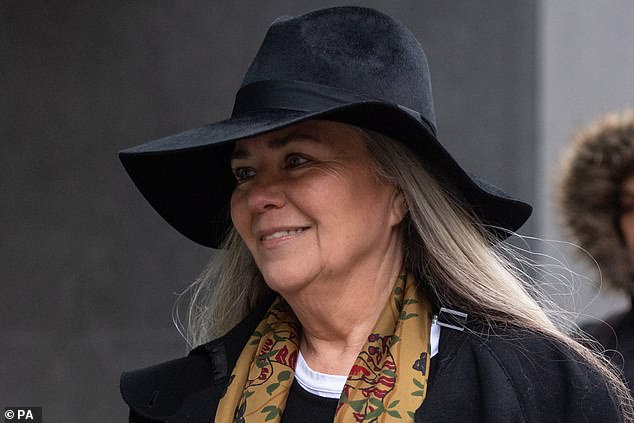 Ms Stark, pictured outside the Rolls Building at the Royal Courts of Justice in central London on January 28, before a hearing in the High Court trial with her former partner

Adding that Ms Stark sought to use her five-hour cross-examination over two days of the hearing ‘as a platform for making the points she wanted to make instead of answering the questions she was asked’.

Judge David Halpern detailed that Ms Stark had submitted court documents which were ‘inconsistent with her witness statement’.

Additional to the £50,000 a year for the rest of her life Ms Stark claims Mr Walker promised she also argued that he was in breach of a 2001 contract in which he had promised to give her a £200,000 lump sum to secure a home.

The ruling found that Ms Stark had ‘failed to establish’ the alleged promises were binding agreements.

Judge Halpern wrote: ‘It would not be an exaggeration to say that the parties disagreed on almost everything, save for that they each clearly love [daughter’s name].’ 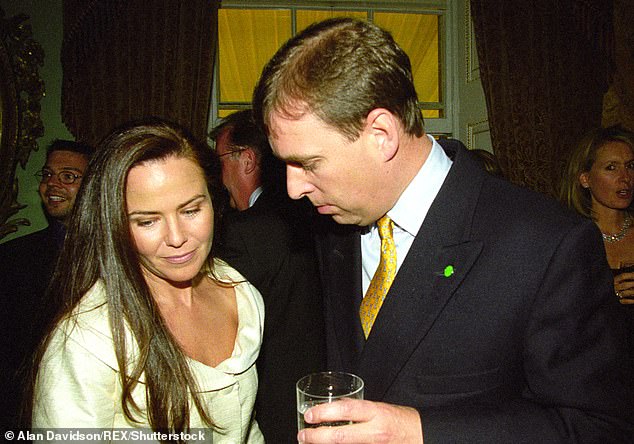 However Mr Walker, who is a partner in a Boston-based finance company and heir to the mighty Forbes publishing and shipping fortune, claimed it was only once and, even then, it was ‘informal’ in that it was not a serious commitment.

‘We were never formally engaged. The whole idea was to see if we could get along, to see if we were compatible,’ he told the judge.

The court heard the pair met in 1994 and started a relationship, living together in a mews house in Knightsbridge, west London.

Ms Stark had been an actress and photographer, but more famously an ex of Prince Andrew – while Mr Walker was a financier with a guarded private life.

She told the court that, while pregnant with their child in 1996, she had been in negotiations with The Times to write a column called ‘Diary of a Single Mother’.

It did not come to fruition, but while pregnant a second time in 1997, the idea was raised again, she told the judge.

Unhappy with what he viewed as the ‘distasteful and unethical’ idea, Mr Walker made the £50,000 a year promise in a handwritten letter, she said.

The letter stated that he would ‘guarantee’ her the ‘equivalent of £50,000’ a year out of ‘kindness and love.’

Ms Stark said Mr Walker had repeatedly told her that the promise was in return for her abandoning the ‘Diary of a Single Mother’ column idea.

He strongly disliked any form of publicity and was very keen to prevent it from happening, she said.

She claimed he told her his promise was ‘as good as a bank note’ and that he would treat her as a ‘wife or ex-wife.’

And she claimed the reference to ‘the equivalent of £50,000’ meant that the sums due to her should rise with inflation each year.

Relations between the couple broke down at the end of 1999 and a flurry of litigation has ensued in courts on both sides of the Atlantic in the years that followed.

Judge Halpern said Ms Stark had been ‘understandably furious’ when, at one point during the second pregnancy, a lawyer of Mr Walker’s had ‘suggested that she had sought to blackmail Mr Walker by threatening to have an abortion.’

‘She was also understandably hurt at this travesty of the facts, given that the second pregnancy was aborted on medical grounds,’ he said.

Mr Walker accepted that the 1997 letter was in his handwriting, but said it was not intended to be a legally binding document.

He said he had made the promise to give Ms Stark some comfort and to smooth the way for him to continue having access to their child.