The state coroner has ruled a fatal knife attack on Bourke Street in 2018 was a premeditated act of terror and called for major changes to the sharing of information between crime and intelligence agencies.

Hassan Khalif Shire Ali, 30, had been a national security person of interest for three years when he descended on the Melbourne CBD armed with knives and a ute filled with gas canisters on November 9, 2018. 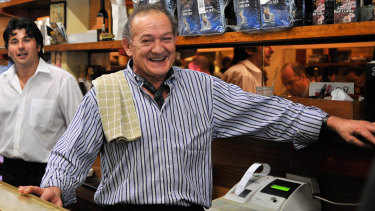 On Monday, State Coroner John Cain found there were missed opportunities in the lead up to the attack including intelligence gaps, incomplete tasks and delays in referring Shire Ali for assessment for a deradicalisation program.

“Hassan’s actions in the Melbourne CBD on the afternoon of November 9, 2018, constituted a premeditated act of terrorism and and ISIS inspired attack,” Mr Cain said.

“The decision by [the Security Intelligence Unit] to manage Hassan as a low-risk person of interest was premature.”

The coroner released a swathe of recommendations including that Victoria Police review, and amend where necessary, operating procedures for the completion of tasks and its internal flagging system for persons of interest.

He also recommended the country’s security, intelligence and counter-terrorism divisions consider developing a joint review process for all attempted and successful terror attacks.

A 2020 inquest into Shire Ali’s deadly 2018 rampage heard there was confusion among intelligence and counter-terrorism agencies over who was monitoring the Islamic extremist before he struck.

Shire Ali had been bailed weeks before the terrorism act and was wanted on five separate arrest warrants. But the coroner was told counter-terrorism officers were unaware of where the 30-year-old lived. 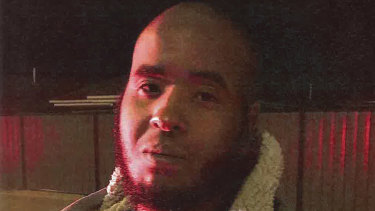 Picture of Hassan Khalif Shire Ali in the weeks before his fatal Bourke Street attack. I

When they finally tracked down his address months later, they organised uniformed officers to arrest him over his escalating violence against strangers, including attacks with a sledgehammer.

The day before that planned arrest, on November 9, 2018, at 4.20pm Shire Ali drove a ute down Bourke Street, in a blue Rodeo ute filled with gas cylinders he’d bought at Bunnings and parked between Swanston and Russell streets, before setting the ute alight.

Following failed negotiations to surrender, the 30-year-old was shot by police in front of large crowds and later died in hospital. 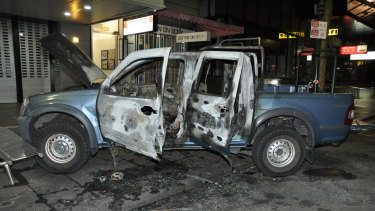 At the time of his death, he was also a “national security person of interest”, but had never been accepted into a deradicalisation program despite, at one time, being classified as being “high-risk”.

Shire Ali was known to ASIO, AFP and Victoria Police at the time of his death after he and his wife, Beyza Eren, had their passports cancelled while attempting to travel to Somalia in 2015.

Police found it was likely Shire Ali would “engage in politically motivated violence” if he continued to hold a passport, as he was carrying ISIS material. The passport was cancelled soon after. 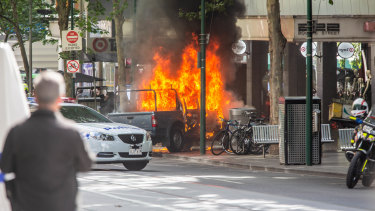 A general view of the scene on Bourke Street where Shire Ali carried out his deadly rampage.Credit:Stuart Gaut

At the time of his death there were five warrants out for Shire Ali’s arrest.

No internal police review has ever been undertaken into the management of Shire Ali’s national security risk file in the two years since his suspected terror attack on Bourke Street, one of the state’s most senior officers has revealed. 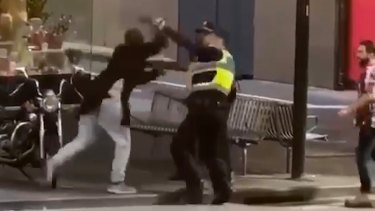 It is normal for people to have strong emotional or physical reactions following a distressing or frightening event. People can seek help and advice by visiting their local doctor or calling Lifeline 13 11 14, GriefLine 1300 845 745, or beyondblue 1300 224 636.