Pregnant financial analyst is awarded £4,000 after her boss said she was ‘letting the team down’ by going to antenatal check-up

A pregnant finance analyst was awarded £4,000 after her boss told her she was ‘letting the team down’ by attending an antenatal appointment.

Sali Jallow, 32, who was in her first trimester, had been having days off work sick due to her pregnancy and phoned her boss at insurance firm QBE Management Services to inform him the antenatal check-up was running late.

A tribunal heard ‘unsympathetic’ finance director Stephen Flack complained to her over the phone and criticised by saying the amount of time she was missing was hindering their output. 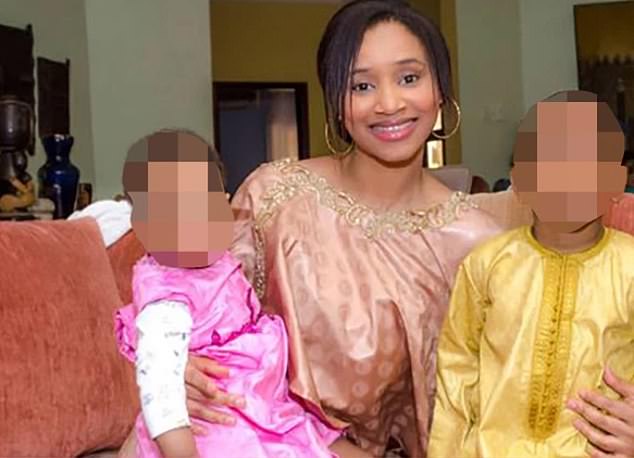 Sali Jallow was awarded £4,000 from an employment tribunal for pregnancy discrimination

Ms Jallow was left so ‘upset’ she rushed back to work, ditching the class entirely in March last year.

It was also heard Ms Jallow, who had been with insurance firm QBE Management Services since 2015, was also suffering withdrawal symptoms having been taken off depression medication following a miscarriage just months before

London Central Employment Tribunal Centre heard Ms Jallow had returned from maternity leave in January 2018 and also experienced issues with her company then.

Jallow told The Sun: ‘It was only my second antenatal class and my boss told me I shouldn’t go any more. It was horrible.’

The mum of two gave birth to a healthy girl last August and has since left the company and works elsewhere.

Ms Jallow – who was told she was ‘letting the team down’ by Mr Flack – sued the London-based firm for pregnancy discrimination and won £4,000.

Employment Judge David Khan criticised QBE for ‘compelling her to miss an antenatal appointment at an early and potentially critical stage of her pregnancy’.

A tribunal report, detailing the March, 2019, incident, said: ‘On March 21, 2019, the claimant telephoned Mr Flack from hospital to report that her antenatal appointment was running an hour late.

‘In her evidence to the tribunal, she said that Mr Flack told her that she had taken too many sick days and antenatal appointments, and this was affecting her output, and she was letting the team down.

‘The claimant said that because of this she rushed back home to work and missed her appointment. Mr Flack was unable to recall this telephone call.

‘In his evidence to the tribunal, he said that the claimant’s sickness absence was not an issue at this stage and he could not recall ever telling the claimant that her sickness was affecting her work.

‘He also said that this did not sound like something he would say, although he was unable to categorically deny it.’

Judge Khan said: ‘We do not accept Mr Flack’s evidence. We find that he complained about the amount of time that the claimant was taking on sickness absences and on antenatal appointments.

‘We do not feel that the claimant would have taken this step lightly. Although her pregnancy was not at this stage deemed high-risk, she was in the first trimester and she had suffered a miscarriage in October 2018.

‘She had discussed her miscarriage a week earlier with [another colleague]. She was clearly mindful of this. We find that she missed her appointment because she felt compelled to do so.’

He added: ‘We also take account of Mr Flack’s unsympathetic view that the claimant should not be paid for sickness absences as the business

had had no benefit from her on these dates.

‘This is consistent with the claimant’s evidence that Mr Flack was unsympathetic towards such absences as they were unproductive.

‘We find that this was detrimental to the claimant. Not only did these comments upset her they compelled her to miss an antenatal appointment at an early and potentially critical stage of her pregnancy.’

Ms Jallow’s other claims, which related to other pregnancy discrimination and flexible working detriment, were dismissed by the tribunal.

QBE was described as providers in ‘specialist insurance and reinsurance’ and is listed on the Australian Stock Exchange.