‘Poohsticks’ bridge in East Sussex which was immortalised in AA Milne’s Winnie the Pooh is snapped up by Eton-educated Lord for more than £131,000

A bridge made famous by the Winnie the Pooh stories has sold for more than £131,000 at auction.

The honey-obsessed bear’s creator, AA Milne, played on the bridge in Ashdown Forest, East Sussex, with his son, Christopher Robin Milne, where they invented the game of Poohsticks.

Bids for the century-old structure came in from all over the world, with a British nobleman coming out on top. 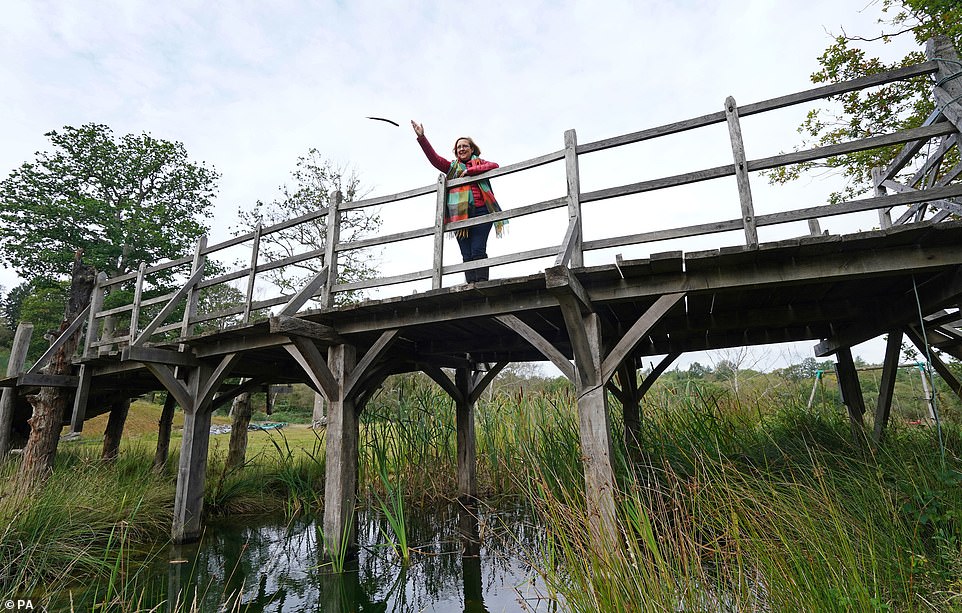 The restored bridge, (pictured) made famous by the Winnie the Pooh stories has sold for more than £131,000 at auction today 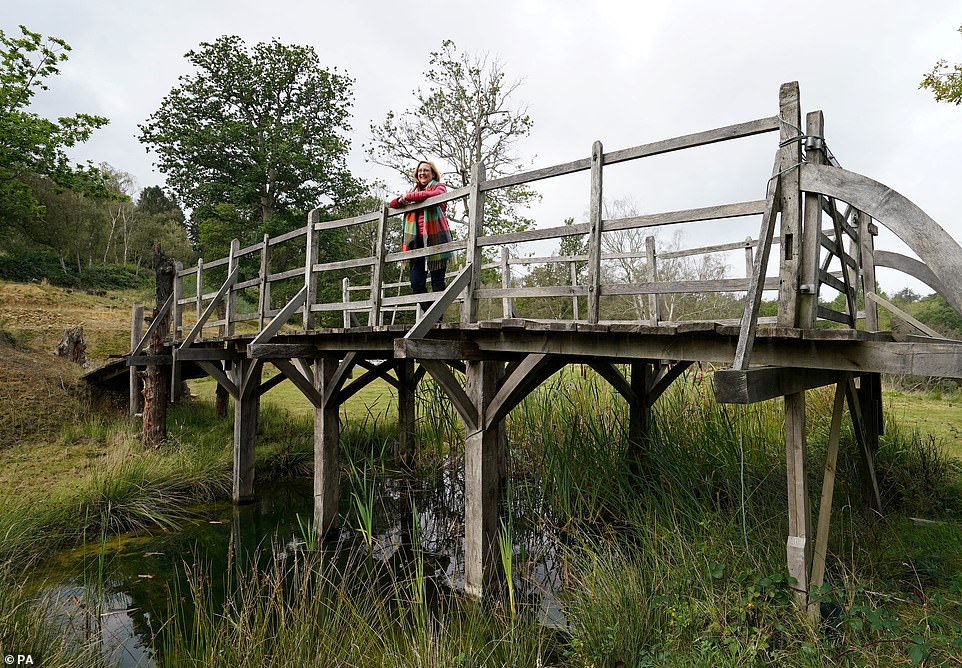 The restored bridge, (pictured) which featured in A.A. Milne’s Winnie the Pooh books and E.H. Shepard’s illustrations, was replaced in 1999, but the original has been fully restored 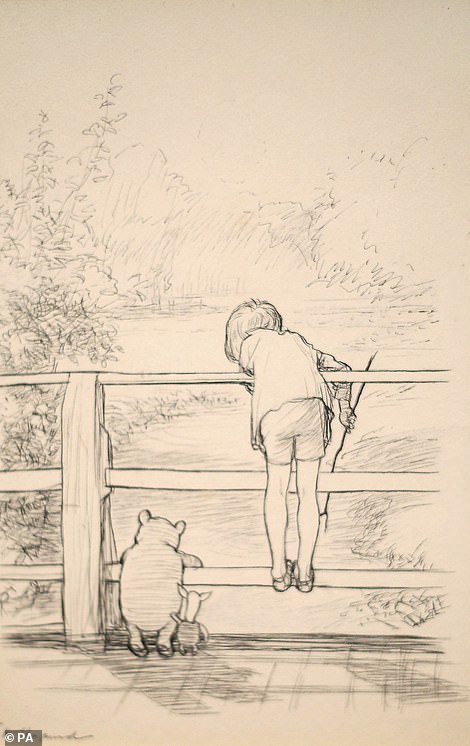 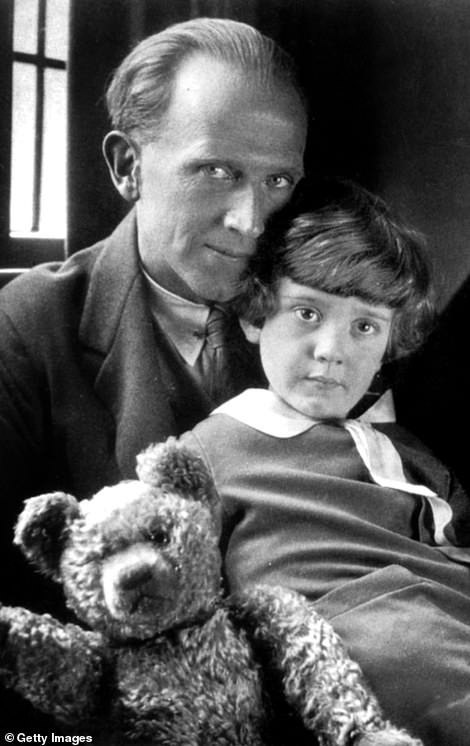 A drawing by E.H. Shepard of Winnie the Pooh (left) as the bear plays ‘Poohsticks’ with Piglet and Christopher Robin on the famous bridge that inspired the author. AA Milne (right) with his son Christopher Robin Milne, who was made a lead character in the legendary children’s novels

The history of Poohsticks Bridge

The wooden bridge was built in 1907 across a tributary stream of the River Medway River.

Originally called Posingford Bridge, it can be accessed by a short walk through Ashdown Forest.

Over the years the bridge has been rebuilt to replicate the original sketches made by artist Ernest Shepard for A. A. Milne’s books.

The reconsutruction was made possible with a substantial donation from the Disney Corporation and donations from members of the public.

It was renamed Poohsticks Bridge and reopened after its reconstruction in 1979 by Christopher Robin Milne, the famous author’s son and the inspiration behind the character Christopher Robin in his father’s Winnie-the-Pooh stories.

Now it has become a popular spot with tourists, and thousands visit every year to play the game of Poohsticks – a game first mentioned in A. A. Milne’s book, The House at Pooh Corner.

Originally built around 1907, the bridge rose to fame after being included in Milne’s children’s books and was officially renamed Poohsticks Bridge in 1979.

In 1999 it was taken apart after being worn out by thousands of tourists, and a replacement was built. 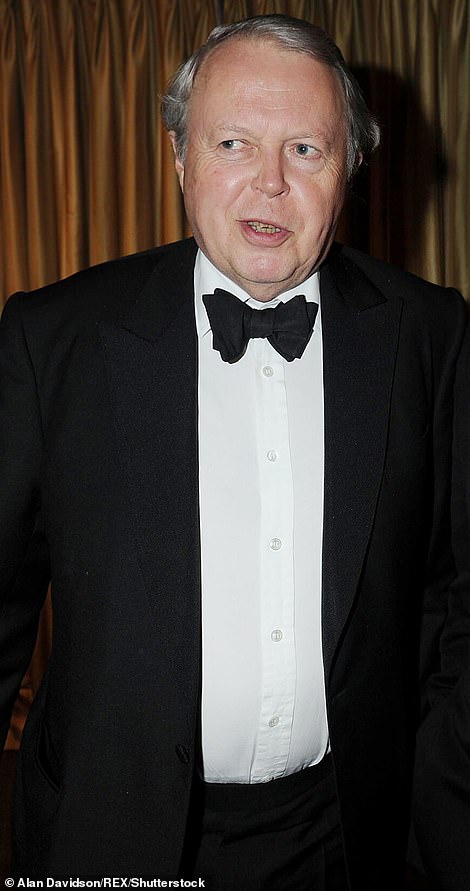 Auction winner Lord De La Warr (pictured in 2010), who already owns the ‘Hundred Acre Wood’ from the Pooh tales, said he was thrilled to snap up a piece of literary history

Auction winner Lord De La Warr, who already owns the ‘Hundred Acre Wood’ from the Pooh tales, said he was thrilled to snap up a piece of literary history.

‘I am delighted to have been able to purchase the original bridge.

‘It will take pride of place on the estate, close to its original position, and I hope that many children (and adults) will be able to admire the original bridge which inspired one of the most famous games still played by children in the UK and abroad – Poohsticks.’

The 11th Earl De La Ware’s family originally arrived in Sussex in around 1100, though the family only moved into Buckhurst in the 1950s – with the property having been rented before the Second World War.

The grand building on Lord De La Warr’s property is in fact the second such building – having been constructed in 1603 and then expanded in the 1730s.

He was also appointed as Winston Churchill’s Postmaster General – and as a boy was friends with Christopher Milne, the son of Winnie the Pooh author AA Milne.

James Rylands, specialist in charge of the sale at Summers Place Auctions, said: ‘We were absolutely delighted that we could sell a piece of literary history which has given pleasure over the generations to millions of children around the world.

‘We were thrilled by the interest the bridge received globally, but are pleased that the bridge will stay in this country.’

Until recently parts of the original bridge had been kept at the Ashdown Forest Centre when the local parish council gave permission for it to be rescued and restored.

The auction coincides with the 100th year of the original Winnie the Pooh, who was given to Christopher Robin Milne as a fluffy companion on his first birthday in 1921.

The director of Summers Place Auctions, James Rylands, revealed ahead of the auction that it’s hard to put a price on history, but there had been a lot of interest from the UK and overseas.

Speaking to MailOnline, Mr Rylands said,  ‘We’ve had global interest in the original bridge and the reaction has been phenomenal. AA Milne has inspired generations of children with his beloved tales.

‘He’s a global phenomenon and the original Poohsticks bridge has become one of the most iconic pieces of literary history that’s in physical form. It’s something that is world-famous, and has been visited millions of times by tourists across the world.

‘We’ve got an estimate of £40-60,000 but it truly could fetch anything. The most difficult thing to value is history. Something like this isn’t just historical, its nostalgic – it ticks all the boxes of what people would want. 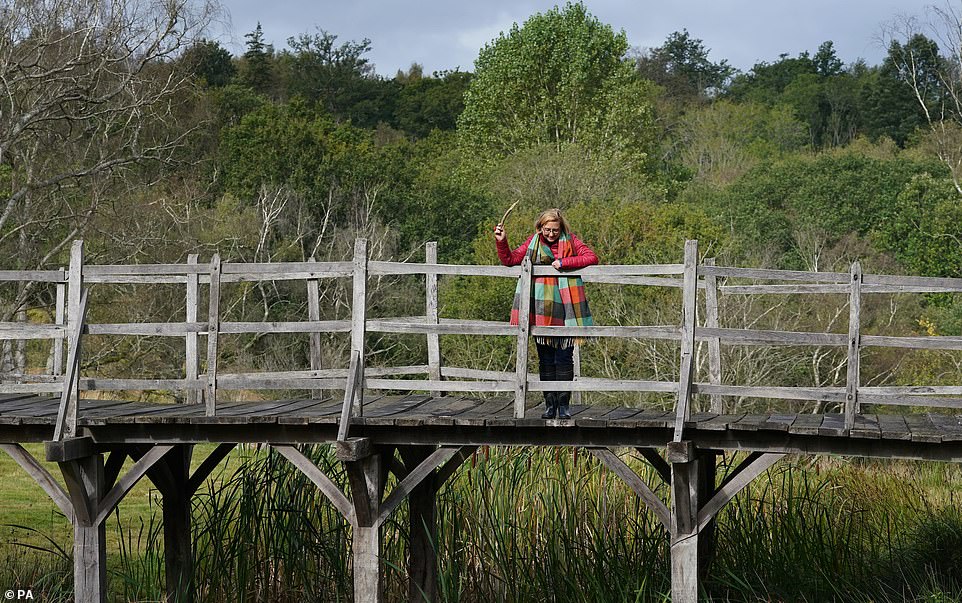 ‘Winnie the Pooh is huge and after Disney bought the rights, they paid for the replacement bridge that now stands over the river in East Sussex.

‘It’s been restored over the years but it was a working bridge, it was made for wagons to be transported across originally and as the Winnie the Pooh book became more iconic, more people visited its location in East Sussex. Someone will ultimately be owning a piece of history.’

Poohsticks has since become one of A. A. Milne’s iconic creations. It involves dropping sticks from a bridge into a downstream river, the person whose stick comes out the other end of the bridge first is the winner.

In The House on Pooh corner, where the game was first mentioned, describes how Pooh accidentally drops a pine cone into a river from a bridge and, after watching how it appeared on the other side of the bridge, devises the rules for Poohsticks. 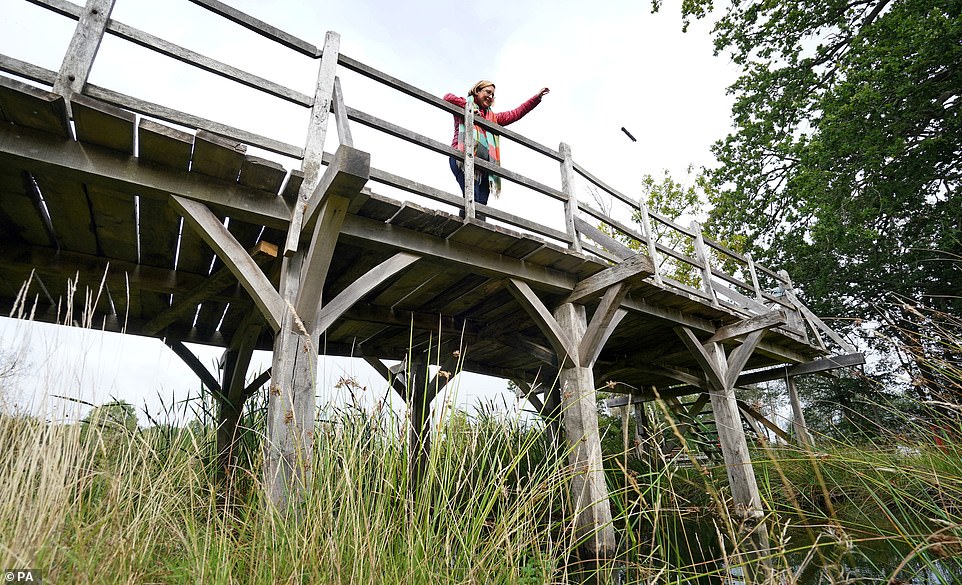 The director of Summers Place Auctions, James Rylands, revealed ahead of the auction that it’s hard to put a price on history, but there had been a lot of interest from the UK and overseas

All the other characters joined in the game in later books, including Christopher Robin, Tigger and Eeyore.

Last November, the replacement wooden bridge was officially declared closed on Monday after the wooden railing was ripped from the side of the bridge and the uprooted tree was left lying across the river.

The bridge was ‘closed indefinitely’ while repairs were made and the tree was cleared and was later reopened again to the public.

‘Poohsticks’ bridge has undergone substantial repairs in recent years due to the number of visitors it receives.

The bridge has even drawn the patronage of Disney who provided funding for works in the 1990s.