A former police officer caught moonlighting as an undertaker while off sick from his policing duties has been found to have committed gross misconduct.

PC Phillip Smallcombe, 44, was signed off sick from his duties at South Wales Police due to ill health.

But he lead the funeral cortege for hearses at funerals for Parc Funeral Services in Pontypridd, Wales, between 2015 and 2016, a misconduct hearing was told.

The shamed former cop faced nine allegation over his work in the funeral service business while off work with South Wales Police due to ill health. 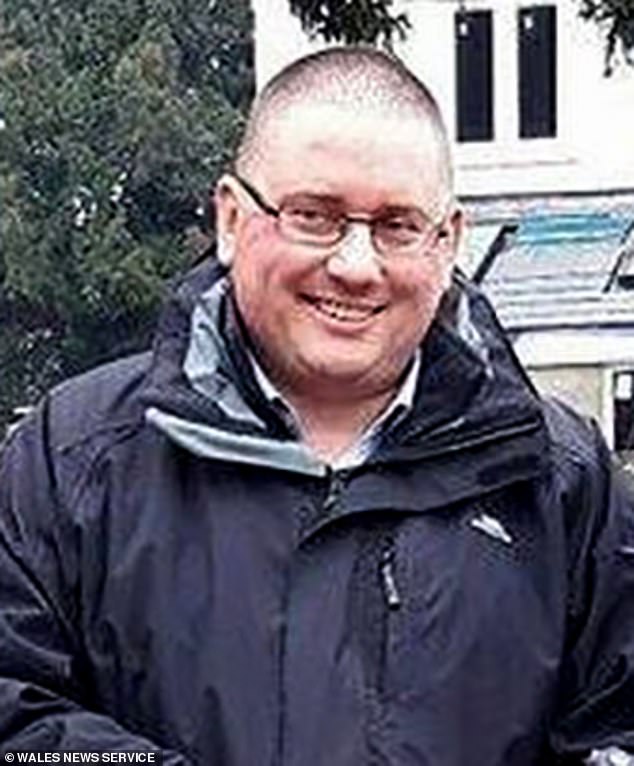 PC Phillip Smallcombe was off sick from his work at South Wales Police due to ill health. But he undertook work on behalf of Parc Funeral Services in Pontypridd, Wales, between 2015 and 2016, a hearing was told 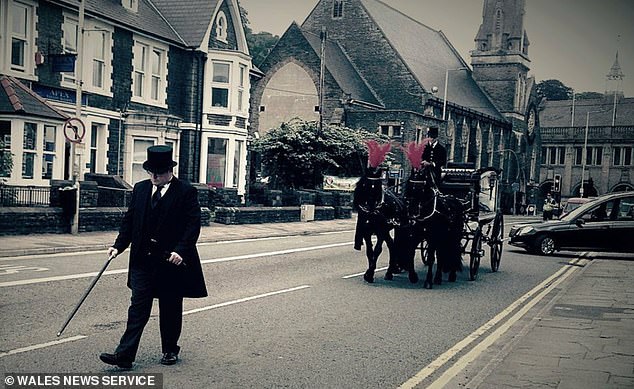 Mr John Bassett, chair of the panel at a misconduct hearing, held on Monday, said if Smallcombe, who resigned from the force in March 2019, would have been dismissed if he was still a serving officer.

South Wales Police say a referral will now be made to the College of Policing for the officer to be added to the Barring List, preventing them from returning to the profession.

The hearing heard that the former officer joined the force in 2001 before resigning last year when his funeral director fiddle was probed by senior officers.

He denied the allegations were gross misconduct – but failed to appear at the misconduct hearing.

Mr Bassett said: ‘He had failed to seek authorisation for this business interest and when he did, the application was not authorised.

‘A police officer is required to declare their business interests, which Mr Smallcombe did not do until he had been involved in the running of the business for a year, and continued working after an application was submitted and not approved.’

Police officers are allowed outside business interests – as long as those interests are authorised as having no conflict with police work and responsibilties.

Smallcombe was off work force due to ill health when he worked for the funeral company between 2015 and 2016.

Another allegation found Smallcombe used another South Wales Police employee reported to be sick to carry out work for Parc Funeral Services.

Smallcombe claimed to senior officers that he had visited someone to discuss ‘wicker baskets’ – but in fact it was about wicker coffins.

This allegation of lying was proved and breached the ‘policing standards of honesty and integrity and discreditable conduct.’ 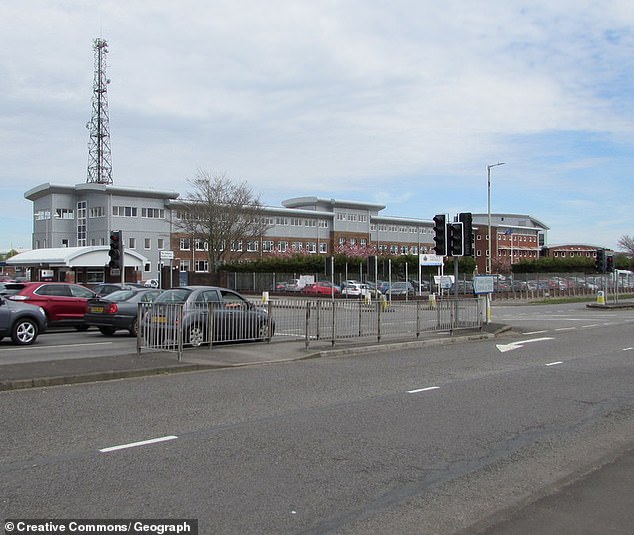 South Wales Police (headquarters pictured) say a referral will now be made to the College of Policing for the officer to be added to the Barring List, preventing them from returning to the profession

‘The officer resigned prior to the hearing but the business interests were held while he was a serving officer with the force.

‘A misconduct panel, which comprised a Legally Qualified Chair, a police Superintendent and an independent member, found six allegations proven which amounted to gross misconduct.

‘These allegations included misuse of police computer systems and matters associated with a business outside of his employment with South Wales Police which he was not authorised to carry out.

‘The panel decided that the proven allegations would result in him being dismissed if he had not resigned prior to the hearing.

‘A referral will now be made to the College of Policing for the officer to be added to the Barring List, preventing them from returning to the profession.’

MailOnline has contacted Seren Funeral Services for a comment.