Good Morning Britain host Piers Morgan has hammered Care Minister Helen Whately for failing to know how many health workers have died in the second gruelling interview with the minister in a week.

Ms Whately appeared on the show last week and was criticised for laughing as Piers confronted her over the number of people that were reported to have died in care homes.

The interview this morning Piers continued to grilled the minister on the figures that are currently being published by the government.

It has so far been reported that 111 care workers across the UK have died from the coronavirus. But Ms Whately said that 61 NHS workers had died and just 15 care workers.

Speaking on Good Morning Britain from her home in Kent, Ms Whately said the government is currently changing the way it collects data, before admitting that ‘more people than usual’ are dying in care homes. 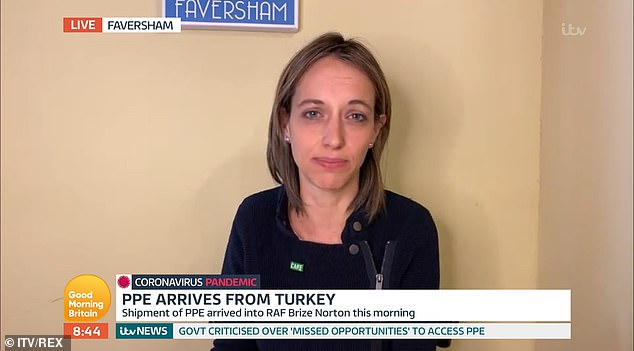 ‘The situation with data we have is that it includes some people who have died in hospitals and it would be misleading.

‘We are changing the way we collect the data so we are able to publish specific figures’.

Piers turned the conversation to the amount of people who have died and asked how many care workers had died.

‘We know 61 NHS workers have very sadly died and we have a figure at the moment of 15 care workers that have died.’

Piers showed a graphic of the people who worked in the NHS and across the care home sector which stated that it was in fact 111 people who have died from the virus. Piers added that the government is understating what is going on and asked why the government was not setting up a system to combat the amount of deaths.

‘We are indeed setting up the systems to make sure we have accurate data and that is why we are careful to make sure we use data that is accurate. We don’t want to mislead people.’

Looking at testing capacity and how deaths can be prevented Ms Whately said the capacity and number of people taking the tests mattered and highlighted there had been over 17,000 deaths in hospital.

In another life Helen Whately could have been on the other side of the coronavirus debate – directly helping patients in hospital.

The mother of three, 43, has been the MP for the affluent seat of Faversham and Mid Kent since the 2015 election. 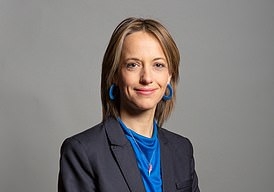 But her parents are both doctors and she came close to following in their footsteps.

However, in her maiden Commons’  speech in 2015 she revealed her upbringing had led her to a different path.

‘I come from a family of doctors, and I nearly followed in their footsteps, but time spent in hospitals as a teenager—not because I was ill; I just did lots of work experience—triggered a different ambition,’ she said.

‘I wanted to improve the National Health Service itself. After a stint in telecoms, I spent nearly a decade working in healthcare.’

Mrs Whately was tipped in 2008 as a rising Tory star by society journal Tatler.

After studying Politics, Philosophy and Economics (PPE) at Oxford she worked as a management consultant and an advisor to shadow culture secretary Hugo Swire she contested Kingston and Surbiton  in 2010, losing heavily to current Lib Dem acting leader Ed Davey.

She was chosen for her Kent seat on an all-female shortlist for 2015 as the incumbent Hugh Robertson stepped down.

She was briefly made a deputy chairwoman of the Conservative Party in the dying days of Theresa May’s administration last year, before becoming a junior minister at the Department of Digital, Culture, Media and Sport last September.

In February this year she was promoted to Social care Minister, as the coronavirus outbreak began to become a global concern.

She has been married to Marcus since 2005.

Piers pushed on and asked how many people she believed had actually died in care homes.

‘We have started changing the way we collect the data so next week we can publish a specific figure.’

Piers referred to a piece in today Financial Times that states the deaths are closer to nearly 41,000.

Ms Whately added: ‘That is not a figure I recognise and that it probably one of the issues in using data that isn’t accurate and hasn’t been validated’.

She added again that she didn’t recognise the figure and Piers responded that it was ‘hard to recognise a figure when you don’t know the amount of people who have died’.

Ms Whately reiterated that the government will publish the figures next week. Piers said he found it ‘insulting’ that the care minister did not know the number of people dying in care homes.

He said people that die in hospitals are getting more respect than people who die in care homes. He said she was not taking their deaths seriously enough.

‘That’s an incredibly unreasonable accusation, I take every death seriously, I would wish that nobody would die but the fact is is that this is a horrid virus and we know that those who are in care homes are the most vulnerable because of their age and because they have underlying health conditions.

‘We know people are dying in care homes’, she added.

Piers said 11,000 people had died in care homes and that the FT had completely different numbers to the government minister.

He said the reason that this matters, is that if these figures are correct then it would mean the UK is the second worst-hit country in the world, just second to America in terms of deaths caused by the virus.

‘What I am saying to you is we need to make sure the figures we have don’t duplicate so we can publish next week data that has hospital deaths and other care settings.

‘We know people are dying in care homes and the outbreaks are hard to contain there.

She added that throughout this process the government had been taking the scientific advise, but highlighted that everyone was still learning about the virus and how best to manage outbreaks.

‘We also have known all the way through that people would die, we are doing everything we can’.