Pictured: Man, 20, who was gunned down in west London and died as screams of ‘help me, help me’ rang out while onlookers battled to save him – sparking 50th murder probe in capital

A man aged 20 who was shot in west London and died while screaming ‘help me’ has been pictured for the first time.

Alexander Kareem was found with gunshot wounds in Shepherds Bush at 12.40am on Monday.

Despite desperate attempts to save him from onlookers and paramedics, he died at the scene, sparking the 50th murder probe in the capital this year.

Witnesses said they heard someone screaming ‘help me, help me’ in the wake of the shooting.

It is believed Alexander had visited a convenience store and was walking towards his home, also in Shepherds Bush, when he was shot.

A white Range Rover, seen in the area before the shooting and later found burned out nearby, is being traced by police as ‘a key line of inquiry’.

Detectives would also like to hear from anyone who may have captured either the shooting or the Range Rover on dash cam. No arrests have yet been made. 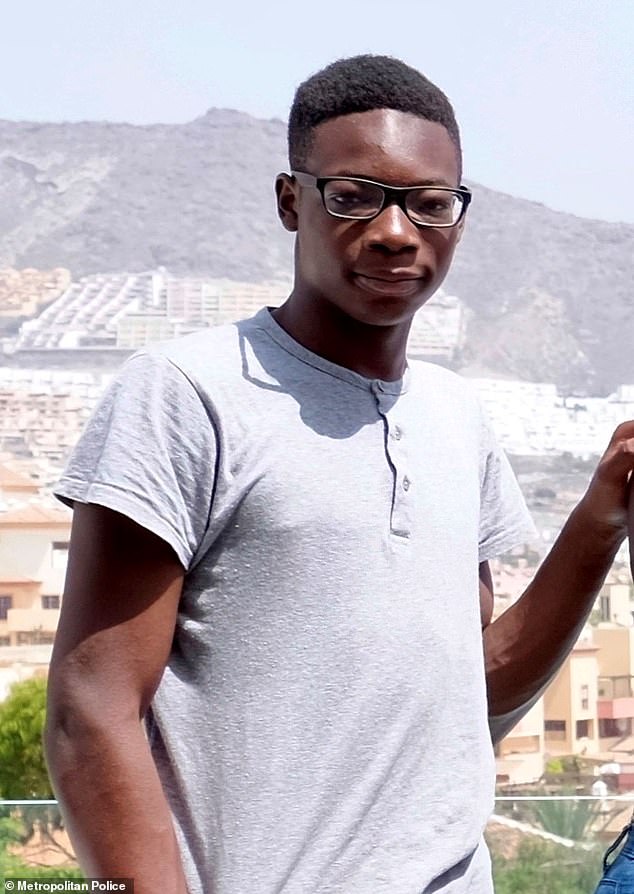 Alexander Kareem was found with gunshot wounds in Shepherds Bush, west London at 12.40am on Monday and died at the scene

A 69-year-old resident in Shepherds Bush, who did not want to be named, said she was laying in bed at about 12:30am when she heard ‘two or three’ gunshots.

‘I heard shots and somebody calling ‘help me, help me’,’ she said. The woman called the police and watched the nearby scene from a window.

She said: ‘I saw a man laying in the street, sort of in the gutter in front of the bus stop, and several cars had stopped and the people were trying to help and one of them was trying to give CPR.’

The woman was later informed by police officers knocking at her door that the victim had died.

The local resident said the incident ‘didn’t make me feel that I’m in danger’. She added: ‘I’m concerned that this happened, it’s terrible for somebody to be killed.’

A 42-year-old mother-of-two, who did not want to be named and who lives close to the spot where the man was fatally shot, said it was a ‘strange and traumatic experience’ for it to happen so close to home.

She had been falling asleep when she heard a noise and looked outside to see a man lying on the ground being helped. Only later was she told he had been shot and died. 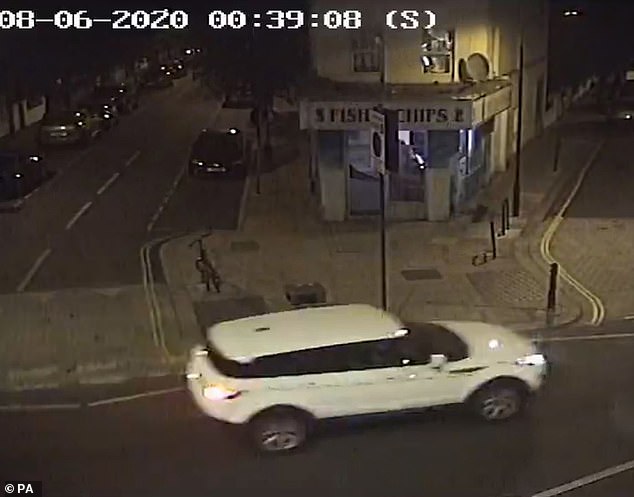 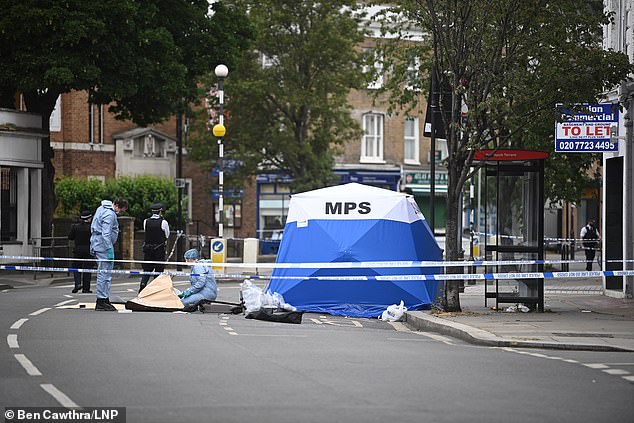 Police investigate in Shepherds Bush, West London, on Monday morning after a man was shot dead 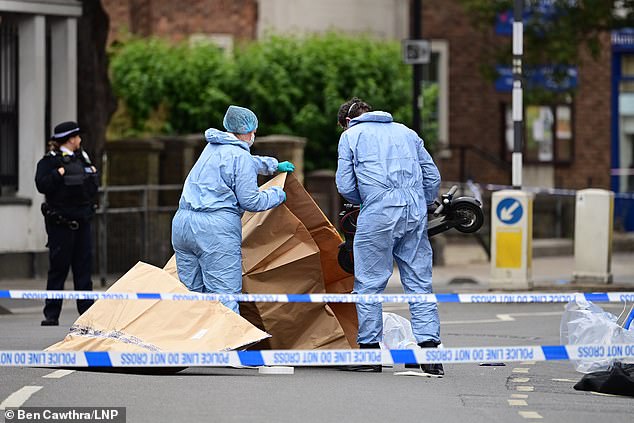 The victim was gunned down in Shepherds Bush at 12.40am and pronounced dead at 1.26am

‘A very traumatic experience I must say, I’ve never seen anything like that before,’ she said.

The woman added: ‘Probably what I heard was gunshots but I didn’t realise it was that because I’ve never heard it before.’

She said the incident left her questioning ‘how safe can you feel?’.

Detective Chief Inspector Wayne Jolley, said: ‘Alexander was just 20 years old when his life came to an end in such a tragic way. We are determined to bring those responsible for this unnecessary and terrifying violence to justice.

‘We continue to appeal for witnesses who may have seen or heard what happened to come forward. The white Range Rover seen in the area and later found burned out is also a key part of the investigation.

‘We send our heartfelt condolences to Alexander’s family at this time.’

Any witnesses or anyone with any information should call 101 quoting CAD 224/08June, or tweet @MetCC.