IMAGES have been released of North Korean leader Kim Jong-un purportedly showing him chairing a coronavirus meeting – amid rumors he is in a coma.

The country's state news agency KCNA said on Wednesday Jong-un gathered the politburo to call for prevention efforts against the virus, and an impending typhoon.

The meeting assessed “some defects in the state emergency anti-epidemic work for checking the inroads of the malignant virus”, KCNA said in a statement, according to Reuters.

The meeting was the third high-level political conference in as many weeks, according to AP.

North Korea has yet to confirm a single-case of COVID-19, but outsiders have widely doubted its virus-free claim

Jong-un set tasks for the party and public services at every level, "saying that to thoroughly prevent the casualties by the typhoon and minimize the damage to crops is important work which can never be neglected even a moment," KCNA paraphrased the leader as saying. 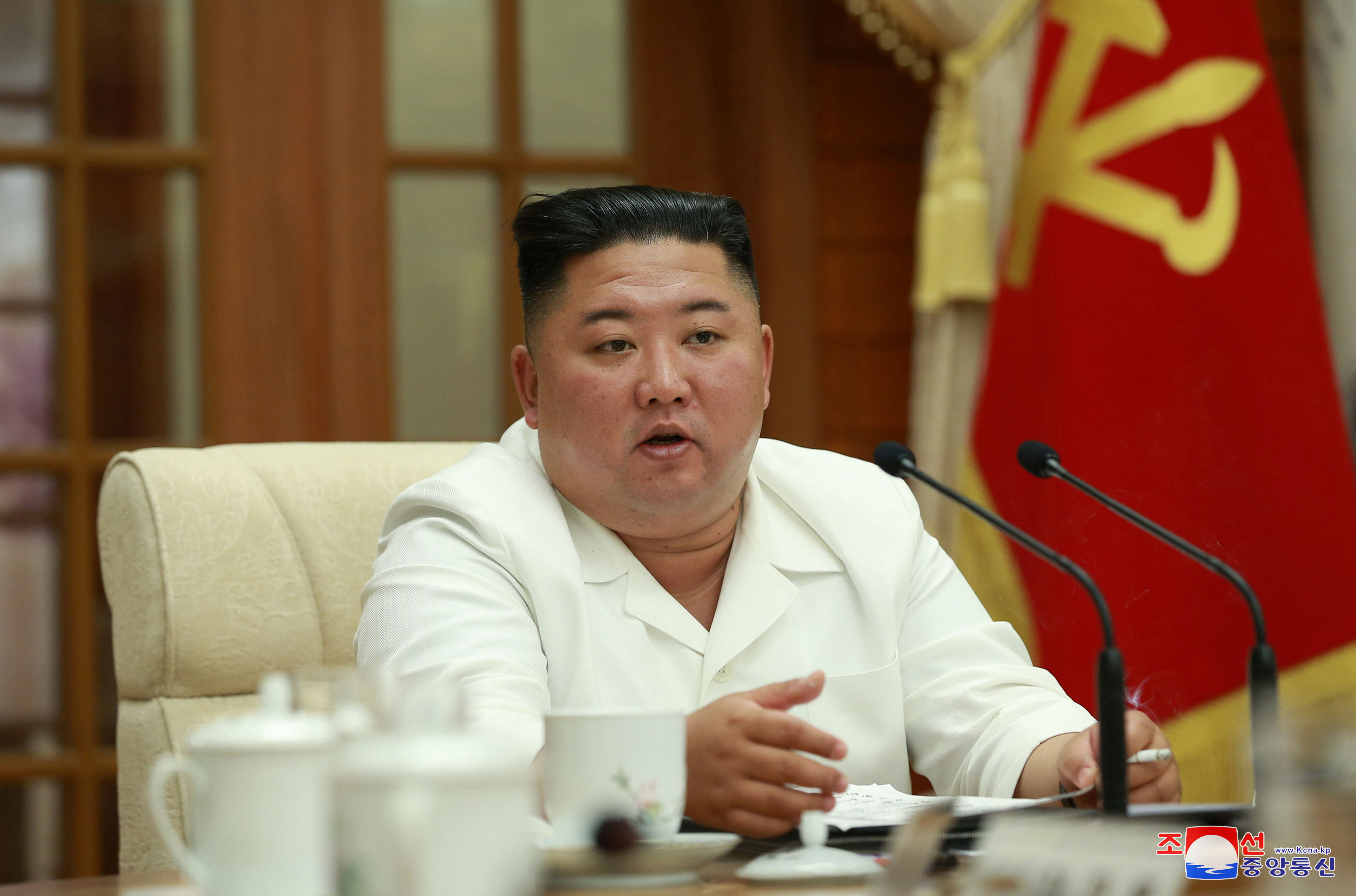 Typhoon Bavi as of Wednesday morning was near the South Korean island of Jeju and was on course to hit the northwest coast of the Korean Peninsula around daybreak Thursday morning. South Korea's weather agency said it had a maximum wind speed of 155 kilometers per hour (96 mph) and was forecast as one of the strongest to hit the peninsula this year.

During a meeting last week, the ruling party scheduled a rare congress in January to set development goals for the next five years.

Experts say the coronavirus derailed some of Kims major economic goals after North Korea imposed a lockdown that significantly reduced trade with China, its major ally and economic lifeline, and likely hampered its ability to mobilize its workforce.

However earlier this month a South Korean official claimed Jong-un was in a coma.

The 36-year-old has been seen in public only a handful of times since reportedly undergoing heart surgery in April.

Photos released recently by North Korea's state media have shown him attending meetings with senior officials, although questions have been raised about their authenticity.

Speaking to local media, Chang Song-min, a former aide to late South Korean president Kim Dae-Jung, said he believed figures within the regime were trying to conceal a decline in Kim Jong-un's health.

“I assess him to be in a coma, but his life has not ended," he said.

Video broadcast on North Korean state media purportedly shows Kim appearing at the Sixth Plenary Meeting of the 7th Central Committee of the Workers’ Party of Korea on August 19.